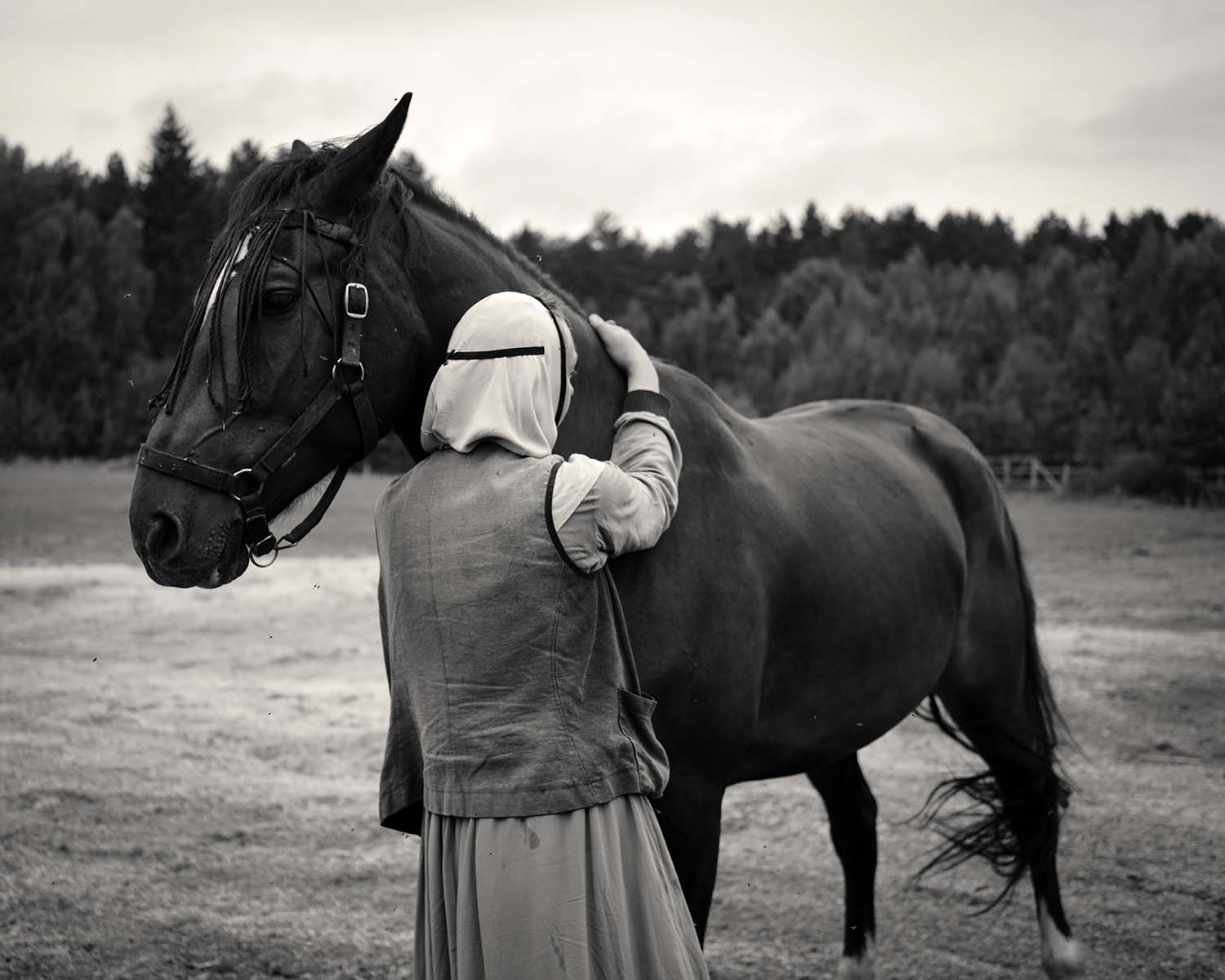 Photographer Alys Tomlinson has used the Sony Grant to create a series called Vera, which was developed from her award-winning series, Ex-Voto. In this further body of work, she uses film and photography to focus on the fascinating story of a Belarusian nun.

Living in a rural convent, Vera has an intense and spiritual connection with the wild horses she looks after on the convent's farm. Other duties include teaching vulnerable men and women (including drug addicts, ex-convicts, domestic abuse survivors and the homeless) new skills, to help them recuperate and find purpose in life. Influenced by Polish and Russian filmmakers, Tomlinson intimately explores Vera's story using personal accounts and drawing on history, tradition and the power of faith.

Sony awarded Tomlinson with a Professional Sony Grant after Ex-Voto was awarded 1st Place in the Professional Discovery category of the 2018 Sony World Photography Awards. She was also awarded the coveted Photographer of the Year title for this body of work.

You have based this body of work on an exploration of a nun called Vera, who you met on a Holy Mountain in Poland. What drew you to her in particular as inspiration?

I first met Vera when I was working on my project ‘Ex-Voto’ in Poland. She was at a pilgrimage site called Mount Grabarka for a special feast day, a significant day in the Orthodox Christian calendar. She was collecting donations for her convent and she had an immediate and very powerful presence. The portrait I took of her in the woods became one of my favourites of the whole series. There was something unique about how she confronted the camera. When I met her, she told me that Vera means ‘faith’ in Russian. The name Vera was given to her when she began her new life in the convent.

After we met in Poland, we stayed in touch. I sent her the portrait I’d taken and she invited me and my assistant to stay at her convent in Minsk, Belarus. The new work is an extension of my ‘Ex-Voto’ project. We were given incredible access to the convent, which is a very private and hidden world. We also visited the rehabilitation centres that the sisters run in rural Belarus. These centres are for men and woman facing difficult personal challenges, including the homeless, ex-prisoners, drug and alcohol addicts and survivors of domestic abuse. We became part of the community for a week, dressing in headscarves and long skirts and attending the weekly meeting for the nuns, led by Father Andrew.

The longer we spent there, the more people began to see us around and trust us. How long did it take to develop this series?

The main body of work is the short film, but I also took still photographs for the series. We were only in Belarus for a week, but during this time we were up most days at 5am for morning prayer and followed Vera’s routine. Vera’s obedience (duty) is to look after the wild horses on the farmland belonging to the convent. Vera has an incredible connection with the horses, so we spent a couple of days there, filming the tactile and spiritual relationship she has with them. We also filmed an all-night candlelit service, inside the convent dining room, the rural landscapes and the daily liturgies.

You cite the films 'Ida' and 'The Seventh Seal' and the work of photographers Jim Goldberg, Tereza Zelenkova and Alessandra Sanguinetti as influences of this work.

Tell us more about this. I’ve always been very influenced by cinema and documentaries. At one point in my career, I thought about training to become a cinematographer. The narrative, composition and framing used in film has definitely influenced my photography. I’m inspired by many different photographers and will often flick through photography books when I’m researching a new project. I like films and images that have an expressive silence and give the viewer time to reflect. Current favourites include the work of Tarkovsky, Pawlikowski’s ‘Ida’ and Jean Rouch’s ‘Chronicle of a Summer.’

How does the work combine fiction, fact, personal stories? Tell us more about this approach?

The work and the film in particular is about monastic life and how one woman turned her life around and devoted herself to God. Through Vera, we enter a sacred space often closed to those on the outside. Some scenes seem as if they have been constructed, they are almost dreamlike, but nothing was directed this way. We were careful to be unobtrusive observers, looking to find a rhythm that reflected the quiet thoughtfulness of the convent.

How do you hope audiences will react to this work?

I would like audiences to see a connection between this work and the ‘Ex-Voto’ series. Film is a new direction for me, so I am still experimenting, but I hope viewers are drawn into Vera’s world. We have tried to be very sensitive and respectful in our approach. We wanted to capture the shadowy darkness and mood of the sisters praying, but also show how the work of the sisters touches the lives of those outside of the convent. The film is slow paced, allowing each frame room to breathe. There is a deliberate stillness carried over from the ‘Ex-Voto’ work, that I hope audiences will appreciate.

I would love to make a longer film about Vera, but only if she is comfortable with that. We’ve become good friends, but she has a hard and complicated life and I want to respect her privacy. The more I got to know her, the more she revealed. As we dashed around the countryside of Belarus with Rachmaninoff playing at full blast, she really opened up to us. She is an intriguing character, deep and serious at times, but also very playful. There is so much more to learn about her. 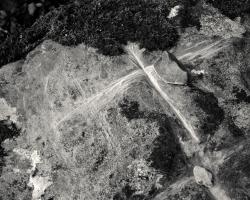 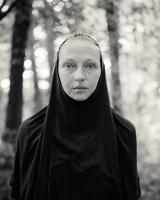 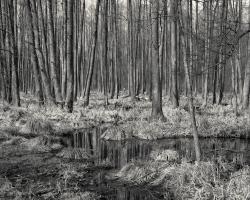 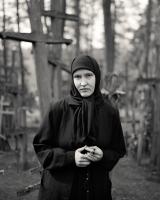 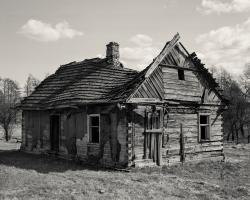 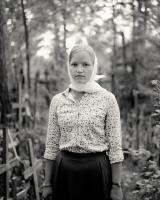 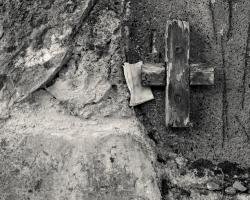 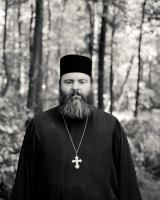 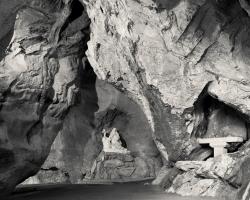 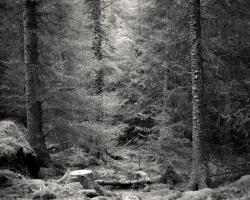 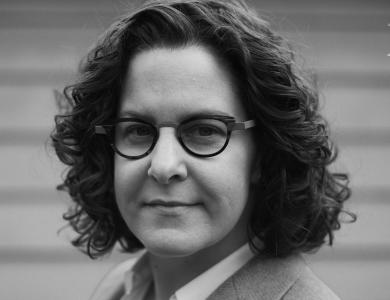 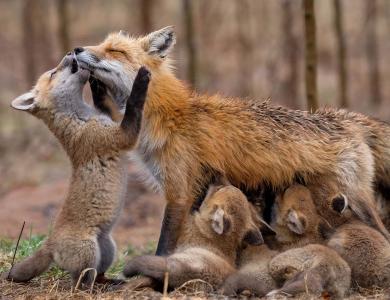