October's top Pick of the pics!

Interestingly, our top three photographs from October's entries are all portraits - and what different portraits they all are. With variety in lighting, focusing and overall feel of each image, these three pictures are a great example of how wonderfully diverse a medium photography is.

Do you have a striking portrait you feel could win prizes? Enter the Open competition for free now

Jonathan Damslund from Denmark wins a 50 image bundle for his image of Kim Phùc Phan Thi. A portrait full of strength and poise, Jonathan shares Kim's story: 'This image is called Napalm Girl, 50 years later. In 1972, on a road in Vietnam, Kim Phùc Phan Thi was running for her life with severe burns on her body, caused by a Napalm airstrike. She became a symbol of the Vietnam war. For many years, Kim Phùc has been “the girl in the picture” known as the napalm girl. But she found a way to turn that power into helping others. Today Kim Phùc is at peace, and lives to inspire. She runs her own foundation, with the mission to restore hope for innocent war-torn children. Kim Phùc is no longer “the girl in the picture.” She has transformed into a symbol of courage, peace and hope.'

Well done Laura Callsen, you're awarded a 20-image bundle for your portrait of Lea.

Great job Joaquin Domenech Casanova, you receive a 10 image bundle for your mesmirsing coastal. low light shot. Speaking about the image, Casanova says: 'The photograph is taken in Bellreguard (Spain), at dawn. I keep wondering what that woman was doing there alone watching the sunrise on the coast or who was she waiting for?' 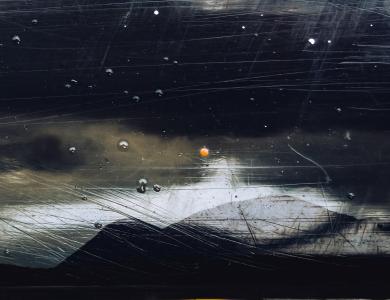 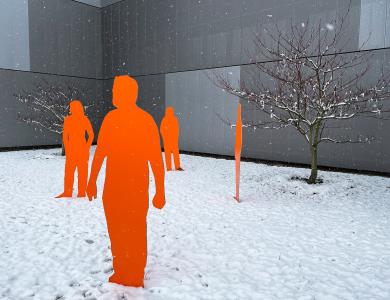