We are grateful to this year's judging panel for their time, expertise and insight. All members will each be fully involved in their competition's judging process which will be conducted to the highest standard. The individuals bring an exciting range of knowledge from a variety of backgrounds within the medium. 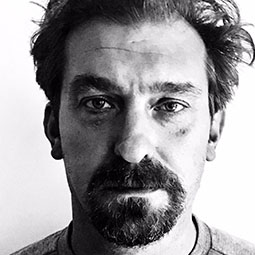 Mike Trow began his career as an editor and reportage agent for the major agency Colorific before working as Picture Editor on magazines including Bizarre and Jack magazine. He was at British Vogue for 13 years, where he led a team that commissioned, produced and art directed all portrait and feature shoots. As a photographer, he shot for Vogue and other titles. He now works as a curator, consultant, freelance editor and photographer. 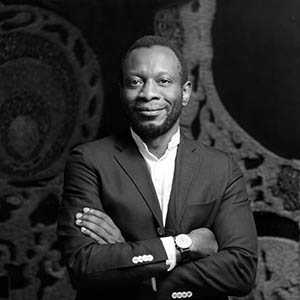 Azu Nwagbogu is the Founder and Director of African Artists’ Foundation (AAF), a non- profit organisation based in Lagos, Nigeria. Nwagbogu was elected as the Interim Director/ Head Curator of the Zeitz Museum of Contemporary Art in South Africa from June 2018 to August 2019. Nwagbogu also serves as Founder and Director of LagosPhoto Festival, an annual international arts festival of photography held in Lagos. He is the creator of Art Base Africa, a virtual space to discover and learn about contemporary African Art. Nwagbogu served as a juror for the Dutch Doc, POPCAP Photography Awards, the World press Photo, Prisma Photography Award (2015), Greenpeace Photo Award (2016), New York Times Portfolio Review (2017-18), W. Eugene Smith Award (2018), Photo Espana (2018), Foam Paul Huf Award (2019), Wellcome photography prize (2019) and is a regular juror for organisations such as Lensculture and Magnum. For the past 20 years, he has curated private collections for various prominent individuals and corporate organisations in Africa. Nwagbogu obtained a Masters in Public Health from The University of Cambridge. He lives and works in Lagos, Nigeria. 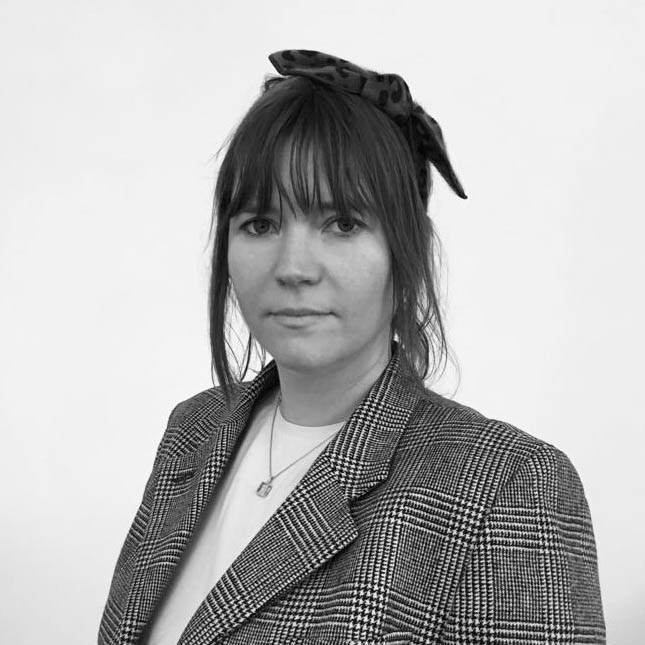 Hannah Watson is the Director of publisher Trolley Books and contemporary art gallery TJ Boulting. She joined Trolley in 2005, working alongside its founder Gigi Giannuzzi until his death at the end of 2012. Established in 2001, Trolley Books publish a diverse range of titles presenting unique stories in photography, photojournalism and contemporary art. In 2005 Trolley received a special commendation from the Kraszna-Krausz Book Awards for its outstanding contribution to photography book publishing. The gallery TJ Boulting was founded by Hannah and Gigi when they relocated from Shoreditch to Fitzrovia in 2011. TJ Boulting’s programme supports and represents emerging contemporary artists in all mediums, including Juno Calypso, Maisie Cousins, Haley Morris-Cafiero, Poulomi Basu and Benedicte Kurzen. Hannah is also Chair of the board of trustees of The Fitzrovia Chapel Foundation, the former chapel of the Middlesex Hospital in Fitzrovia, and now a secular space for arts and the community. She is also chair of the Contemporaries patron committee for The Photographers’ Gallery. 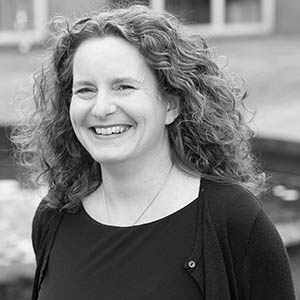 Lindsay Taylor has led the strategic development of the University of Salford Art Collection since 2013, including brokering key partnerships with artists and arts organisations across the UK and increasingly China. She pioneered a new collecting policy based on three strands: Chinese Contemporary Art, About the Digital and From the North, reflecting her passion for supporting artists and for creating a collection that tells ‘a story of now’.  Lindsay has expertise in curating exhibitions and developing public collections of contemporary art. She has commissioned new work by numerous artists from the UK and China and continues to contribute to national debate about developing contemporary collections.  In 2014 she established a Graduate Scholarship Programme, supporting a small number of artists in their first year after graduation, now in its seventh year. Previously Lindsay has held positions at the Harris Museum and Art Gallery, Preston, Tate Liverpool and The Walker, Liverpool. She is currently a trustee of the Peter Scott Gallery Trust at Lancaster University and on the advisory board for the Grundy Art Gallery in Blackpool. 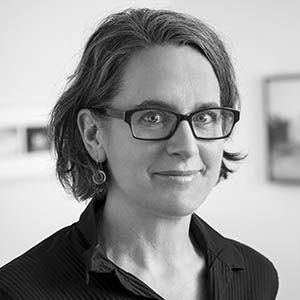 Since 2011, Natasha Egan has served as the executive director of the Museum of Contemporary Photography at Columbia College Chicago (MoCP), where she was previously the associate director and curator since 2000. She has organized over fifty exhibitions with a focus on contemporary Asian art and artists concerned with societal issues, such as the environment, war, and economics. Egan was a guest curator for the 2010 FotoFest Biennial in Houston; the United States pavilion curator for the 2016 Photo Dubai Exhibition; and a guest curator for the 2019 Lianzhou Photography Biennial in China. Egan’s most recent curatorial project was the exhibition In Real Life which examined the real-world impact of computer vision. Egan has contributed essays to numerous publications such as Beate Gütschow LS / S and Michael Wolf: The Transparent City. For over a decade, she taught in the photography and humanities departments at Columbia College Chicago, and holds a BA in Asian studies, MA in museum studies, and MFA in fine art photography. 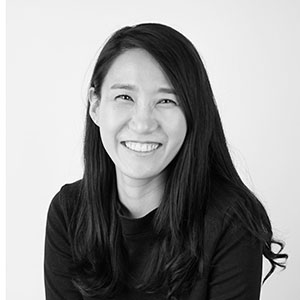 Since 2010, Kim Sunyoung has been working for The Museum of Photography, Seoul(MoPS) as Curator in charge of exhibitions and international relations. Kim graduated with a Bachelor of Creative Arts at The University of Melbourne, and received her M.A. in Art Theory from Korea National University of Arts. She acted as co-curator for Brassaï, Koudelka, Giacomelli: Romantic Melancholy and Greetings from South Korea, presented in Jimei x Arles International Photo Festival 2019, 2018 respectively. Recently organized a show, titled The Centennial of Korean art photography 1920-2020, scheduled to be shown at The State Russian Museum and Exhibition Centre(ROSPHOTO) later 2020 and The Lithuanian National Museum of Art in 2022. KIM has been responsible for the series of Korean Emerging Artist shows based upon the MoPS’s Portfolio Open Call since 2015. She co-published the book Performance, Politics of Body: Criticism and Meta Criticism. 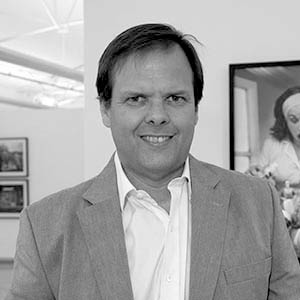 Gastón Deleau is Founder and Director of FOLA, a space dedicated to photography located at the heart of Buenos Aires. Established in 2015, FOLA’s main objective is to foster dialogue and exchanges between artists from around world through its programme of exhibitions, awards, publications, festivals, workshops and portfolio reviews. Some of its landmark exhibitions include Graciela Iturbide, Alberto García Alix, Vivian Maier, Chema Madoz and Frida, by Leo Matiz, to name a few. Since 2001 Deleau has been involved in the development and launch of many cultural and artistic initiatives including Gallery Nights, a cultural tour of more than 100 art galleries; La Semana del Arte, a week of special art and culture programming in Argentina and Peru; the Buenos Aires Photo fair which he directed for 10 consecutive editions followed by the launch of Lima Photo, the first photography fair in Peru; and IMPACT ART a collaboration with UNICEF Argentina and international athletes such as Leonel Messi, Emanuel Ginobili and Juan Martín del Potro. 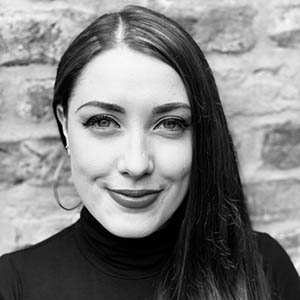 Kate Simpson joined Aesthetica Magazine in 2016 and, in addition to writing for and editing the magazine, has also worked on number of other annual publications and competitions including the internationally renowned Aesthetica Art Prize and BAFTA-Qualifying Short Film Festival. Kate has worked with a number of high-profile organisations such as Apple and Magnum Photos, and has produced features with the likes of Jenny Holzer, Stephen Shore and Edward Burtynsky. She has also worked alongside some of the world’s largest photography fairs including PHOTOFAIRS, Rencontres d’Arles, Circulation(s) and Unseen Amsterdam, as well as global institutions such as MoMA, New York; Foam Amsterdam; Centre Pompidou, Paris; Tate, London and MCA Australia, amongst others. She has also programmed for large-scale lecture series and cultural events, including the Aesthetica Future Now Symposium, working with speakers such as Martin Parr, Nadav Kander and Cornelia Parker OBE. She has spoken at numerous events about publishing, journalism and the effects of the digital age on contemporary culture, including Frieze London and Sotheby's Arts Publishers Fair.