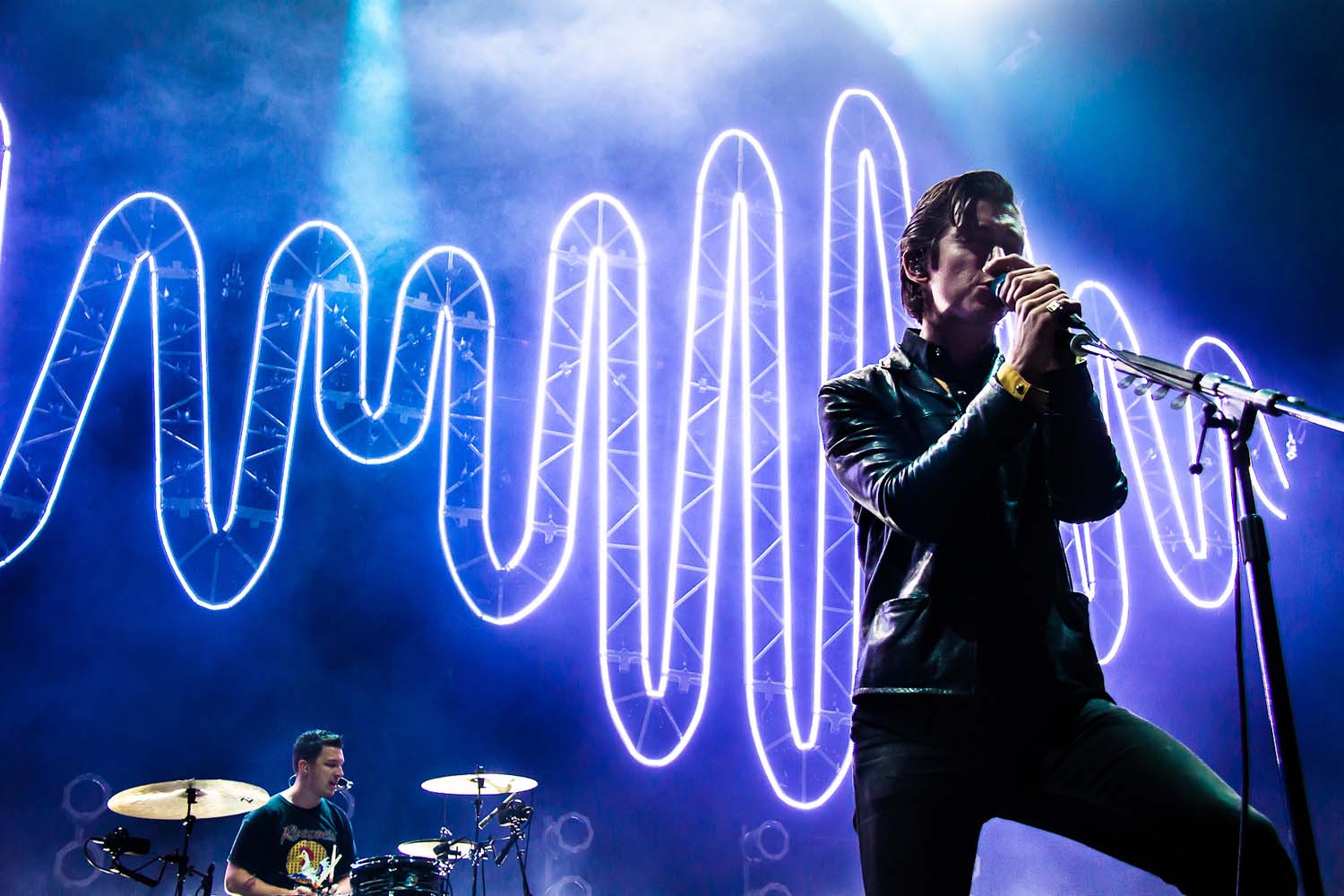 Violeta Alvarez studied in New York City at Pratt Institute of Design and continued her education at Parsons School of Design where she studied photography. She has received recognition for her photography such as being named one of Houston Press’s Top 10 Best Music Photographers, made the cut on PhotoShelter’s 'The List' as one of the Top 5 music photographers and awards by 'Houston METRO’s Hispanic Influence on the Arts' and 'Women’s Influence on Arts'. A few of her images are in, “Smithsonian Rock ’n’ Roll: Live and Unseen”, by Bill Bentley that was published by Smithsonian Books. Her imagery has been featured in publications such as New York Magazine, Rolling Stone, Spin, Entertainment Weekly, and many others. A couple of her images are included in the new limited edition book, “Butthole Surfers: What Does Regret Mean?” by Aaron Tanner, that will be published by Melodic Virtue in March 2019. 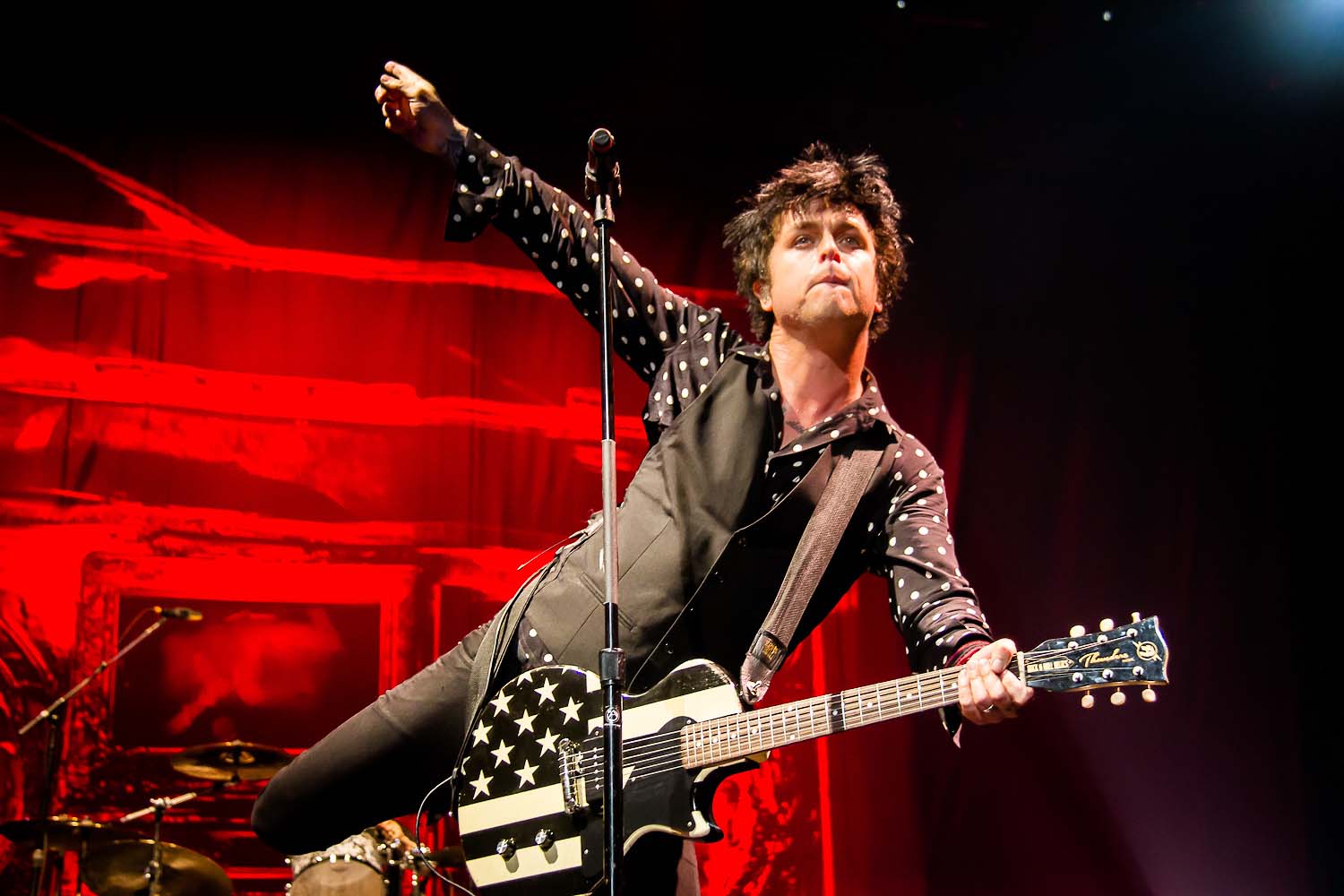 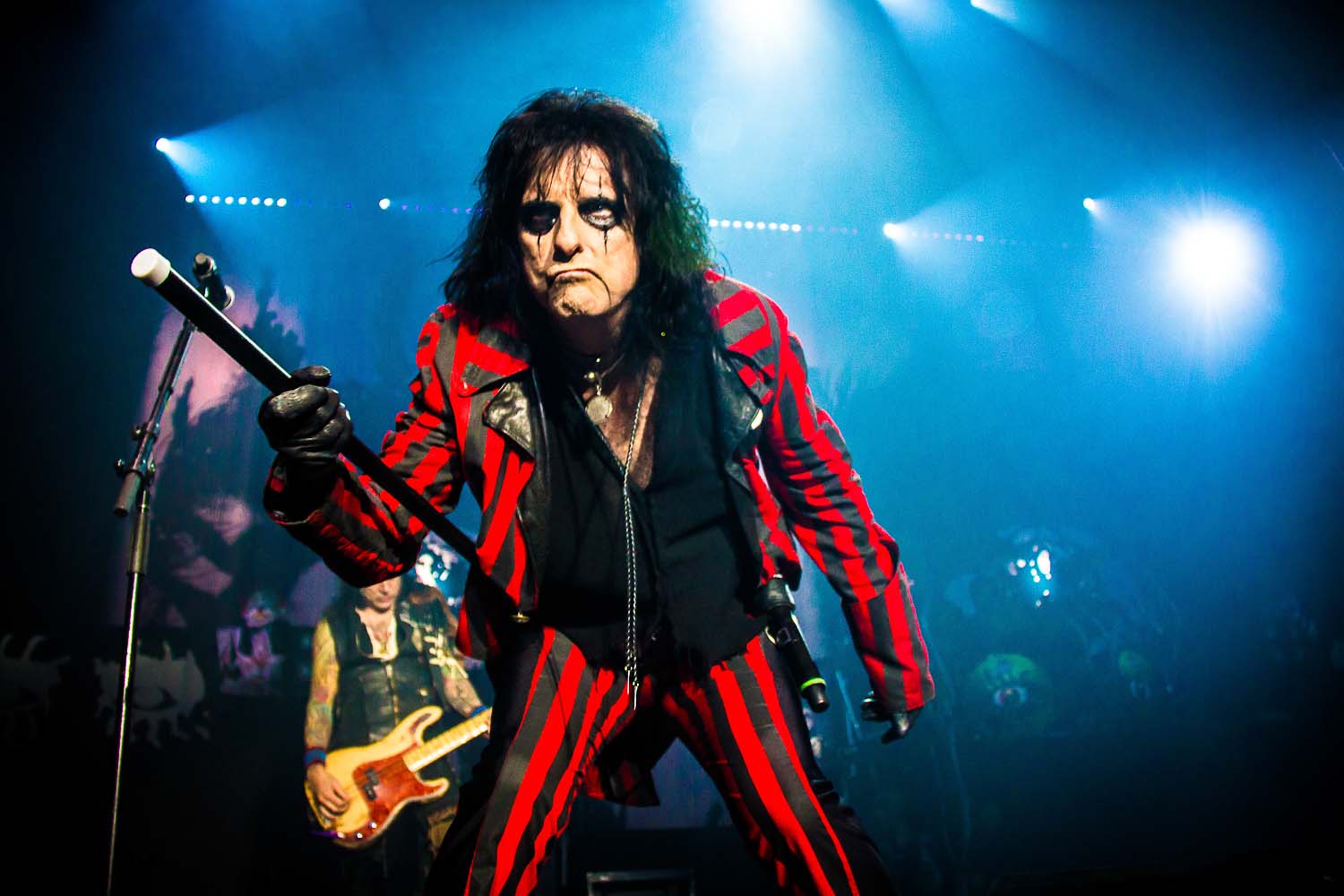 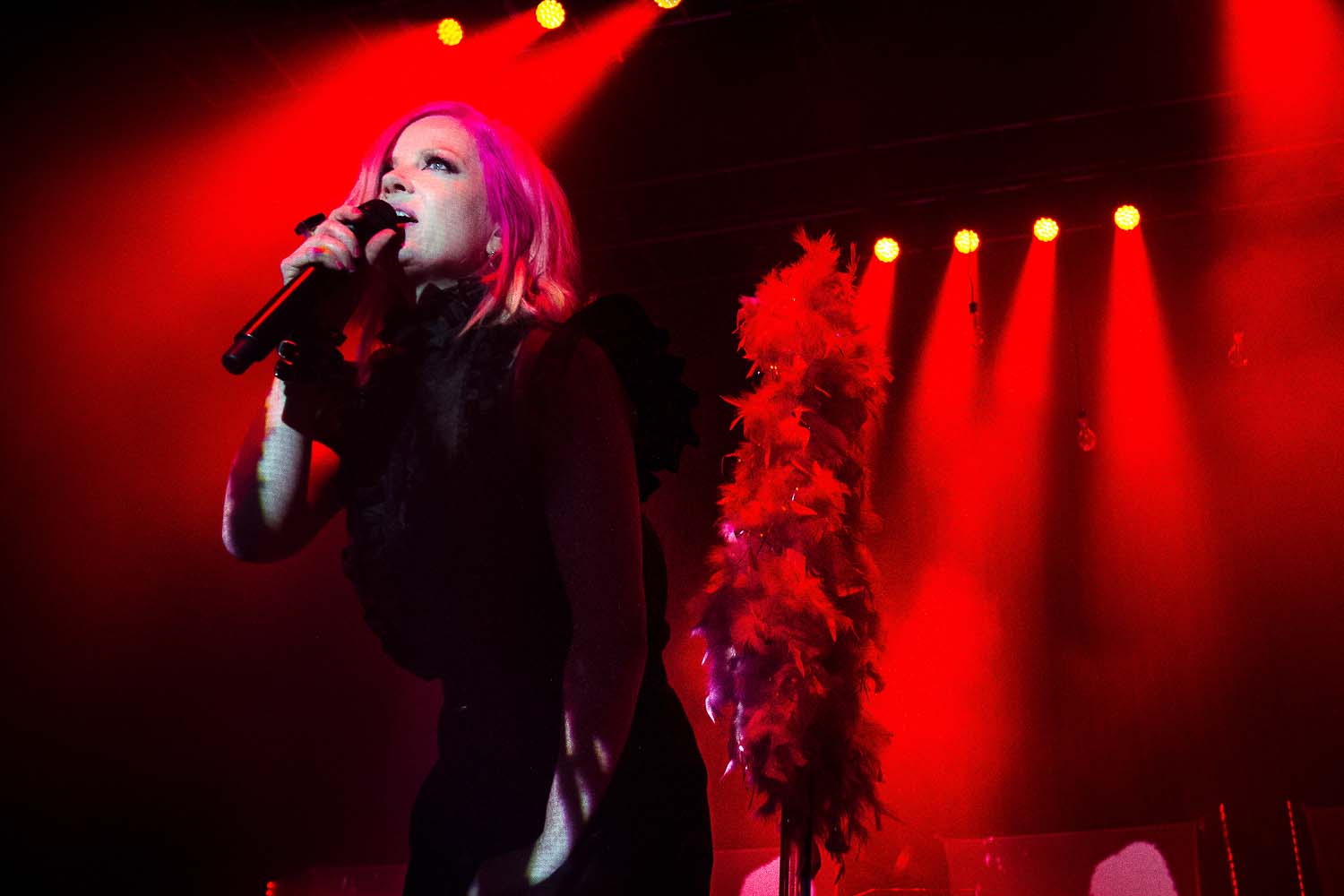 At a very early age, I loved music. I remember being five years old; my godsister had an immense record collection, and the sights and sounds of it all fascinated me. I remember the feeling of getting lost in the music of bands like KISS, Aerosmith, and Led Zeppelin. As I began to create my own music collection, I found myself drawn to the art featured on the album covers and in publications like ‘Rolling Stone Magazine’.

As a teenager, I was initially inspired by photographers, Annie Leibovitz and Mark Seliger. Both brought so much creativity and imagination to their images. I found myself experiencing what they created. Then, I discovered works by Jim Marshall (1936–2010) and Linda McCartney (1941-1998), who were also a huge influence on my growing up. These artists documented so many candid, intimate raw moments with musicians from the 1960s and 70s. Their work helped deepen my understanding of the music and its culture, which became incredibly influential to me. At the age of fourteen, I began going to rock shows with my friends, taking photos with my point and shoot camera, photographing what I loved most. I have been hooked ever since!

My mom gave me her Canon T90 35mm film camera in the early 90s, and with it, I spent some time photographing at Emo's in Houston, TX. This place was the neighborhood bar/music venue of its time, hosting then up and coming bands, like Smashing Pumpkins, Hole, The Supersuckers, etc. I documented some of these bands and others touring through Houston, as well as local bands and those attending these shows. A year later, I started working at Justice Records. Randall Jamail, the founder, gave me my first professional opportunity to photograph musicians such as Kris Kristofferson, Willie Nelson, Jesse Dayton, and Kermit Ruffins on his label.

While attending Parsons School of Design, I interned for Danny Clinch, an Iconic American Music Photographer. Clinch’s work is honest, emotional, and had the ability to draw you into the lives of the musicians he documented. I will never forget the day that his studio manager showed him one of the images I shot of The Reverend Horton Heat, who was featured on the “Twisted Willie” compilation cd. Seeing him look at my work and say, “it’s beautiful,” gave me the motivation to push forward, in spite of the self-doubt and shyness I often felt.

Throughout art school, I found myself conflicted, not knowing which path to take, the fine art/galleries or music photography. It was Bill Gaskins, my professor and mentor at Parsons, who gave me some great advice and guidance to photograph what I know. Taking that in truly showed me what it was to photograph something that connects organically and with raw emotion. To this day, it’s the advice I live by. 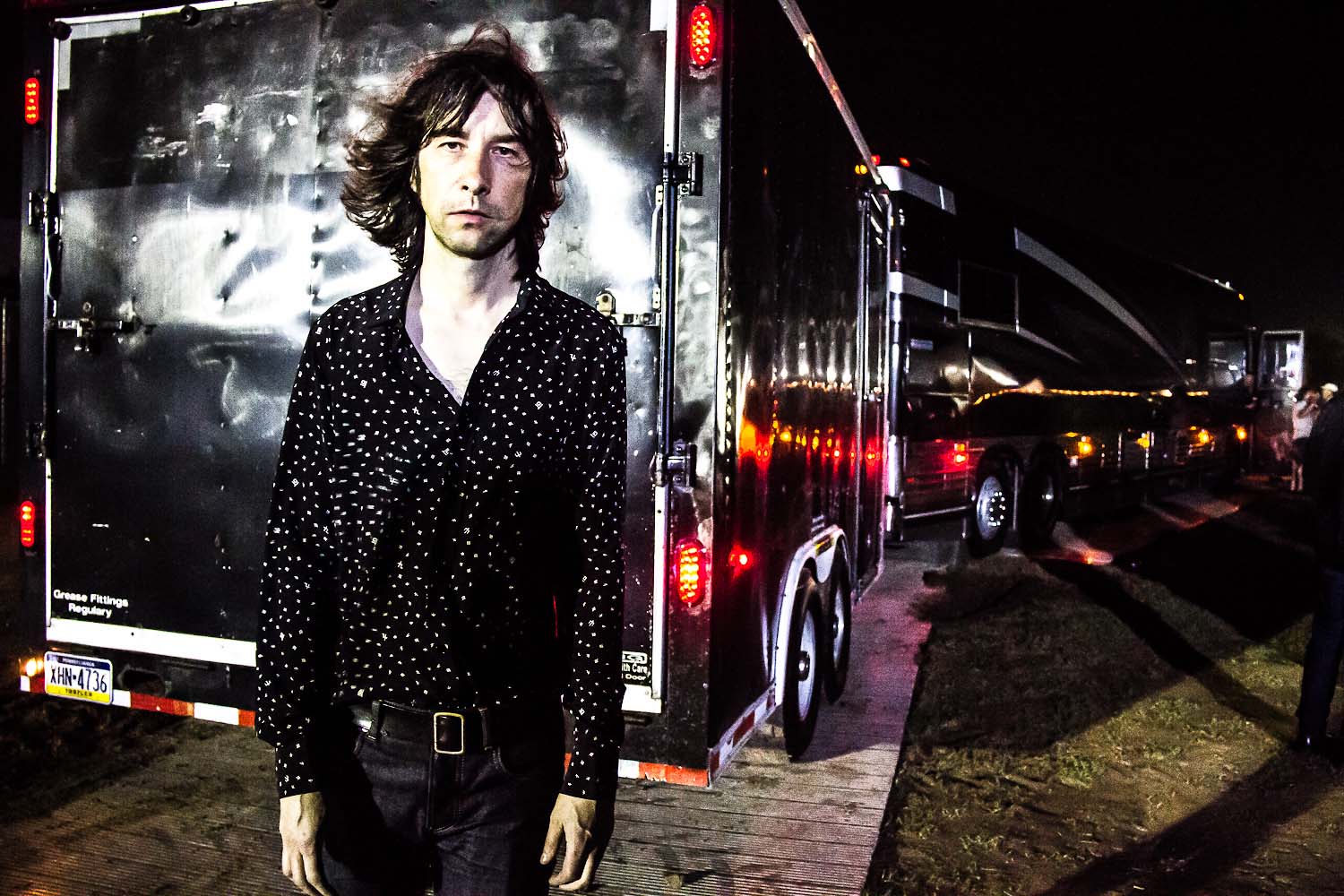 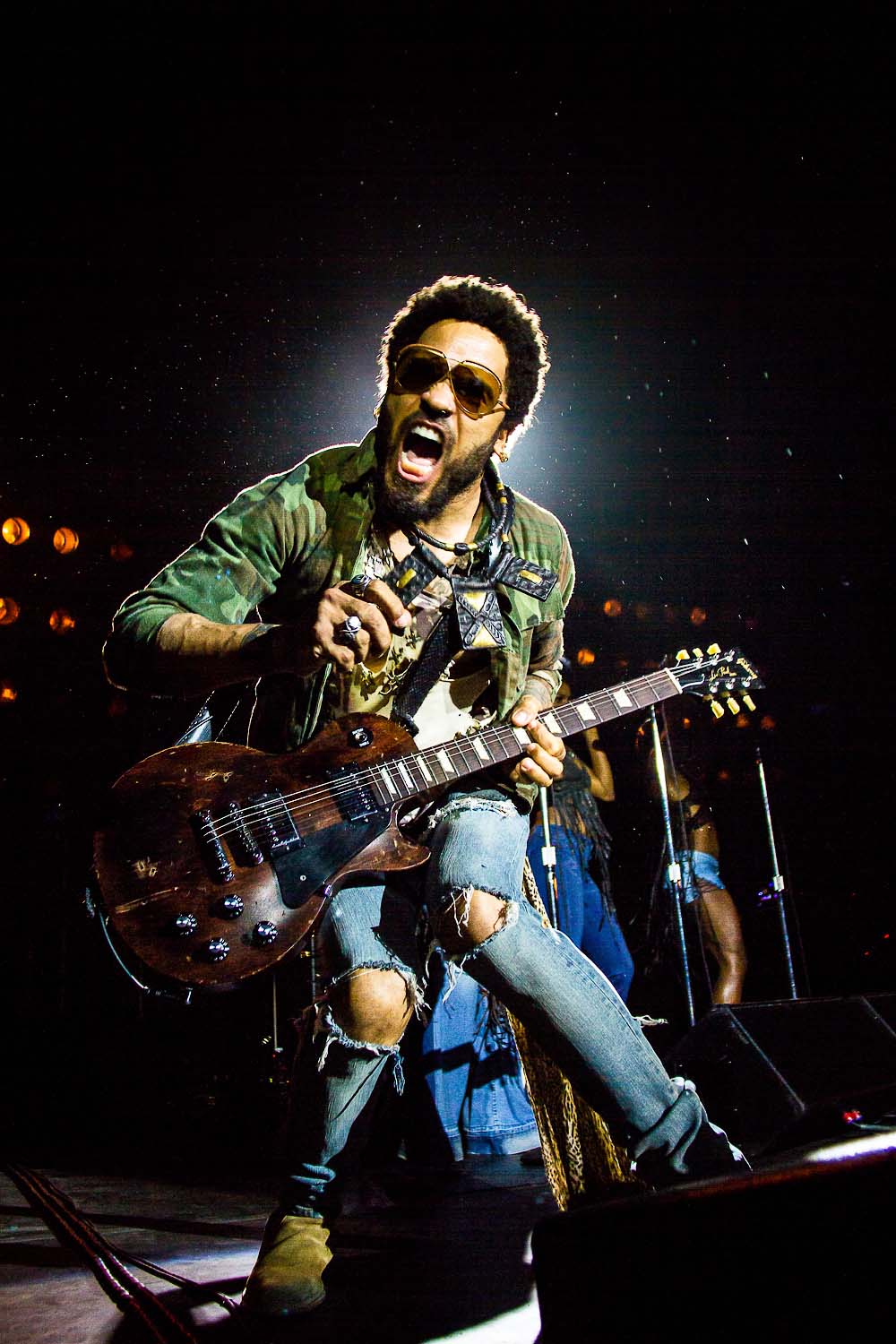 What do you enjoy the most?
I love the idea of eternally preserving a piece of cultural history into a moment in time, whether it is portrait, documentary, music or abstract nature photography. Capturing emotionally powerful imagery is what I love, and presenting the viewer with an experience of the moment. I want to share the feelings of inspiration that I felt from photographers of my youth.

What are the challenges?
I would say the biggest challenges I face are logistical. It sounds crazy, but I thrive off the limited window to capture that moment, having no clue of the lighting situation, or where you may have access to shoot. There have been some safety issues, like having beer bottles thrown at my head, getting a microphone cord tangled around my neck, stage divers kicking me in the head, or barriers caving in while in the photo pit. It’s all part of the job and adventure that excites me. 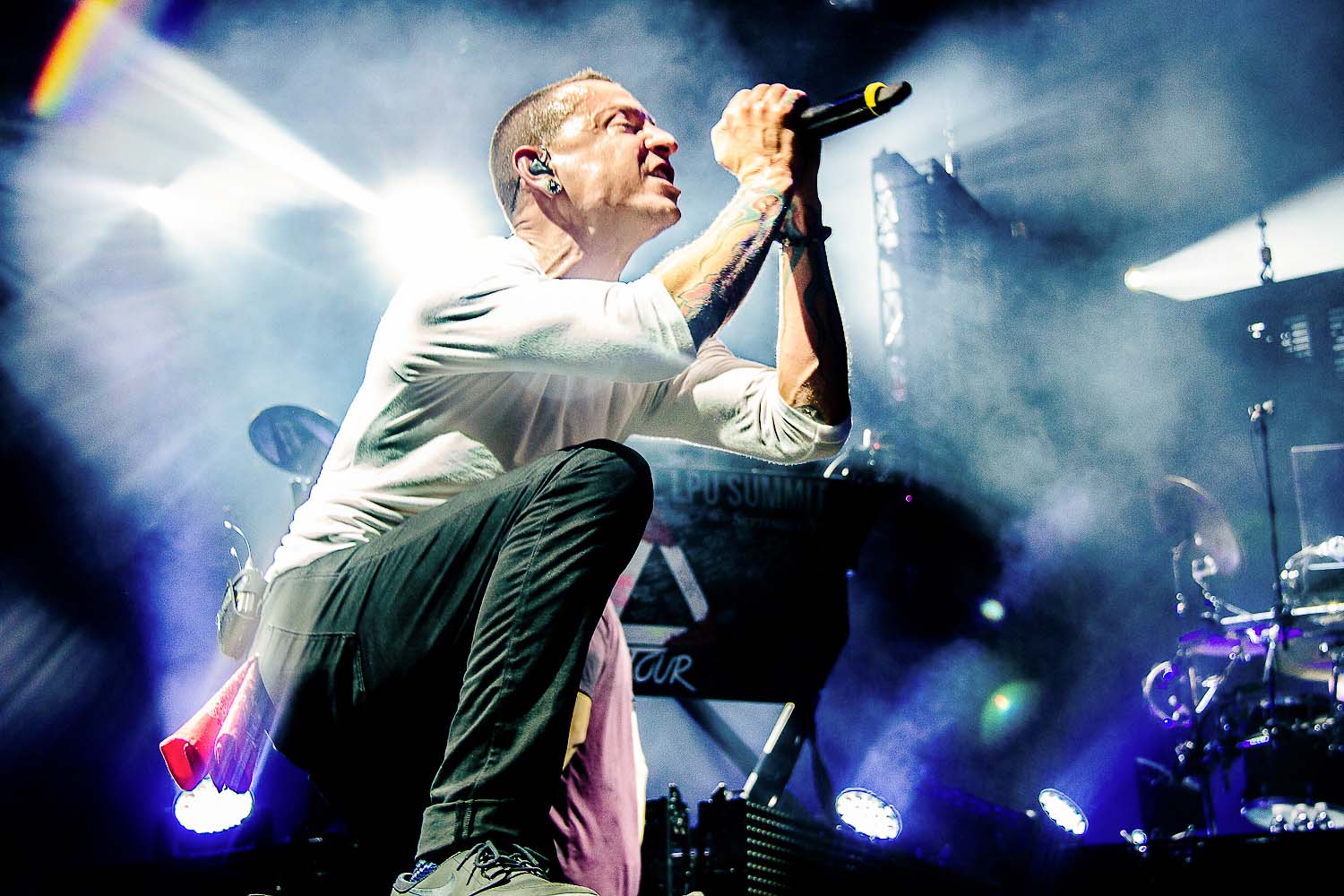 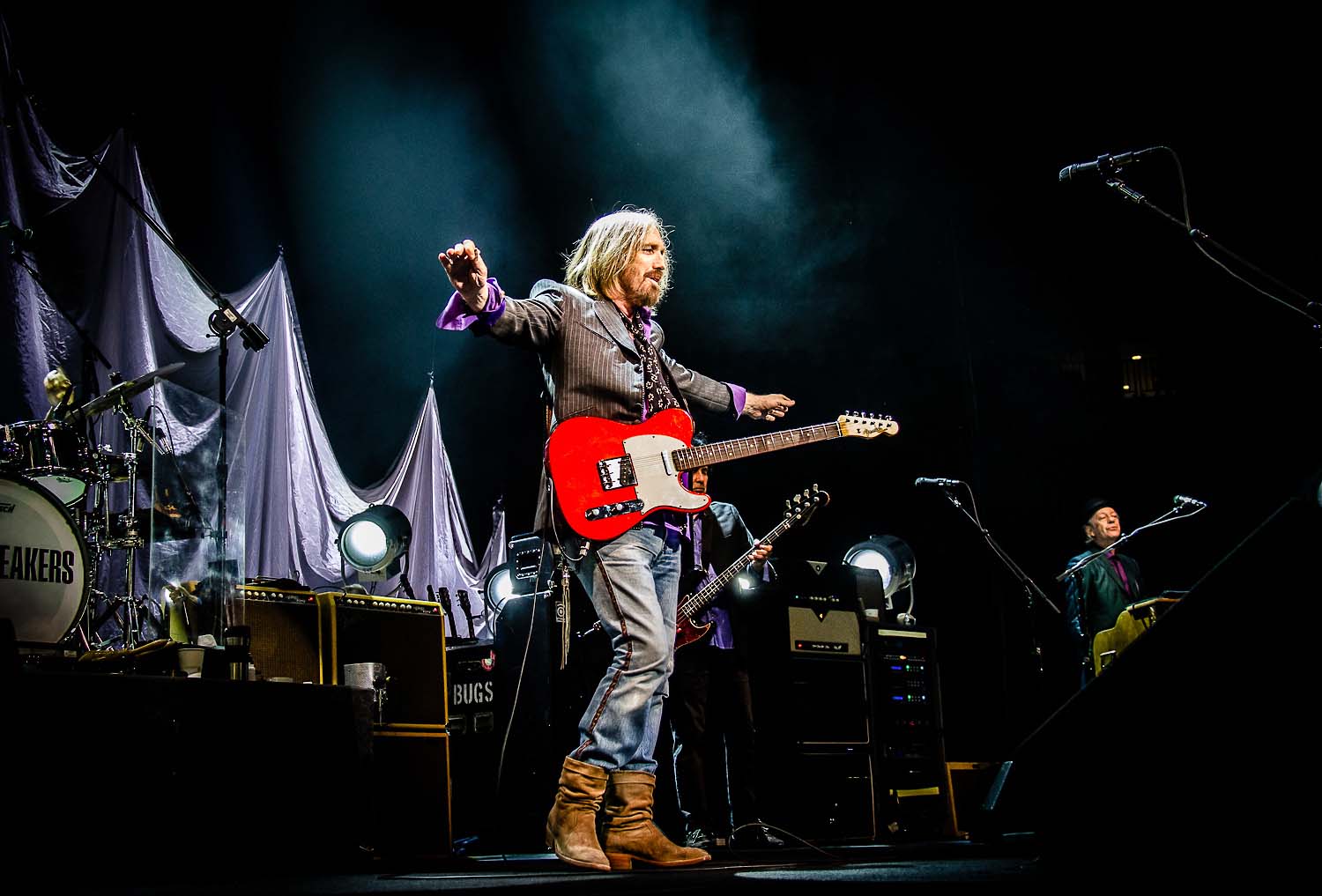 Which are your tips to do vibrant images?
There are technical tools you can adjust with the settings in Lightroom or Photoshop to ensure vibrancy, but, for me, it goes beyond a pop of colour. Vibrancy means life, and it is developed by using light to create a mood, and to set the composition. I want to share the sense of emotion and electrifying moments I am witnessing when I click the shutter. I try to convey that honestly in every photo I take. When people look at my work and express “it’s just like being there,” I know I have delivered those sensations.

My tip would be to really look at the image, see if it gives the same feeling you had when you shot it. If that feeling comes back, then you know you have captured life.

What kind of concerts do you enjoy photographing the most?
I’ve been fortunate to have had the opportunities to photograph all genres of music over the years; whether they be local music at small, gritty venues or mainstream artists at large stadiums and music festivals. I never know what I will capture, an artist looking directly at me or fans joining them on stage. I feel the roaring energy of the artists and crowd; that makes a show stand out to me. I love looking around and seeing fans connect with the music as they sing along to their favorite song. Each show is a new and different experience. There is no greater feeling than capturing real, raw moments as the artists’ pour their hearts out on stage. It feels organic and I feed off that exhilaration. 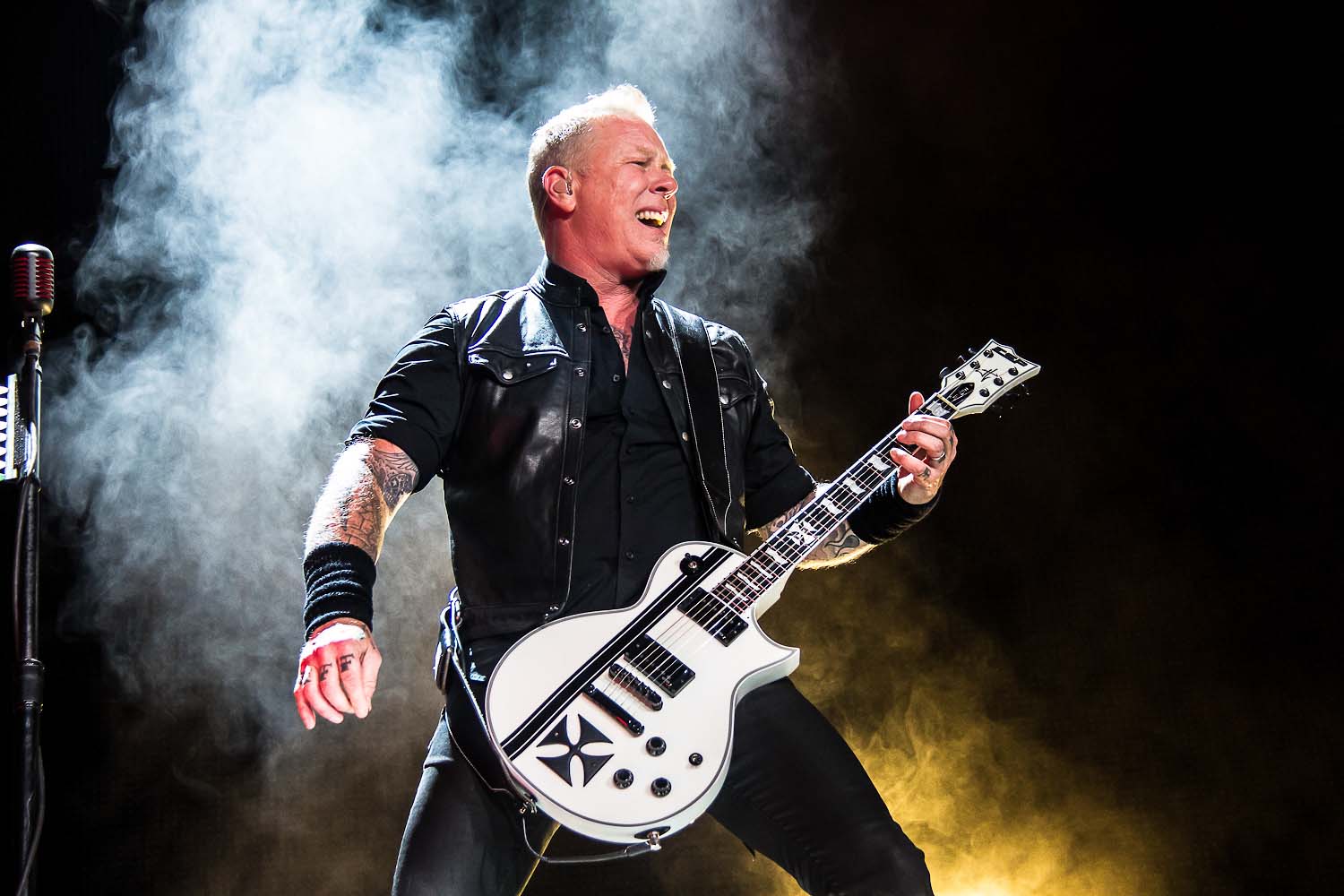 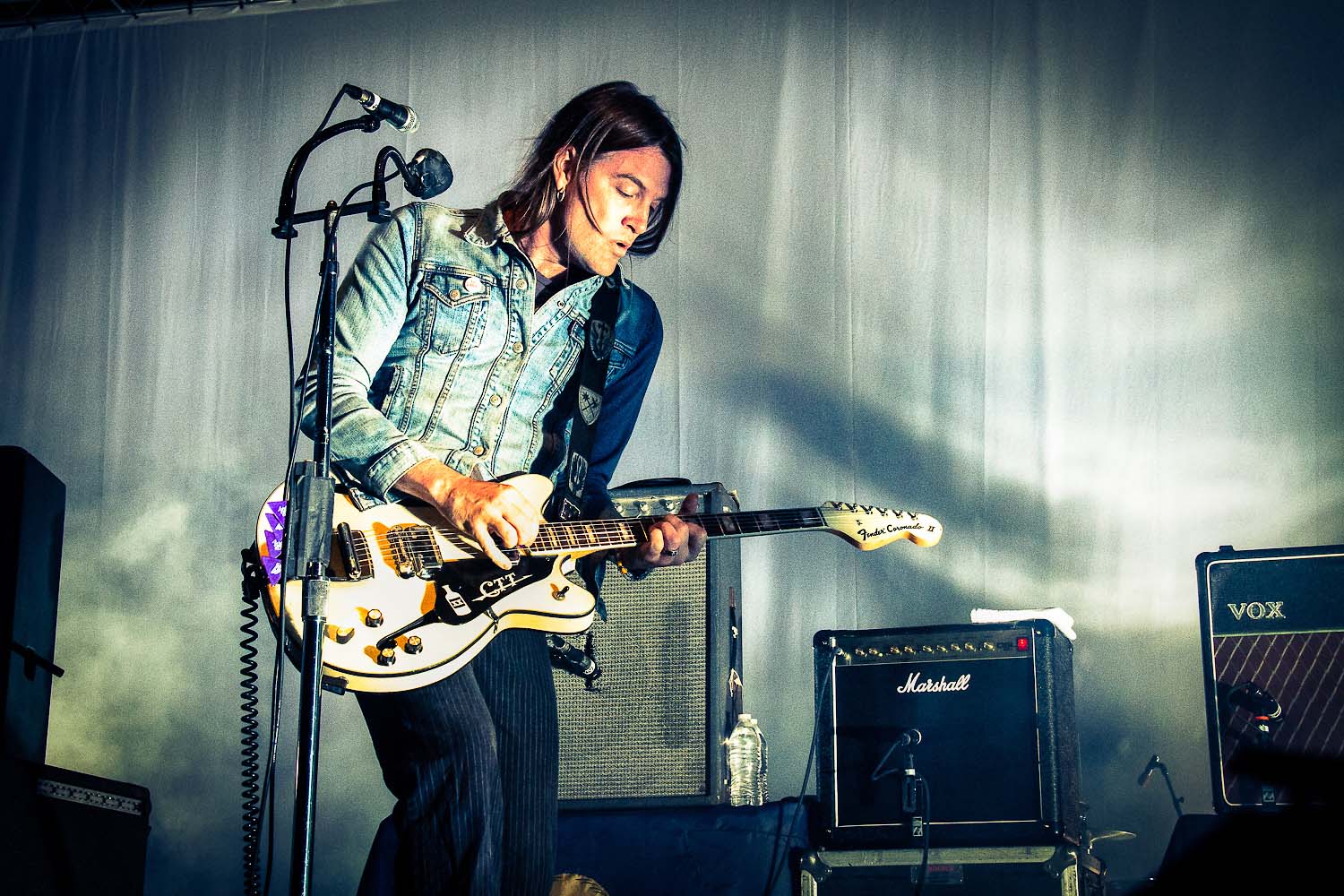 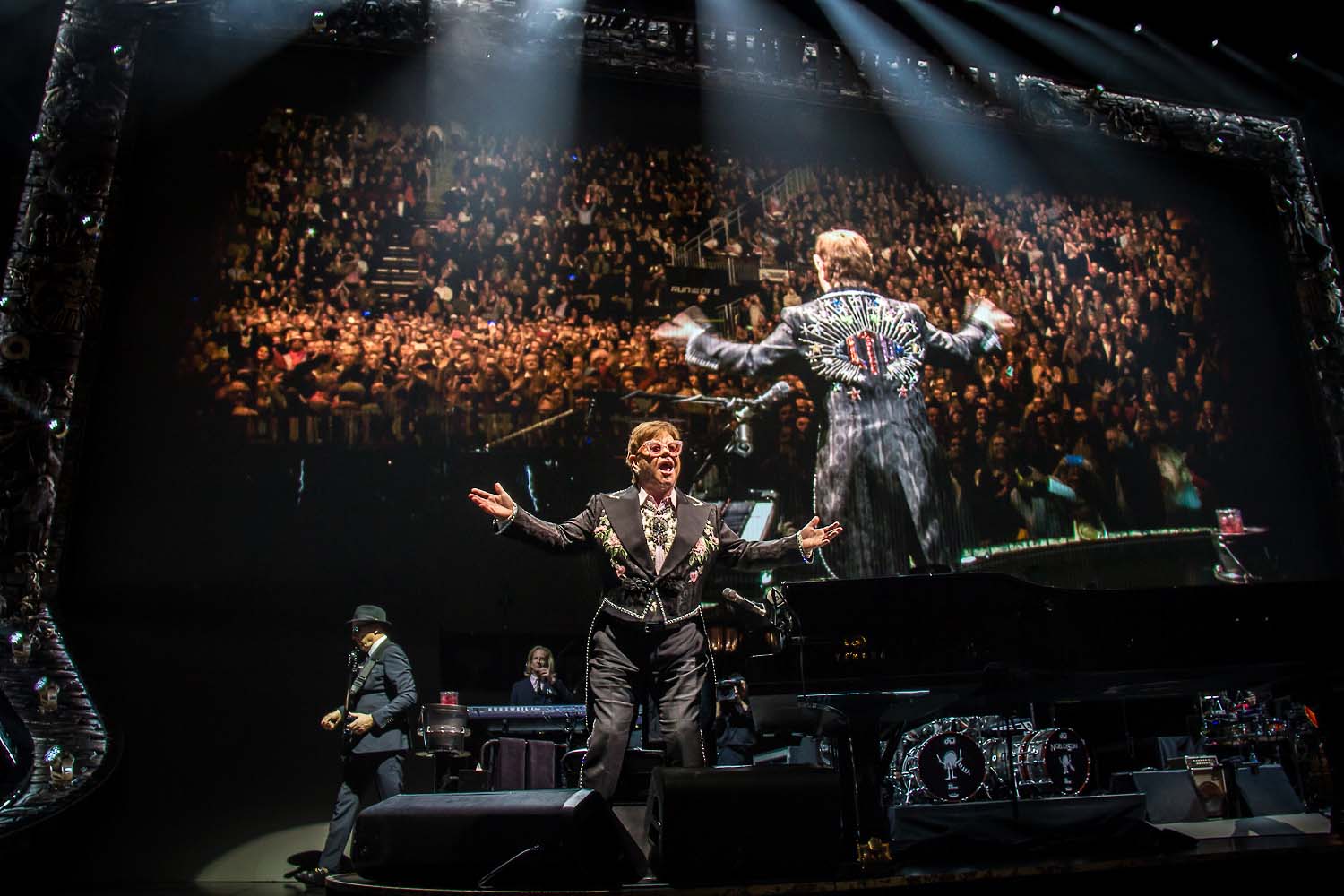 What musician/band have you not photographed yet that you would like to?
Oh wow, there are so many to mention, but here are a few: Rolling Stones, Paul McCartney, Fleetwood Mac, Nick Cave, Tom Waits, The Who, The Roots, Turbonegro, Judas Priest, Queens of the Stone Age, and so many more. I could go on and on. The list is endless! 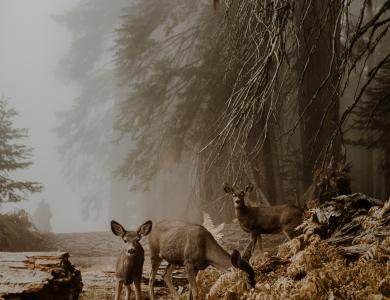 World traveller with an interest in the arts 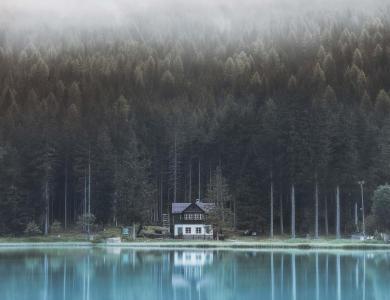