An exciting new chapter for the World Photography Organisation

Since its launch in 2007, the World Photography Organisation has expanded its activities from solely photography into film and contemporary art, with projects including the Sony World Photography Awards, PHOTOFAIRS Shanghai, Photo London, and most recently the Sony Future Filmmaker Awards.

To reflect this growth, the Organisation will now be part of Creo, a new company embracing these three core strands. We interview CEO and Founder of Creo Scott Gray to discover the story behind Creo, and how this exciting development can empower your creativity.

WPO: Why was Creo initiated?

SG: Since I started the company 16 years ago we’ve grown in scope and with that the artists and audiences we work with across different boundaries. While each project we’re involved in complements one another, they each have their own distinct positioning and orientation so we needed the company to echo this.

The thinking behind Creo was to create distinct spaces where the communities that we serve can thrive. We are committed to creating programmes for artists and want to diversify the industry to give agency to creative voices from all corners of the world. From a 12-year-old photographer entering one of our competitions to an established artist that has their work showcased at one of our fairs, Creo was initiated to give agency and detailed support to creatives.

WPO: What does this change mean for the World Photography Organisation audience?

SG: It is a huge positive. A core element of the World Photography Organisation programming is very much about creating platforms for individual photographers to succeed. By creating Creo we can focus on that narrative for photographers so it is clearer. Creo gives the WPO audience more impact, more voice and more detailed and distinct support.

WPO: Why did you decide on the name Creo?

SG: The word felt right and it really resonated. It derives from the Latin ‘creare’ so to make and bring forth, which in turn relates to ‘crescere’, which means to arise and grow. Everything that we talk about and work towards at the company is about supporting artists and creating opportunities where they can thrive. Not only is Creo about creating those spaces and platforms but it is also about creating a positive contribution to the arts industry. The word create needed to be front and centre of what we’re about and what we’re trying to do, so as Creo directly translates as ‘I create’, it was unequivocally the right choice.

WPO: Can you tell us about Creo’s three strands?

SG: The three strands within Creo are photography, film and contemporary art. From how creators use each medium to the audiences they hope to engage with their work, we wanted to create a space where each strand was distinct while also highlighting how they overlap and link together.

WPO: Can you tell us the story behind Creo’s logo?

SG: It leads nicely on from my previous response, but it’s to show the thinking behind what Creo is built upon: this idea of how lens-based media – so photography, film and contemporary art – are equally distinct from each other as a sum of their parts. We hope the shapes of the logo replicate this thinking: the triangle is an easel (nodding to the art fairs that fall under Creo contemporary), the square is a cinematic aspect ratio (highlighting the projects under Creo film), and the circle is a lens, to communicate the photography projects we’re involved in. The three mediums don’t work in silo and the support we offer isn’t insular either.

WPO: Each strand of Creo has its own individual strength and each of the flagship projects under each strand are very unique. Can you tell us more?

SG: Each strand within Creo has its own flagship programming. The Sony World Photography Awards and our outreach to photographers are central to the World Photography Organisation. PHOTOFAIRS and Photo London are key to Creo contemporary, and the Sony Future Filmmaker Awards is core to Creo film. With Creo we can add to the programming for each strand in a clear manner, creating satellite projects, additional initiatives and bespoke environments for our communities. 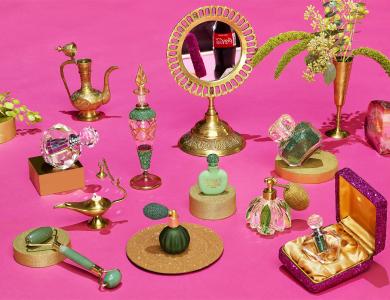 Pick of the pics monthly winner! 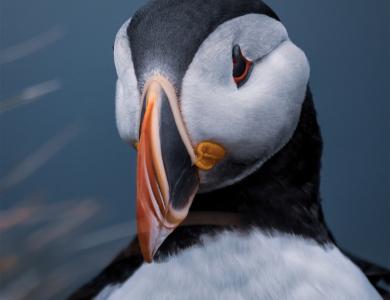