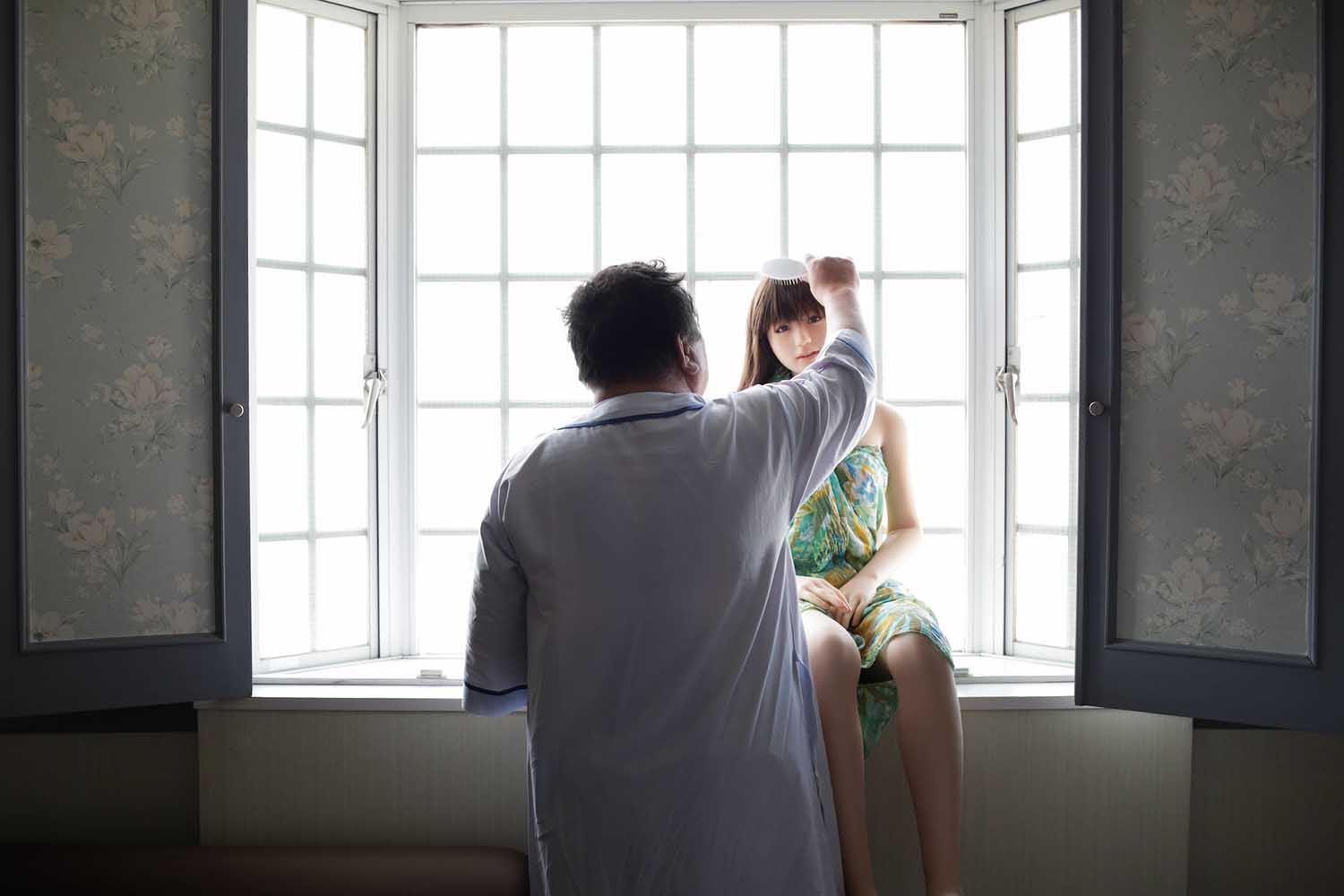 Taro Karibe is a documentary photographer based in Tokyo, Japan. After he received a Bachelor of Psychology in Japan in 2012, he started working for a financial institution. At the same time, he started a career as a photographer in Tokyo. He says he is now trying to “extract social structural systems and modern human identity”, by using the camera as his tool.

Hi Taro. Tell us more about your series ‘Saori’. How did you first meet Senji?

Thank you for having me. Firstly I undertook research on the Love Doll, the industry, the main purpose of the usages, the psychological theory of Pygmalion complex and past features. Then I focused on one maker in Japan - Orient industry. Because its main target is to heal people who have difficulty communicating with women, such as disabled people, husbands who have lost their his wives and so on. I found that the usage is not only sexual, but also heavily related to people with social / psychological issues. Then I went to the company and met Senji. 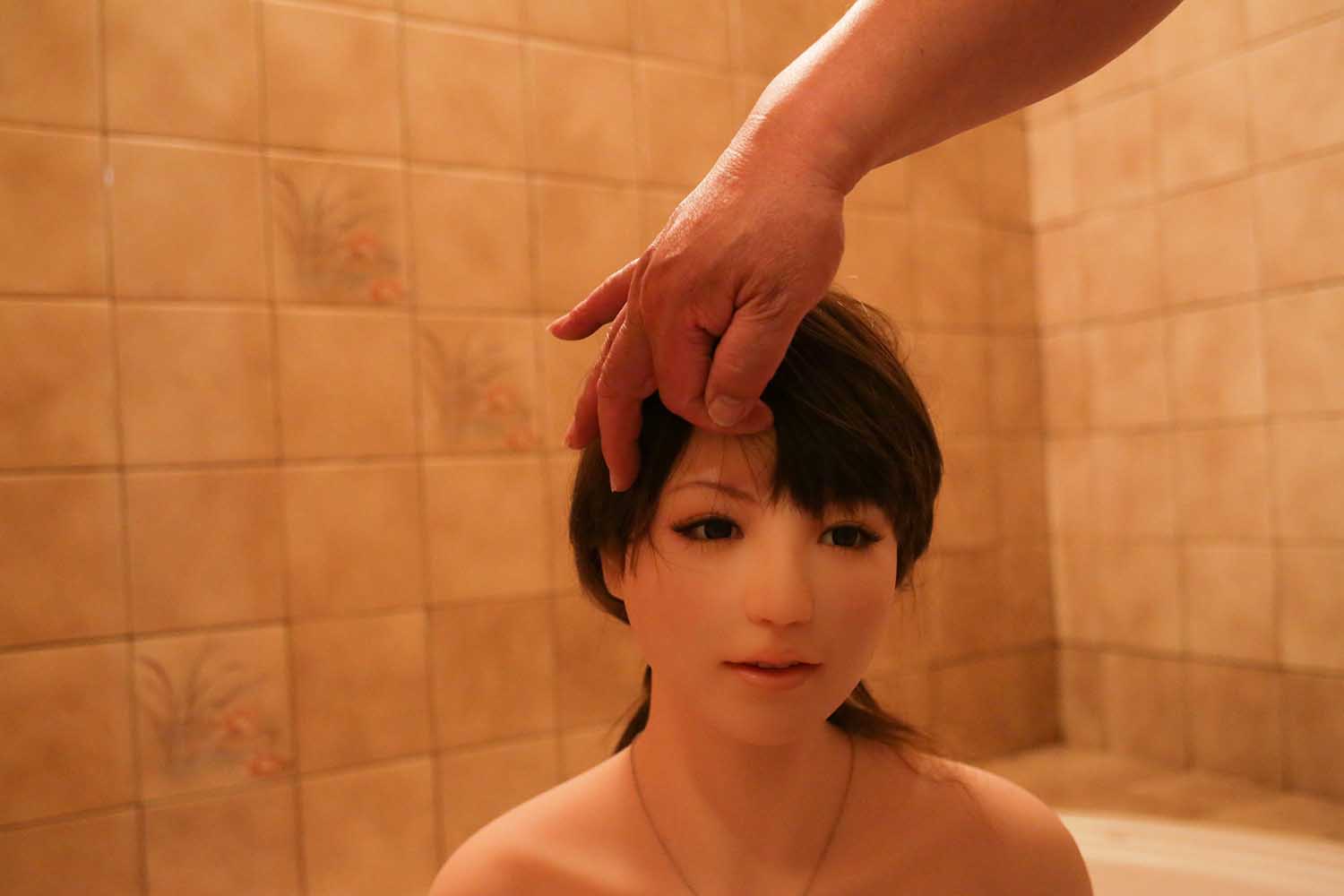 © Taro Karibe / Getty Images
What are you hoping to portray with this work?

The future of our rational society, and the human identity/existence. Senji says, "for me, she is more than a doll. Not just a silicon rubber. She needs much help, but still is my perfect partner who shares precious moments with me and enriches my life". For him falling in love with a doll is one of the best options, and he feels happy. There are an increasing number of people starting to live with doll across the world (especially Japan, China and USA). I suppose the social systems in these developed countries make a higher rate of people choosing this kind of lifestyle. Perhaps some kind of population adjustment? I'm still thinking about the cause.

Also, the person who communicates with the dolls - like Senji - may just be projecting his mind, but when we communicate with someone else, we all project our expectations, desires and beliefs. The emotion and thought we all have when communicating might be the projected image on the wall of Plato’s cave. If so, what is the difference between falling in love with humans and the Love Doll? I'd like to question what makes us human. 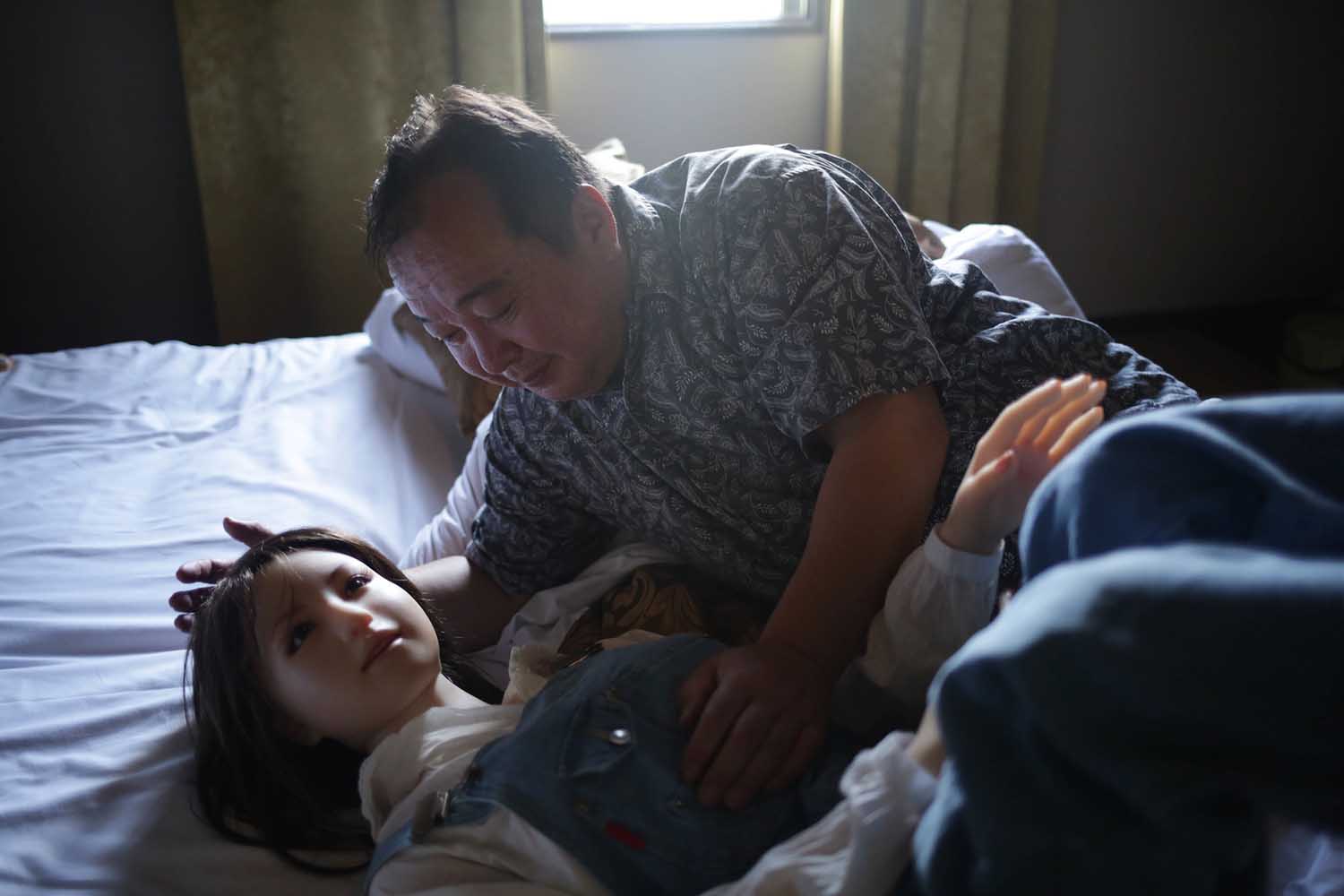 © Taro Karibe / Getty Images
Why photography?
Because I can build my thinking and concepts confidently using photos. When I think about some issue - psychology, sociology, economy, philosophy, whatever - I always miss reality. I tend to oversimplify the issue and become trapped by bias. Fact is fact. I can't just ignore them. Photography is based on reality, so there is always a gap - sometimes tiny, sometimes huge - between my prejudge and reality. For me, taking photos is a concept to correct my own world, and boost my thinking. In terms of this idea, it can't be replaced by any other art.
You have an interesting background, having studied psychology and with experience in the financial industry. How has this influenced your photography?

I suppose photography is obviously deeply related with psychology - not only for photographers but also for their subjects. Many theories such as Freud's influenced my photography. When I was studying, I came across one theory called "Systems Theory" by Ludwig von Bertalanffy. The theory explains there are patterns and principles that can be extracted from all types of systems at all levels in all fields. For example, depression correlates to economical recession. It's some kind of structuralism and I supposed it can be useful framework to understand the world. So I started working in commercial banking (in Corporate division and Financial system development division) and did a validation test. These experience gave me clear stance on the world. 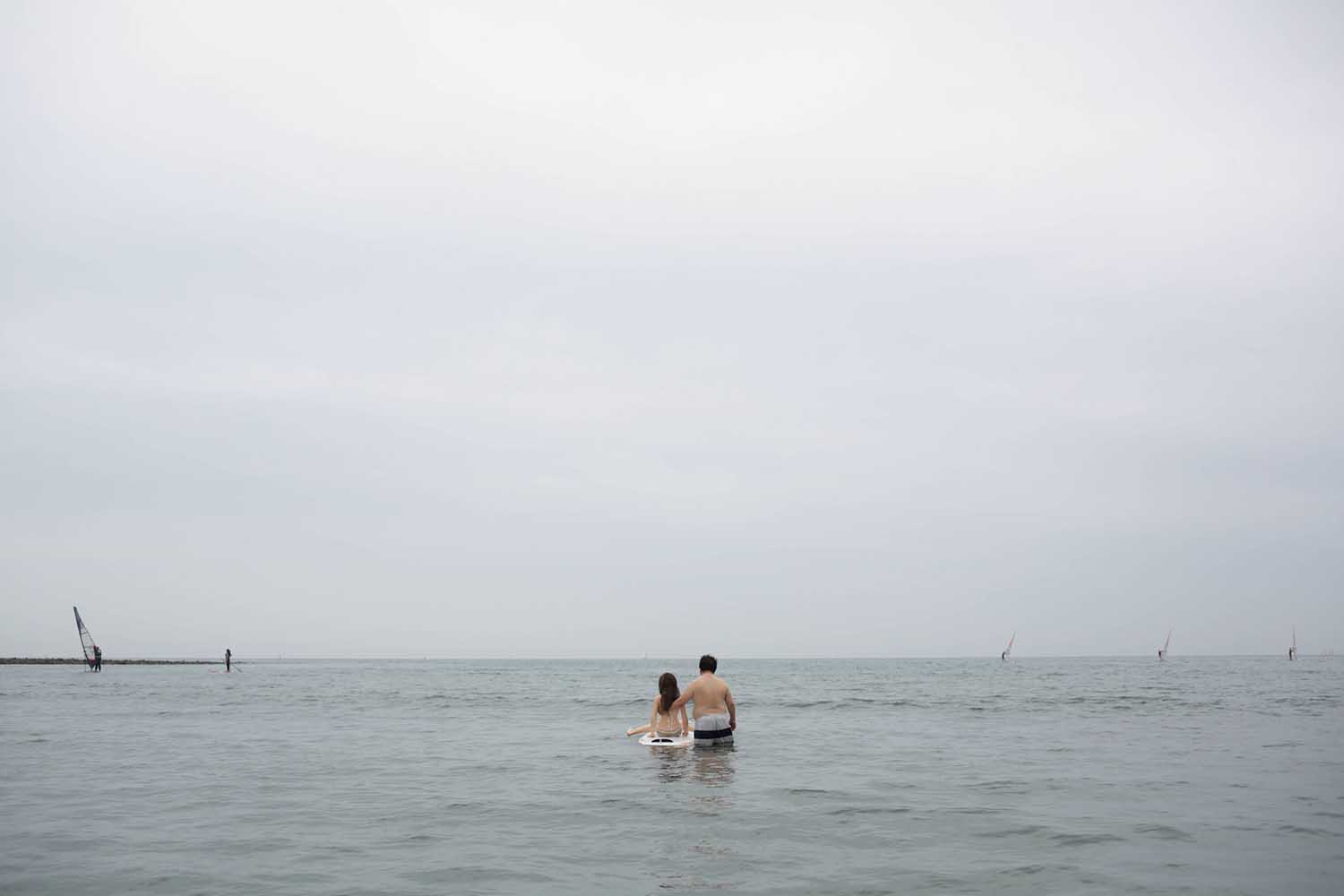 I always try to assimilate myself into the situation. I had trained Kyudo (Japanese traditional archery) for years and it was about Zen. When I was extremely concentrated on drawing a bow and aiming at the target, the arrow was released automatically without my decision. I try to remember the same mind as my finger presses the shutter. 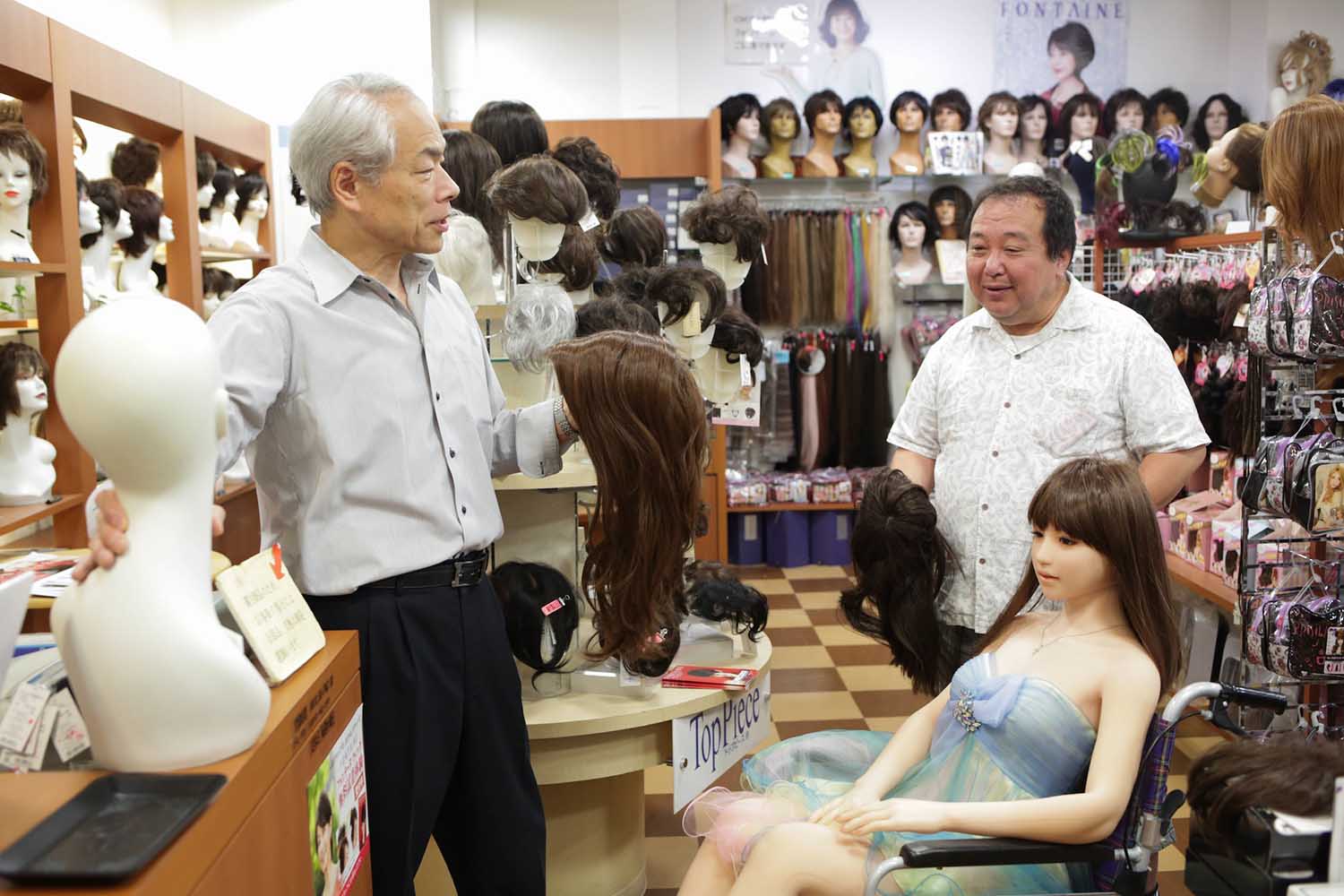 My next subject is Humanoid, Robot and A.I. As we all know, human existence has been replaced by new technologies, such as A.I., robots, humanoids and so on. In the case of Senji, love, sex and communication are replaced by a super real Love Doll. The border between humans and machines is rapidly melting. I want to document this transition period. Geographically, I'll keep myself based on Tokyo. I love this psychedelic city. 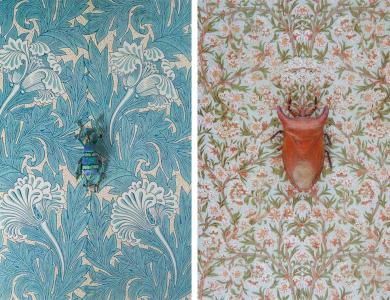 Arthropodia by Claire Rosen, The Fence 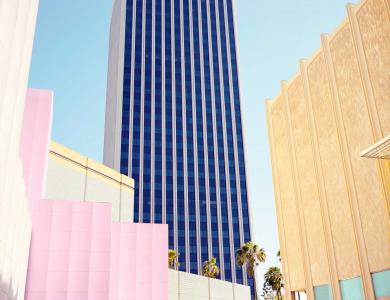