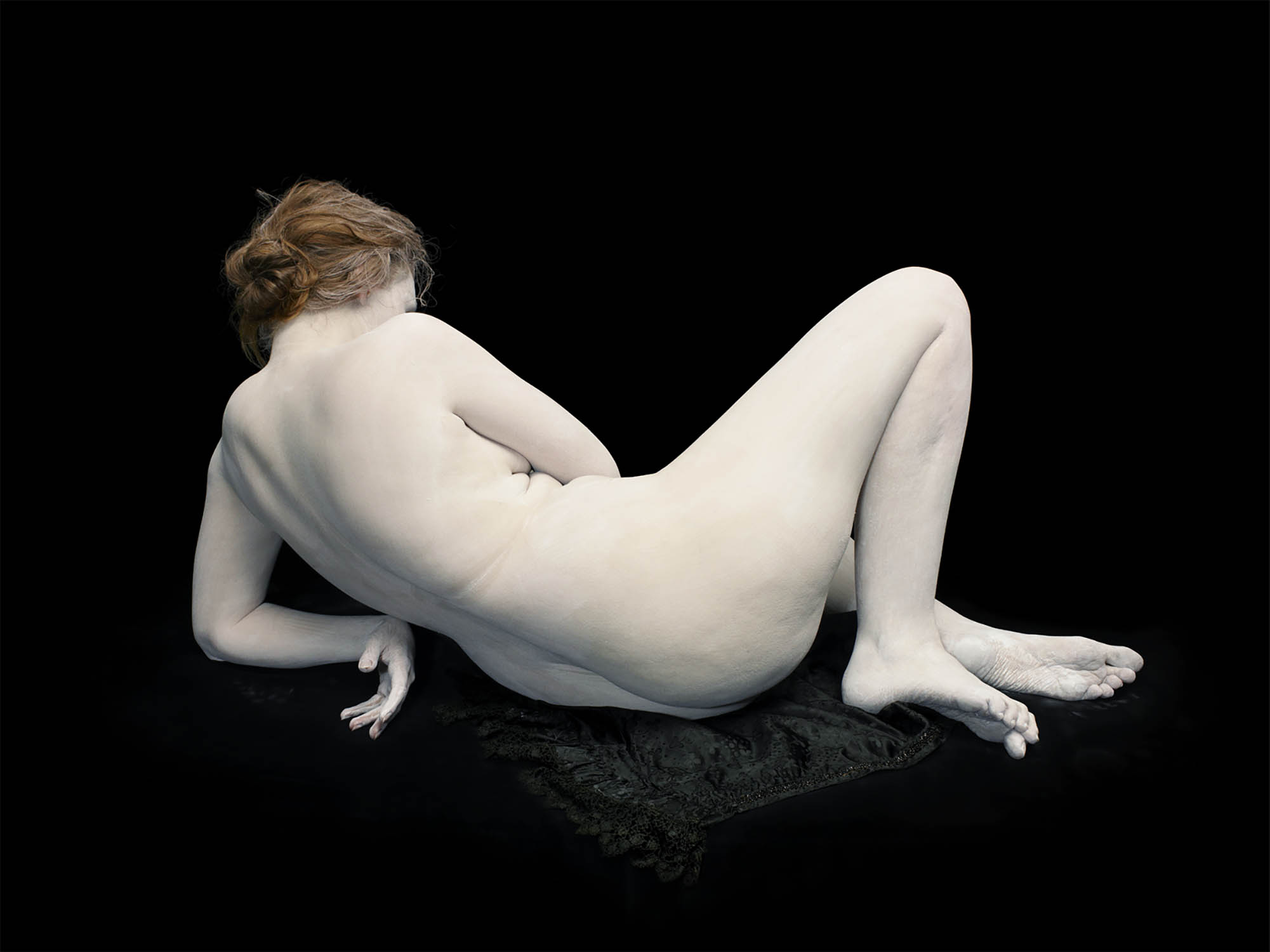 Audrey with toes and wrist bent, 2011 © Nadav Kander, Courtesy of Flowers Gallery
One of the first pictures Nadav Kander ever made was of a bluebottle fly, dead on a newspaper. Previously dissatisfied with his camera’s conventional performance, 13-year old Kander bought an extension tube, which distanced the lens from the film plain, so he could photograph his subject very close up. This early decision to customise his camera points to the start of two steadfast factors in the photographer’s work: his aversion to taking an ordinary picture and his intention to present his subject in a style so exposing that it unsettles and fascinates in equal measure.

‘It’s just amazing that to this day my work, in a sense, hasn’t changed at all,’ says Kander, as we look at his dead fly picture in his North London studio. Hanging next to one of his most well-known photographs, the modest print draws me in to a place I’m not entirely sure I want to be. This inexorable pull is found throughout Nadav’s work, be it the haunting ruins of Soviet nuclear test sites, a triptych of the Thames Estuary or an unforgettable portrait of one of today’s most famous faces. Complex and intriguing, Kander’s work invites questions while making us feel slightly uneasy in the process.

‘Whether it’s an image of an estuary or a portrait, I’m looking for a reaction from the viewer that will encourage them to – even without knowing it sometimes – ask questions and react within their own bodies.’

These artistic sensibilities have led to international acclaim. His work is in major collections, including the National Portrait Gallery in London and Chicago’s Museum of Contemporary Photography, and he’s received prestigious accolades, such as winning the Prix Pictet in 2009 for his Yangtze, The Long River and being awarded The Royal Photographic Society’s Honorary Fellowship in 2015. Helping to cement his legacy in photography’s history is his most recent recognition: being the 2019 recipient of the Sony World Photography Awards’ Outstanding Contribution to Photography.

To celebrate, a selection of Kander’s imagery will be shown at Somerset House during the 2019 Sony World Photography Awards Exhibition. When we meet, Kander shows me a maquette of the display – in itself an object of beauty and fascination. Spread across Somerset House’s East Wing, the display is a substantial mix from Kander’s 30+ year career, with pieces from Bodies: 6 Women, 1 Man; Dust; Dream Girls; Yangtze, the Long River and Dark Line: The Thames Estuary, God’s Country and Signs we Exist. Co-curated by Nadav Kander’s studio and Flowers Gallery in association with Mike Trow, the space also has areas dedicated to his portraiture and The Edge of the Stream – the latter a moving image work with music by Max Richter, taking over one of the rooms to powerful effect. 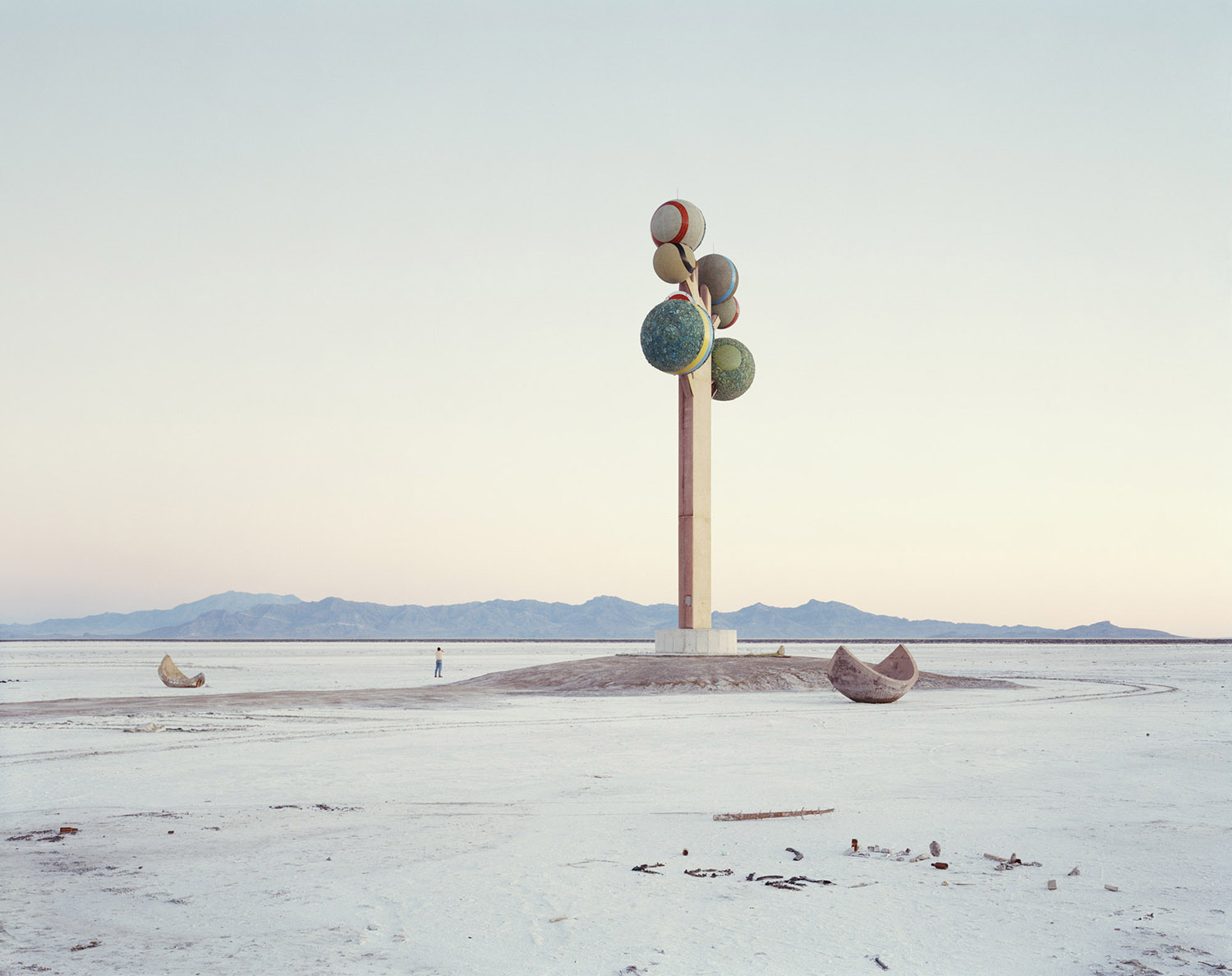 Seeing his work en masse shows Kander found his artistic voice early on in his career, finding continual inspiration from painters, including innovators Rothko, L.S. Lowry and Francis Bacon. For Kander the work is never complete without someone looking at, engaging with and responding to it. ‘I know if I was creating art on a desert island it wouldn’t be satisfying to make the work I do,’ says Kander.

He goes on: ‘The viewer is so incredibly important; they make up the triangle between me and the subject. I don’t feel like I’ve got an allegiance to the Yangtze River, my allegiance is with the people who look at the work. It’s them I want to move, to look at themselves, to wonder, be entertained. Whether it’s an image of an estuary or a portrait, I’m looking for a reaction from the viewer mirroring my feelings and reactions, that will encourage them to – even without knowing it sometimes – ask questions and react within their own bodies.’

‘I’m trying to get to the nakedness of things, trying to address what is underneath what things seem to look like.’

One of the most rewarding qualities of Kander’s imagery is its breadth. Never sticking to a single subject or aesthetic, his approach stands apart from most modern photography, making this unpredictability exciting. ‘One book I had growing up was by Edward Weston. I’d look at a picture of a forest which would be placed next to a photograph of rusty car. A seascape would be printed next an image of cloud, and then perhaps a nude would be on the page after. All these photographs might appear incongruous, but they were strung together with a lovely thread, and that thread was Weston. Working in this way seems so natural and normal to me.’ 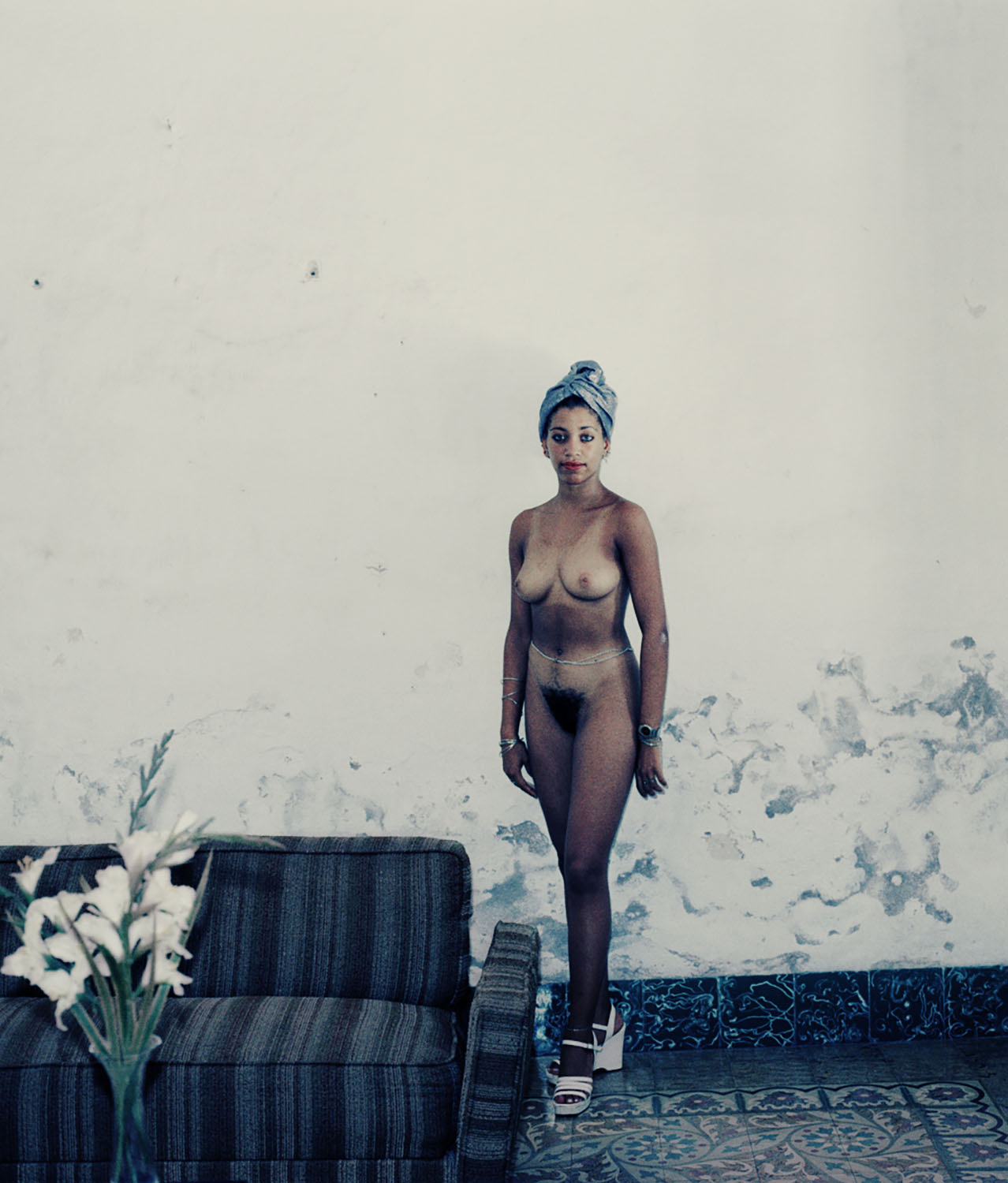 Much like Weston, Kander is focused on the bigger picture and what brings his work together is his continual exploration of what it means to be human. Like life his imagery is full dichotomies, switching from beauty to imperfection, life to death, vulnerability to strength. ‘I’m trying to get to the nakedness of things, trying to address what is underneath what things seem to look like. It’s not a terribly conscious thing, it’s quite intuitive, but when I get it subtly right it’s like hitting a sweet spot on a tennis racket.’

His ability to get it right hasn’t gone unnoticed and Kander is deservedly one of the most significant photographic artists today. His works are a way for us to reflect, look in the mirror, and start to question things. They act as portals for us to investigate the world and our relationship to it.

Possibly then, we can see his images as an expression of ourselves rather than a story to be read. 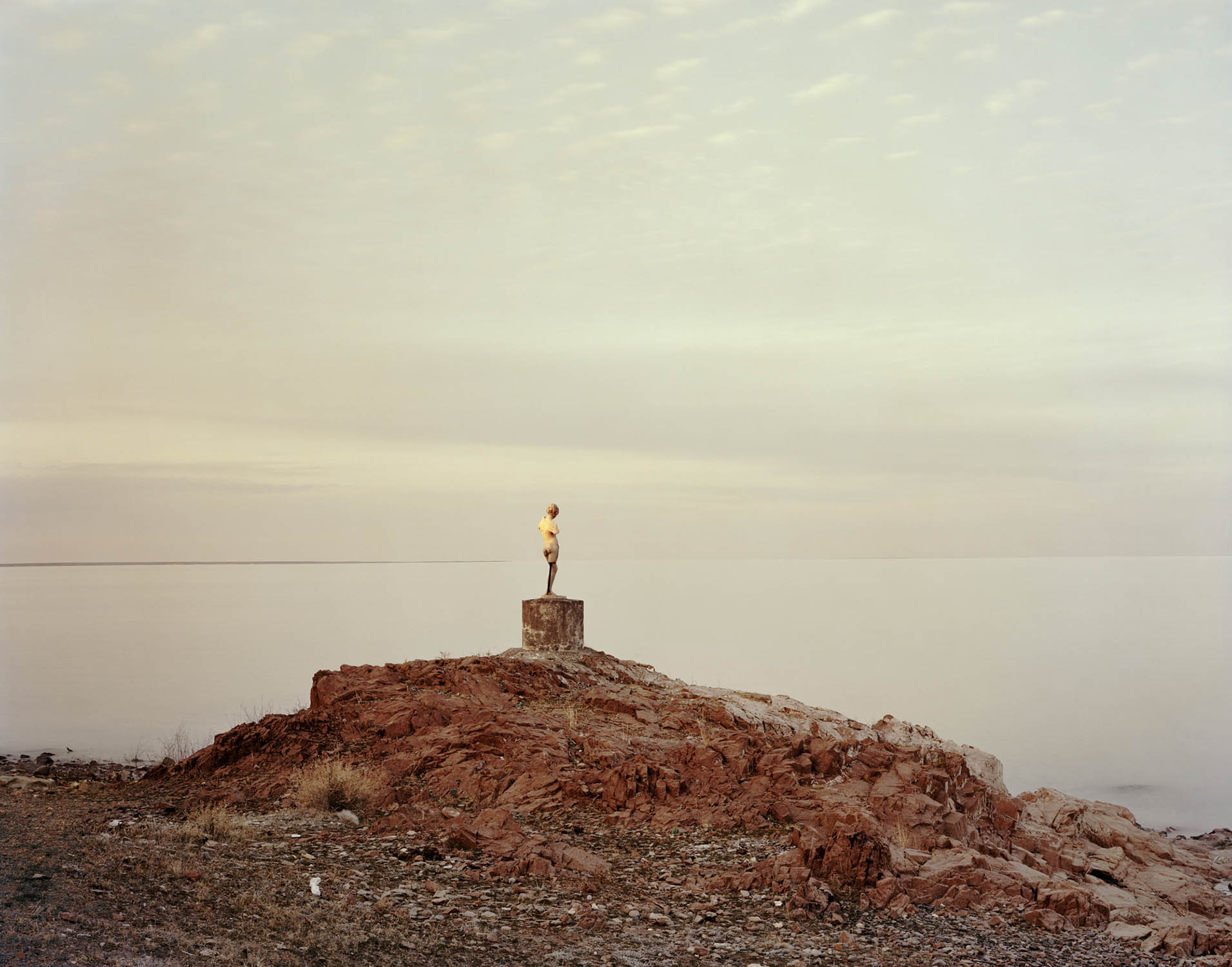 Priozersk XIV (I Was Told She Once Held An Oar), Kazakhstan 2011, © Nadav Kander - courtesy of Flowers Gallery 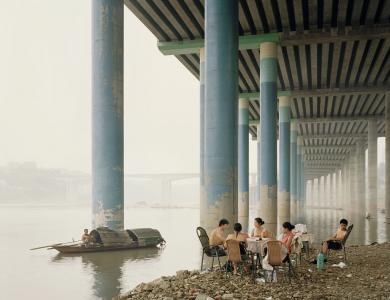 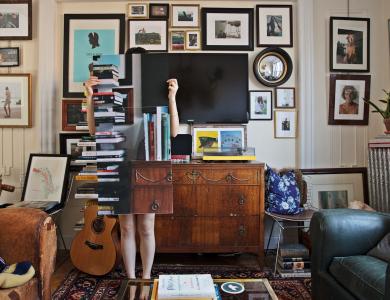 Fact or fiction? How we alter truth in our digital age