Magnum Photos is a world in itself. It’s archive in an immense visual record and – much like the subjects on its thousands of negatives, contact sheets and prints – is complex, contradictory and utterly compelling.

Founded in 1947 by Henri Cartier-Bresson, Robert Capa, George Rodger and David ‘Chim’ Seymour, the agency has two steadfast factors to its identity: the first being its members’ documentation of key cultural and political events since the Second World War; the second being its championing of work that pushes the medium into new and exciting experimental territory. These two veins are united by powerful and enduring storytelling.

To celebrate this partnership, we’ve delved into the 85 works available to buy as prints to discuss, examine and consider a selection that defies convention, shatters the status quo, has redefined history and helped transform lives. To highlight the great breadth of the archive we’ll highlight some of our favorite chroniclers taking part in this year's print sale. Rooted in photojournalism the 11 photographers below reported on a subject extensively with an inquisitive and intelligent approach to highlight different points of view in an in-depth, engaging way. 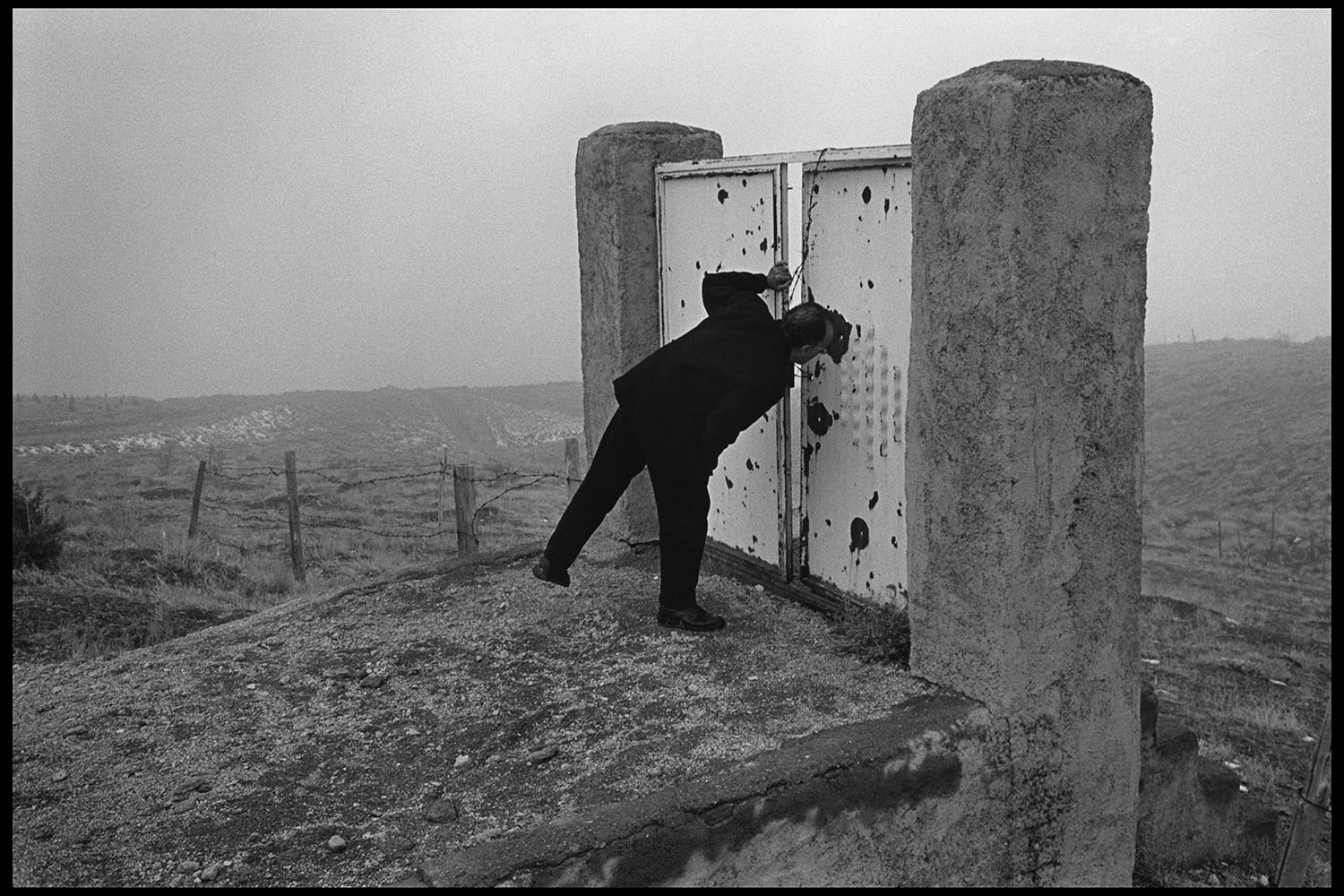 "My photography is a reflection, which comes to life in action and leads to meditation. Spontaneity – the suspended moment – intervenes during action, in the viewfinder."

Abbas Attar, better known as Abbas, was an Iranian photographer known for his documentation in Biafra, Vietnam and South Africa in the 1970s.

This image, taken in Tehran in 1997, shows film director Abbas Kiarostami on the hills surrounding the capital, where his film "Taste of Cherry" was shot. 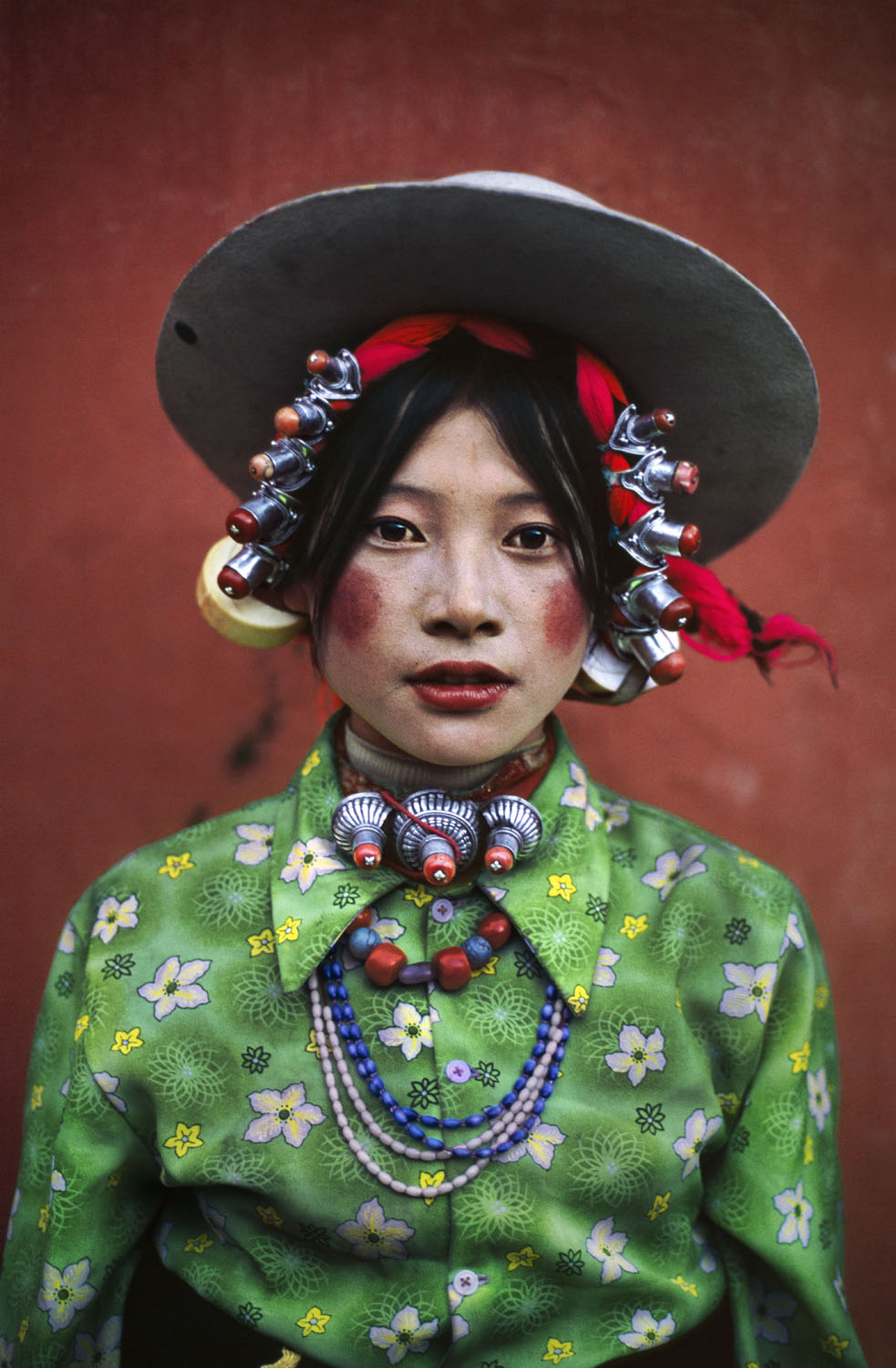 "What is important to my work is the individual picture. I photograph stories on assignment, and of course they have to be put together coherently. But what matters most is that each picture stands on its own, with its own place and feeling."

Steve McCurry's colorful work spans conflicts, vanishing cultures, ancient traditions and contemporary culture around the globe. He is most famous for his arresting "Afghan Girl" portrait.

This portrait is of a village girl participating in the Tagong horse festival in Kham, Eastern Tibet. 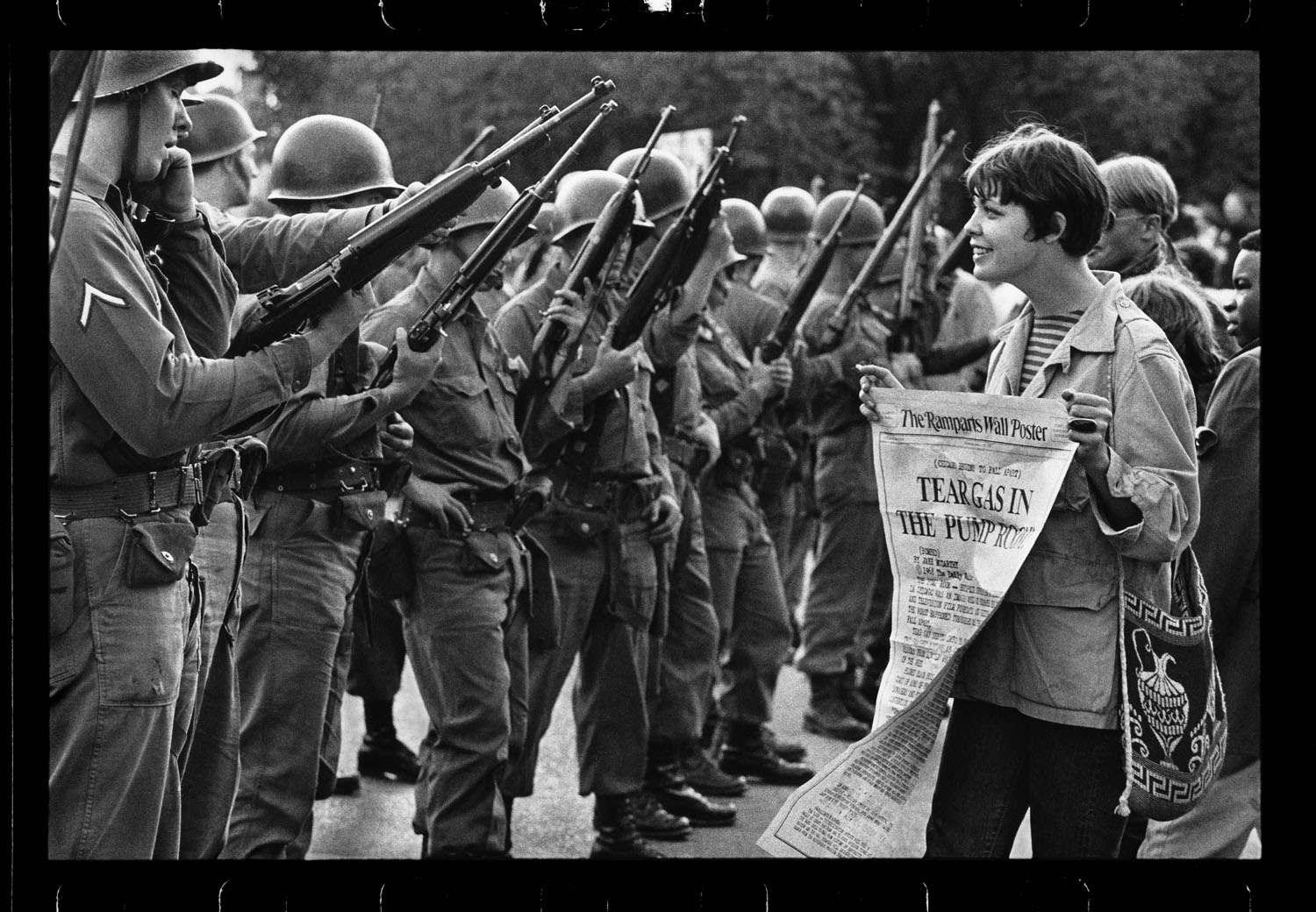 "The photographer is filled with doubt. Nothing will soothe him."

Raymond Depardon began his career in the 1960s and traveled to conflict zones in Algeria, Vietnam, Biafra and Chad. In 1977 he received the Pulitzer Prize for documentary Chad's independence from France. 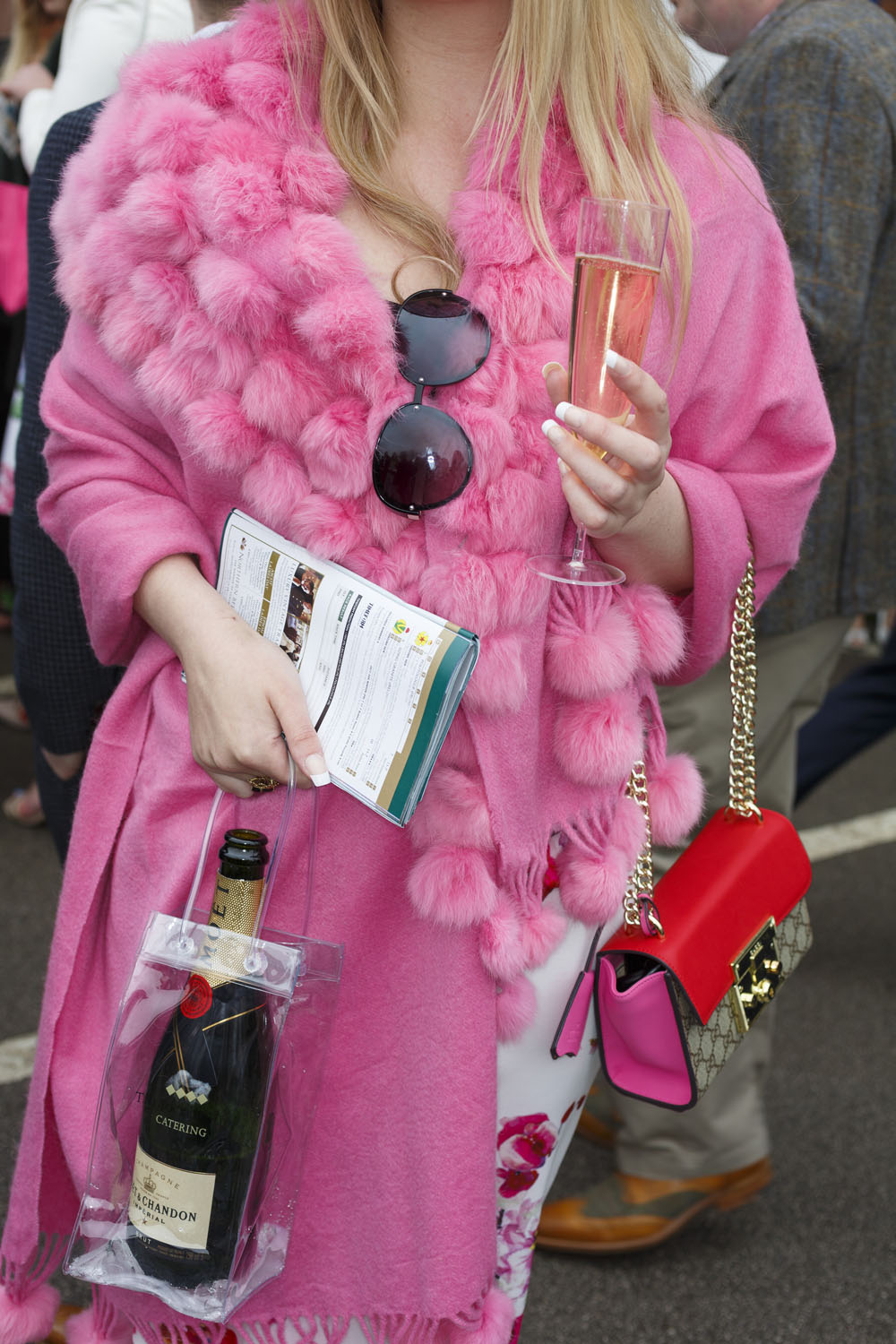 "With photography, I like to create fiction out of reality. I try and do this by taking society's natural prejudice and giving this a twist."

Martin Parr’s sharp and satirical approach towards reportage has secured his reputation as one of the most significant photographers of post-war Britain.

Highlighting the eccentricities of the British, this witty portrait was snapped at the 2018 Grand National at Aintree Racecourse. 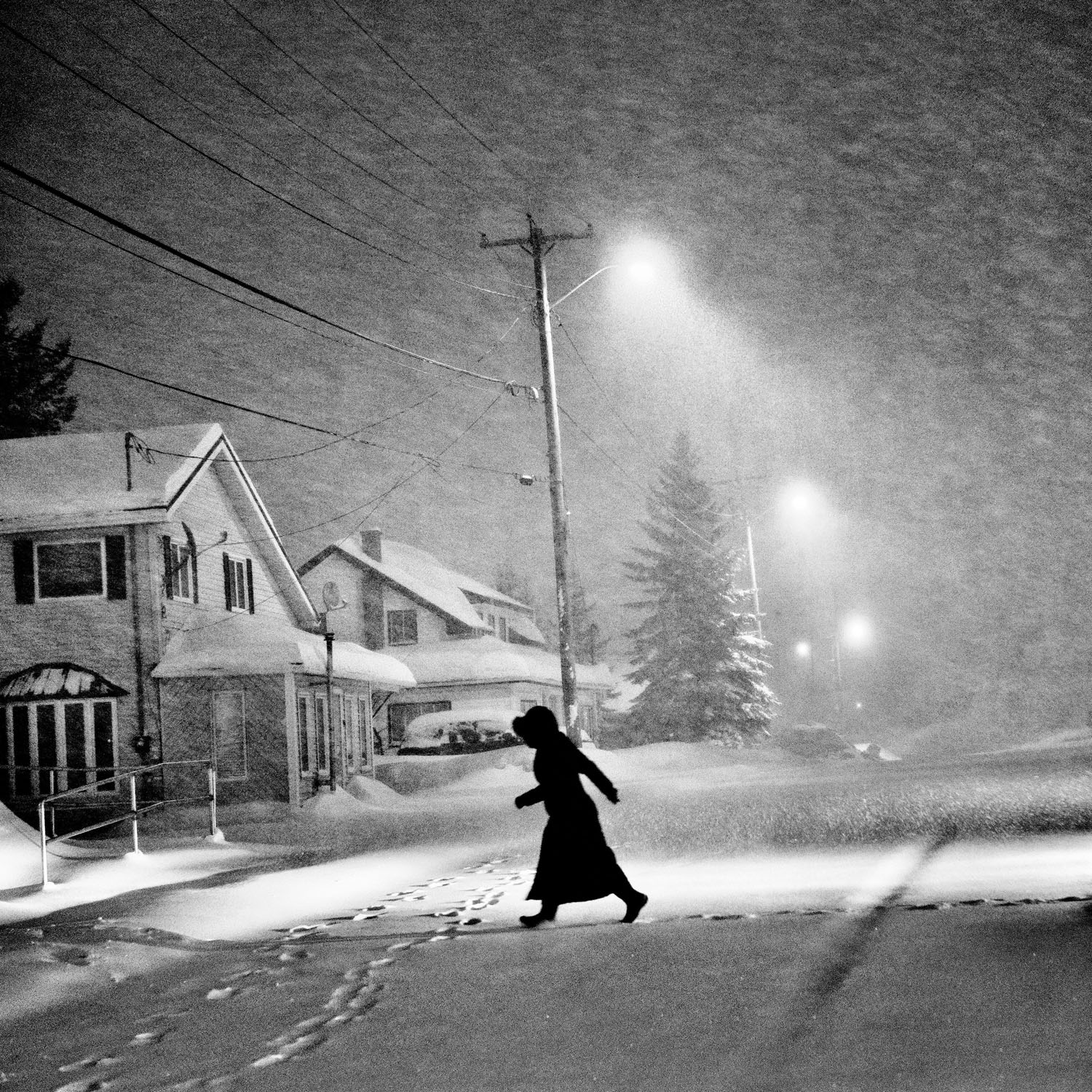 "The work of a photographer is to reveal hidden things."

Matt Black is a documentary photographer who, in 2013 began Geography of Poverty – a comprehensive, digital photographic survey of America’s poorest communities. Black went across the continent to 100 cities in 39 states to meet the people and places in the shadows of the American Dream.

Through his heavily symbolic style he shows what it looks like when migration, poverty and agriculture meet. This snowstorm scene was taken earlier this year in Madawaska, Maine. 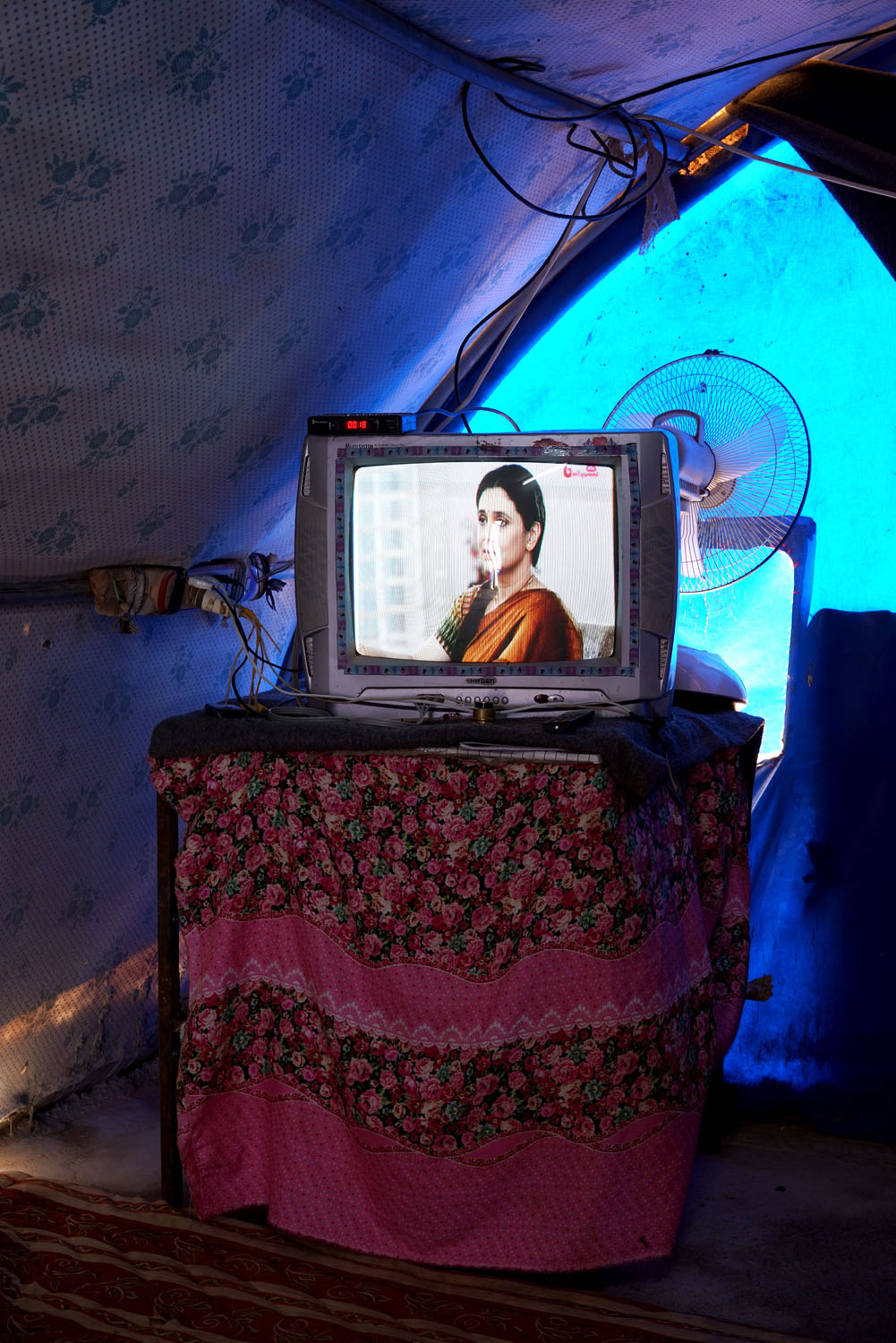 "As a photojournalist I am interested in searching for the positive commonalities in human spirit, to expose those intimate moments among people that reminds us of dignity and hope in the face of conflict."

Spanish-American photographer Moises Saman is considered one of the leading conflict photographers of his generation for his documentation of Iraq, Egypt and the Arab Spring.

This intriguing image shows a TV playing an Indian soap opera inside the tent of a family displaced because of their affiliation with ISIS. Photographed in Iraq, Qayarah, 2018. 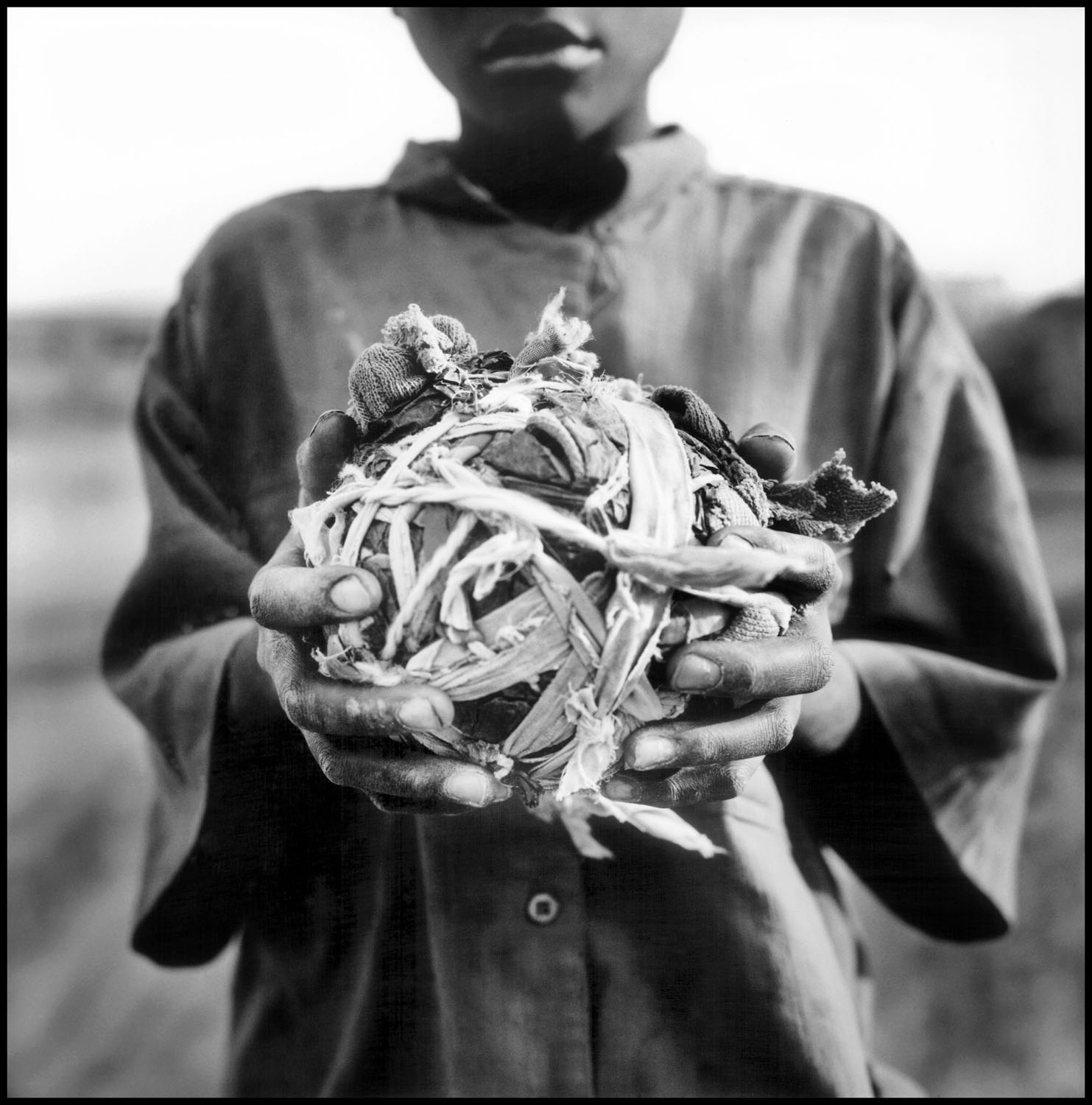 "I’m very open to any visual conceits and any possibilities at my disposal to better explain to people the ideas I’m exploring."

This image shows a young boy holding a homemade football. Taken in Kuito, Angola, 2002, as the country's 27-year civil war came to an end. 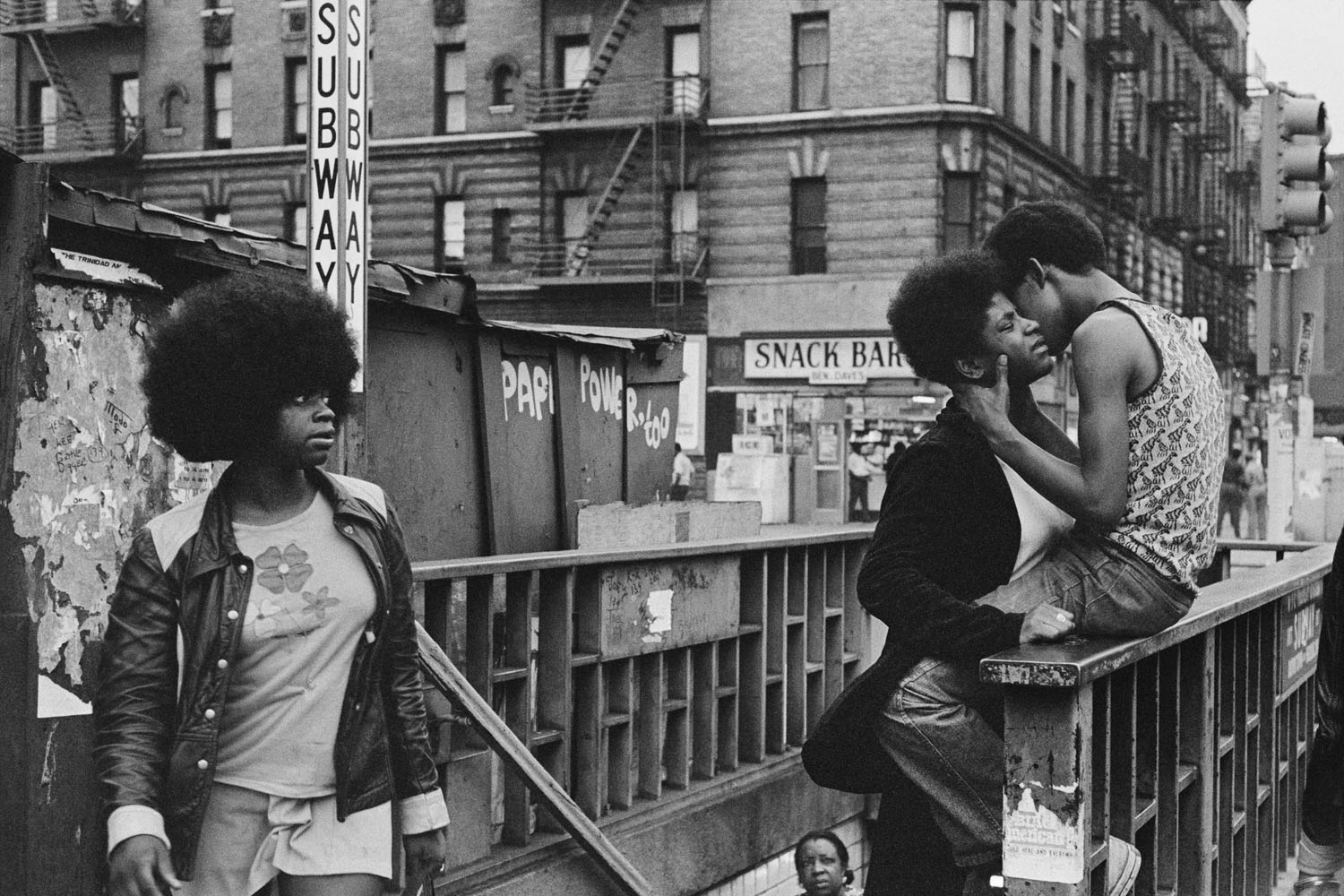 "When I say that people can be fired or arrested or abused or whipped or banished for trifles, I am not describing the exceptional case for the sake of being inflammatory."

Ernest Cole's early work chronicled the horrors of apartheid and in 1966 he fled the Republic of South Africa becoming a ‘banned person’. He moved to New York chronicling the racial inequity he witnessed and died in the city in 1990. During his life he was known for only one book: House of Bondage – published in 1967. 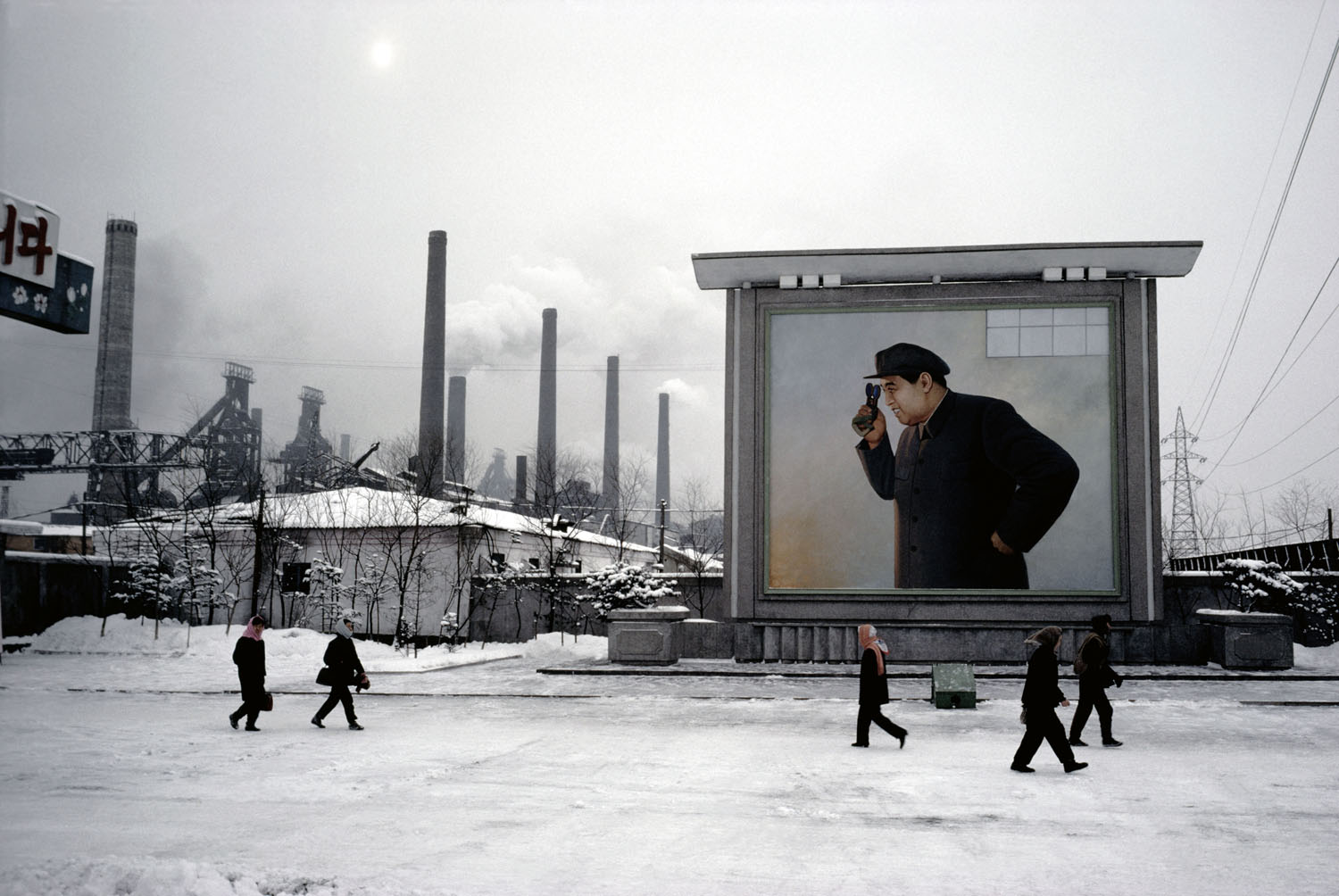 "I love beautiful things, and I want to make pictures that lift people's spirits. I see the giving and receiving of photographs as something beautiful and personal."

During the 1960s to the 80s, Japanese photographer Hiroji Kubota has documented Saigon (now Ho Chi Minh City), North Korea and China. He also reported on the 1968 American presidential election.

This surreal scene is of the Kim Chaek Ironworks, the largest ironworks in North Korea, in 1986. A huge billboard showing the late president, Kim Il Sung, peering into a furnace is found in front of the main gate to the ironworks. 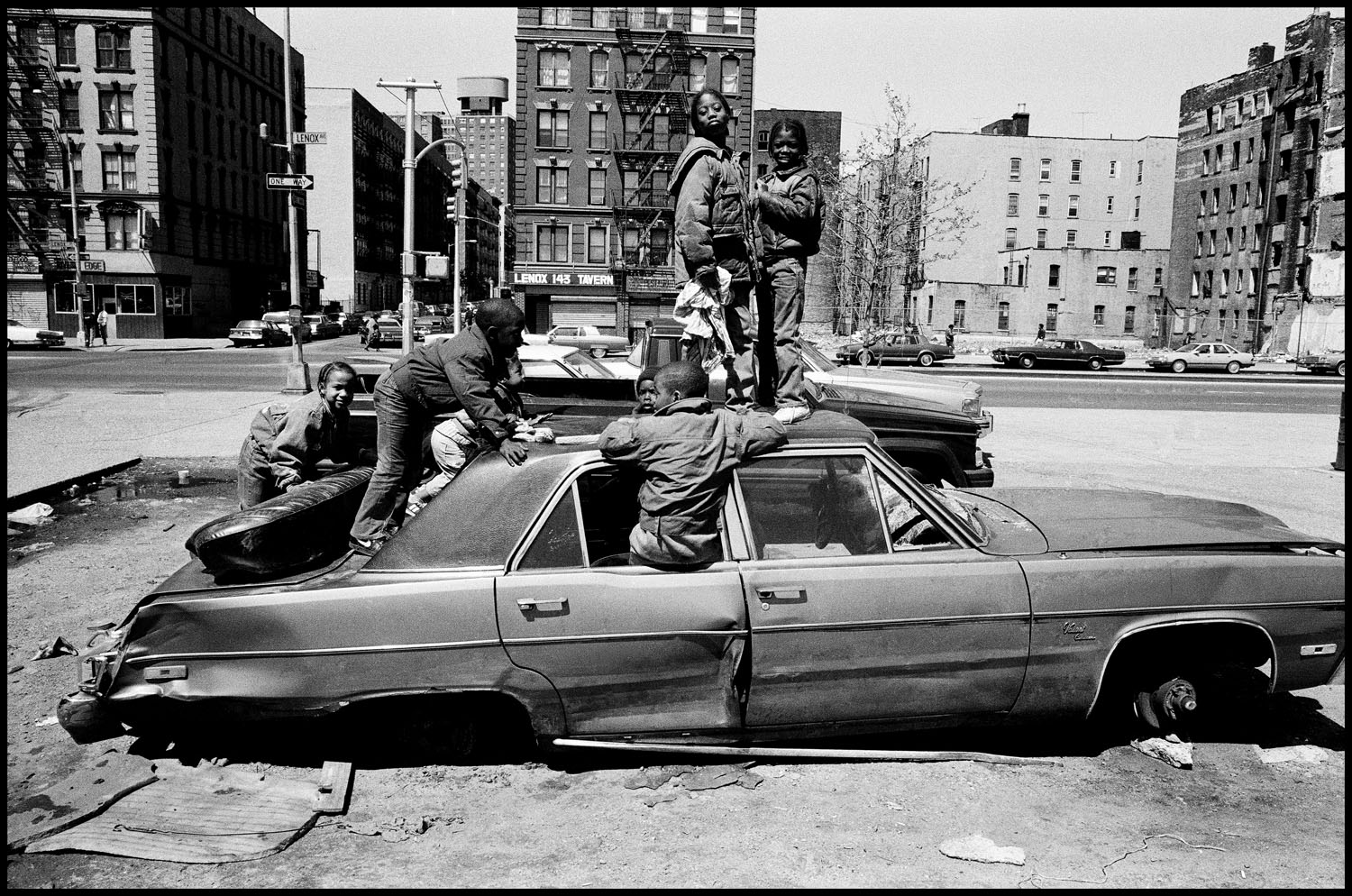 "The main thing for me is that I'm happy that I've been able to work as a professional photographer. What is at the core of my work is, in essence, a meditation on being a human being."

Eli Reed's work from El Salvador, Guatemala and other Central American countries and his photographs depicting the effects of poverty on America’s children for a film documentary called Poorest in the Land of Plenty has garnered much attention since the 1970s.

Here we see a street scene in New York's Harlem, 1987, where children are playing in an abandoned car. 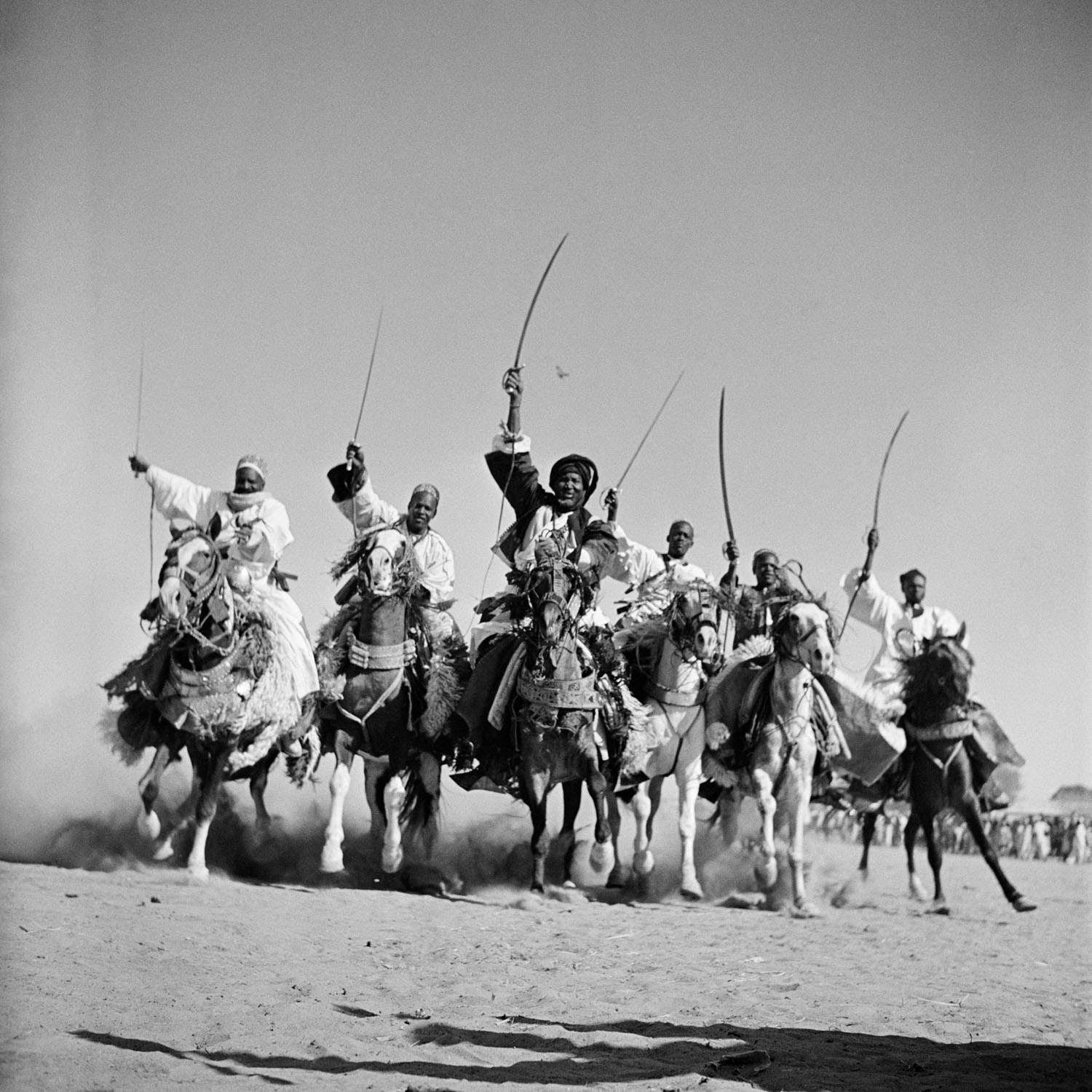 "You must feel an affinity for what you are photographing. You must be part of it, and yet remain sufficiently detached to see it objectively. Like watching from the audience a play you already know by heart."

Hassau chieftains demonstrate their superb horsemanship in a "Fantasia" in Chad, 1941. 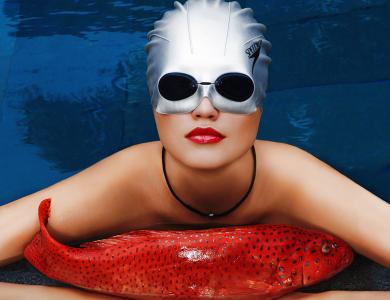 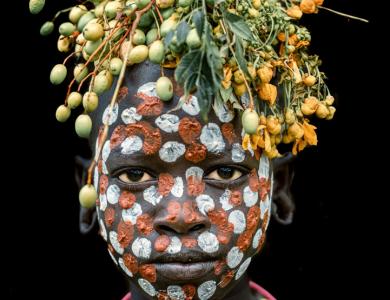