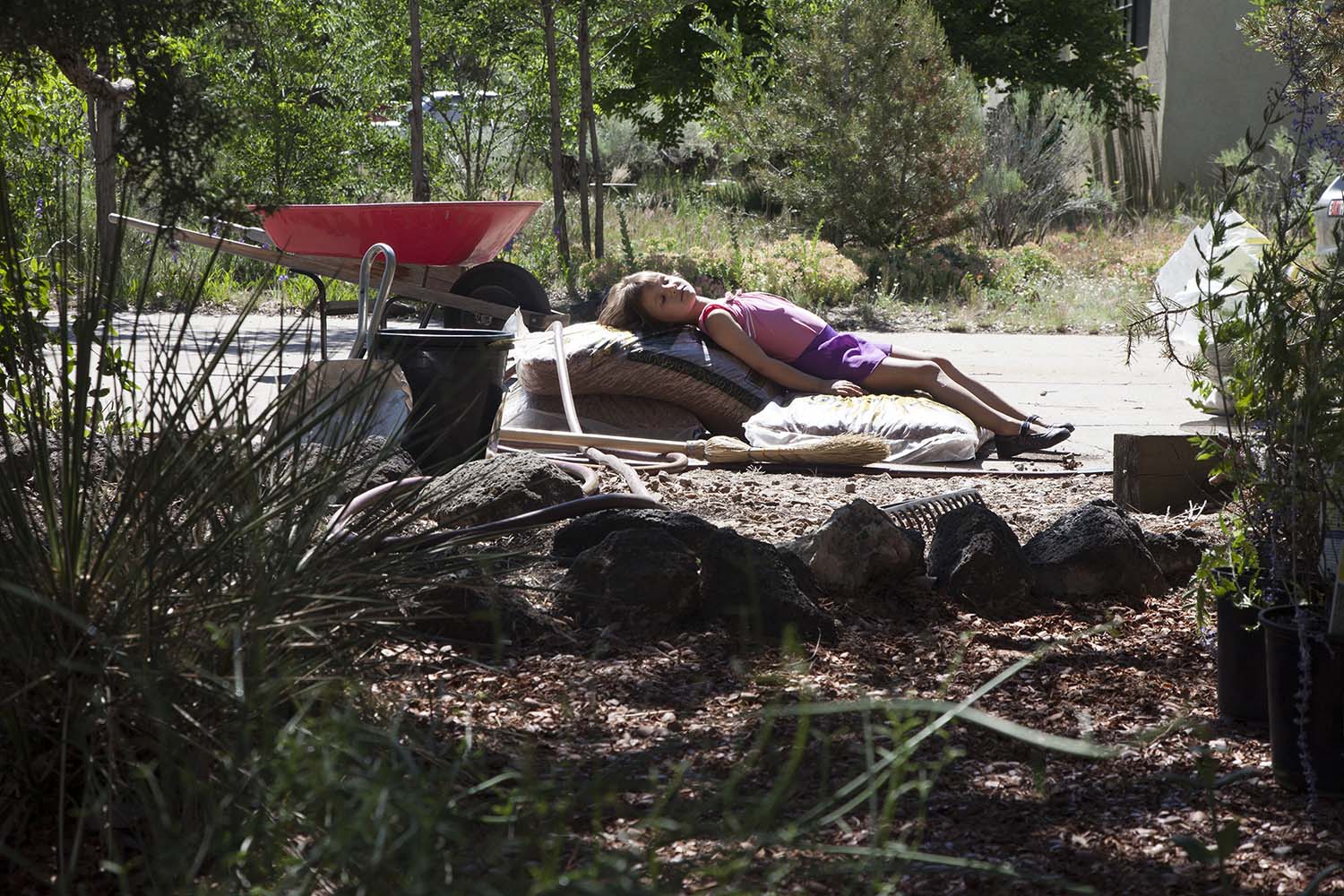 Megan Jacobs is an artist based in New Mexico. She is an Associate Professor at the University of New Mexico and is the Vice-Chair of the Society for Photographic Education-Southwest Region. Her work explores delicate relationships: our existence as material and concept, the interweaving of two partners in love and the bond of parent and child.

Hi Megan. Talk to us about your series 'Mi Familia' - Where and why did this project come about?

In my work, I am interested in exploring delicate relationships. Early in my artistic career, my work investigated one’s existence as material and concept and then grew to explore the interweaving of two partners in love. After the birth of my two children, it felt like a natural next step to explore the bond between parent and child. The series 'Mi Familia' depicts my children and explores the vulnerability, intimacy, and joy of motherhood and familial life. Joyous, and at times melancholic, the photographs explore fleeting and momentous moments as well as the detritus of childhood. 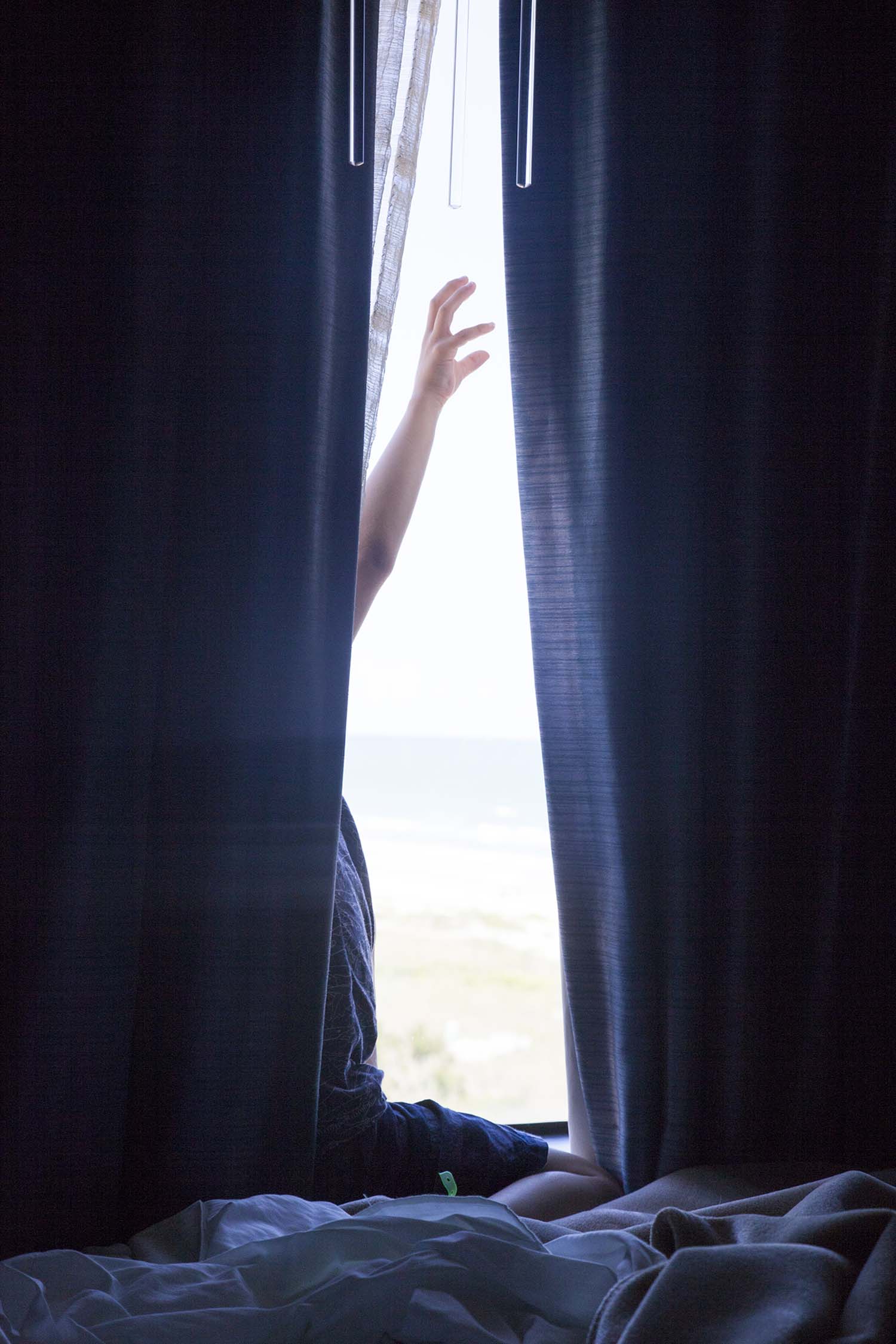 Approaching the idea of childhood and family in imagery always seems like a momentous, and important, task - how did the project evolve from the initial idea?

The act of photographing my children became a way to chronicle the fleetingness of their youth and as a way to relive childhood. The series explores moments that normally wouldn’t be included in a family photo album such as images that explore subtle, ineffable moments. The images also explore kinesthetic experiences that tie us to place - experiences that are rooted in childhood and yet are often dormant in adulthood - the beauty of laundry billowing in the wind or the warmth of summer rays on one’s skin. The work pays tribute to the astute ways that children observe and see the world and explores how parents mark the passage of time as framed by family rituals and seasonal changes. The images seek to create empathy, illicit nostalgia, and honor the sanctity of childhood through the creation of moments filled with the magic of play, which is often enveloped in the natural world. Aesthetically, the work seeks to create an ethereal beauty that rests on love’s wings. 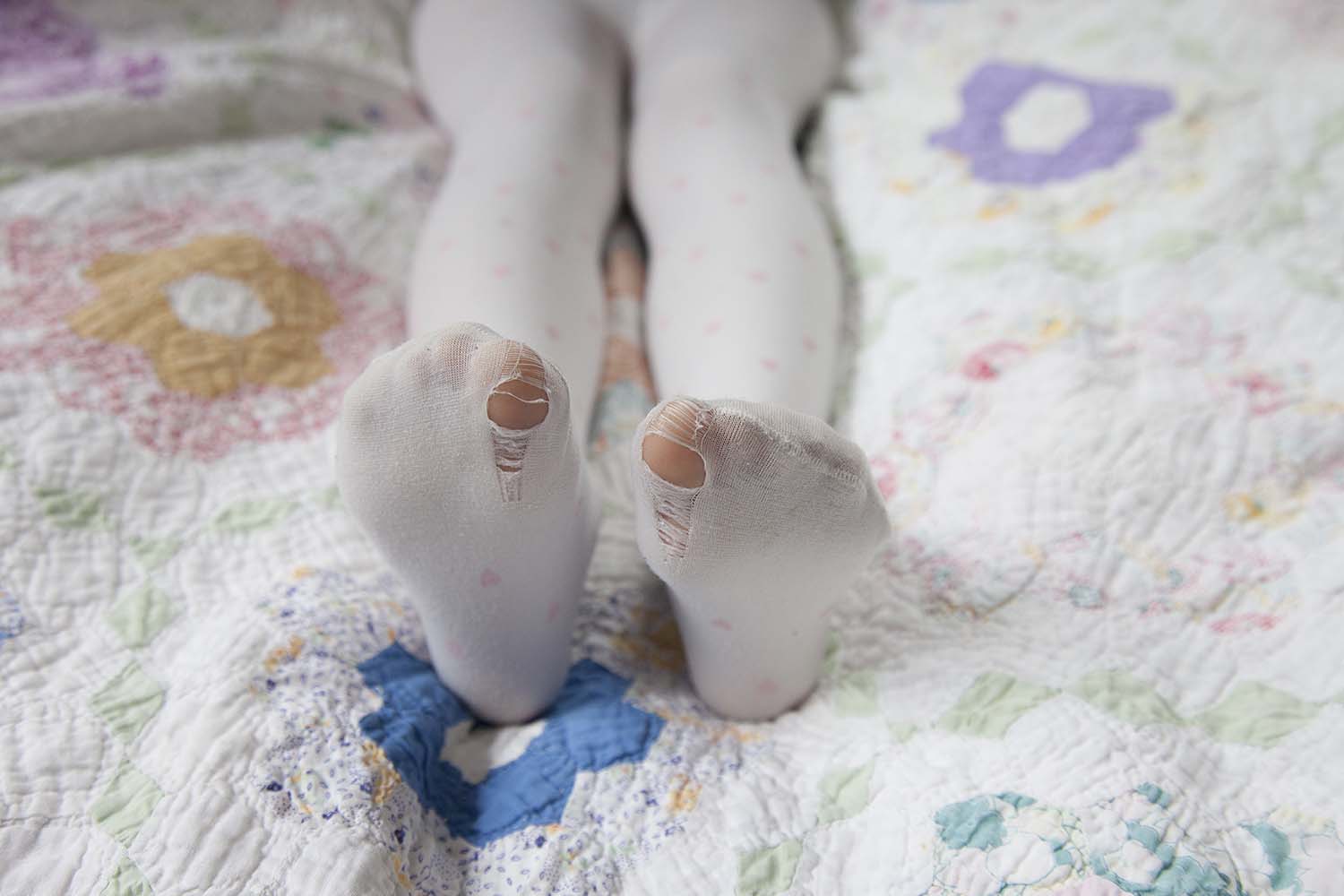 Do you have a favourite image from your Fence submissions? - Could you tell us more about it and the process behind it?

My favorite image from the FENCE submission is 'Mi Familia: Reach' which depicts my son, Elliot. The image was taken on vacation when he sitting by the window in our hotel room. He played with the curtains as other family members got ready to go to the beach. The simple gesture of reaching for the device to pull the curtain, yet not quite reaching it, seems to articulate something greater than what it literally depicted. The image functions as a visual metaphor, illustrating how one strives to reach one’s desires.

I fell in love with photography after taking a course with Cheryl Klauss on (the then) University of Pittsburg’s Semester at Sea program which is essentially a floating university.  Students were educated while on the ship and docked at various port cities—Capetown, South Africa, Madras, India, Ho Chi Minh City, Vietnam, Osaka, Japan - and I learned to use photography as a tool to interact and record my observations in these locations. The camera became a kind of passport, a tool that allowed me to interact with the world, to communicate when I did not speak the language, to remember the way others lived and looked which felt so different from how I was reared in the Midwest.

Since that introduction, my relationship with photography has grown, as has the rest of the world. It is estimated that 1.2 trillion images will be taken in 2017. Making an image now is a far cry from when I was initially taught traditional black and white photography. While attending art school I became interested in how photography can be used to construct meaning and convey emotion which is echoed in the Mi Familia series.

The prevalence of photography - 5 billion of us have a camera in our back pockets - to some degree changes how we function in our everyday lives. We perform for the camera (selfie, anyone?), we subvert or record injustice (civilian/police violence), and curate aspects of our lives in which images play a huge role (such as on Facebook, Instagram, SnapChat, etc). Now, more than ever, questioning how and why we use photography is a critical question, not only for photographers but citizens at large. 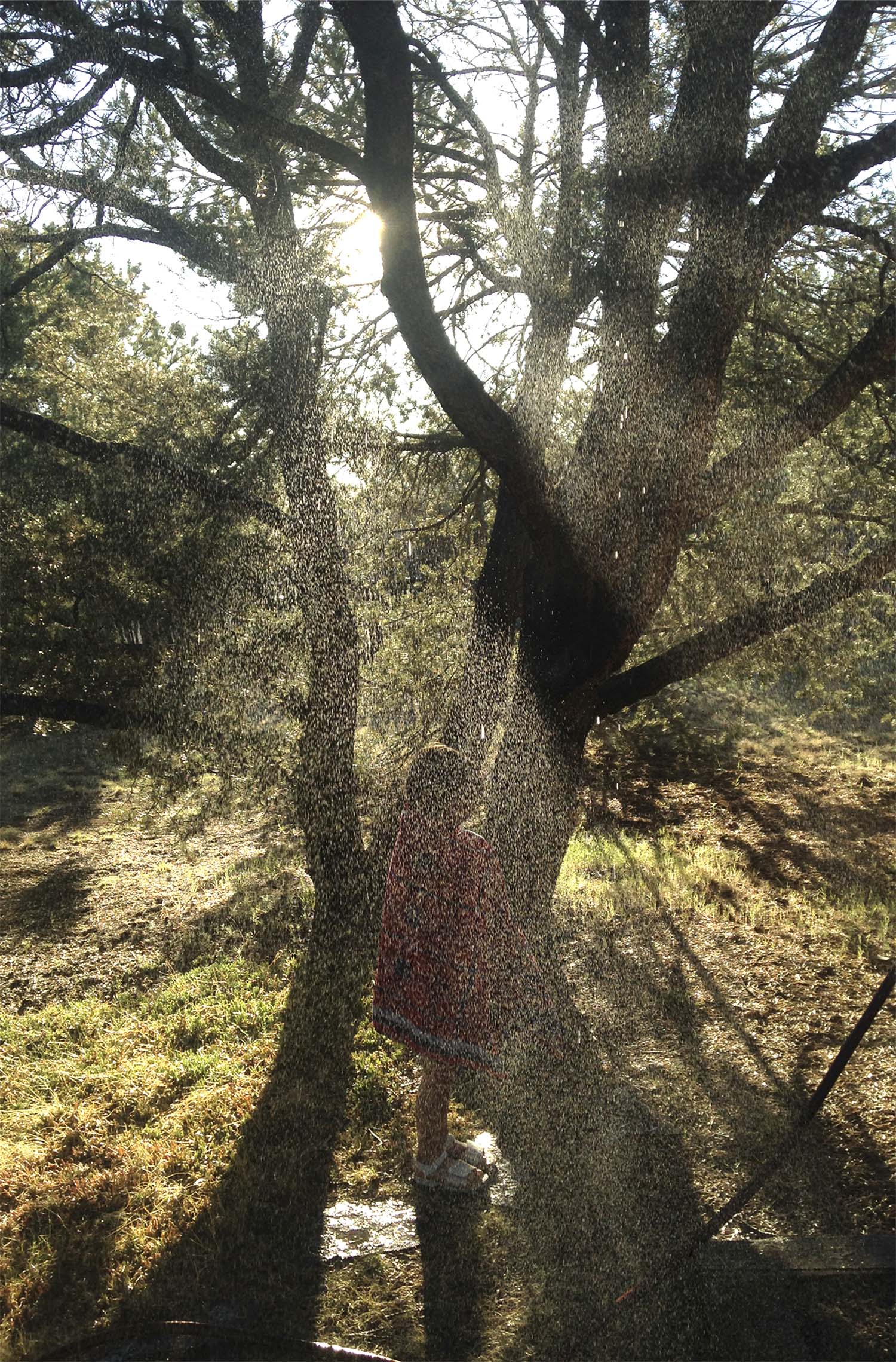 My photographic philosophy extends from my philosophy about art in general: it is a tool to question the world at large and oneself. It is a way to visual craft ideas and aesthetic moments which can be communicated and shared with others. The act of looking critically and carefully at something is an important skill that photography helps to cultivate. 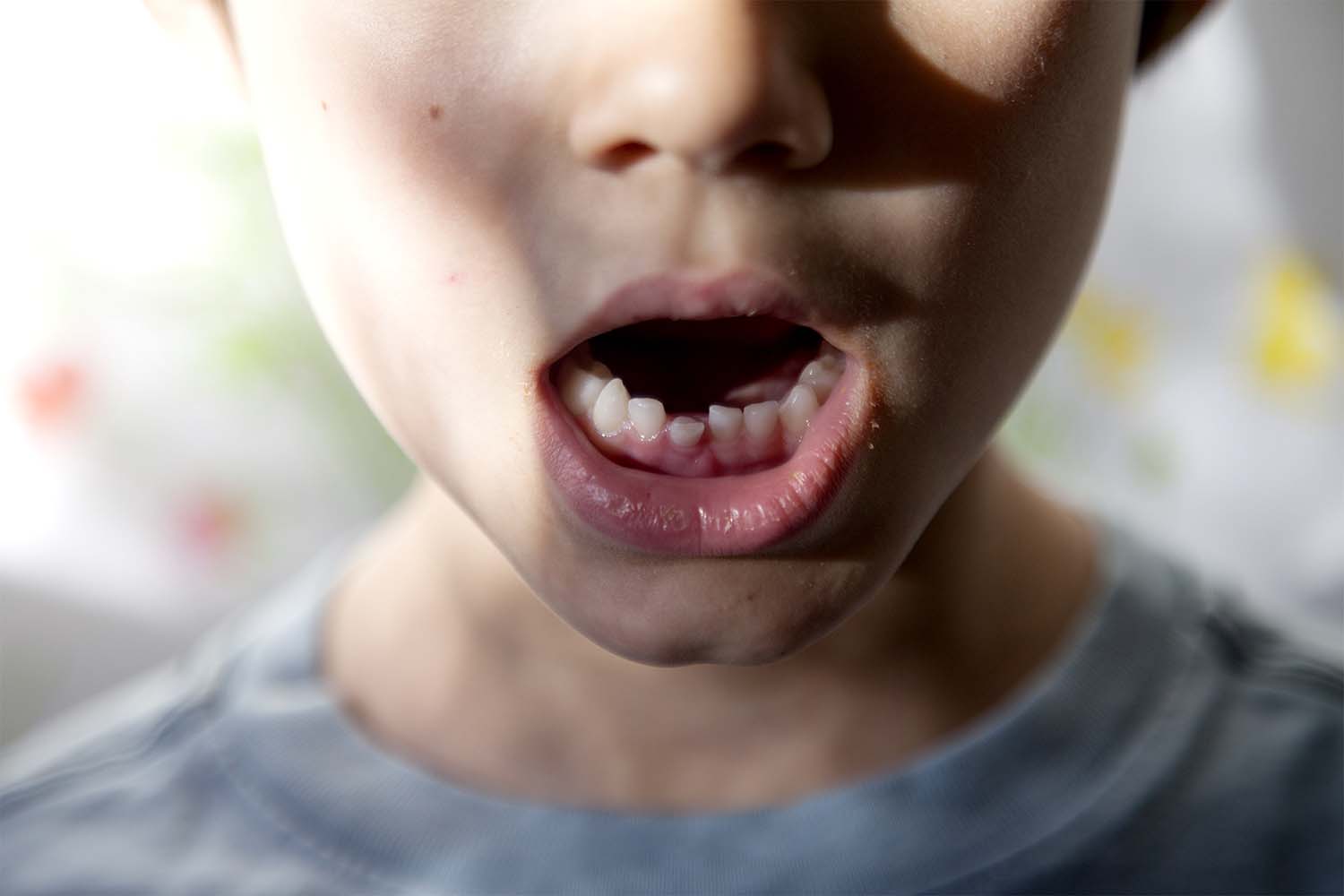 Where do you find your inspiration?

I’m inspired by my children who are the subject matter of this body of work, but my influences more broadly range from poetry to interior design, to pop culture, to literature, to film, the list goes on. To be an artist is to be intellectually hungry. I fundamentally want to learn about the world. Visually, I’m inspired by the powerful work of fellow artist-mothers such as Rinko Kawauchi, Sally Mann, and Cig Harvey.

My grandmother and mother both took great care to craft their domestic spaces which certainly influenced the formation of my own aesthetic sensibilities within my art. I come from a long line of matriarchs and feminists. Both were fearless for their times: my grandmother earned an MA in education in the 50s and my mother a Ph.D. in philosophy in the 70s so they know the challenges of wearing multiple hats--that of a dedicated professional and a loving, present mother. 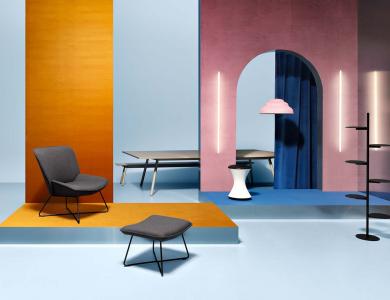 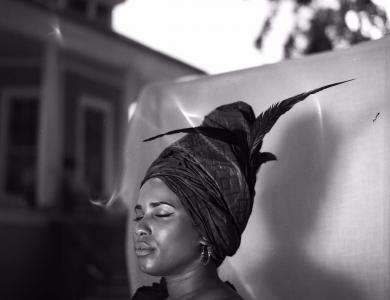 Celebrating the culture of the female in the 21st Century