By really studying the city streets, Bertrand Bernager has captured some of the world’s busiest cities in ways never seen before. He explains how he shoots his images and the thought process behind what he does.

I have been extremely lucky growing up and learning photography on the streets of Paris. Big cities are fantastic places for street photography as there is so much going on and so many different types of buildings and locations. This gives you the opportunity to try different things and really learn your craft quickly. For the latest few years I have been shooting not just in Paris, but cities around the world, at first with the Sony α6000, and now with the α7R III.

THE CITY IS A PLAYGROUND

Cities are like a maze. I see every day as an opportunity, a new challenge of trying to find locations and capture scenes that haven’t been shot before. So, my first piece of advice is to simply enjoy the city and walking around it. Go and explore your town or city and look at it with a fresh pair of eyes.

When I think I have found a scene to photograph, I like to stop and take a second or two to observe what is going on before taking an image. I am looking for something magical; it may be a special light, or just something that really captures the mood and the atmosphere of the city at that particular time. The key, though, is stopping to look before shooting.

The most important thing for me is to try and reproduce the atmosphere, the energy, the DNA of a city. It is easy to shoot a picture-postcard image of a city like New York. You may get a good picture as a result, but we will have all seen such an image 1,000 times before. Instead, look for interesting compositions or colours to try and make your picture's original - add something of your own to each image.

One exercise to train yourself to explore a scene and find something different is to take the obvious shot than simply move around the scene. Try shooting lower, higher, or look in the opposite direction. Try to find another image to take. Over time you will start to naturally look and find different compositions aside from the regular tourist images.

Like any other genre of photography, light is incredibly important. I take a lot of images at sunrise and sunset. I really like to wake up early in the morning at, say, 5am or 6am to take the first light in the street. I enjoy shooting at this time, as the light is magical and there is almost nobody in the street.

One of the ways I like to introduce some atmosphere and magic is by shooting directly into the sun. I like to play with the light and how it creates reflections, flare and starburst. Some people don’t like the effect and try to avoid it, but for me it really creates energy.

To find the best light, I will use apps that can track where the sun will be in the sky at different times of the day and then I will aim to be at the right space at the right time for the light. I still don’t know the exact image that I will take, but I will know that the light will be hitting a building or street at a certain angle and then the job for me is just to make the most of the affect it is creating.

SPEND QUALITY TIME ON THE EDIT

I will spend almost the same amount of time editing as I will have spent out shooting - a full day of shooting will produce enough images for a full days’ worth of editing.

When editing, I concentrate on the contrast level to bring out the strong black and white tones and then turn my focus on the colour and the shape. I really like having orange hues in my images, so I will play with the images to bring this to the fore, but the key is identifying the colours you want to elevate and working to get the contrasts to a happy balance.

GIVE YOURSELF A PROJECT

One thing I like to do is to set myself a project to try and create a series of images that work well together. I recently went to Singapore and set myself an architectural project. I changed my way of working, and used the FE 12-24mm f/4 G lens on my α7R III to shoot black and white abstract minimalist images. I looked for very minimalist compositions with lots of linear elements.

Having a project to work on helps to give you focus and a motive to push yourself and try something new, and become a better photographer.

The equipment used in this article: 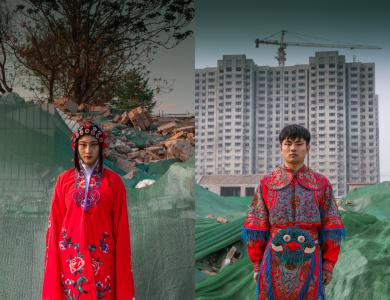 How to go further in the Student competition 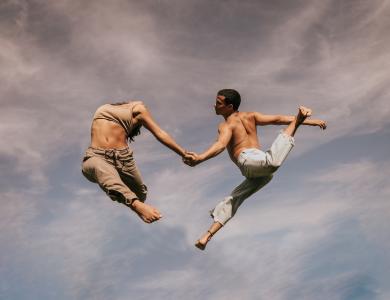