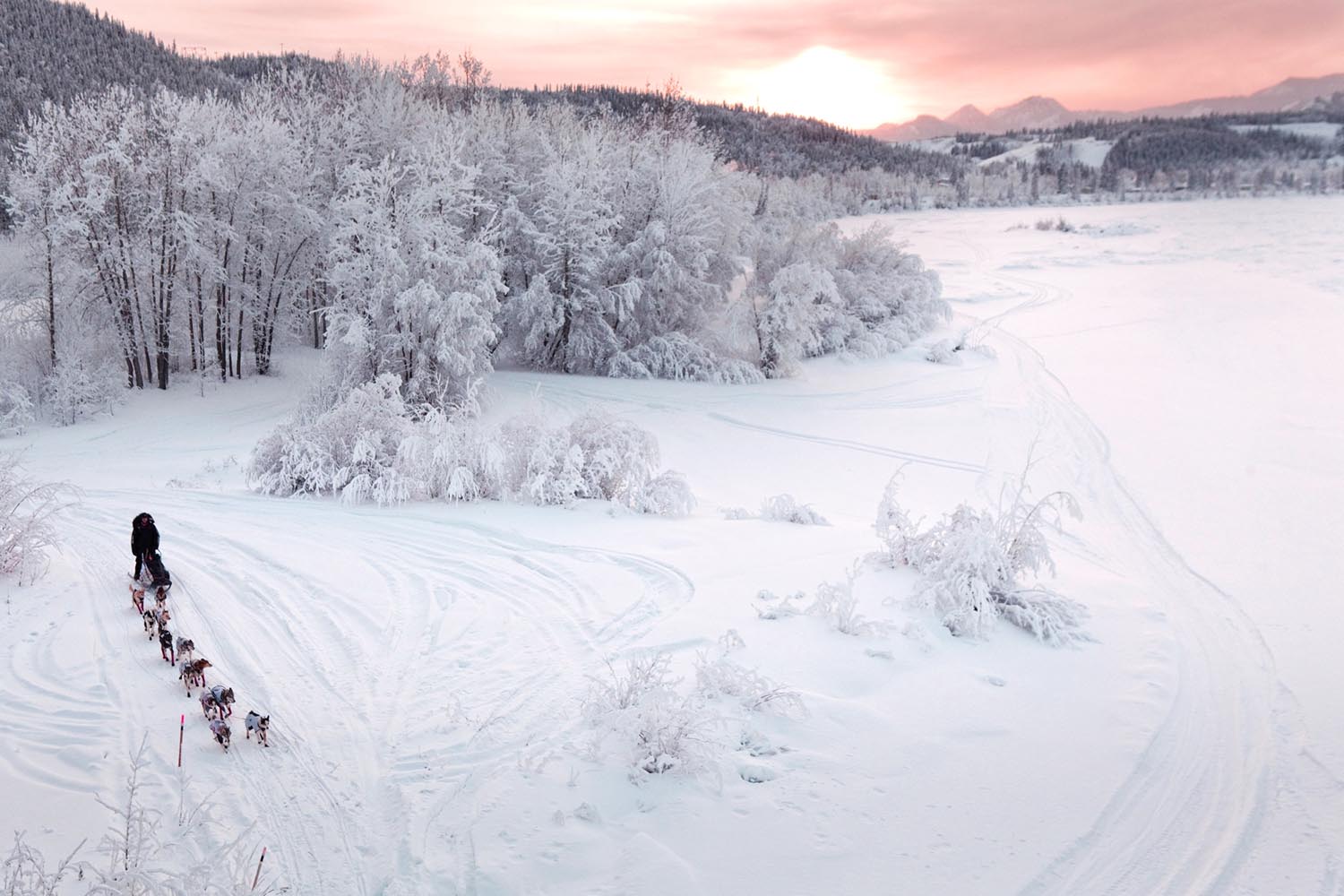 After studying political science and Latin American studies, Katie Orlinsky moved to Mexico and found herself drawn to the world of photography and its ability to bring social change. From war to natural disaster, climate change to sports, Katie’s work has varied in nature but tends to center around the human experience. Orlinsky chats with Blink’s Laurence Cornet about her past and present projects and the many places photography has taken her.

Laurence: What made you pursue work in Mexico?

Katie: I was in Oaxaca, working as a stringer for the local newspaper, when the conflict broke out in the city. Photographers came in from New York and Mexico City; as I met them and saw what they did, I decided that it was something that I wanted to pursue as well. I spoke the language, I understood the political context and I could see what made a good picture. That means I was already at a pretty decent level, right?

In terms of context, the situation was dangerous. But, because I understood the city well and I was working with local journalists, I was relatively safe. Local journalists are threatened in Mexico and face extraordinary risks, but foreign journalists are rarely targeted. Sometimes you can even protect them by being an outsider.

Laurence: That is a very different paradigm than in the Middle East, where you also worked...

Katie: Exactly. The Middle East can be very much the opposite; you are putting your fixers at risk by being with them. As a photographer, you need to be completely aware that whomever you’re working with could be made a target because of you. Even in Mexico, where I explained that being an outsider could protect local journalists, that is not always true. You need to understand that as well. 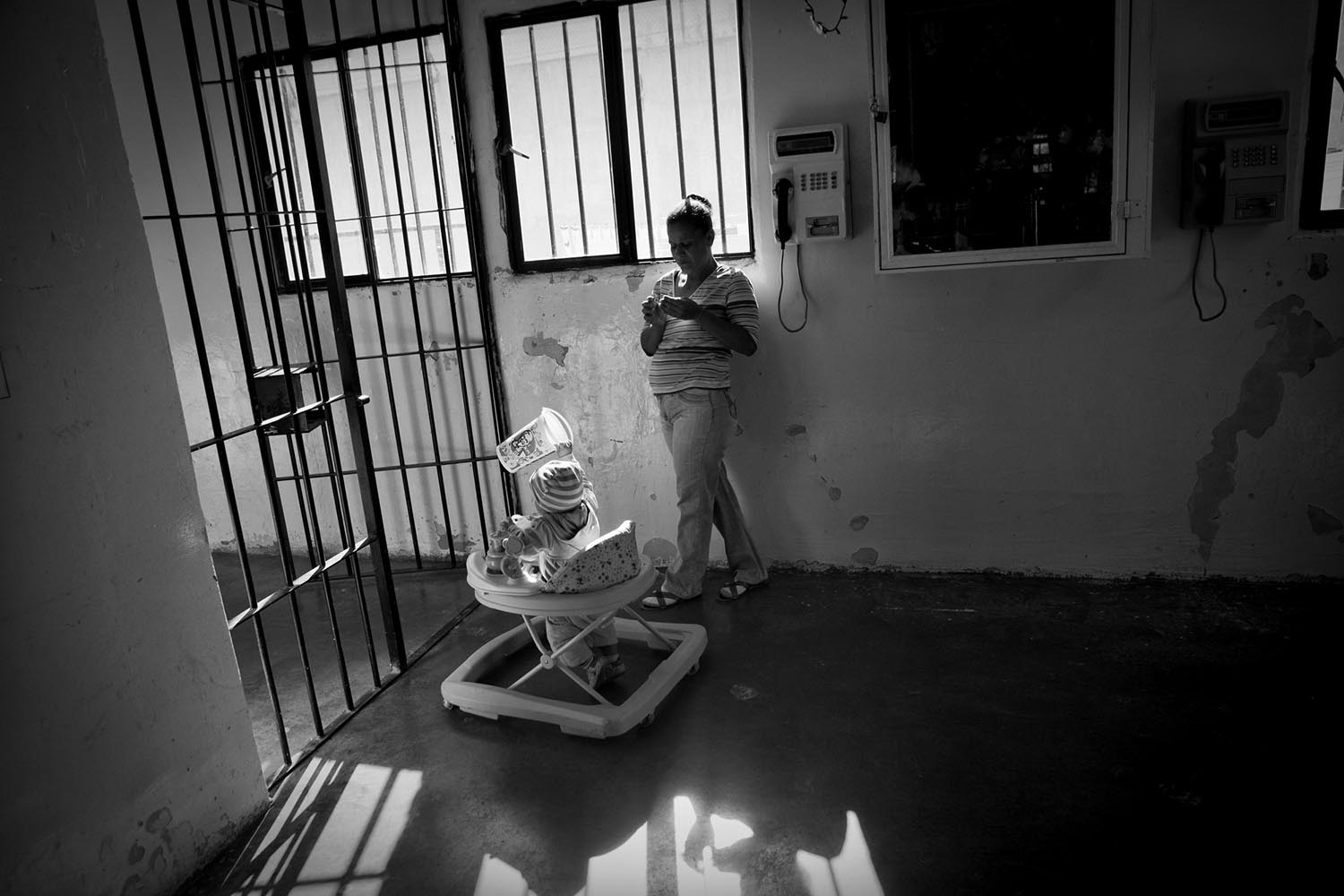 Laurence: What stories did you choose to cover in Mexico, and how did it impact your career?

Katie: In 2008, I moved back to New York and started freelancing for the New York Times. Around that time the drug war was really amping up. I was watching it happen from afar and I started to get frustrated by the coverage around it. Important elements from the story were missing, specifically the fact that many of the people caught up in the killings were innocent. A lot of media were using a government narrative that talked about the Drug War as “killers killing killers,” but that wasn’t the case at all.

I found my way back to Mexico, traveling for an assignment and then sticking around longer to work on personal projects. After working there for a year or two, editors started to associate my work with the region.

Laurence: You truly dedicated yourself to Mexico, and you recently dived into a completely different place, Alaska. Can you talk about this work?

Katie: I’m very passionate about Mexico but I was also ready for something different. By chance, I had this assignment in Yukon, Canada and Alaska to photograph a sled dog race. It was a part of the world that I never thought I would cover and I was blown away. The people are fascinating and the landscape is beautiful. And, it’s all at the front-line of climate change. Since then, I have been trying my best to find other stories, pitch them, get grants, and collaborate with local people who need photographers. At this point, I have aPulitzer Grant to document subsistence hunting and different needs of villagers that are being threatened by climate change. When we used up all our money, I managed to get a second grant from the International Women’s Media Foundation to keep the project alive. 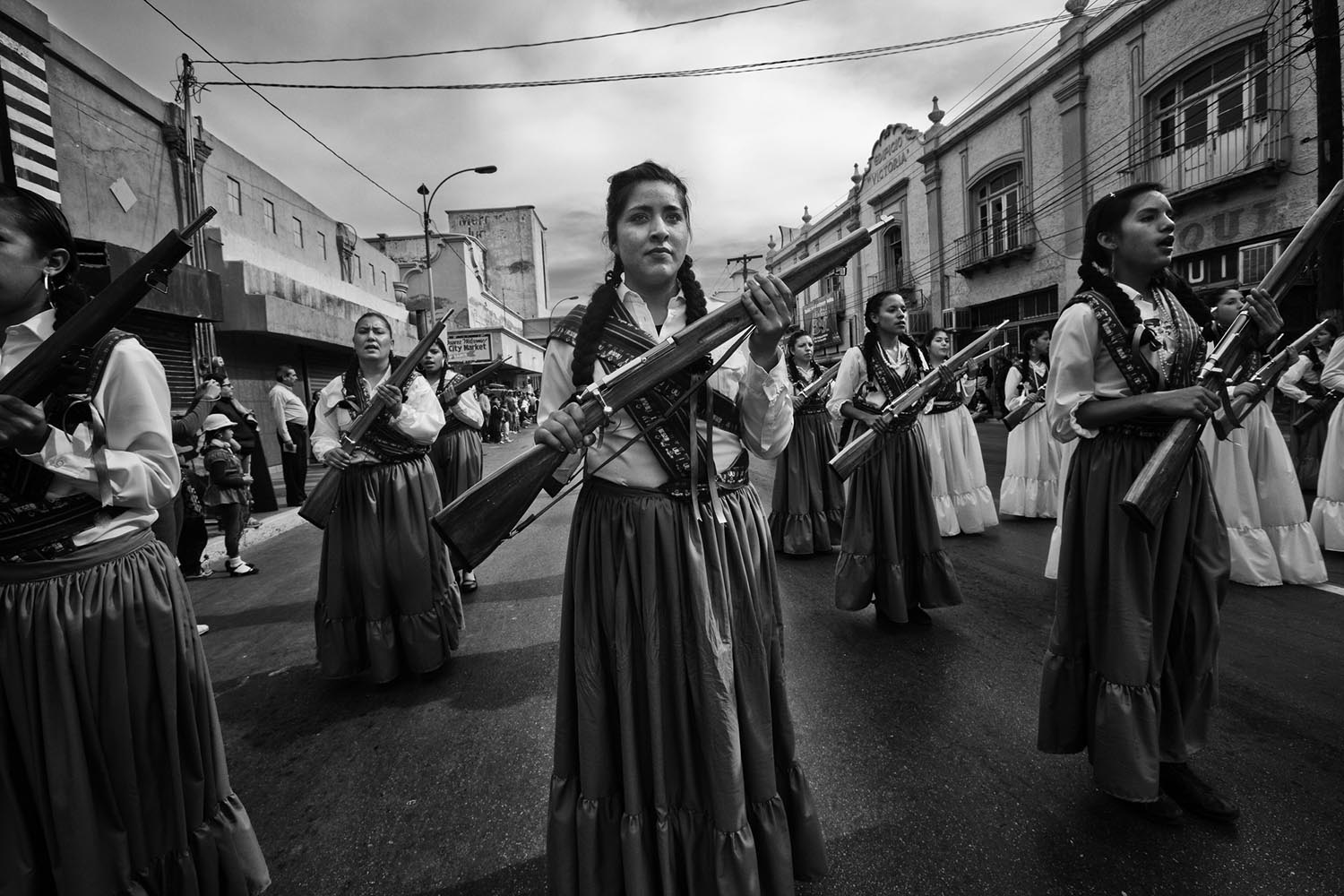 Women march at the Revolutionary Day parade in Ciudad Juarez, Mexico in 2010, at the height of reported drug war related violence in the city - © Katie Orlinsky

Laurence: How does the pace of Alaska feel different from your past work?

Katie: It is challenging to do a story about an issue that isn’t as fast-paced. Obviously, it’s climate change, it’s incredibly important, and there are places in Alaska that could disappear tomorrow, but it lacks the urgency other stories have that get them published. I feel terrible about all the photos I have of Alaska that no one has seen. Yet, I appreciate the fact that I’ve been able to take my time. All my stories have one thing in common; it’s about an extreme way of life and really interesting people leading it. Even the dog sled work. The bond between the mushers and their dogs is beautiful, as is the whole lifestyle that goes with it. It takes about a decade to train these dogs and build a good dog team. It was nice to find a story that was not all gloom and doom.

Laurence: You mentioned “we” in your previous answer. Who do you collaborate with, and why?

Katie: I’m a journalist, not just a photographer. I want to do stories that I think are important for people to know about. When you work with a writer, you’re making a story that’s going to come out soon and get attention. By “we” I meant Julia O’Malley, a freelance writer who I met while both of us were covering the World Eskimo Olympics for Al Jazeera America. We made a good team as we got along and saw a future for different stories that we wanted to tell. The other figures out things that you don’t and you see things that he or she is not going to see. If I’m not working with a writer, I like to invite photographers to come with me too. I’m alone a lot, but not always.

Laurence: Even less so now that you joined Prime Collective. What is it like to work with a community?

Katie: Being with Prime is a great way to stay connected. They’re really positive and inspiring people. What I love about being in the collective is that you are doing what you’re doing and if you’re on a National Geographic assignment, that’s your thing. They say: “We don’t want a piece of that; we’re just going to be around and talk to you if you’re lonely somewhere. And when we all have the time to collaborate and do interesting things together, we will.” It helped me when I was feeling a little bit disconnected from the documentary photography world. 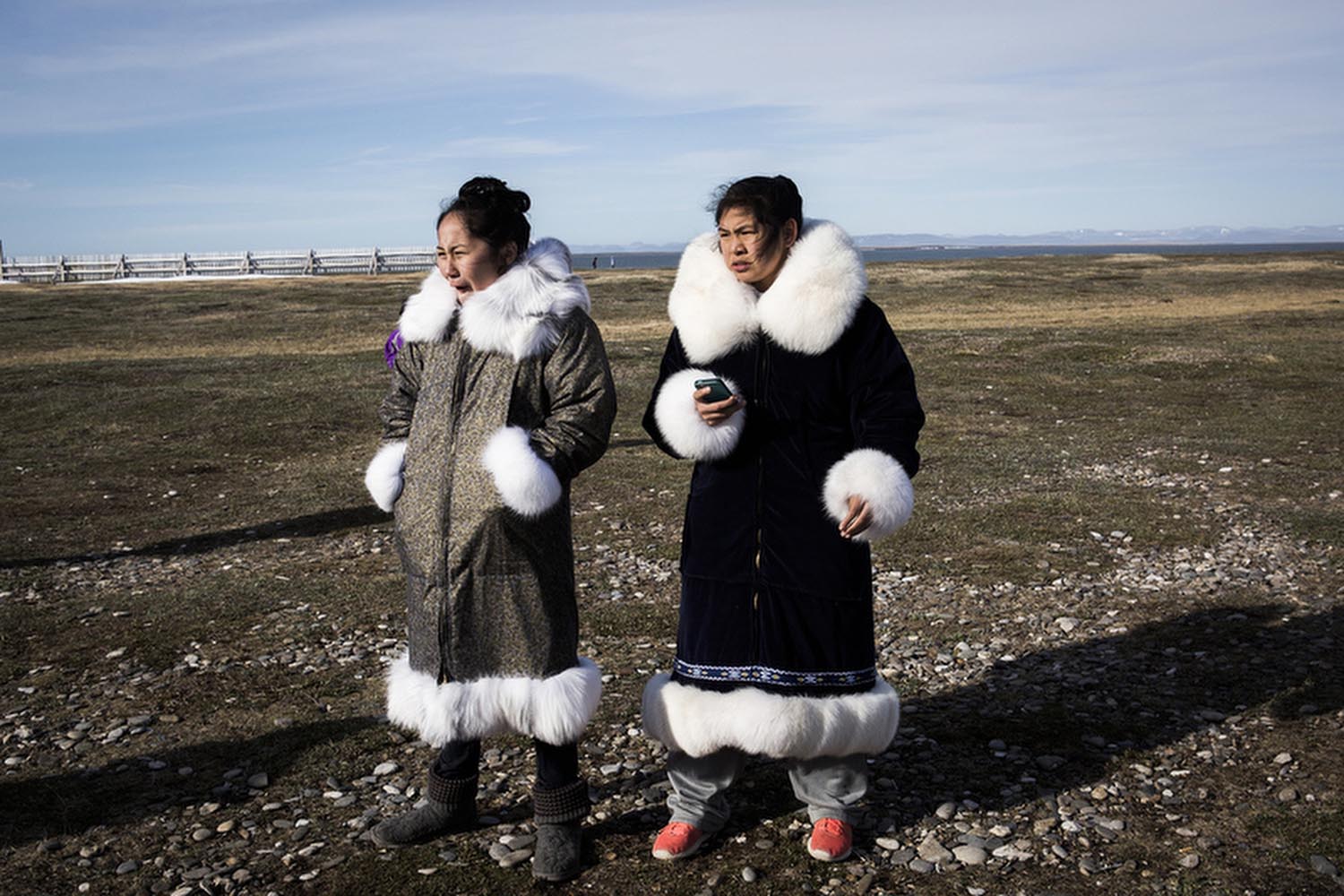 Laurence: Can you talk about your residency at Levine/Leavitt agency in that context?

Katie: I won an award with the Young Guns, from the Art Directors Club, and part of it that year was an art residency with the Levine/Leavitt artists’ agency. It was a one-year artist residency that ended in September but I’m still on with them. It provides a place for my work that is not around journalism or editorial, but it doesn’t mean that I change the way I work or the subjects I choose. A lot of companies have humanitarian wings, and so commercial photography can now include projects around human rights and politics. There are ethical issues involved, for sure! Obviously, as a journalist, you need to establish moral boundaries and know whom you’re working for. But there’s also a huge world of opportunity out there.

Laurence: You have been involved with the project 'Too Young To Wed' by Stephanie Sinclair. Can you talk about the organisation and your connection to it?

Katie: 'Too Young to Wed' started with a photography project by Stephanie Sinclair about child marriage and has grown into this massive advocacy campaign and a not for profit organisation. Oftentimes you wonder if you are making a difference or just documenting other people’s problems - like a vulture. “Are you documenting this just because it’s exotic, exciting, and sad?” Stephanie is not doing that; she is addressing the global problem and making a difference. The project has had impact on UN projects, public policies, and helped convince various countries to sign pledges against child marriage.

In terms of my connection, I’ve been working with her and the nonprofit Humanity United, specifically to work on child migration from Mexico to the U.S. Christina Piaia, Stephanie and I just had an exhibition in the Library of Congress in Washington D.C. with the work of a lot of other great photographers covering the issue, like Kirsten Luce and Meridith Kohut. It was placed strategically so that the people directly affecting the exodus of child migrants - i.e. Senators, Congressman - will walk by and see these children’s faces on their way to work.

Laurence: Lastly, can you tell us about your future projects?

Katie: I’ve thought about working on a book, but I don’t feel quite ready. I know how much time it takes away from shooting and I don’t want to stop taking pictures anytime soon. I’d just like to keep photographing and finding stories that I care about. I’m definitely not bored of Alaska, there’s still so much to do there. I hope one day I just get tired, and then I will make a book! 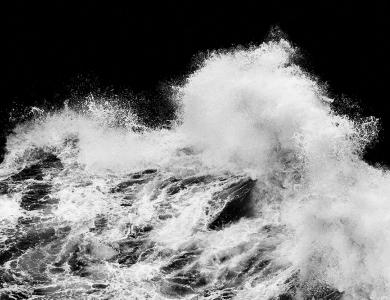 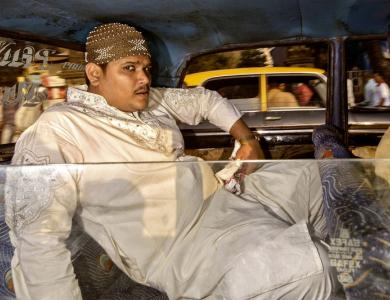 In Conversation with Dougie Wallace