Pic of the Month: Aidan Murgatroyd

To celebrate the results of this year's Sony World Photography Awards, we've been sharing one of our top photographs each week on our Instagram and explaining why we love it. At the end of every month, we share those weekly pics on our Stories, asking you to vote (or 'Like') your favourite. February's winner was Aidan Murgatroyd, a photographer shortlisted in our Student competition for his series Becoming South African. We put the talented photographer in the spotlight...

1. Your winning photograph is a portrait of John, tell us more about how you got to know him.

While in the process of completing the five and a half month road trip for my project "Becoming South African" I had been couch-surfing at a lot of friends' houses and was fortunate to come into contact with Geran Raath and his family. They own and live on a game farm in Mpumalanga, as his father is the vet to the nearby Kruger National Park. I then came into contact with John through arranging to join his father's company wildlife vets on an animal relocation trip to a nearby game reserve. The goal was to capture roughly 60 bucks and herd them into the back of the transport vehicle with a helicopter. The day started exceptionally early as we had to wake up at 4am to be in the helicopter to fly over to capture the site and begin preparations. As we flew in I noticed John lying on the tarpaulin. I photographed him and immediately approached him to start a conversation after landing, joking that he had found himself a nice spot to relax for the day. Unbeknownst to me and as he then informed me, it was his duty to hide from the animals in the last 100 or so meters of the boma to the truck and then quickly spring into action as the animals reached this point in order to close gates and help chase them the final distance into the truck. He also told me that this was no easy task as a couple of months prior he had sustained a Zebra kick to the right eye. It was at this point that I climbed on top of the truck and hung over the side to shoot the portrait of him.

2. Can you talk us through the camera settings you used for this image?

The image was shot on F/6.3 using my Zeiss 24-70mm F/4 lens on a Sony A7riii. The image was quite a tricky one to shoot because I had been after a birds-eye-view shot for a couple weeks but did not have access to a drone. As a result, I'd been climbing trees and all sorts of other objects to try to find the perfect view from above. In order for me to centre the image and have a direct view over the middle of John rather than an angled view, I got someone to stand behind me and kneel down on my ankles so that I would not topple forward over the edge of the truck. As a result I bumped my ISO up to 500 so that I was able to shoot the image at a faster shutter speed of 1/640sec, as the soft morning light made for a relatively dark scene and I was shaking quite a lot, doing a core workout hanging over the edge of the truck - lol! But in the end it worked out well I think, I shot about 10-15 of the same shot just to make sure one would be perfectly crisp and I wouldn't have to hang over the edge of the truck again.

3. You took up photography because...

My route to taking up photography was actually quite odd and involved a few instances of fate. In high school I'd been an avid athlete with dreams of pursuing something within this realm and had never really even touched a camera. My mother had dabbled in it when I was growing up and my great grandfather had been a working photographer for a period of time. Then I ended up rupturing my ACL and receiving two subsequent knee surgeries in order to correct the problem. Shortly thereafter while attending my first year of college in the United States, and struggling to establish my own identity without the same possibilities in the sports realm, my uncle passed away. He and I had been very close when I was growing up and I was unable to attend his funeral (I was in the States while he had returned to South Africa for medical treatment). He did not own many worldly possessions and ended up leaving his most prized possession (his camera) to me. As a result, I intended to learn how to use it in order to document my own life and travels to have something to leave behind when my time came, and absolutely fell in love with the craft. I eventually pursued a degree in visual communication as a result of this twist of fate and have never looked back.

4. Who has been the greatest influence on your photography?

The greatest influence on my photography has without question been my post-grad lecturer, mentor and friend Garth Meyer. I had previously taken a much more commercial style and approach to my work but through his mentorship and guidance, he influenced me to see the beauty in chaos, the order in the seemingly random, and the art within the mundane. His work has inspired and molded me in many ways into the photographer I am today. As far as the photographer I look up to most, I would definitely say Pieter Hugo and Vivien Sassen.

5. What characteristics do you need to become a photographer?

I think to be a photographer one needs a deep emotional sensitivity to the people, places, and cultures with which they interact. Furthermore, I personally have always had a deep interest in people. After taking my first anthropology class I became utterly taken by the history of humans. I tried to derive meaning about who we are and why we are. Furthermore, I was astounded to learn about the human condition and how throughout history our species has had a fascination with representation and art from as far back as 28 000 BCE with regards to pieces such as the Venus of Willendorf. This fascination with beauty, what beauty is, and how it should be represented, is what I think functions at the most basic level of every photographer. Whether that be challenging cultural ideas and narratives of what beauty is or what constitutes perfection – or whether that notion is even real. In my opinion, mother nature is chaotic and brutal, while the practice of making art through a medium such as photography seeks to find some resolution and beauty within that chaos. That is the pursuit of a photographer to me.

My favourite photographic quote comes from the great Andrei Tarkovsky, where he states, 'The artist exists because the world is not perfect. Art would be useless if the world were perfect, as man wouldn't look for harmony but simply live in it. Art is born out of an ill-designed world.' 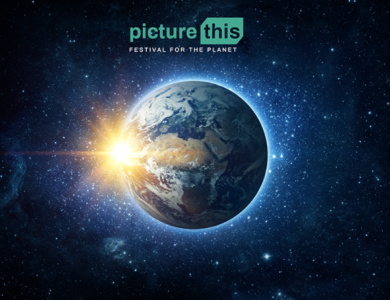 Introducing Picture This! A video competition for the planet 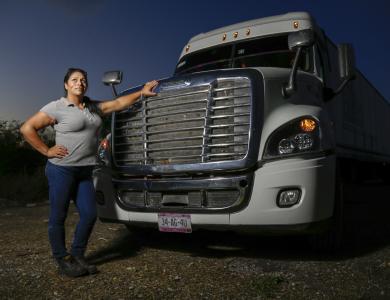