Beyond the Frame: Luca Rotondo

Italian photographer Luca Rotondo looked to Lares, the statues seen as guardian deities in Ancient Rome, for his intriguing series. Here he explains the story behind a family portrait full of drama and symbolism.

The location was a deliberate choice as the intent of this series is to also narrate the typical environment of family life.

Lanfranco is Count Lanfranco Secco Suardo. He lives in Lurano, a little village near Bergamo, where his family has for centuries owned a castle. The Lurano castle is a very old country villa that was part of a larger complex in which many important personalities of art and politics have passed over time. Rumours of a visit from the French military leader Napoleon Bonaparte at one time are told, but there’s no real proof about this fact.

Lanfranco is the owner of Dob, a desert uromastix he found in 1975 in the Sahara. He brought the lizard back to Italy. After the death of his pet, Lanfranco decided to keep the reptile’s remains in formalin through a process that was carried out personally by him to eternalise the memory of his beloved pet.

This photograph was taken in the living room of the apartment where Lanfranco lives with his partner Federica. Lanfranco is surrounded by his family: Roberta, Andrea, Annamaria, Giulia and Federica. The location was a deliberate choice as the intent of this series is to also narrate the typical environment of family life. I was interested in threading this idea of family life with the Roman statues Lares - often known as household gods that were believed to observe, protect and influence what took place within the area they guarded. I wanted to compare (from a historical and symbolic thinking) this idea of the ancestor statues to the remains of domestic animals.

The family portrait is one of the fundamental steps of the Lares project. The biggest obstacle with this specific photo was making all the animals that are still alive to stay still and look at the camera. When I met families who had living pets, I decided to include the living pets as they added to the family unit. The second challenge for this shot was to manage the space, which wasn't much. The relationship between all the people, pets and furniture meant it was very crowded.

Like all the family portraits in the project, this one too was shot with a 24mm lens with vertical shift in order to obtain stitching a 4:3 format during the post-processing. This image has been published by Sunday Times magazine, Stern, D di Repubblica and xl semanal, as well as being selected in several international festivals. 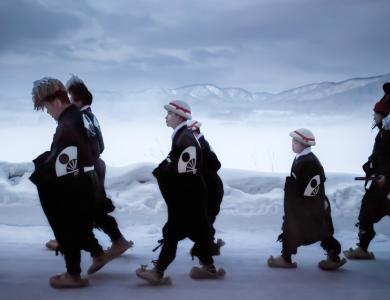 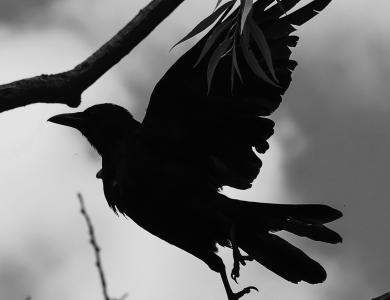 Pick of the pics