The relationship between reality and fiction - An interview with Alejandro Chaskielberg 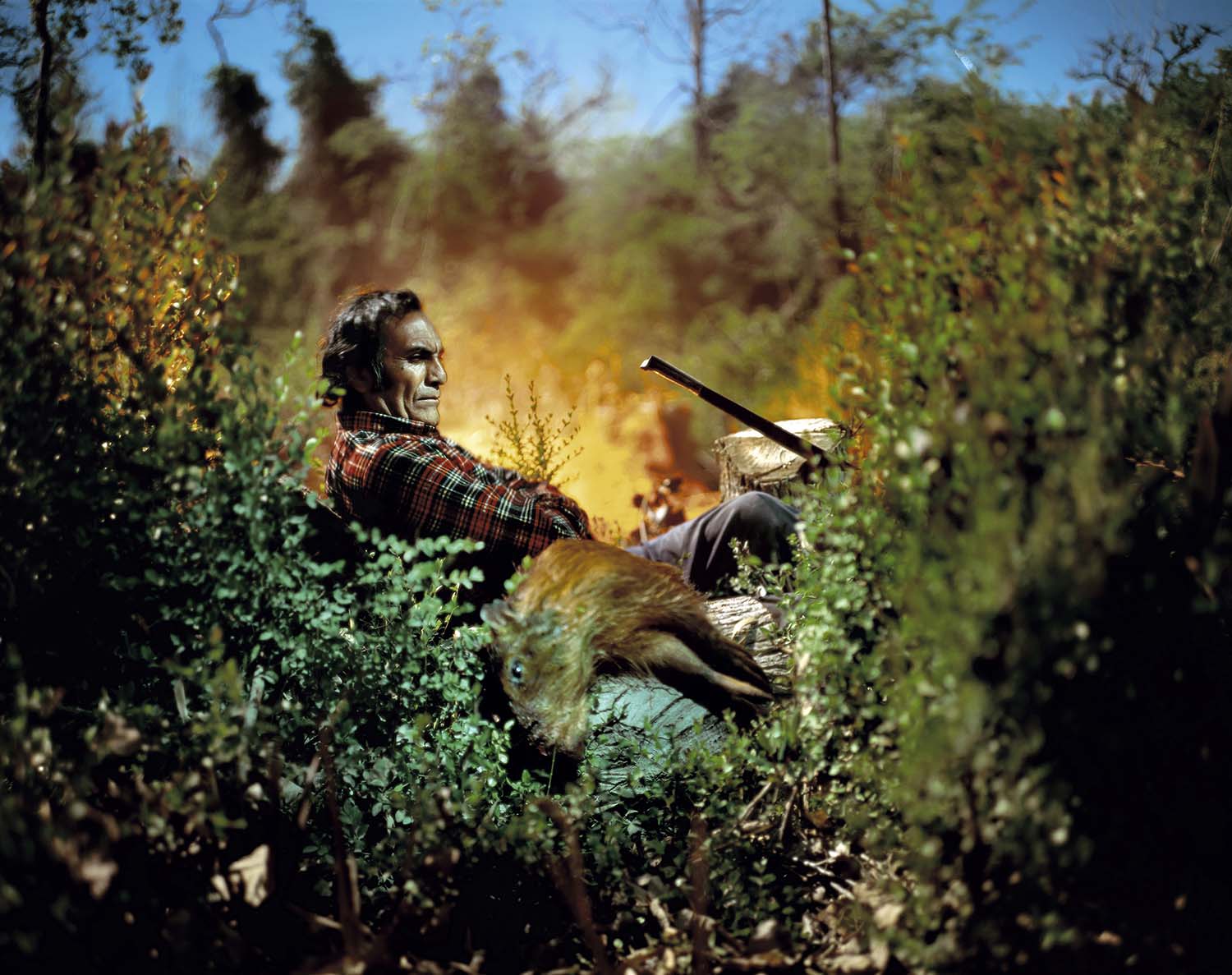 Alejandro Chaskielberg (Buenos Aires, 1977) is an independent photographer, videographer and teacher, commissioned and exhibited globally. In 2011 he was awarded Photographer of the Year at the Sony World Photography Awards for his dream-like, fiction-inspired series ‘La Creciente’.

Alejandro is a graduate of the National Institute of Cinematography of Argentina as Director of Photography. He performed advanced studies in classical music at the Manuel de Falla Conservatory (violin) and graphic animation at the National Art Institute Film of Avellaneda. In 2016 he was a Juror’s Pick at the Magnum 70th Anniversary Awards, selected by Magnum Photos President, Martin Parr.

Here, 6 years on from his overall win in the Sony World Photography Awards, we catch up with Alejandro to find out what he’s been up to and what he’s working on now.

Hi Alejandro, back in 2011 you won Photographer of the Year in the Sony World Photography Awards. Remind us all of your winning series, ‘La Creciente’

La Creciente is a project about the islanders of the Paraná River Delta. It consists of long exposure night portraits, taken with a 4x5 camera. The scenarios were illuminated with full moon light and flashlights and the islanders had to remain still for several minutes during the shoot. I photographed hunters of capybaras and otters, lumberjacks, builders, solitary persons and families. People who were born in the Delta and people who for some reason moved to the islands to escape the city. It is a project carried out methodically and obsessively during three years from 2007 to 2010. 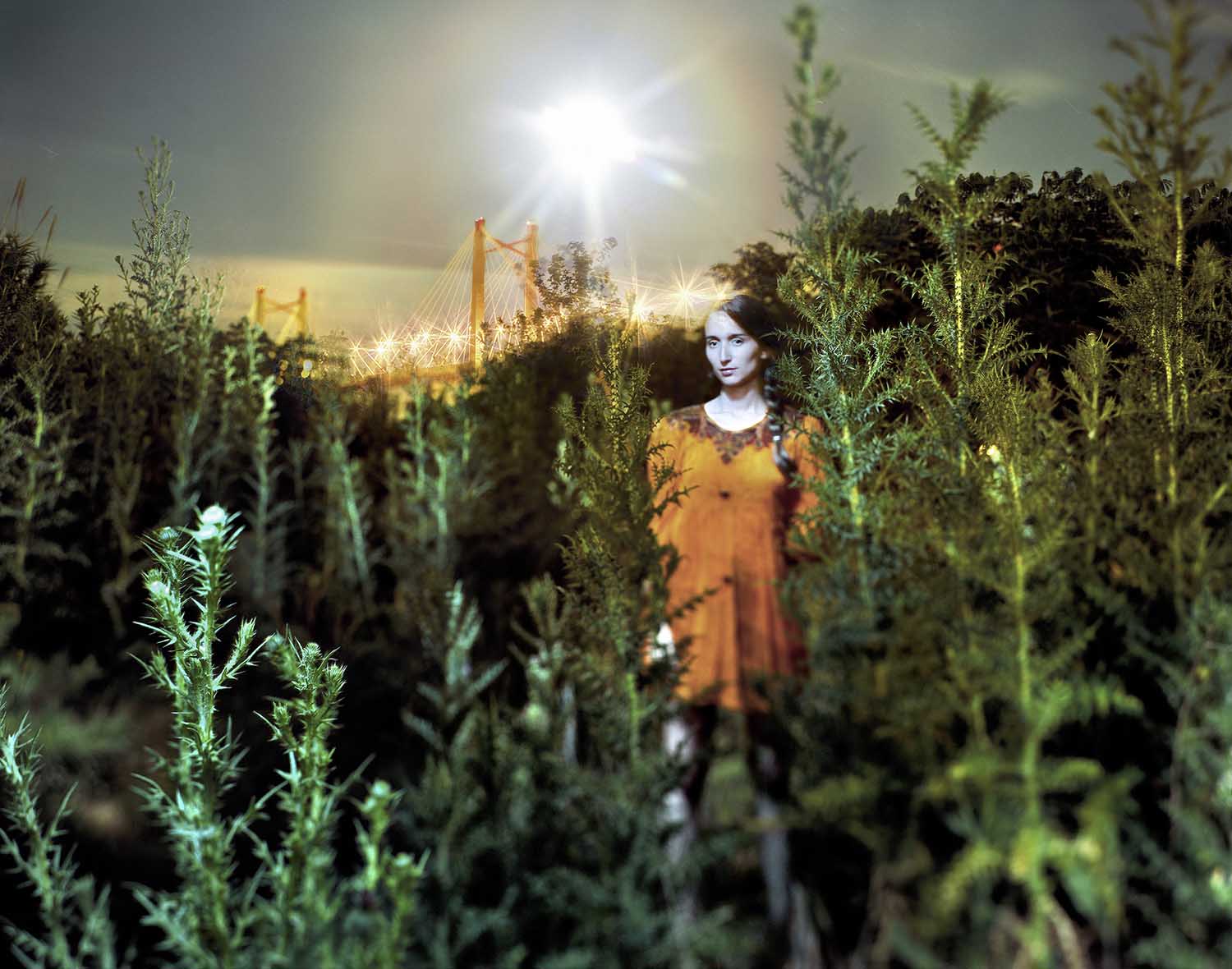 How do you view the series now, all these years later?

Even today the project produces an impact on me. The process I carried out to make it was very poetic and in deep connection with nature and water. The poetry of that is impregnated in one way or another into the images. ‘La Creciente’ pushed me to make important changes in my life. I moved to the islands for three years. I left my work on a television channel to work on the project. I took my large format camera and my dog and moved to the islands. It was a great spiritual learning. 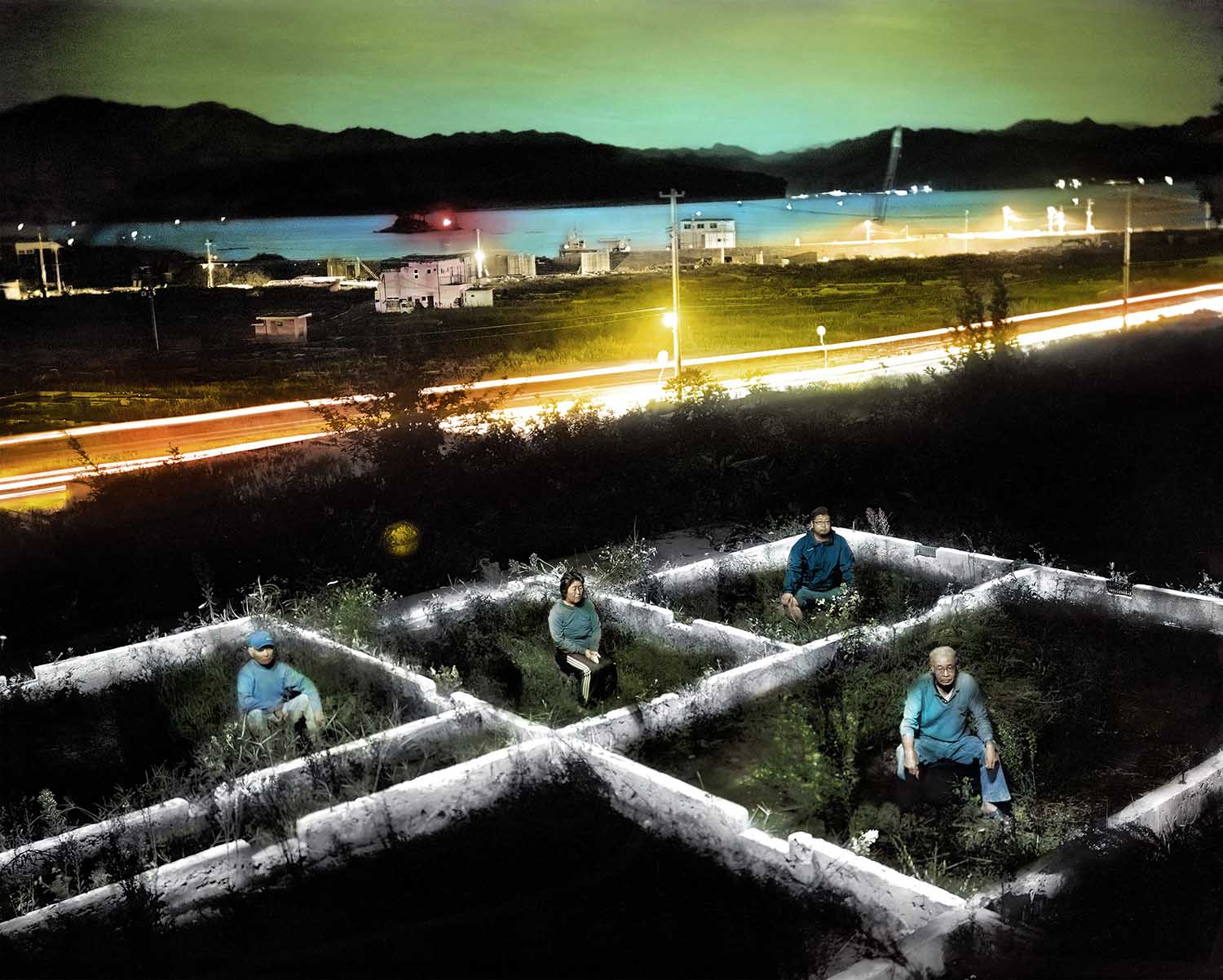 Tell us what you’ve been up to since. What has been your biggest achievement in the past few years?

Since then I have done different projects that I also photographed at night. Among others, I did a project for Oxfam GB in Kenya, documenting the population of Turkana in their fight against drought and lack of food. I did another project in Suriname, where I photographed the remains of sugar factories abandoned in the jungle. It is a book project organized by Noortherlicht (Holland). ‘

Last year I published my second book Otsuchi Future Memories’. It is about the aftermath of the 2011 tsunami in the town of Otsuchi, a small fishing village in northern Japan. In this project I put my images in dialogue with family photographs recovered after the tsunami. My great achievement in recent years was an important exhibition I held in Otsuchi City last year. It is a collective exhibition between my work and that of secondary students of Otsuchi, to whom we gave disposable cameras to portray their daily life. We also invite other mid-career photographers from the area. Two books with these images were edited. It was an experience that made sense of everything I'm doing.

That is the big question! I have an intermittent love relationship with photography. I started to photograph when I was a boy. I stopped photographing at 22 and for several years I went into classical music, then movies and television. Four years later I went back to photography more enthusiastically and I started my personal projects. I think that photography is the best way to get to know cultures and to travel. Photography gives you the opportunity to interact with the minimal stories of people. Above all, photography is an ever-changing art. And that's a great opportunity to experiment and continuously improve. 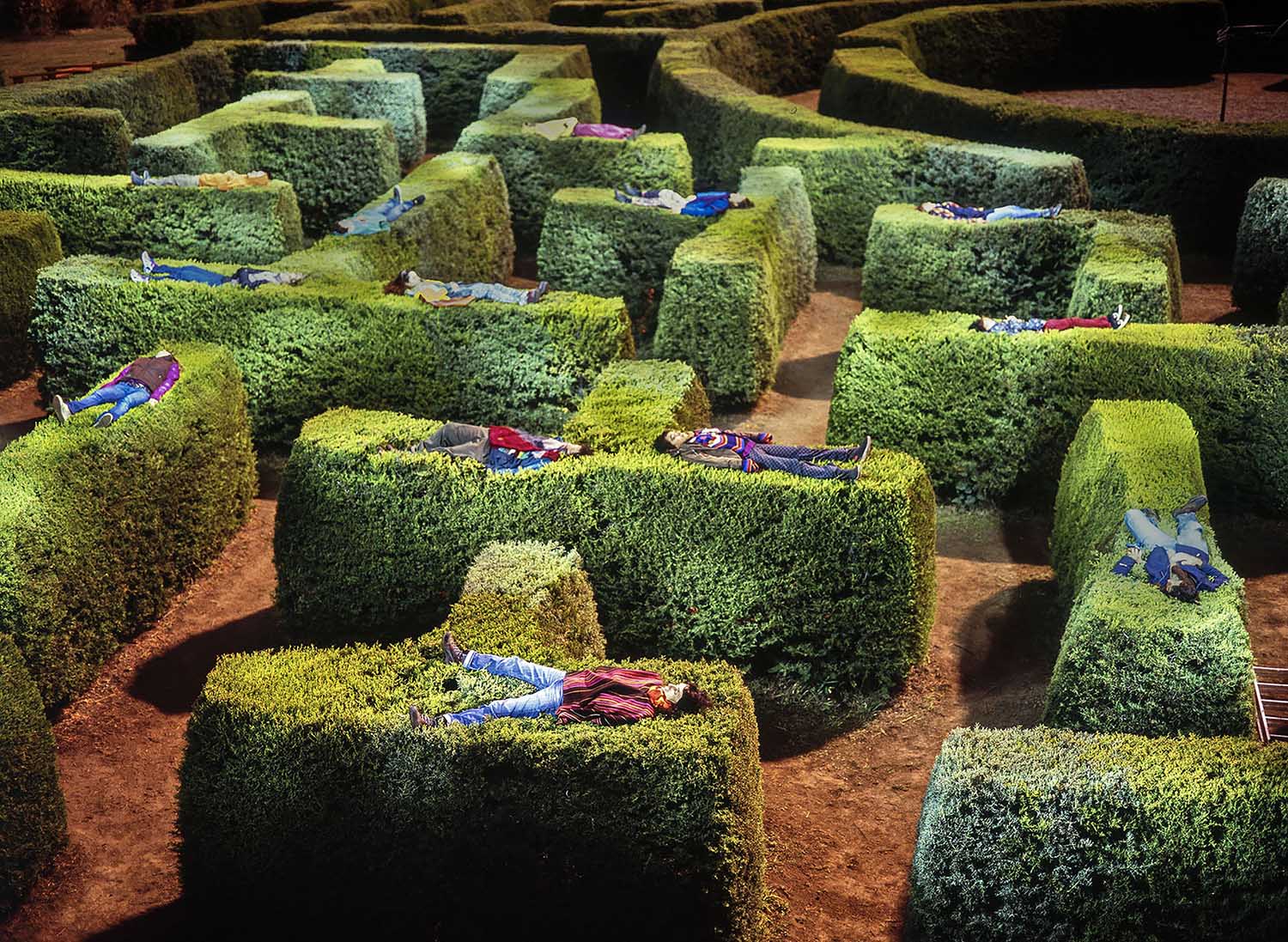 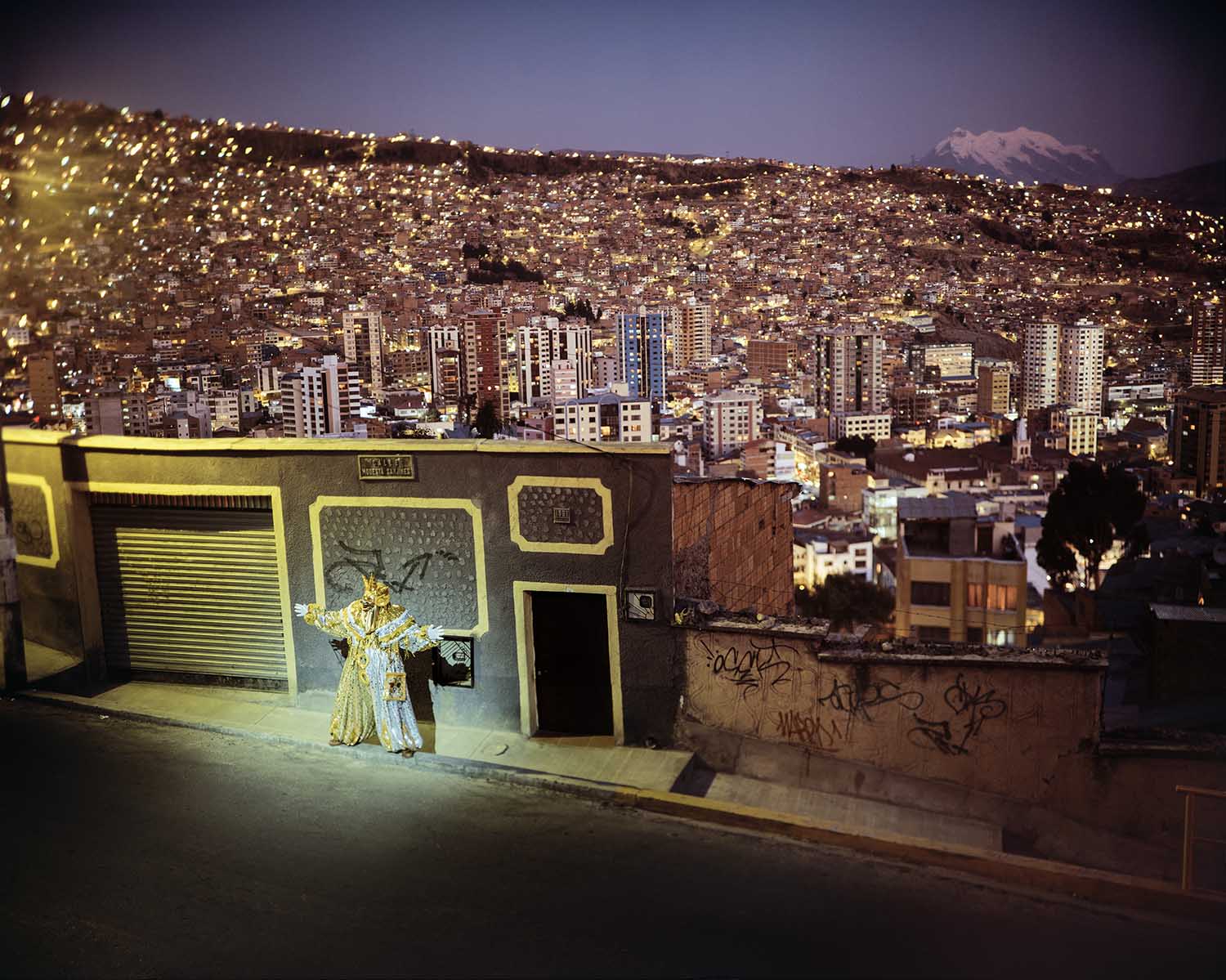 Tell us about your connection to fiction. How does it influence your photography?

I'm interested in stories in general but truth stories are more valuable to me. Reality and fiction are two separate worlds but they inevitably feed each other. The images that we see in reality can make us imagine amazing stories. But in the same way, a book or a dream can inspire us to do a specific frame, a portrait or choose a theme. I like the stories that are told in an unconventional way and are visually different. Because of this, the limit of what we conventionally understand as documentary -could be diffused. In my last project on Japan, I colored my photographs with recovered family photographs destroyed by the tsunami. Those colors came from a real image, but the way I used those colors was a product of my imagination. This method has not made it lose its documentary value. Last year I published this project in the National Geographic global edition. 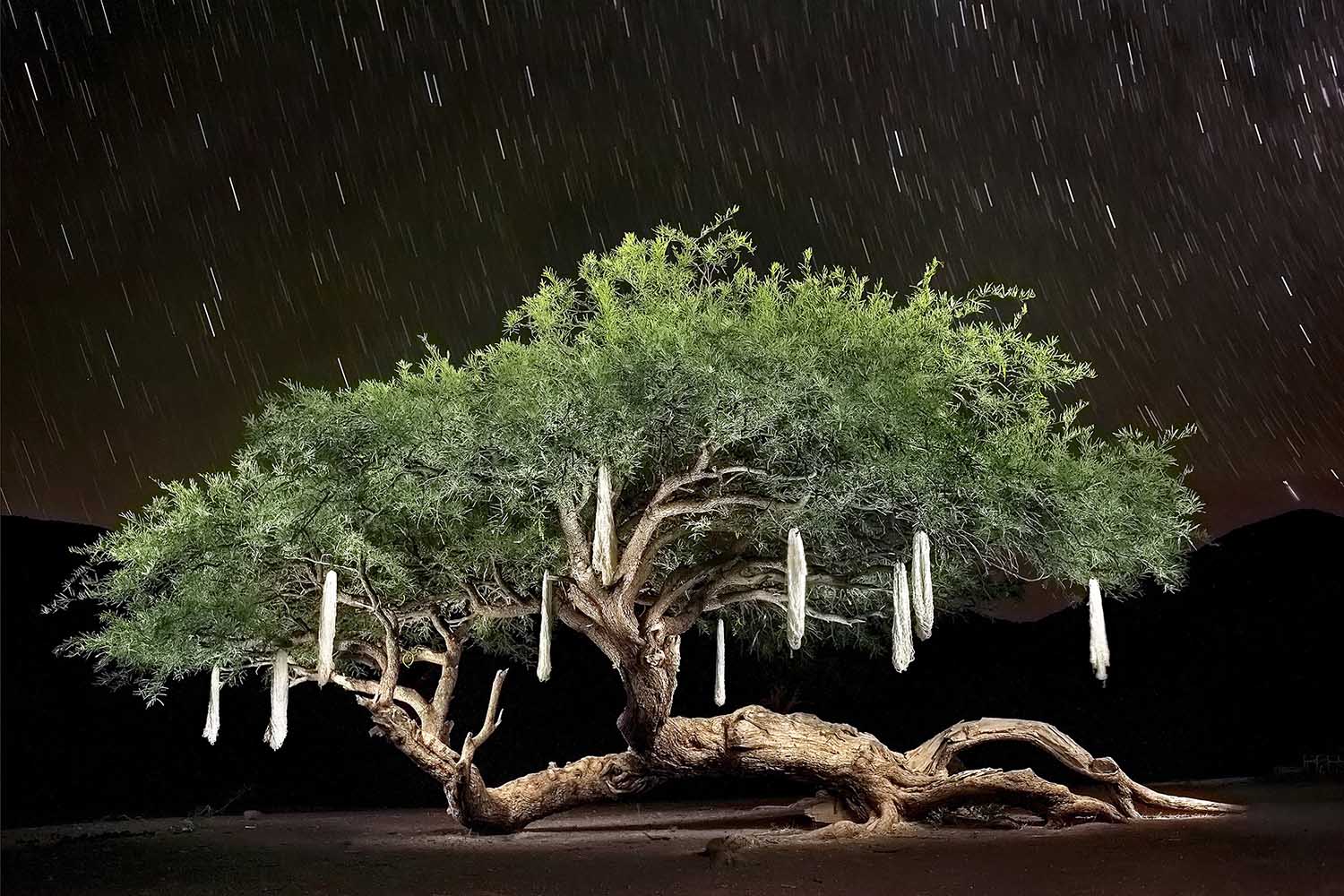 Where in the world are you? What are you working on at the moment?

At the moment I am in Buenos Aires. I am finishing a book about a labyrinth in Argentine Patagonia. It's a very nice project that I've been doing for two years. It includes portraits, landscapes and photographs close to land-art. I am also starting another project in Buenos Aires that includes photography and street art. 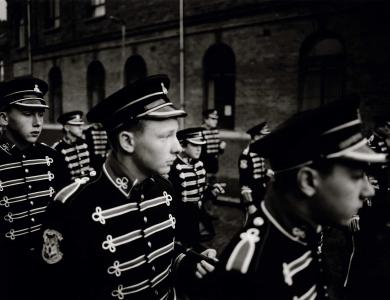 The youth are the future, with Toby Binder 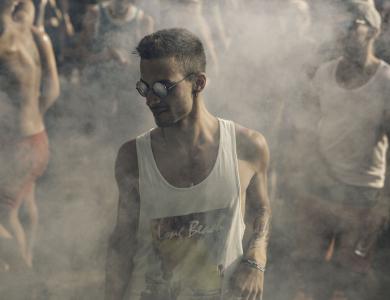