Beyond the Frame: Alex Pansier

Alex Pansier from the Netherlands uses his time in nature to switch off from his day job and experiment new photographic skills. A chance sighting of an ant colony last autumn took him on an unexpected path, resulting in one of his finest shots to date.

It was autumn last year and it was dark and moody outside. I still wanted to go out and take pictures that afternoon - photography has become my passion in the last three years. As an internet entrepreneur in an ever-changing world, I find taking my camera into nature very pleasant; it's nice to unwind and capture the wild beauty around us.

Since it was the season for mushrooms, I decided to try out my macro skills that day. I packed my relevant gear and drove to a local forest, hoping to find some photogenic subject. After wandering around for a while, I came across a clearing in the forest. The extra light from the lack of trees made this a great solitary spot to experiment.

After unpacking my kit and looking for the perfect cluster of mushrooms, my eye caught sight of a huge ant colony. Always drawn to wildlife and insects, I thought this was a great photo opportunity so I headed over. I moved my set-up to sit at the edge of the ant hill, but not too close so I wasn’t in danger of disturbing or being bitten by the ants. Next to the colony I placed a stick so the ants would pass in front of my lens. It worked well, but after reviewing the shots I thought: ‘is that photo really exciting?’ I needed something more, I wanted to capture some kind of emotion in the photo. My eyes then saw the fallen leaves scattered all over the place. A red ant on a beautiful orange autumn leaf would match perfectly, I thought. I put one of the leaves behind the stick, hoping an ant would crawl onto it. One did, however I was still not satisfied. I wanted more, I wanted the ant to look straight into the camera. I then saw another autumn leaf, but this time it had a hole in it. That was it! I positioned the leaf so I could photograph straight through the hole.

As it was a dark day, I decided to put a flash behind the leaf to introduce some extra light and freeze any movement. Another great advantage to using a flashlight is that it would give the ant a nice white glow and draw out the texture of the leaf well. Now it was time to wait for an ant to look through the hole. It took patience but the rewards were huge when it happened.

The moment I took the shot I had a good feeling. The real test however is to see how it looks on a large screen. When I got home, I viewed the images on my laptop. Yes, the photos were sharp and yes, there was a nice composition in the series. A few days later I submitted the image into the Sony World Photography Awards Open competition. After all, you want to know if fellow photographers also appreciate the photograph. 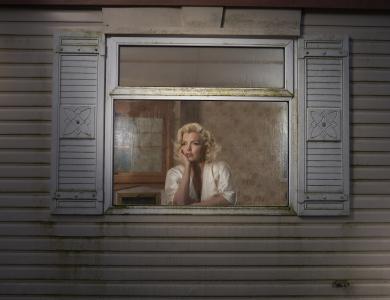 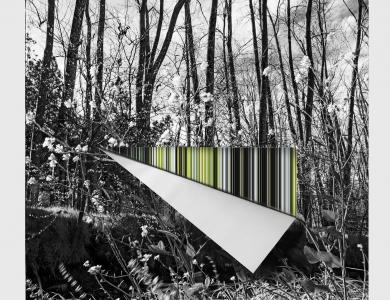