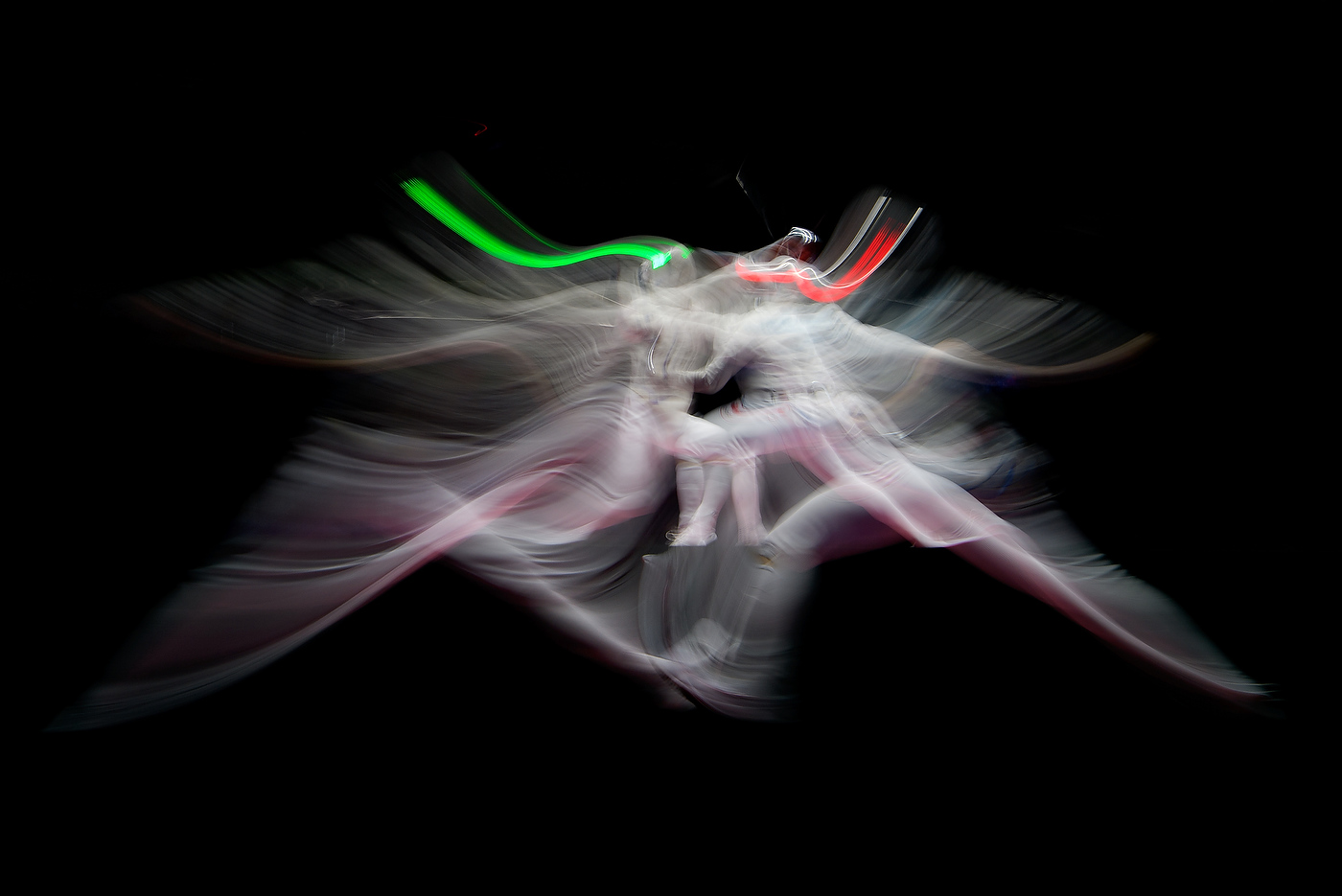 Matthias Hangst is the Chief Photographer for Sports at Getty Images Germany, based in Karlsruhe. An award-winning photographer, Matthias was shortlisted in the Professional Sport category of the 2016 Sony World Photography Awards, with his series documenting the women's team free synchronised swimming in Kazan, Russia.

His career so far has included eight Olympic Games, both men's and women's FIFA World Cup Finals, and most of the major international sporting events around the globe. After being an independent photographer for over ten years, he became a staff photographer with Getty Images in May 2014.

Hi Matthias, please introduce yourself and tell us a little about you and your photography

Thanks for having me! My name is Matthias Hangst and I am a photographer, specializing in sports. I am 39 years old, married, have two kids and a dog. So, a normal life really...

I have covered a lot in the last 20 years. From food to industry, from architecture to news, from products to reportage. All this was related to the one challenge: to make a living from this profession! Being creative is one thing, but you need to make some money with this job.

Eventually I found my way back to what I do best; being a sports photographer. So I now cover the "world of sports". I do this both as a photojournalist for editorial coverage and also work in commercial photography for sponsors, federations or advertising campaigns.

Why photography? And what bought you to sports photography in particular?

I was a really competitive athlete when I was young. I made it into the top 10 in the nationals as a steeplechase runner, but I realized very early, that I would not have enough talent and passion to make my way up to the top. At around the same time (age 15) I started to be interested in photography, so when I decided to quit my athletic career, I started as a freelancer at the local newspaper to make some money while finishing school. Mine is a classic story; my dad’s manual SLR was the door opener and I had access to the staff darkroom at night when nobody was around at the paper. So I learnt as much as I could, had a great time with my first staff position and then gave myself the "freelance-challenge". 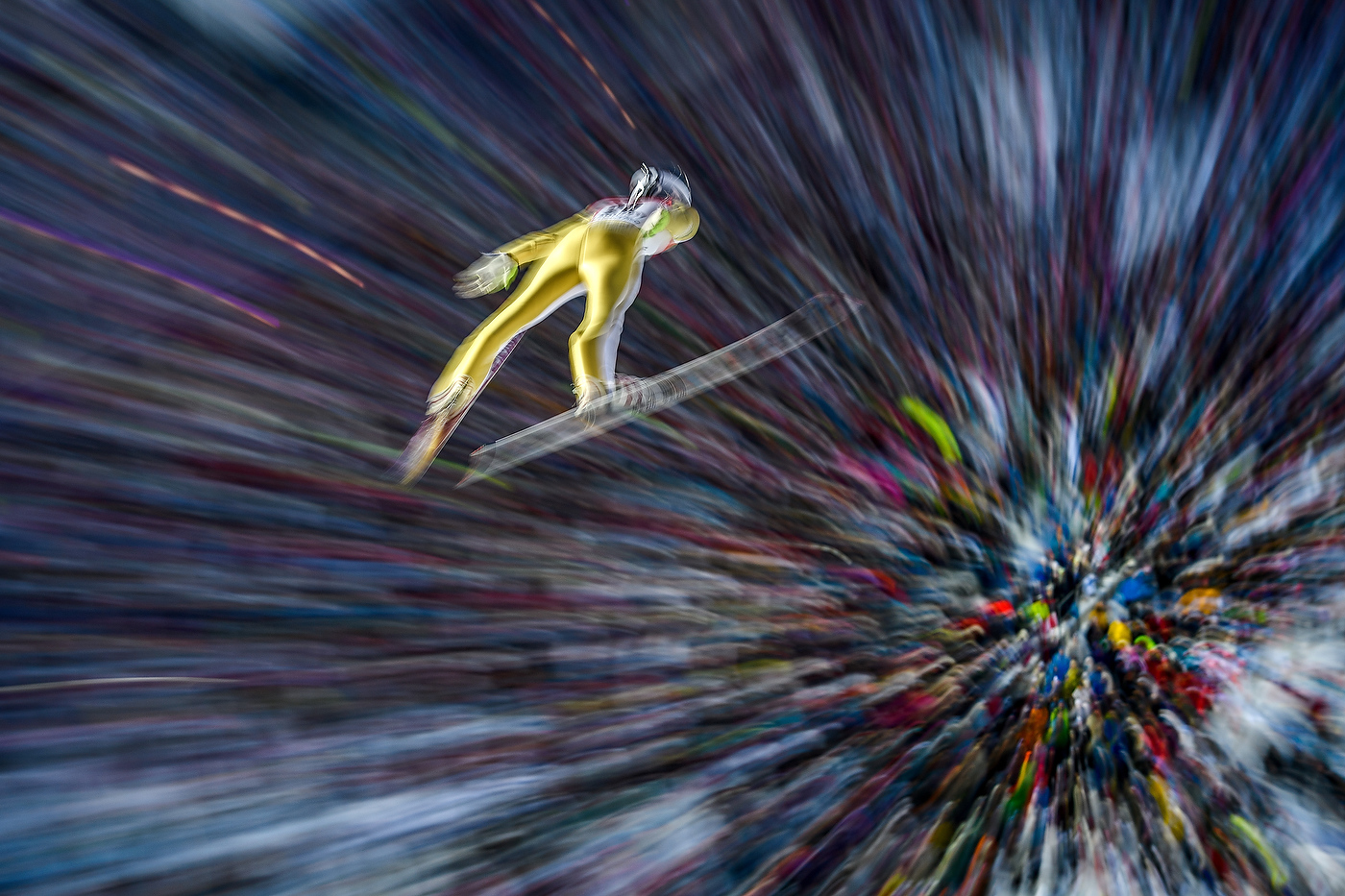 You've covered 8 Olympic Games. Do you have a favourite or most memorable?

My first Olympic Games was the Sydney 2000 Summer Games. I was still a junior photographer for a small but well-known sports photo agency. My former boss was the first person who really saw the talent and passion I had as a 20-year-old. So he decided to send the most senior guy to the Sydney Olympics and he kept the second spot for me. That was the start of it all. I would not be here without that decision. I think most sports photographers will give the same answer - your first Olympics will always be the Olympics. For sure.

There is no single philosophy, but years ago I gave myself a few "guidelines": 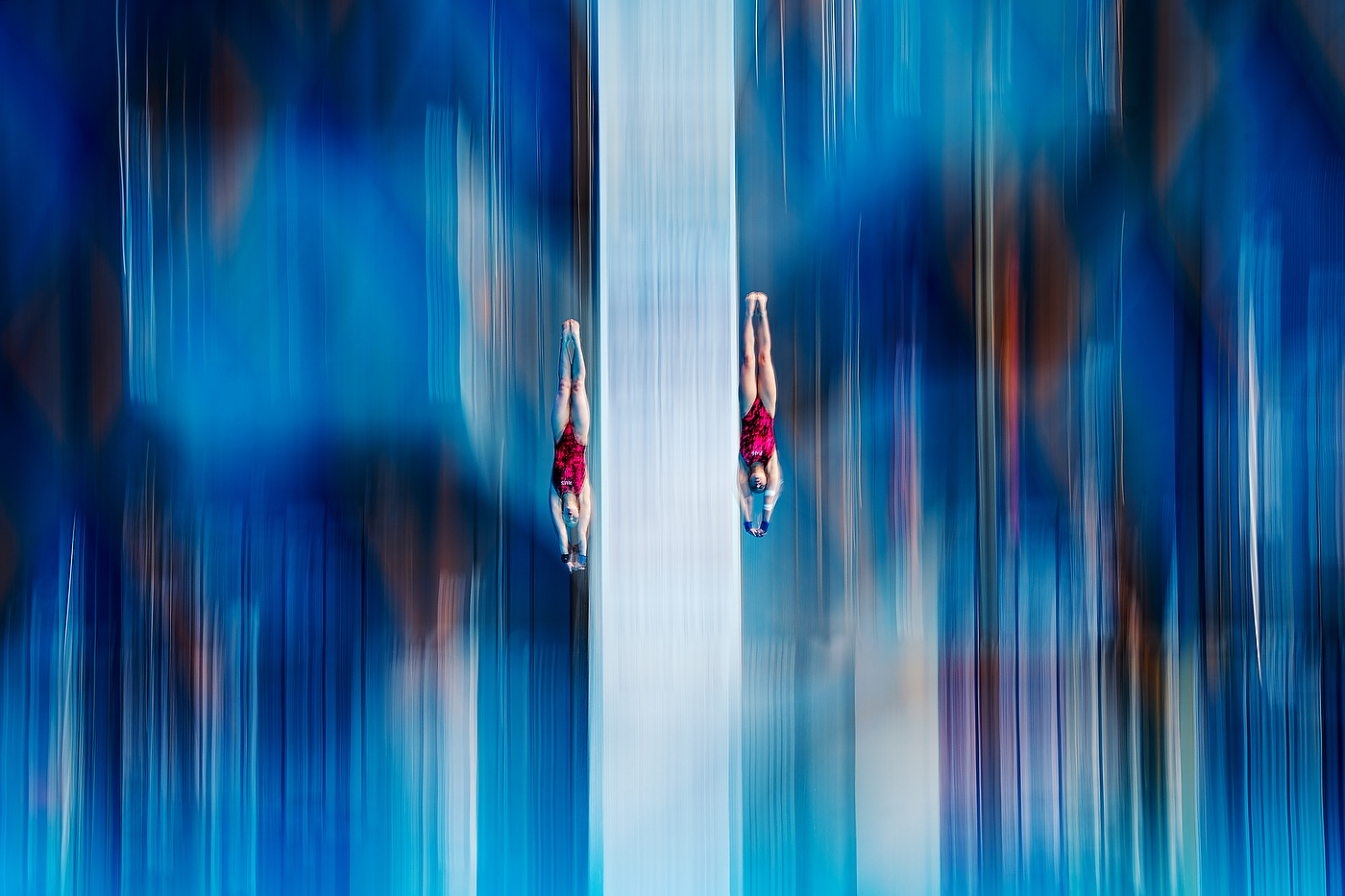 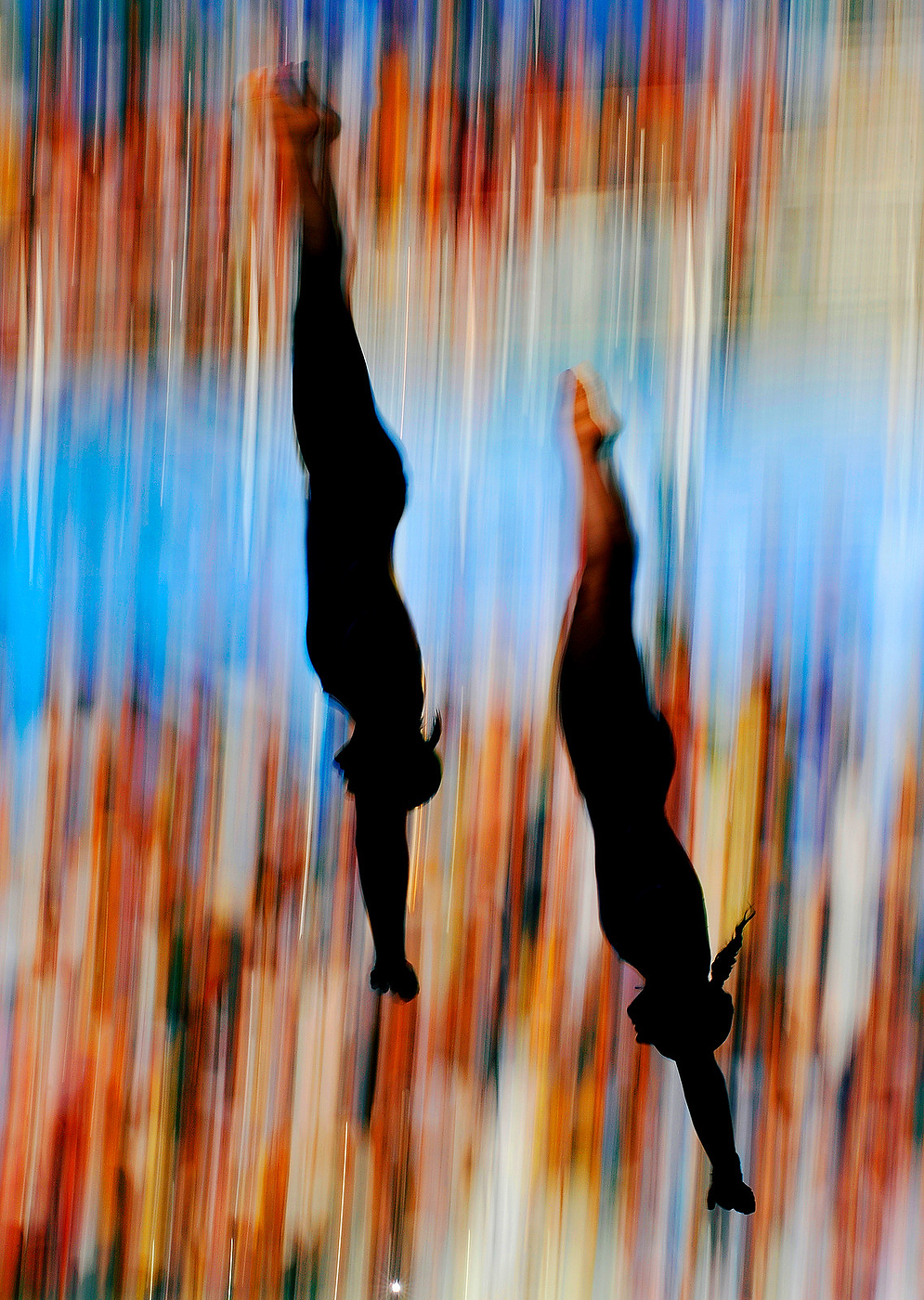 Meaghan Benfeito and Roseline Filion of Canada compete in the 10m Womens Synchronised Diving of the 13th FINA World Championships at the Stadio del Nuoto on July 19, 2009 in Rome, Italy. - © Matthias Hangst

You work a lot with movement and motion, which obviously fits well with the sports you cover. But your work has a real style that sets it apart. Tell us about how you approach this aspect of your work

Interesting question. To find a style or to create a style is arguably the lifelong challenge of every photographer – or it should be. As a photographer working for the industry’s leading (and busiest!) sports photography business, it’s my challenge to continue the development of my personal style while delivering on the client briefs and massive editorial jobs we have against tight deadlines. I get some incredible opportunities to do that with Getty Images, the official photographer or photographic partner to over 80 of the world’s leading sports governing bodies, leagues and clubs, including the PGA, FIFA, the International Olympic Committee, UEFA, and NASCAR.

I never stop looking for new ways to cover a sport and am inspired by the drive and ambition of my fellow Getty photographers – each trying to get the best shot. It’s an ongoing positive competition between all of us!

To find time and creativity to work on your style is not always easy. But it’s the one thing you should take as your personal challenge and it’s the one thing I want to achieve in my career. I have the deepest respect for photographers who get recognized just by their photography. If you don’t need the name of the photographer under his or her photo… that’s the ultimate aim.

It’s getting harder and harder. There are more photos out in the world than ever before and the world of professional sports is one of the best covered subject matters. But I am not willing to give up. And as I said: never give up learning. There is no masterplan about achieving the next level. 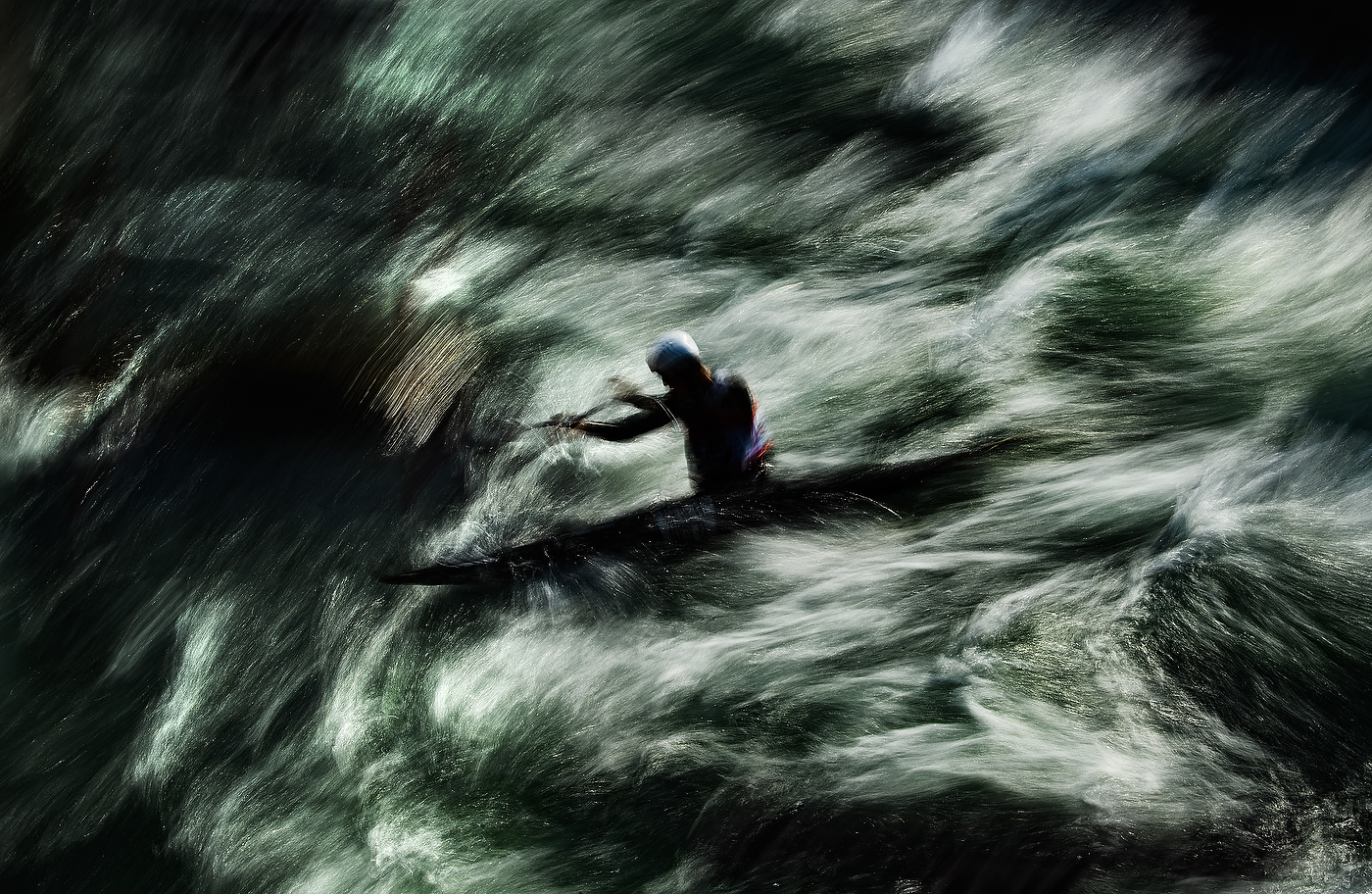 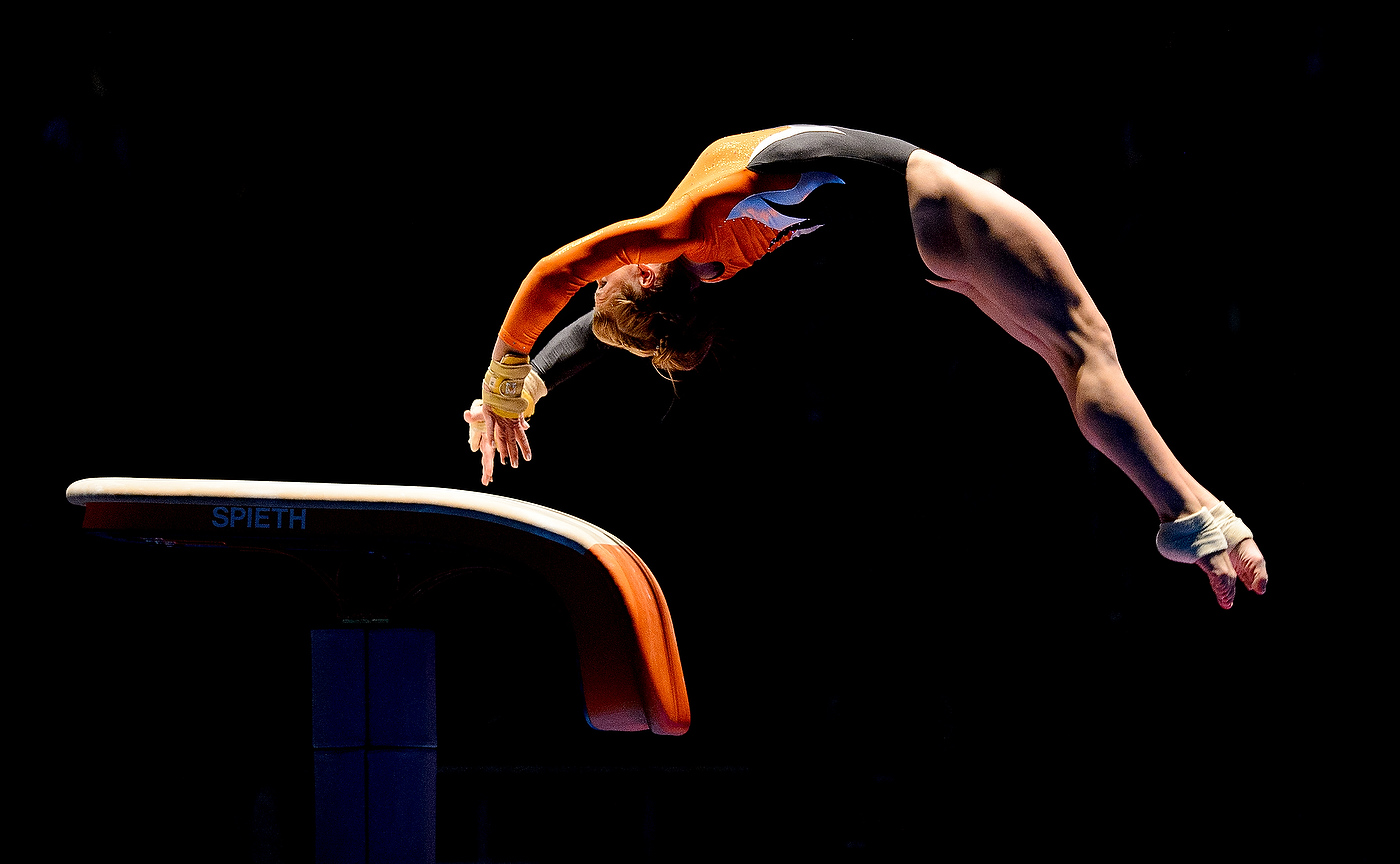 Pauline Tratz of TG Karlsruhe-Soellingen competes in the Vault during the DTL Finals 2015 at Messehalle 2 on December 5, 2015 in Karlsruhe, Germany - © Matthias Hangst:Bongarts:Getty Images

I am sitting in a plane over Russia while I am typing the answers. Our business is a global one. I will cover the IAAF World Championships in London in a few weeks, but my daily work is also based around Germany. And there is background work to do. We have already stepped up an intense phase of planning for the FIFA World Cup in Russia 2018 and the Winter Olympics will be held in February 2018. 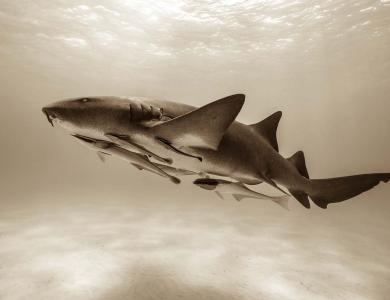 The time to act is now: Up close with the ocean's apex predator 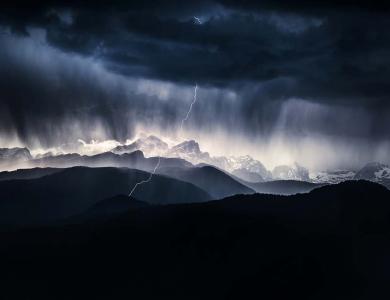 11 incredible images from the hidden jewel of Europe