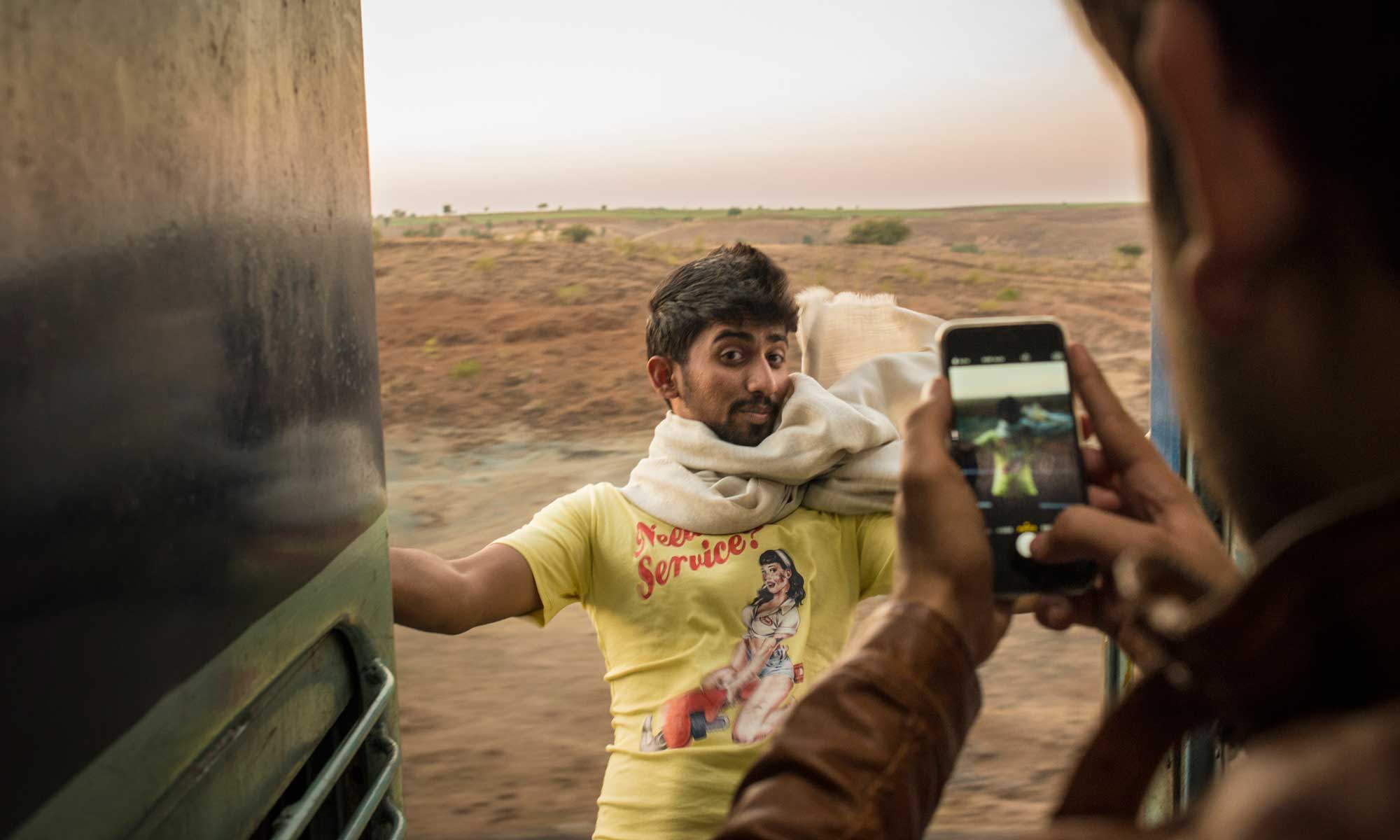 In its inaugural year Tamina-Florentine Zuch was awarded first place for her series Indian Train Journey. Interpreting the theme Seeing Beyond: Meaningful Places, Zuch, a student of photojournalism and documentary photography in Hannover at the time, traveled through India by train in 2015 for a period of six weeks.

Her pictures show children sleeping in hammocks in stuffy train carriages, men risking their lives as they ‘surf’ railway cars, and exotic landscapes as they pass by. Her series really brought the journey and subject to life. Some of the more intimate images demonstrate Zuch’s photographic mastery at such a young age, her patience, and her sensitivity and tact in dealing with subjects from a completely different culture. “Tamina Zuch has an incredible eye for composition, light and a feel for the right moment. She combines these characteristics again and again in her pictures,” said Steve Bloom, one of the three judges for the 2015 competition.

Since winning the award Zuch has furthered her career and from 2017 to 2018 worked as a staff photographer for the prestigious weekly news magazine Stern. When thinking back to the benefits of receiving the award, Zuch says: ‘The win in the 2016 ZEISS Photography Award got my series of ‘Indian Train Journey’ a great deal of attention. Even the BBC global invited me to present my work live on TV. It helped a lot to be able to show my work to a greater audience. A fair amount of photo magazines were interested in interviewing me and showcasing the winning series. All in all it was an interesting experience that helped me learn a lot.’ Zuch also published a book with Riva Publishing House of her journey across the USA in 2018. 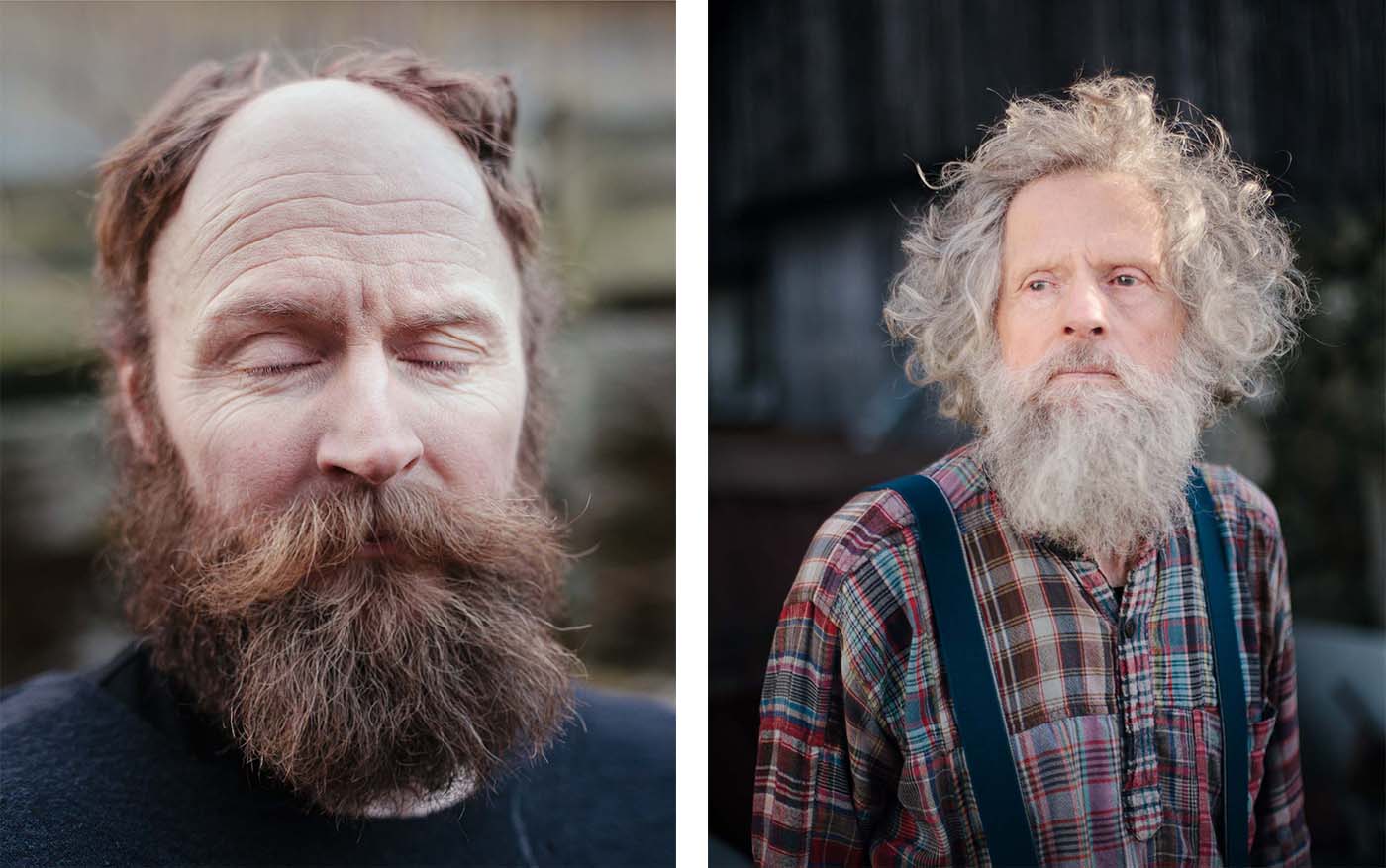 The 2017 award saw Kevin Faingnaert win for his series Føroyar, a compelling collection of images documenting life onremote and sparsely populated villages on the Faroe Islands. With the World Photography Organisation and ZEISS deciding to continue the same theme as the first year (Seeing Beyond Meaningful Place), Kevin brough a fresh perspective.

‘In February 2016 I immersed myself within the Faroese community, I couch-surfed and hitchhiked my way across the islands, finding doors opening to me everywhere I went,’ says Kevin.  At the time the announcement was made, judge Claire Richardson said: ‘There is a wonderful completeness to Kevin’s series; epic landscapes mix with tenderly composed portraits, tied together by a soft muted palette, which immediately draws you in.’

Speaking about the benefits of his win, Kevin says: ‘I definitely received more assignments after winning the 2017 Zeiss Photography Award. It’s not that photo editors suddenly started calling me for assignments, I just used my win to send a big promo to all photo editors I’d love to work with. Being the winner of this prestigious award made my career more legitimate.

‘I have the feeling most editors didn’t read emails I was sending them about my work, but when mentioning the award, some started to have a look at my images. I’ve done some work for Lufthansa, British Airways, National Geographic and the international Red Cross the last few months, which validates my work and makes it easier to work for others. But getting those first assignments is the hardest. I’ve definitely received my first bigger ones after receiving the award and from then the ball kept on rolling.’ 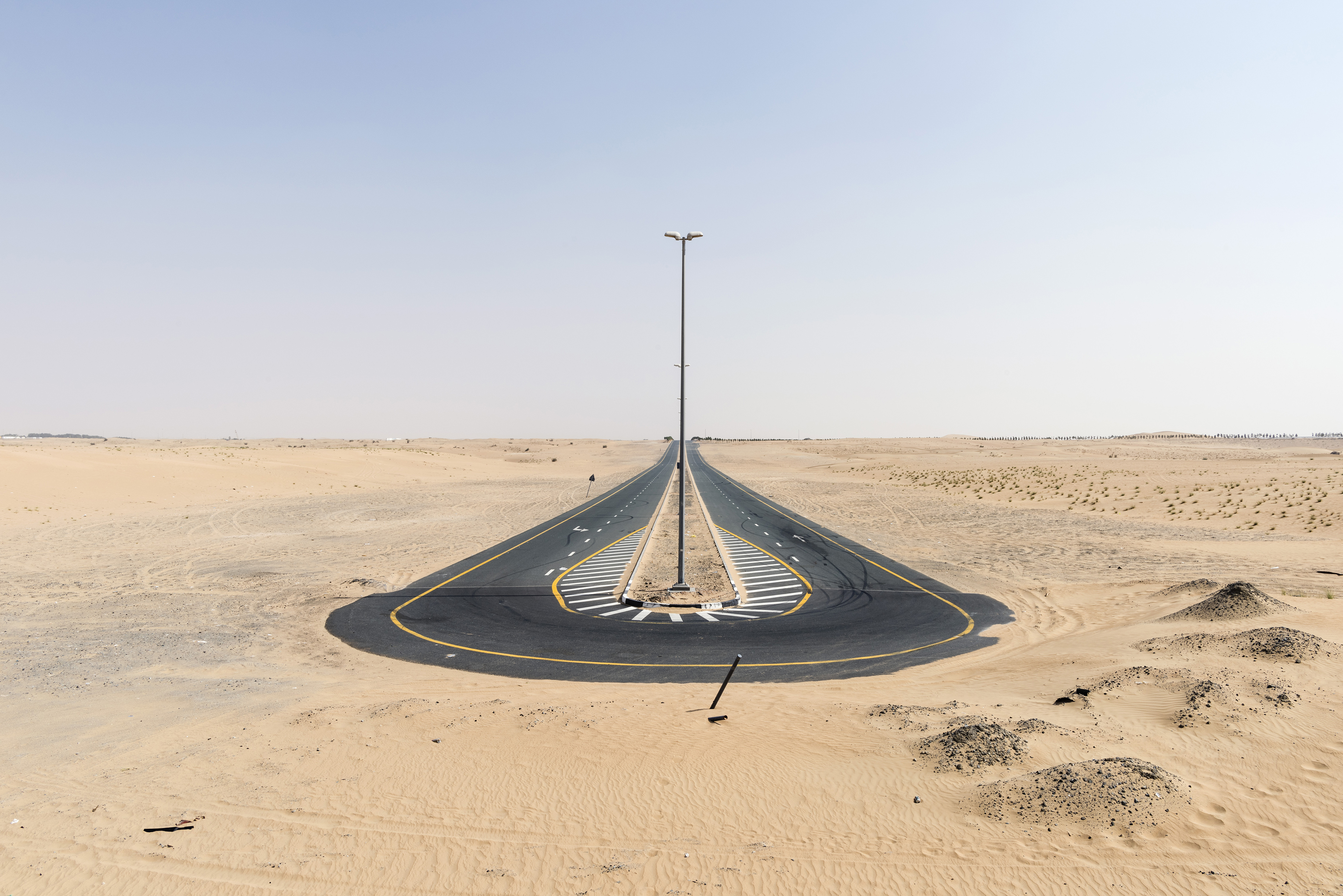 Belgium photographer Nick Hannes won in 2018, with his series Garden of Delight. Shot over five trips in 2016 and 2017, Hannes’ winning series examines leisure and consumerism in Dubai. Each photograph was meticulously planned, with locations ranging from a prototype underwater holiday villa to a sub zero bar in a Dubai shopping mall. In the work, the photographer explores ideas around globalization and capitalism and raises questions about authenticity and sustainability.

Responding to the brief Seeing Beyond – Untold Stories, Hannes caught the judges attention for his strong narrative, unusual approach and imaginative picture edit. 2018 judge Chris Hudson, Art Director, National Geographic Traveller (UK), said: ‘The winning series stood out because each image captures a real moment and tells a story of its own. And yet they knit together so well to give an overall sense of what life might be like for locals in the metropolis that is Dubai.’

Since receiving his award, Hannes has published Garden of Delight with Hannibal / Editions André Frère. The series was also awarded the Magnum Photography Award. Hannes is represented by Panos Pictures. During the outbreak of the Coronavirus in 2020 Hannes has started to photograph his family in lockdown. The visual diary An Unexpected Lesson on Joy was his first self-published book.

Speaking about his win, Nick says: ‘Winning the Zeiss Photography Award for ‘Garden of Delight’ meant in the first place extra visibility for my project, both through repetitive online publications, portfolios in the regular media and participation in various photography festivals. That attention made some of the images, such as the one with the pool playing Arab boys or the dead end desert road, become well-known eye-catchers of the whole series.’ 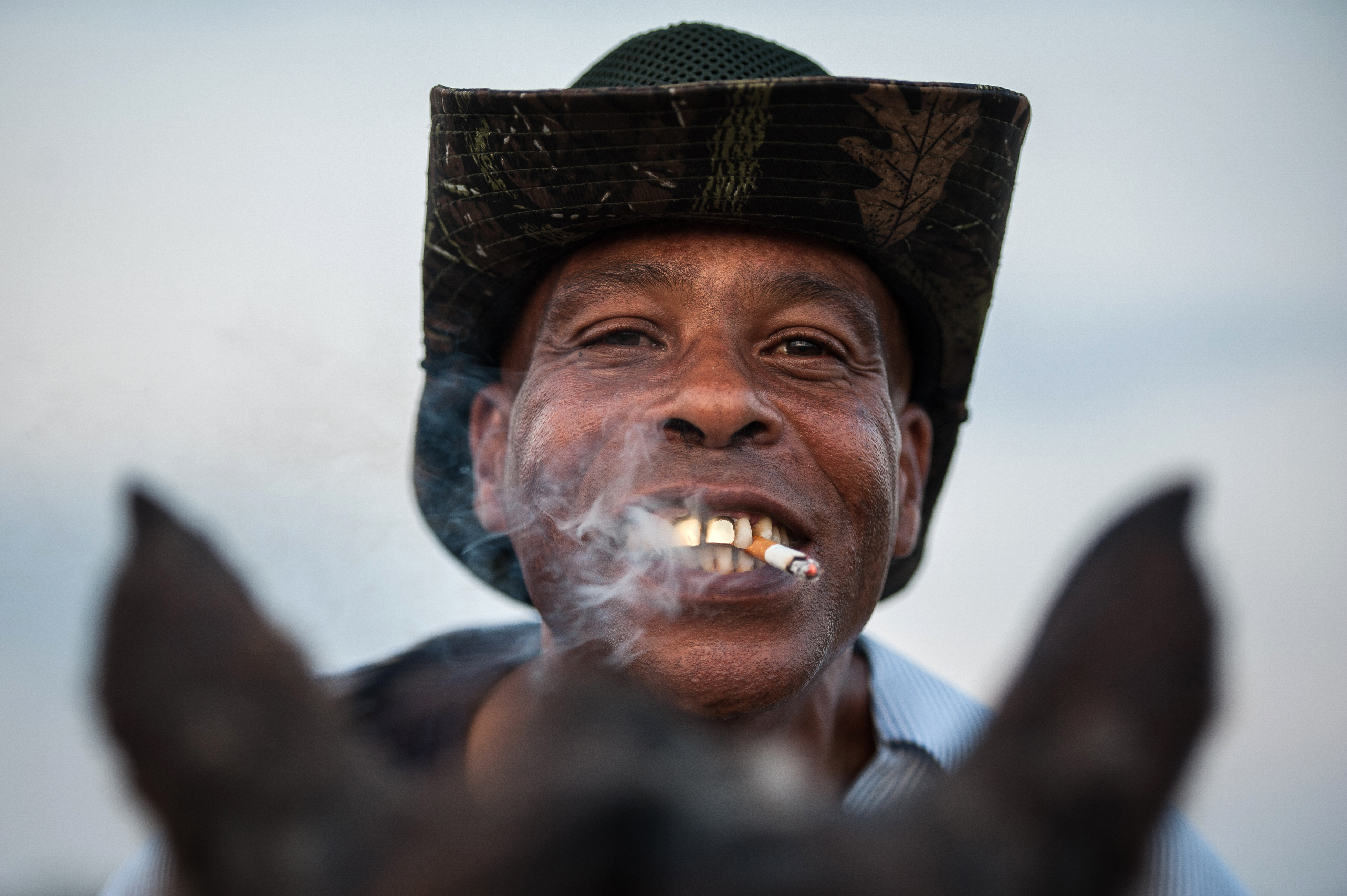 The theme for the 2019 ZEISS Photography Award was Seeing Beyond - The Unexpected and saw photographer Rory Doyle win with his insightful series Delta Hill Riders. A thought-provoking visual insight into African American cowboys and cowgirls in the rural Mississippi Delta, the project gained international exposure from a number of prestigious media outlets.

Judge Dagmar Seeland said about Doyle’s series: ‘Delta Hill Riders was a clear favorite. Rory Doyle purposefully plays with and breaks the stereotypes attached to the subject of cowboys, and does this with great skill and warmth. His connection with his subjects is evident in every beautifully composed image. A fine visual storyteller, and a deserving winner.’

Discussing his winning series Rory said: “The work is timely with the current political environment, and a renewed focus on rural America. The project is a counter-narrative to the often-negative portrayal of African Americans. I have captured riders showing love for their horses and fellow cowboys, while also passing down traditions among generations.  Ultimately, the project aims to press against my own old archetypes - who could and couldn’t be a cowboy, and what it means to be black in Mississippi - while uplifting the voices of my subjects.”

Doyle is a 2019 Mississippi Visual Artist Fellow through the Mississippi Humanities Council and National Endowment for the Arts. His work has been featured in the Half King Photo Series in New York and at London’s theprintspace gallery. Since receiving the winning ZEISS Photography Award title he has won a number of other competitions. He has also been exhibited in New York, London, Atlanta, Mississippi and beyond. His work has been published in The New York Times, Washington Post, Wall Street Journal, ProPublica, ESPN, The Guardian, CNN and numerous outlets. 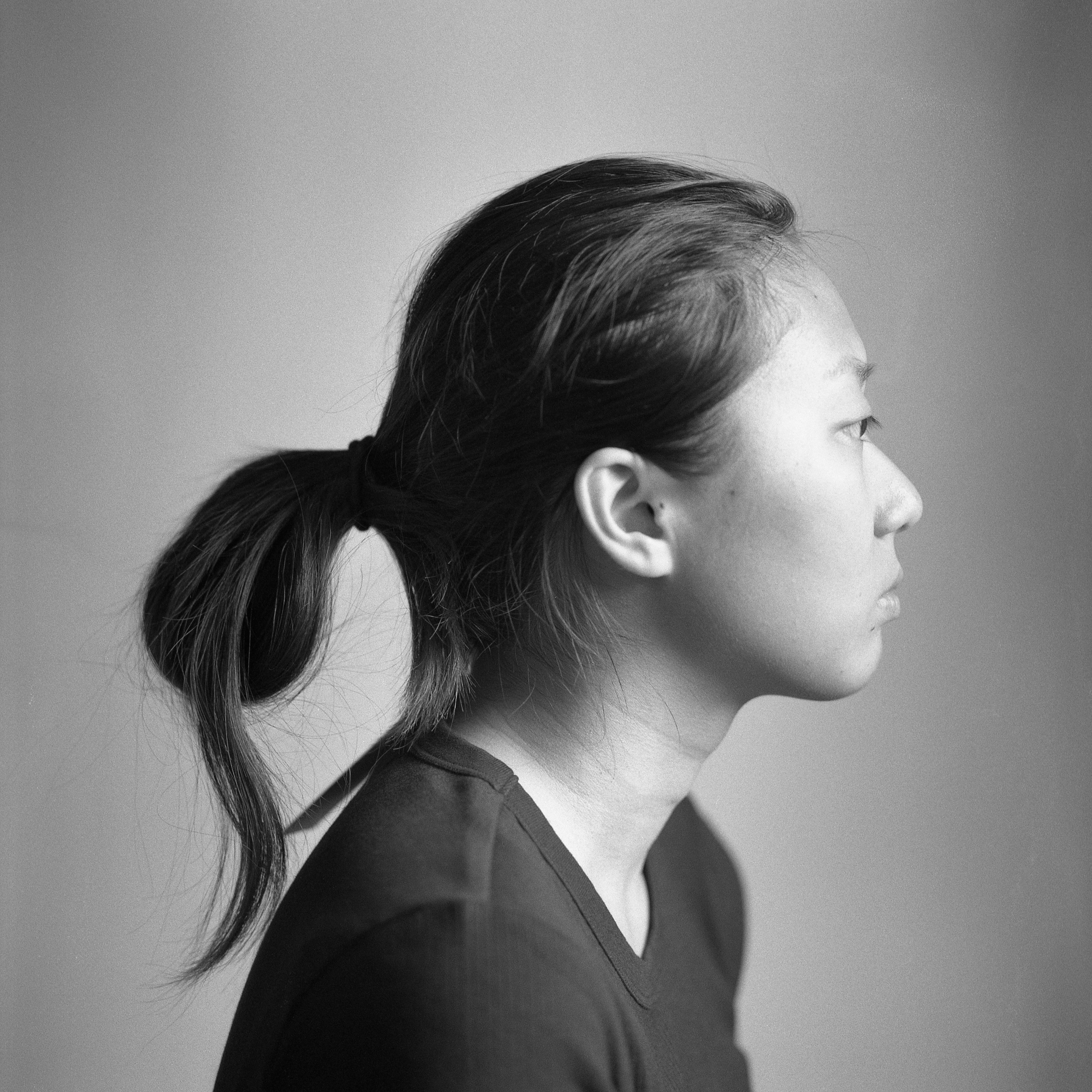 2020 saw the last in the current programme for the ZEISS Photography Award. Closing the competition with one of the most artful series recognised in its history, 2020 winner KyeongJun Yang was awarded for Metamorphosis, a series exploring the immigrant experience.

Interpreting the brief Seeing Beyond - Discoveries, Yang entered a collection of monochrome images exploring ideas relating to identity, isolation and immigration. Speaking about her win, Yang says: 'Winning this award still feels like a dream. I am glad not only because I've won, but also because now I know I'm not the only person who likes my images. I'm happy my photographs have been enjoyed by others, somehow they don't seem as lonely anymore.'

Judge Max Ferguson commented on the series: 'The use of subtle, personal images of the subject (Julie Chen) lets us get a glimpse into the life of a young Chinese American woman. The closeness and the quietness of the images is what allows us to see and think more about what is going on here. For me, this work stood out from the other submissions we judged as it was clear that although, these were documentary photographs, there was a conceptual underpinning to them which opened up more questions than answers and made for a more engaging reading of the work.'

Awarded at the end of March of this year, we look forward to seeing what Yang achieves next. 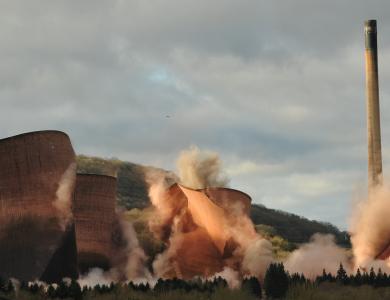 Beyond the Frame: Alec Connah 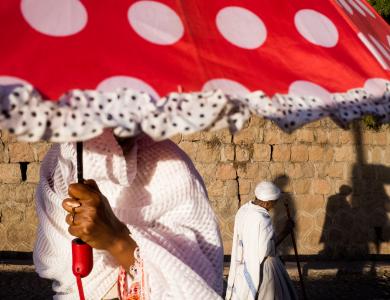