Once hunted to the brink of extinction for their oil and meat, the population of humpback whales had fallen to less than 10% before the global moratorium in 1966. Thanks to the efforts of marine conservationists and organisations like the IWC, the population of humpback whales have steadily increased ever since the ban. However, as we celebrate their recovery, other species of whales continue to get hunted worldwide, most notably by countries such as Norway, Iceland, and my very own country, Japan. Whilst it's important to hear both sides of the story, we mustn't forget that the animals need to be heard and respected too, especially in the ocean where it is their home, not ours. In this series, I explore the beauty of life, forgiveness, and the power of positive change. Using images of humpback whales as a symbol of hope, as a testament to human compassion and love, and the courage to acknowledge and learn from our mistakes.

Kohei Ueno - The beauty of life, forgiveness, and the power of positive change 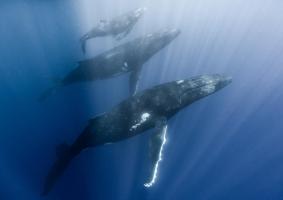 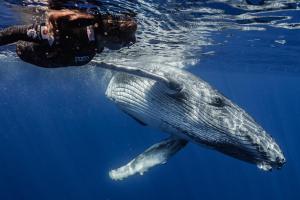 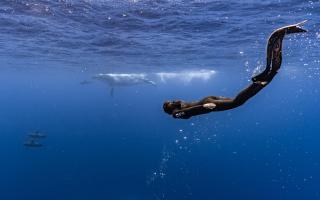 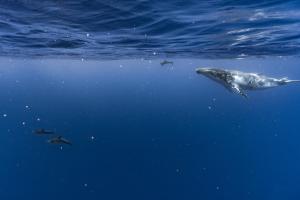 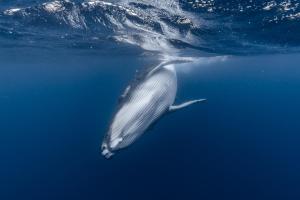 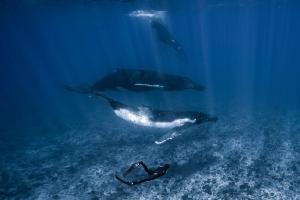 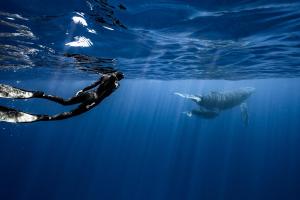 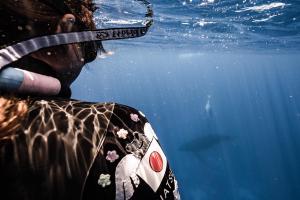 I was born in Tokyo, raised in Hokkaido, grew up in Singapore, and a permanent resident of Australia. I like to freedive, I like to take photos, and I love being underwater.

I picked up my first DSLR camera in 2014 after I quit my job at Google Australia, sold 90% of possessions and packed my life into a 40L backpack to travel the world. The Sony Alpha a5000, the smallest and most affordable DSLR at the time, self-learning on the go with just a basic understanding of aperture, shutter speed and iso.

A year+ later when I returned home, one of the pictures I took at the Bolivian Salt Flats won the grand prize in Sony's Alpha Art House Competition in 2016, which allowed me to upgrade my kit to a professional grade mirrorless DSLR, obtain my first ever underwater housing, as well as a trip to Tonga to swim with whales (my childhood dream!). It was the perfect timing as I was introduced to freediving not too long before this and was already interested with underwater photography.