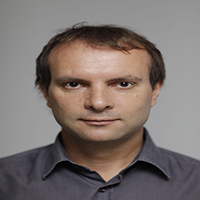 Born in 1974, Brazil, Alexandre Meneghini began his career working as a freelancer photographer after graduating in Geography and Business Administration. In 2002 he joined the Associated Press where he worked for eleven years on assignments ranging from daily life features, natural disasters, politics, sports, fashion, wildlife, epidemics, violence and armed conflicts in South, Central and North America, Caribbean, North and West Africa, Middle East and Asia. His job consists in working closely with text, TV and multimedia editors to generate projects that added a dimension beyond the daily report and provide in-depth coverage of a variety of stories. In 2014 he was given two scholarships in France, sponsored by the City Hall of Paris to develop artistic projects. Since late 2014 he has been based in Havana, Cuba, working as a full time freelancer for Reuters and responsible for coordinating the photo coverage in the country.