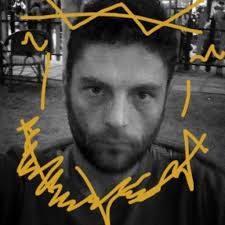 Eduardo Castaldo was born and raised in Naples, Italy, in 1977 and began working as a independent photojournalist in 2006. In the end of 2007, he moved to the Midlle East. For 8 years, he was based between Jerusalem and Cairo, covering news, events and political issues for leading magazines worldwide. In January 2011, he reached Cairo just a few hours before the beginning of the Egyptian revolution. For his work about the Egyptian uprising, he was awarded with several prizes including a World Press Photo in 2012 and 2 POYi.

Since 2012, Eduardo has been working as a still photographer on movies and TV series, collaborating with main Italian directors such as Matteo Garrone, Saverio Costanzo, Alice Rorwacher and for clients as HBO, Netflix among others. At the same time, since 2015 he's been developing and transforming his photojournalism archive from Middle East into street artworks combining photography with other medias. He's a still photographer for HBO on the series project from the bestseller "My Brillaint Friend" by Elena Ferrante. In Dec 2021, he shooted as director his first short movie, named "GIOIA".