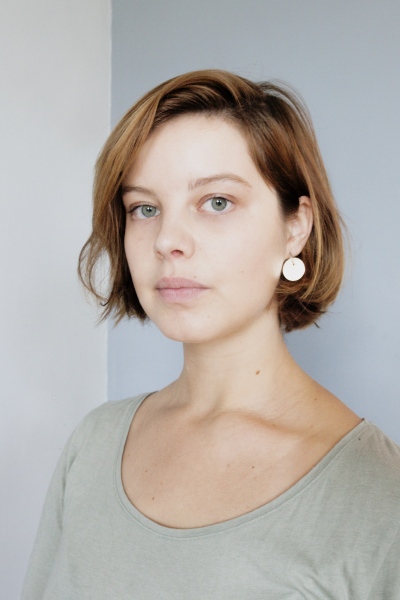 Maroesjka Lavigne (b.1989, Belgium) gained her Masters in Photography at Ghent University in the sum­mer of 2012 in Belgium. Her work has been shown inter­na­tion­al­ly at the Foam Talent exhi­bi­tion in Amsterdam, The Robert Mann Gallery in New York, Galerie Hug in Paris and Museum Saint Guislain in Gent, Belgium, among oth­ers. She self-pub­lished a book called ‘ísland’ in 2012 that sold out. Her lat­est project ‘Lost Lands’ was recent­ly exhib­it­ed in the Robert Mann Gallery in New York. Her lat­est mono­graph book ‘Someone, Somewhere, Sometime’ con­tains her 4 pre­vi­ous projects and is cop­ub­lished by Radius Books and Robert Mann Gallery

She was select­ed for the Talent Call at Fotomuseum Amsterdam (FOAM) Netherlands 2012 and was the win­ner of the Emerging Talent com­pe­ti­tion of Lensculture in 2014 with the series ‘You are More than beau­ti­ful’. In 2015 she won the Harry Penningsprijs in Eindhoven, Netherlands and in 2016 she won 1st place in the Landscape Category at the Sony World Photography Awards with her project Land of Nothingness. She is cur­rent­ly liv­ing and work­ing in Ghent, Belgium.