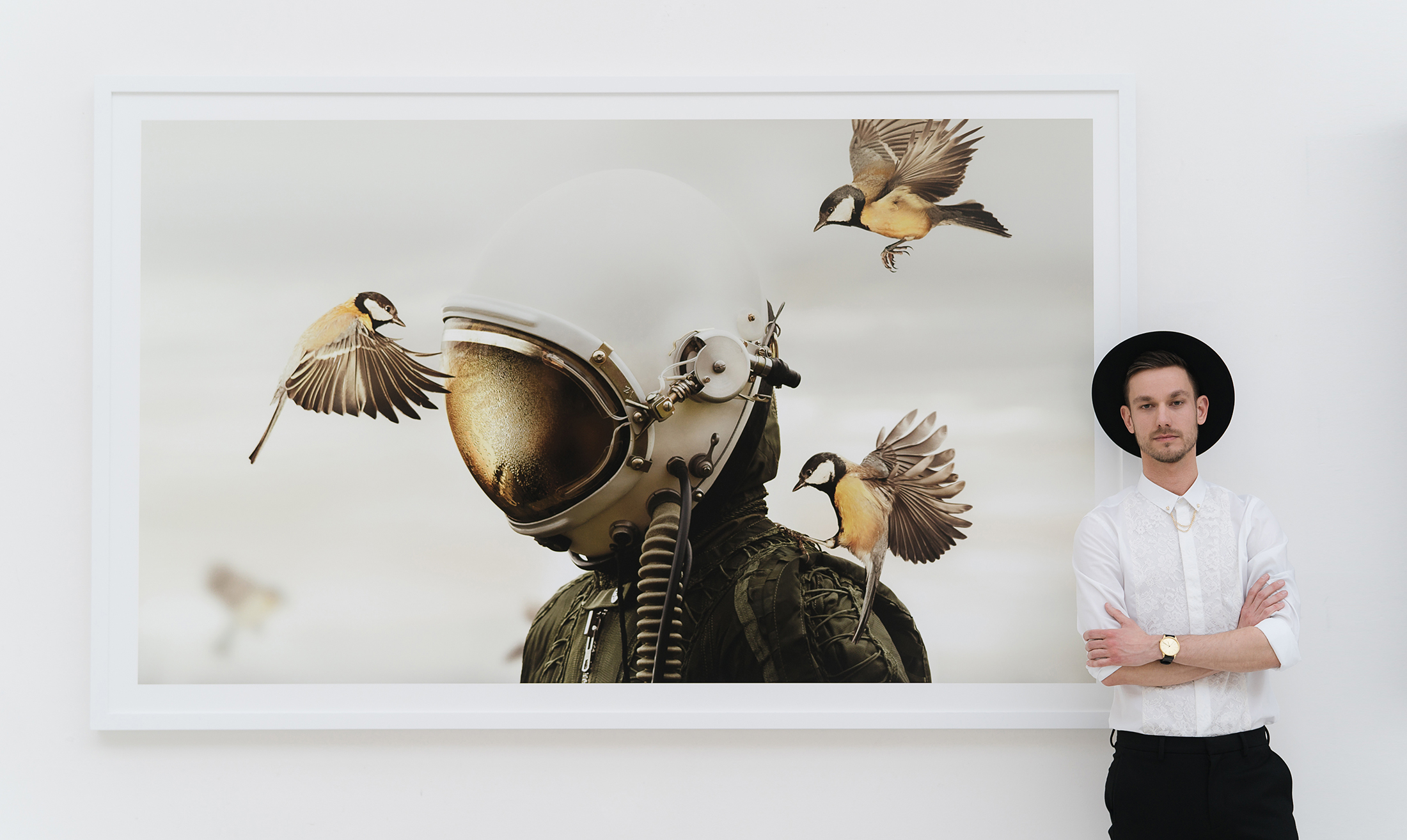 Martin Stranka, a native of the Czech Republic who lives in Prague, is a self-taught professional photographer, born on April 13 1984. Martin was a bored student plodding through courses in business school when the unexpected lost of a close friend led him to pursue photography as a form of therapy. That hobby turned into a passion and, eventually, a profession. His distinctive vision of photography is etched as a unique space located in a balance and serenity, while his sophisticated and rewarding images exist in that narrow window of a few seconds between dreaming and awakening. Martin creates images that appear to be stills from a film — one that walks the line between fantasy and reality. Hailed as one of the most promising artists of his generation and identified as one of the most accomplished practitioners of digital image making as an art form.

During the last years he has won over 80 major international photography awards from different competitions, including Sony World Photography Awards, Professional Photographer of the Year, Nikon International Photo Contest, Prix de la Photographie Paris and International Photography Awards eleven times in a row. His solo and group exhibitions have been seen from South and North America, through Europe, all the way to Asia. His photographs have been exhibited in places such as New York, Los Angeles, Las Vegas, Basel, Tokyo, Milan, London, Miami, Paris, Prague, Hong Kong, Kiev and many more. Martin's work was presented in prestigious galleries such as Getty Images Gallery, Saatchi Gallery, THINK+feel Contemporary Art Gallery and SNAP! Orlando. His work stood proudly alongside the likes of Andy Warhol, Annie Leibovitz, Banksy, Damien Hirst, Helmut Newton and Erwin Olaf. Martin was introduced and exposed at SCOPE, one of the largest and most global emerging art fair in the world running during Art Basel week, held annually in New York City, Miami, and Basel.

Martin's dreamy, transportive photography has been commissioned by cultural institutions such as the National Theatre in Prague and the Czech National Ballet. Dozens of his images have also been used by New York publishers for the covers of mysteries and thrillers — genres he believes his work is perfectly suited to. He has created book covers for the biggest New York publishers, such as Harper Collins Publishers, Sterling Publishing and Penguin. In addition, he has collaborated with other book publishers, music publishers and artists around the world. Work of Martin Stranka was featured in interviews for Adobe, Disney, The Guardian, The Sun, The Daily Telegraph and many more.