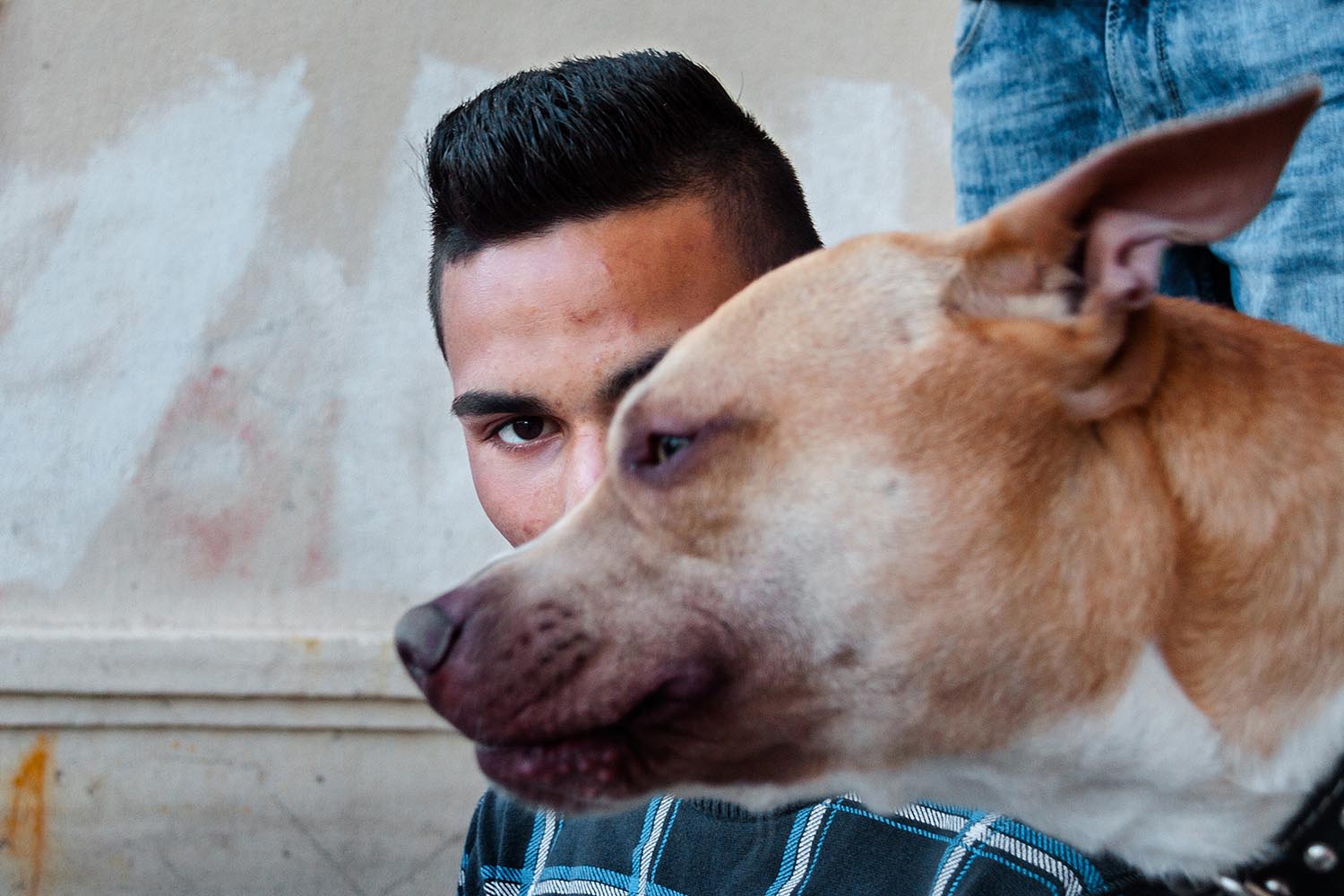 Jorge López Muñoz is a Spanish photographer based in Valencia. In 2016 he was shortlisted in the first ever ZEISS Photography Award 'Seeing Beyond' with his series 'El Clot'.

We caught up with him a year on from his ZEISS success:

Hi Jorge. Tell us more about your series ‘El Clot’

'El Clot' has virtually disappeared, with the only remains left standing on the dockworkers' block. For the last 20 years the building and nearby homes have been threatened by demolition in order to extend an avenue to the seafront, due to political and speculative reasons.

'El Clot' inhabitants are mostly gypsy families who have occupied the abandoned apartments in the block. Gypsies belong to Spain's largest ethnic minority, a minority that is very heavily socially stereotyped and, according to various surveys, also the group most harshly rejected by mainstream society.

Although 'El Clot' is a slum I have not encountered either rejection or pain. They are, in short, impoverished but also happy people, even openly proud. 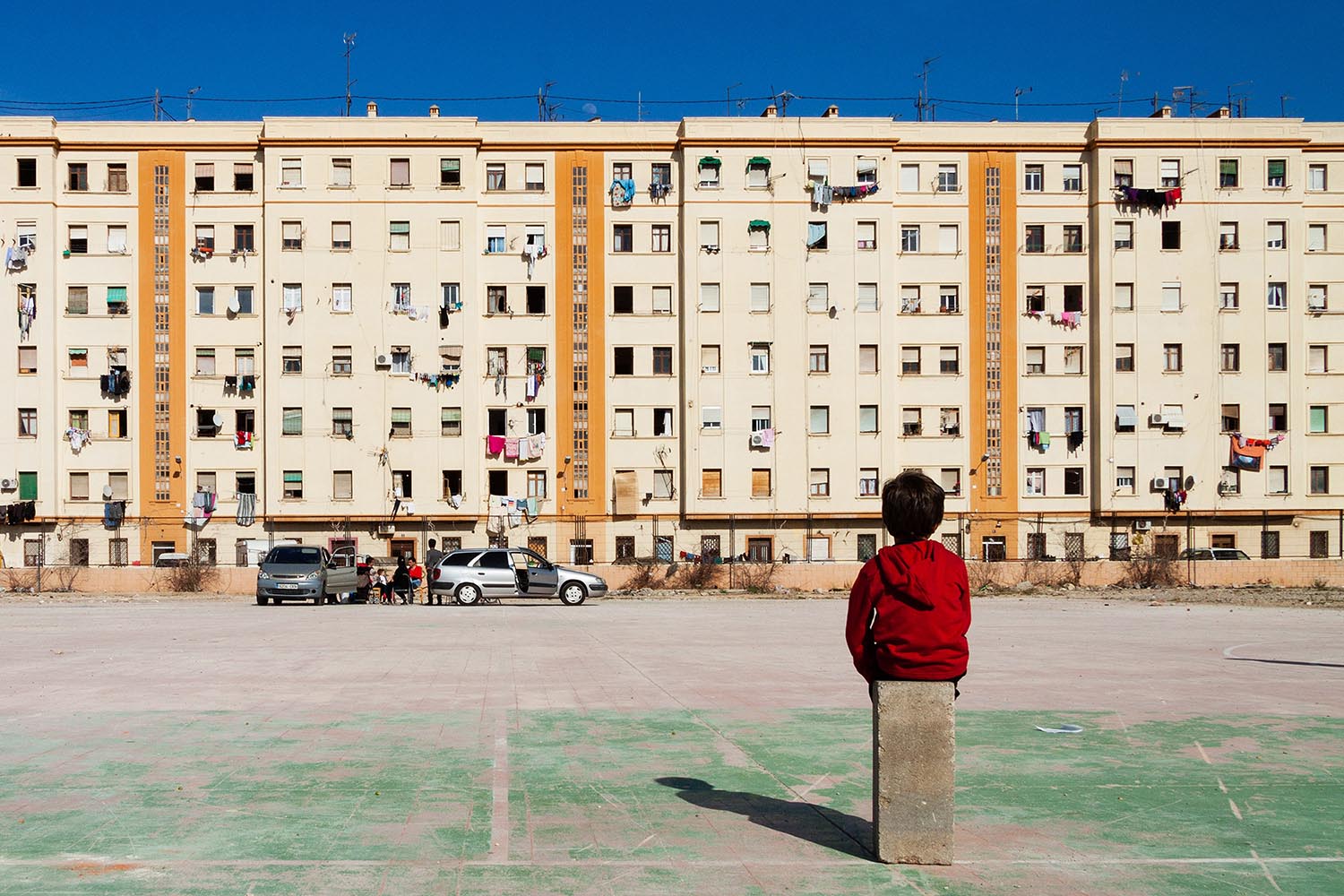 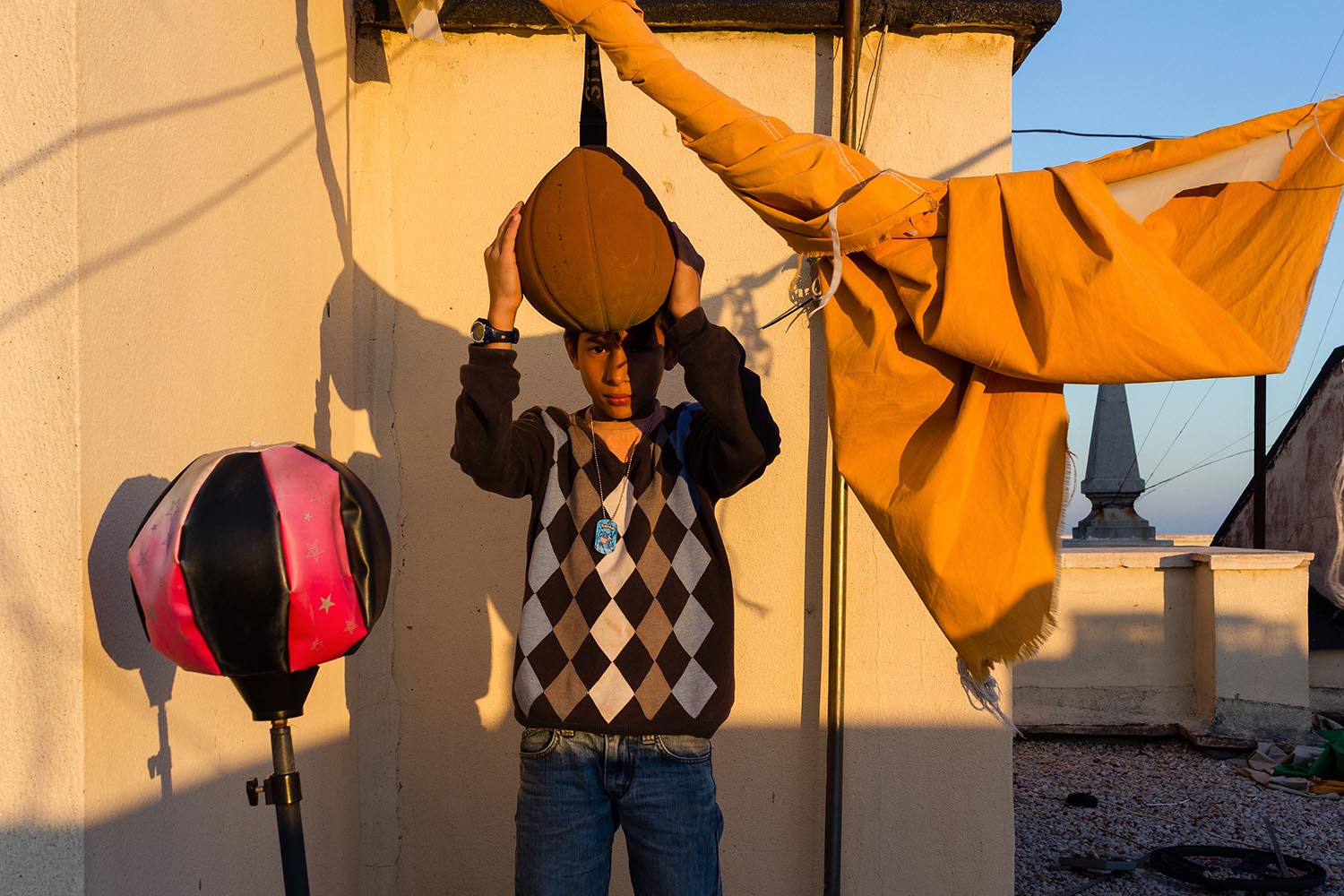 When and why did you first come to photography?

I decided to study photography and became professional in 2012. I earned my photography degree at the Art and Design College of Valencia (EASD) in 2015. Then I won a full-ride grant at LENS School of Visual Arts of Madrid, where I recently completed my M.F.A.

I started 'El Clot' project in 2013, as soon as I discovered it. It's been a long personal journey, a genuine learning process. When I started with the project I didn't know anything about the gypsies or 'El Clot' neighbourhood.

You've won many awards; how important have competitions been to your career?

I realized that most people to whom I showed the project liked it and indeed encouraged me to apply for competitions. Awards are always stimulating, of course. But the reason why they have been important to me is because they allowed me to exhibit my photographs around the world: they afford me a platform to make my work known internationally. And – increasingly – I have received professional commissions because of that.

Being able to show 'El Clot' at Somerset House in London thanks to the Zeiss Competition was a blast! 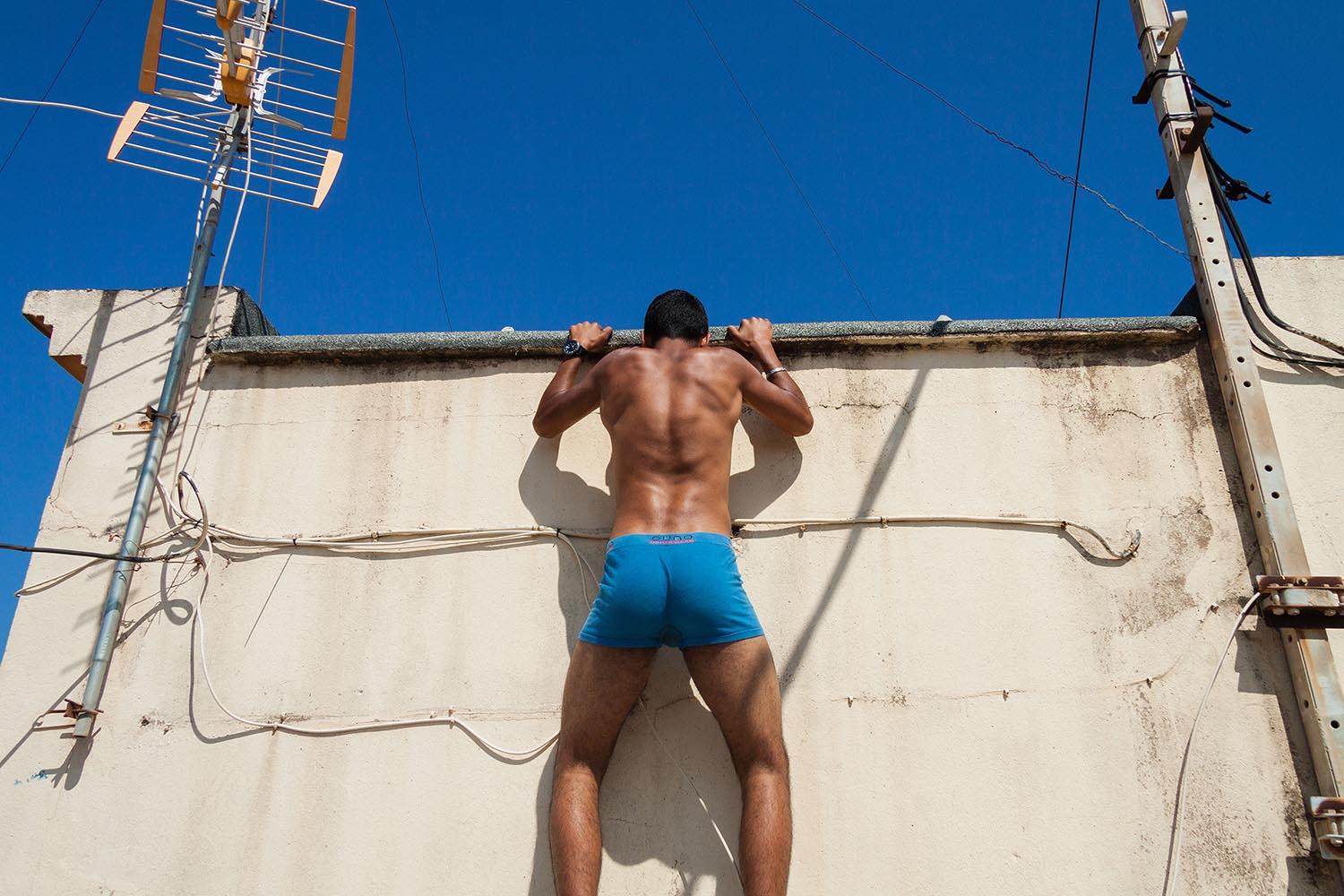 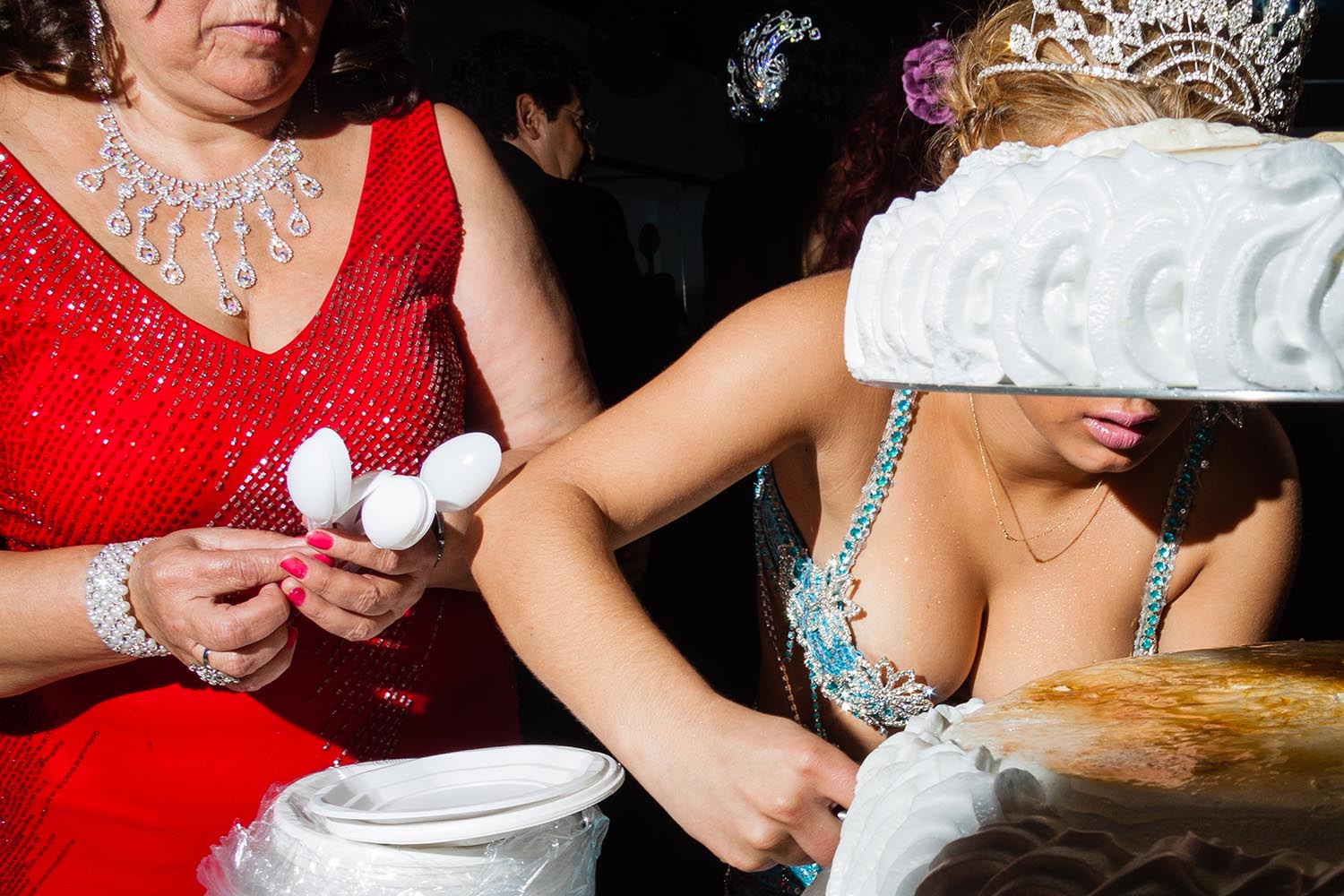 'El Clot' project does not have as its main intention to be a political statement. It is a work that deals with several topics, allowing for multiple readings. And in the case of some of those issues criticism is implicit. Of course there is position on my side. But I take a step back to distance myself from the story. I do not pretend to save my subjects, nor to depict them as victims. I am not a spokesperson for anyone but for myself. I only create photographs, and it has happened that these images are very powerful by themselves, visually they have an enormous strength, many people perceive it.

My work is my way to explore the world and understand it. I am interested in the individual and their architectural environment. I have always worked with human beings, with real people and their real situations as a photographic object. I wanted to try to understand their way of life and to capture in pictures the wild vitality and hope of this community. My aim was to create a powerful, intimate portrait - direct but sensitive - of these people in their habitat, and in doing so show their vulnerability and strength, trying to turn this work into an affirmation of the dignity and humanity that is in all people. Everything starts with the fascination for the other. This project shows my attraction towards them. It has been my way to get to know them, to approach them. First from a place of curiosity and them from obsession. It is a subject that I became passionate about since second one.

And passion is important, but you must have a goal as well. Mine with this project was to methodically document all aspects of gypsy culture, its people and its territory; having the project become a broad work about their identity. However, I do not pretend that my images are direct mirrors of reality, but to create a visual language of my own. In a certain way, to turn the suburbial into art, and to create my own private world, as real as imaginary. Because the world as such does not exist: it is created at every moment by the unique subjective vision of an artist. It's the identity of my subjects, but also mine. In short, photography for me is a form of knowledge, but also of personal expression. 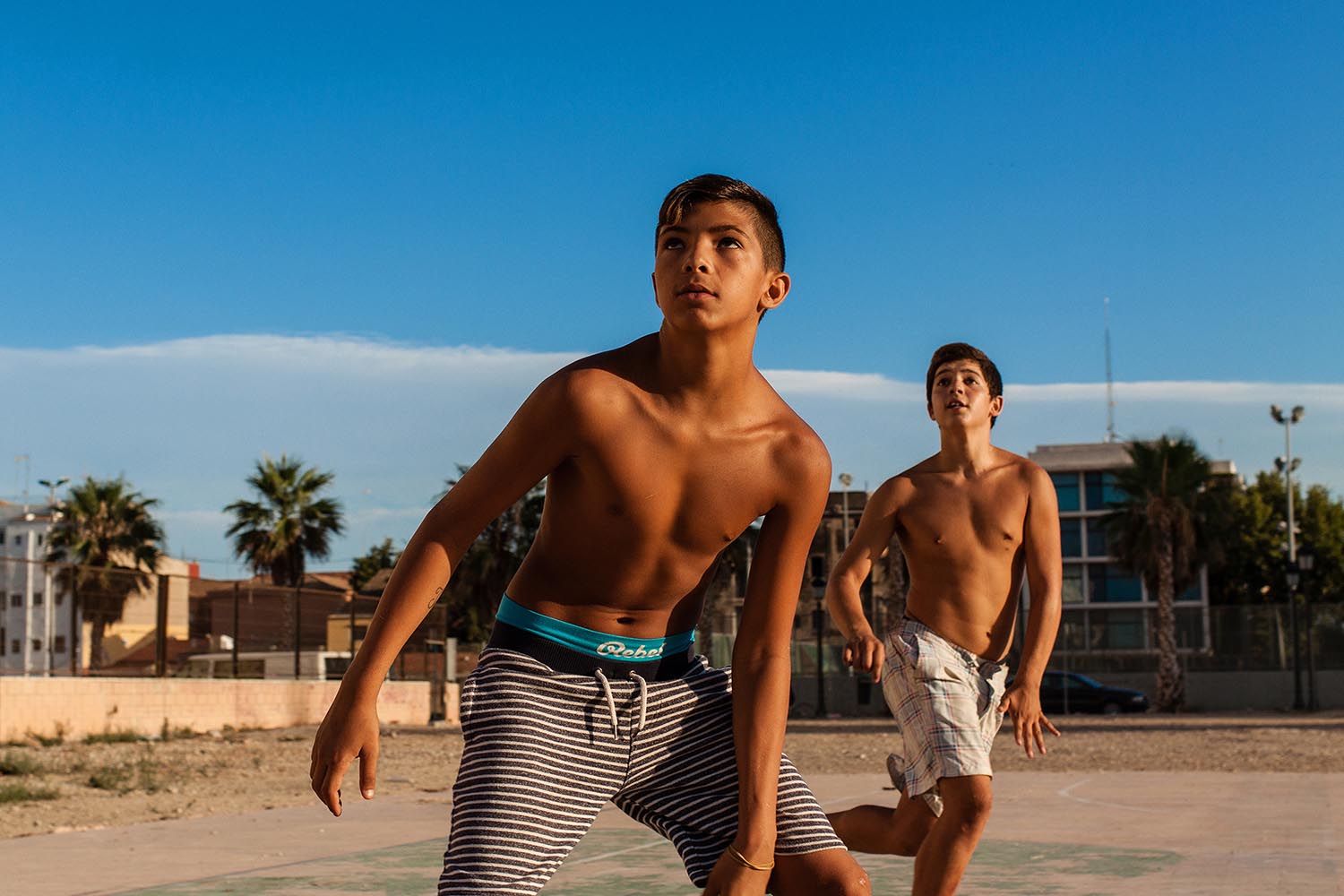 I am working in a new long-term personal project now. I consider 'El Clot' a closed one. But I still visit them in 'El Clot' and take pictures every now and then. There are more exhibitions of it coming in several countries. And a photobook is also planned. Indeed, I do want to keep working with the gypsy community for future projects.

I have recently given a workshop for the first time. It does not cease to amaze me the multiple readings that a project like this has according to the viewer, and I find it very enriching to get to know them first hand. Also, professional commissions are arriving for coverage, documentary, portrait and even fashion photography, and all those genres interest me. 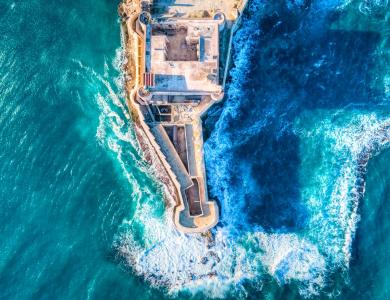 From Above - Placido Faranda, 2017 #SWPA Shortlist 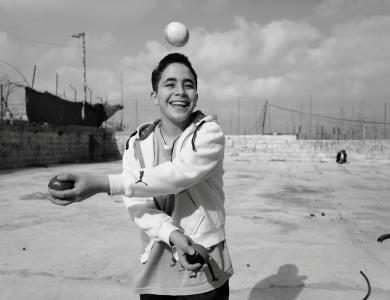 Circus behind the Wall - Rich Wiles