Jane Hilton’s Drag Queen Cowboys is an intriguing mix of motifs pointing to America’s rich history and identity. The powerful portraits piqued the jury's curiosity in the 2021 Professional competition, with Hilton being awarded third place in the Portraiture category. Anna Bonita Evans reports.

Deep in Nevada’s desert with the midday sun beating down, a ‘66 Mustang whizzes by. Behind the wheel is British photographer Jane Hilton who has a rather unusual, and incredibly glamorous, passenger. With one of Jane’s favourite tracks playing, be it the Bee Gees or Debussy – she isn’t limited to one genre, the mood is cheerful. Both parties are equally entertained and charged for what’s to come. ‘During those first shoots with the drag queens, they just wouldn’t stop laughing,’ says Jane. ‘I reckon they were just as curious about me as I was of them.’

Jane’s latest series Drag Queen Cowboys is a collection of monochrome portraits of Las Vegas’ most extravagant entertainers. Driving her models about an hour out of the city to a nearby ghost town, the locations – and brainchild – for this project is John Huston’s 1961 drama The Misfits. With the last ever appearance of superstars Clark Gable and Marilyn Monroe, the film’s quirky, anti-Western approach had great influence on Jane. ‘I just love this quote by [the film’s writer] Arthur Miller: “People came to Nevada because they had an unrequited longing for something they couldn’t name.” People displaced by the mainstream go to the state looking for something, so drag queens in Nevada – members of a subculture that live on the edge of a desert in Vegas – it just all seemed to thematically fit.’

Despite cross-dressing being part of our entertainment since the 16th century (think of the pantomime dame), the drag scene has largely stayed on the periphery until the meteoric success of reality TV show Ru Paul’s Drag Race. Only recently acknowledged by the mainstream, the visual language now associated with this culture is antithetical to Jane’s images. ‘The photos of drag queens we see on Instagram and in magazines are all artificially lit, in vivid colour and are heavily edited in Photoshop. I wanted to turn that portrayal on its head, do the complete opposite. I wanted to show them in a way that you don’t expect.’

Before embarking on the series, Jane immersed herself in the culture to learn more about these nocturnal characters subverting the status quo. Her lively and friendly demeanour made her an instant hit and was soon joining the groups on nights out. ‘I went to a drag queen bingo with some of them and oh my gosh, it was just so fabulous and cool. They were all so welcoming, and very sweet. I learned belonging to that community is not just a passion or about creating an identity, it’s a way of life. They have to be incredibly talented at sewing, choreography, and they have to be witty too. There are so many skills needed to be a successful drag queen. I was just in complete awe.’

As Jane talks about the joys of working with such theatrical people, she reveals how the project wasn’t without its challenges: ‘I think a lot of the queens were quite nervous. They weren’t keen to come out into the daylight and it was tricky pinning them down to days and times. As I was only there for two week stints, I had to make each trip productive.’ With a successful career in fashion photography, Jane is used to getting the most out of her sitters. Giving the drag queens a clear brief and collaborating with them on their outfits, she shot in the late afternoon sun and gave this dazzling community full exposure.

Taken on film, the portraits present each performer using America’s great landscape as their stage. Jane cleverly uses a backdrop that’s woven into the country's identity and history to say something profound. So often used as a metaphor for the American Dream in literature and the visual arts, particularly Hollywood, here we see the country’s wilderness being used for a progressive, powerful statement that recognises a group giving their era a much needed shake-up. Stood within a great empty desert, a place that highlights the paucity of life, these portraits point to the fragility of society and the subject’s gutsy fight for their place within it.

Jane has explored American culture for the past 26 years. Discovering Las Vegas during a commercial job with a high street fashion brand two decades ago, she was drawn to the city’s eccentricity and would stay on after jobs to develop her personal projects. Fascinated by subjects that are ‘legal but not socially acceptable,’ she says: ‘I just love it when people are passionate about their job or hobby. Be it cowboys, hunters, burlesque dancers or drag performers, it’s a lifestyle that you have to be completely committed to.’ Jane reveals it isn’t just the people that’s kept her returning to that part of the world: ‘The light of the American West is the best light in the world. It’s absolutely beautiful. Having grown up in the home counties it just blew me away when I first saw it. I keep going back, especially to Nevada. It’s by far my favourite state.’

Balancing commissioned work with her passion has paid off. Jane’s published three successful books and was commissioned by the BBC to make a series of ten documentary films about two brothels in Nevada titled Love for Sale. Reflecting on the last two decades, Jane says: ‘I really enjoy the commercial side. I love the challenge of a brief, working with a team, and delivering the shoot better than what’s expected.’ She pauses, and continues: ‘But it’s always been about making enough money to continue with my personal projects. I think what’s changed is that I can admit I do both. There was a time I had to keep the fashion side quite hidden to be taken seriously in the art world.’

Represented by galleries in London, New York and Amsterdam and having had her work included in almost 50 exhibitions, it’s fair to say Jane’s work has been fully embraced in the art world. Her next exhibition is soon upon us, with a selection of images from Drag Queen Cowboys, on show this September at Photo London in Somerset House. Eleven Gallery has dedicated their whole booth to Jane’s winning series and right now she’s finalising the size, paper and framing of the prints. ‘I think they’ll be seven different images altogether and they’ll be limited edition prints. The work has had a lot of attention through the Sony World Photography Awards, which is great.’ With the 2021 fair set to be a highly anticipated experience for photography lovers and collectors alike, Jane’s images are sure to steal the show. 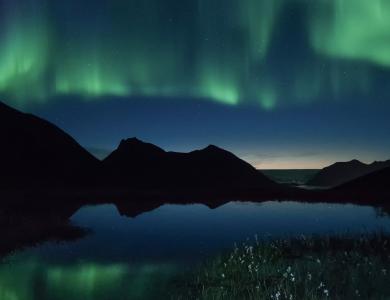 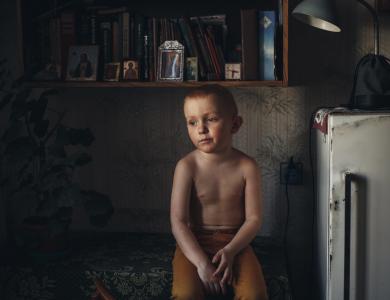 Beyond the Frame: Lyudmila Sabanina