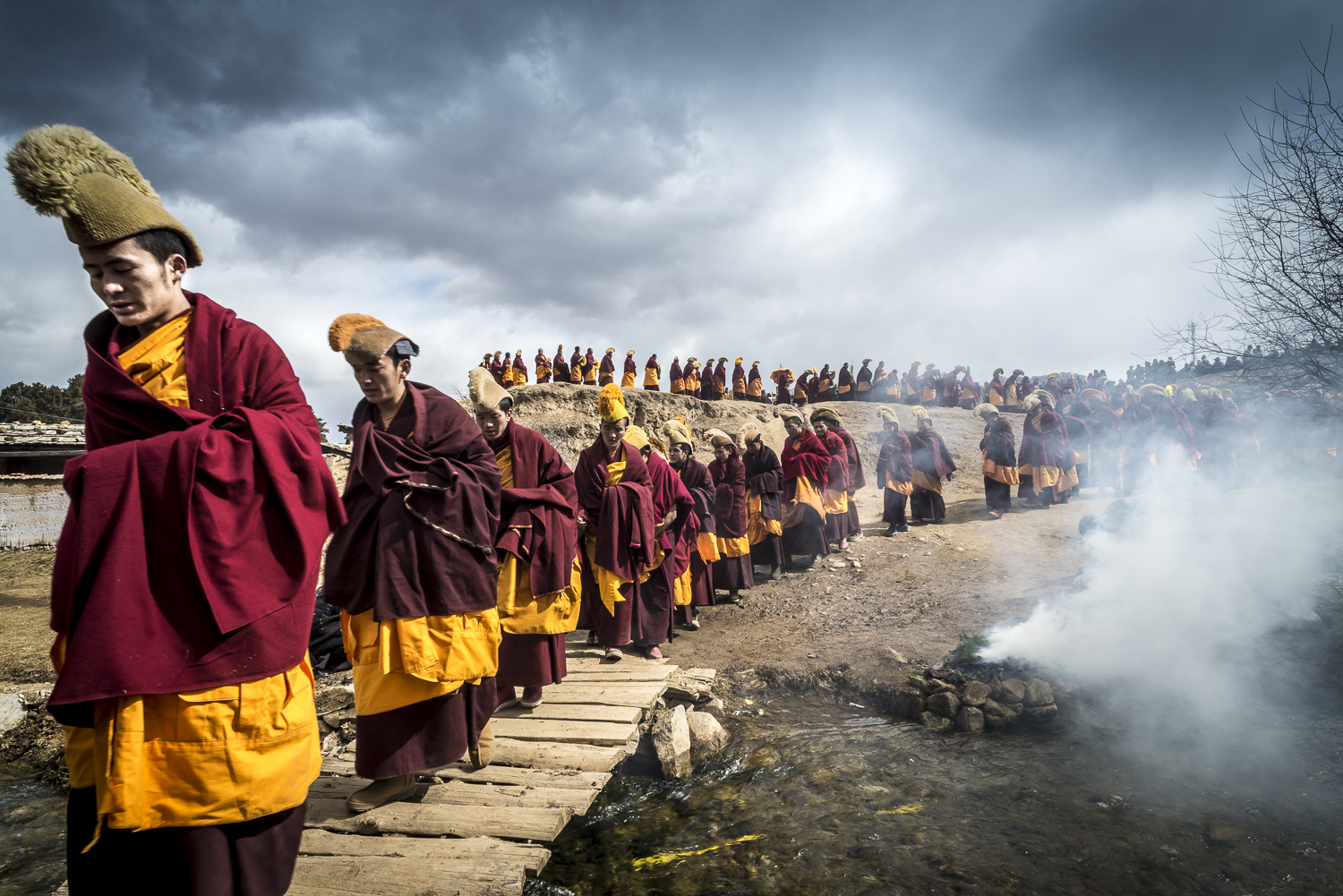 Chris Roche is the 2016 Ireland National Award winner. His image ‘Monlam, Taktsang Lhamo’ was shown at the prestigious Somerset House as part of the 2016 Sony World Photography Awards Exhibition.

Born in Canada to Irish parents, Chris grew up in Africa and around Europe. Dividing his time between working as a filmmaker and photographer he is now based in the UK.

His has won several awards including the Miramax Scriptwriting Award, the Wanderlust Photograph of the Year competition 2015 and the Wild Frontiers Photo of the Year 2014.  He has had his photos published in the national press and exhibited in the Royal Geographical Society in London and United Nations Office at Geneva.

He recently published a photographic book: ‘The Priests and Pilgrims of Ethiopia’ and Prestel are publishing a book of his images of Varanasi; Banaras, Holy City in April 2016. He is now working on a project, ‘Devotion’ with a planned exhibition and book.

The great prayer festival of Monlam takes place in eastern Tibet during the heart of winter.  Tens of thousands of pilgrims join the monks in celebrating the event. Here the monks of Taktsang Lhamo are performing the ritual known as the ‘Turning of the Buddha’ where a statue of the Maitreya Buddha is carried around the four corners of the village.  Maitreya is a Buddha who will appear on Earth in the future, achieve complete enlightenment and then teach the dharma. This ceremony is to ensure that the earthly realm will be ready for his arrival.

To capture this photograph I placed myself at the end of a small footbridge and crouched low so as to get the diagonal line of monks crossing the frame. The dramatic sky and smoke from the nearby fire were an added bonus.

"I consider myself a storyteller - a national characteristic of the Irish I think. I've worked in the film industry for many years as a writer and director, but what I particularly love about photography is all that is needed to do it is a camera and a subject."

I consider myself a storyteller - a national characteristic of the Irish I think. I've worked in the film industry for many years as a writer and director, but what I particularly love about photography is all that is needed to do it is a camera and a subject. There can be something very simple and elemental about photography. However, at the same time it can be poetic and say something about the human condition. That's what I aspire to. 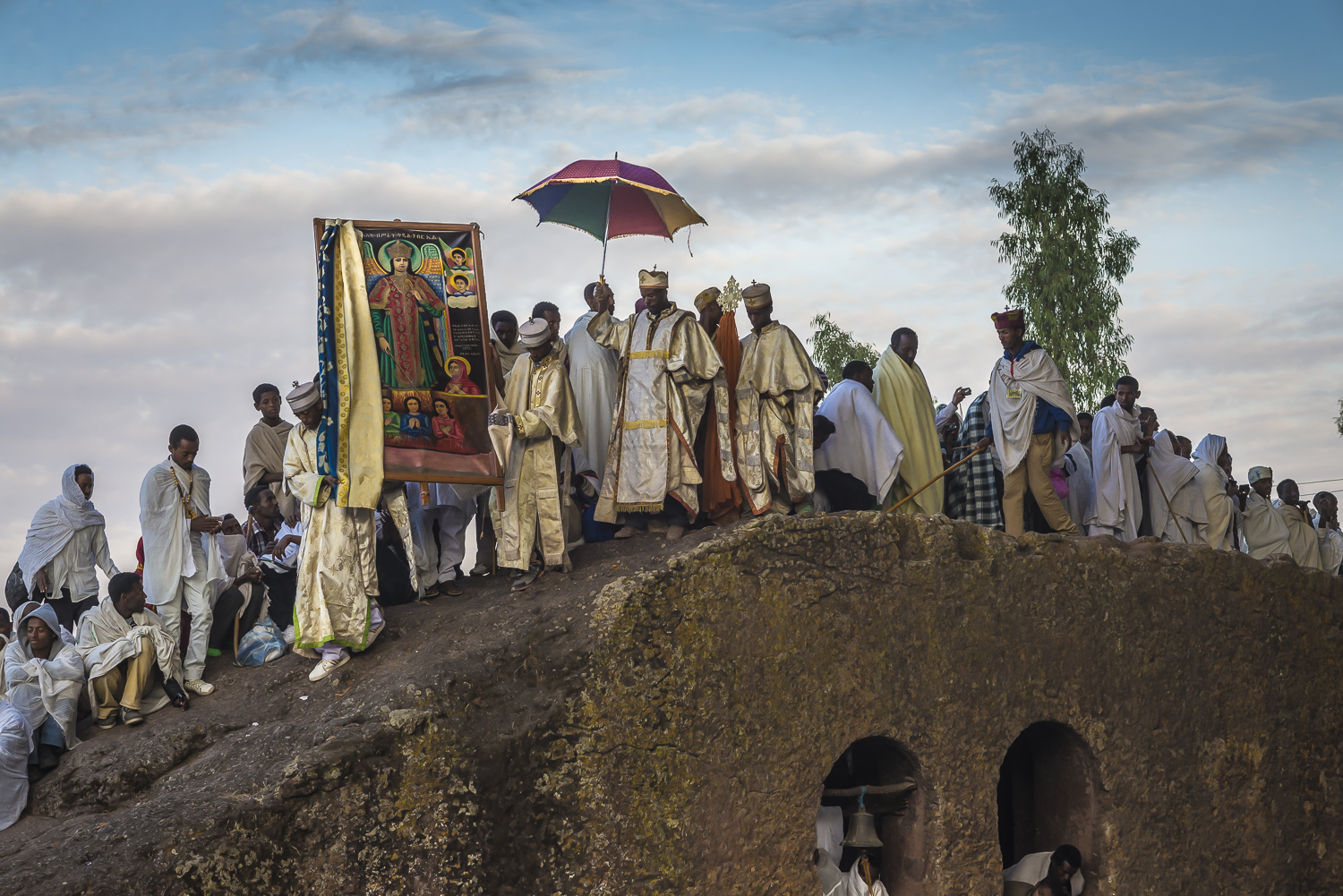 You've published a couple of books of your work. Talk to us about the editing process of creating these and what you learn about your photography each time

I self-published my first book, ‘The Priests and Pilgrims of Ethiopia’, and my biggest lesson was that an editor is crucial. It is very hard to be objective about one's own work. In my second book, ‘Banaras, Holy City’ I collaborated very closely with my editor and designer. I guess I came to realise the somewhat obvious - that the images have a common thread beyond their apparent content - that could be stylistic, in composition or colour for example. Furthermore, I'm told that my photographs evoke a real empathy for their subjects and that is good to hear as it is not consciously created - but if it's apparent I'm very happy.

Over the last few years I have been photographing different faith traditions around the world. A couple of months ago I was in Iranian Kurdistan, in one months time I will be in the Peruvian Andes for a religious festival at an altitude of around 5000m. My plan is to find a publisher with whom to collaborate on a definitive photographic book on the theme of Devotion and hold a corresponding exhibition. 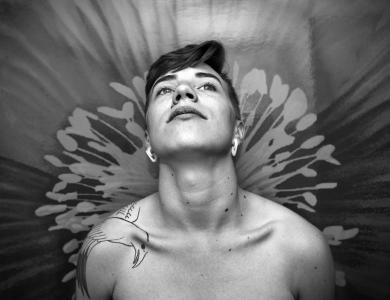 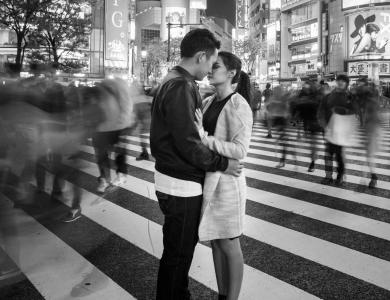