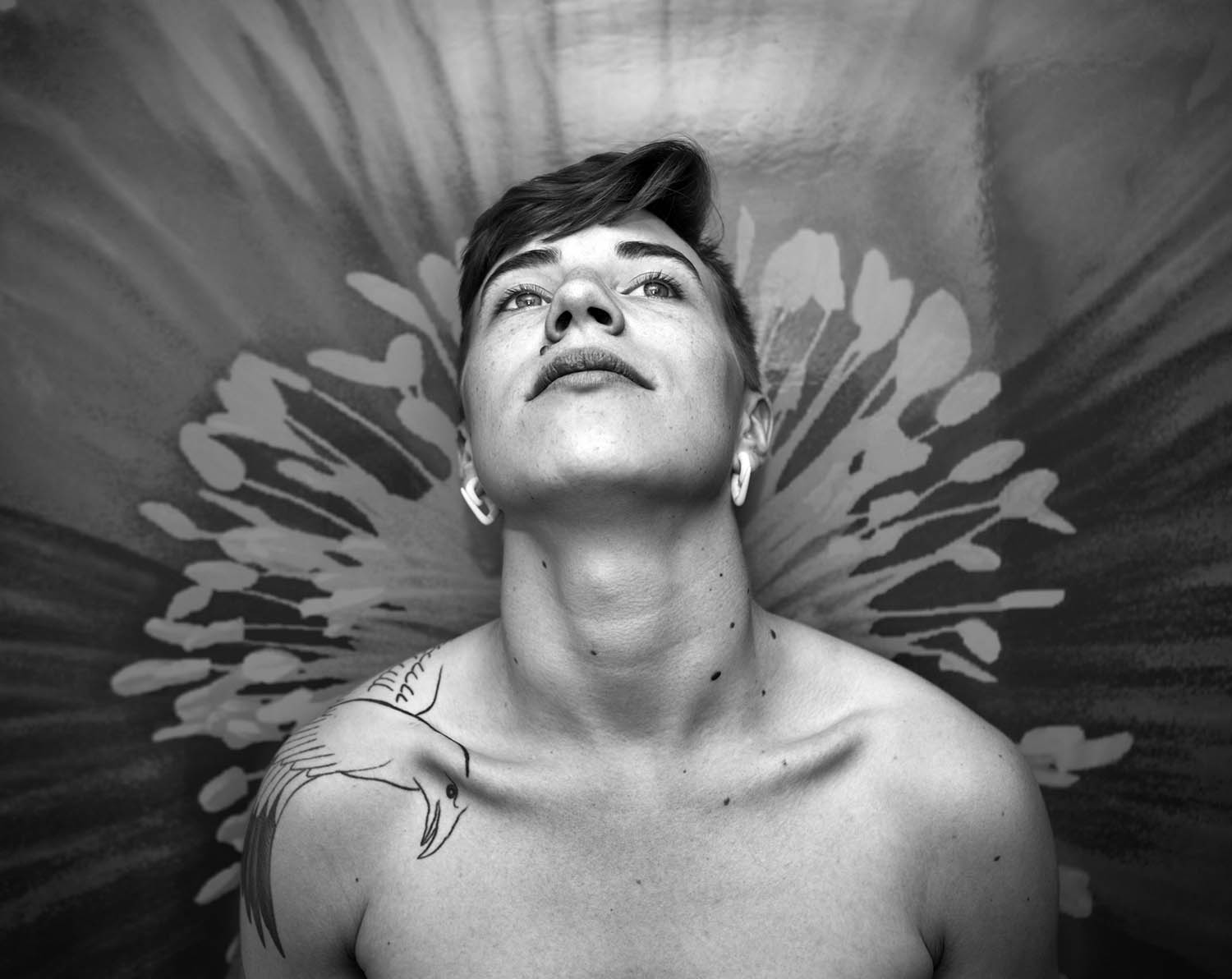 Visura member Sara Swaty is a people and portrait photographer who was born and raised in St. Louis Missouri and has a BFA in Photography from Rochester Institute of Technology in New York.

Throughout her years at RIT, she studied abroad in India for 6 months and minored in Cultural Anthropology, which influenced her perceptions of culture, gender and its associated societal constructs. Her personal work explores gender, identity, and race and has been featured by CNN and The Advocate, exhibited in New York City, Los Angeles, and Saint Louis and is a part of Leslie Lohman Museum's permanent collection.  Sara is currently a freelance photographer living in Los Angeles.

Hi Sara. Please start off by telling us a bit about yourself - What is your background?

I was gifted my first camera by my parents at 8 years old. While it was mostly used to photograph dogs, paintings I liked in art museums, and Girl Scout camp, I really fell in love with photography in my darkroom class in high school. At 16 years old, I bought my first DSLR and joined Cultural Leadership, a youth group that followed the Civil Right Trail around the United States. This experience of documenting my own journey and discussing historical images from the Civil Rights Movement taught me how photography is an incredible tool for social justice. 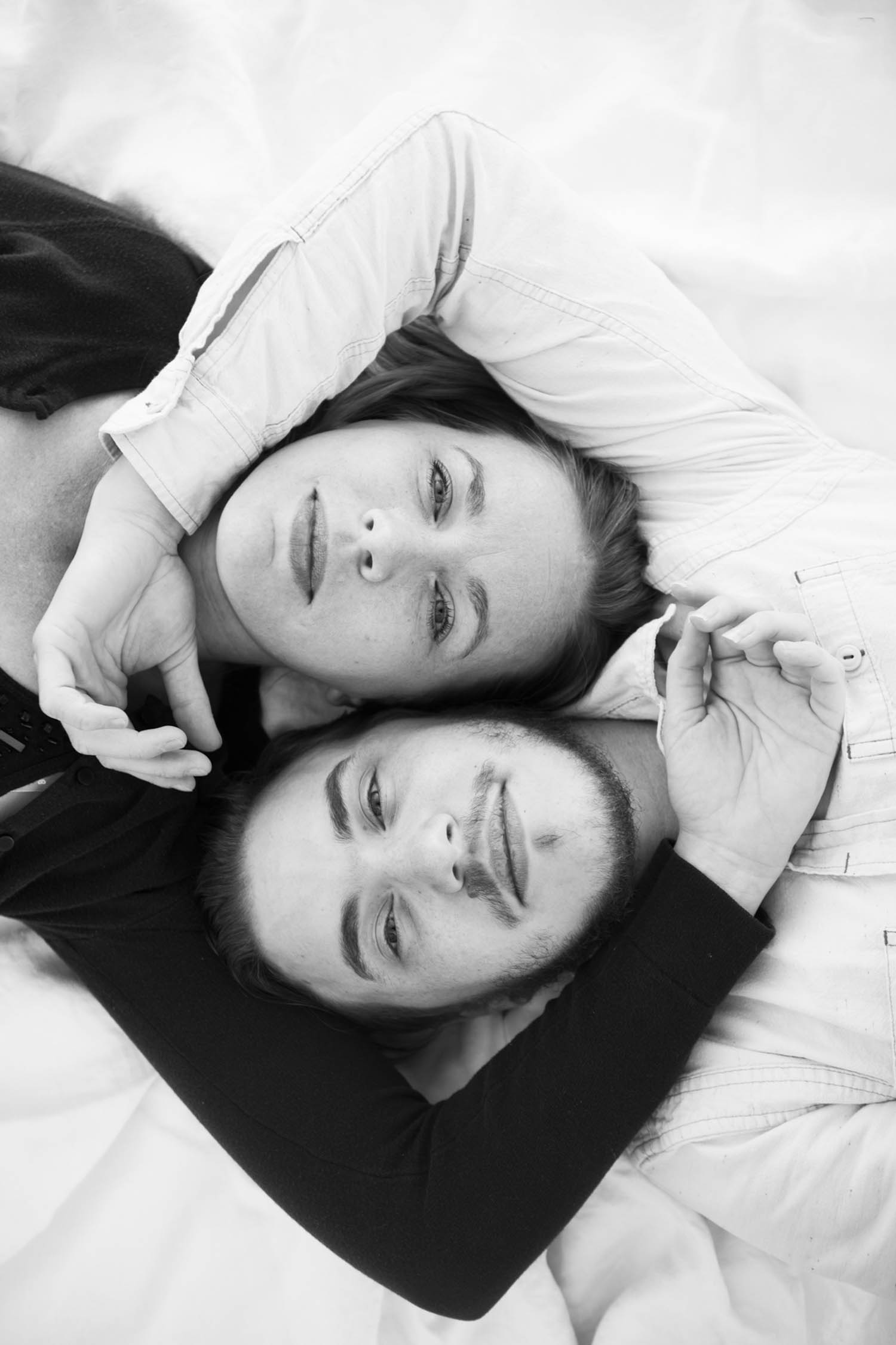 Talk to us about your project ‘In-Between & Outside’

‘In Between & Outside’ is an ongoing portrait-photography project illuminating gender identity and physical transformation across a broad spectrum of individuals, whether they be gay, straight, transgender, or anywhere in-between along the continuum of sexuality and self-realization.

‘In Between & Outside’ is inspired by many things—but it began with my desire to tackle my personal struggles with the expectations of women. This evolved into an exploration into the gender binary and gender identity. Cultural anthropology challenged my perceptions of “normal” and ingrained (Western) ethnocentrism, especially when it came to learning about practices from different cultures all over the world.  I began challenging the mainstream ideals for women and men through portraiture and reached out to anyone I could to hear their thoughts and share their story.  While I had a few friends in high school that were transgender, I knew very little about the gender binary. It was through meeting and photographing different people that I really learned how expansive gender is.  I began IB&O in 2010 in New York, and continued it in St. Louis post-grad, and now in Los Angeles.  Doing this work has really affected me, and I am so grateful to the people who helped educate me.

You described your work with Harrison in ‘Hayley to Harrison’ as art therapy for you. What benefits do you think photography provides yourself and your subjects?

Photography means so much to me. It is calming and meditative—I am forced to slow down and acknowledge the world, it is my memory—preserving my past and documenting my present, and it is one of my favorite ways to connect with people.   When I do my personal work, I feel like I’m making a difference and fulfilling my purpose in life.

I didn’t realise the benefits photography had for subjects until they told me how it felt to be photographed for the first time as their true selves, and how beautiful it made them feel. Everyone’s experience in front of the camera is different, but I began seeing how important it was to give people a voice when no one would listen. 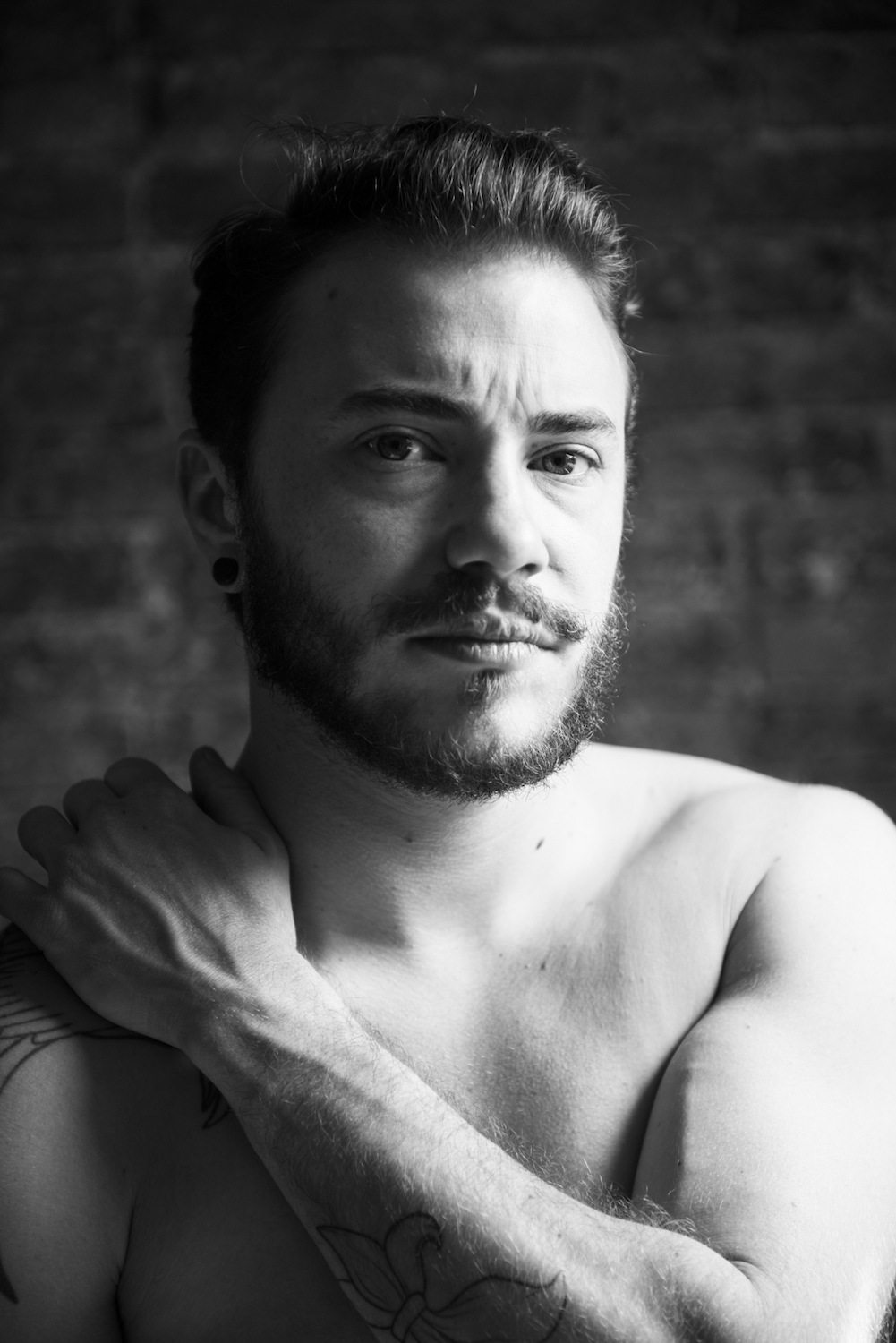 What are your next steps/what would you like to see next from ‘In-Between & Outside’?

In-Between & Outside began as a project about individuals, but I plan to focus more on people’s communities in their narratives- including friends, family, mentors--anyone who is an important part of their life. When I began ‘In-Between & Outside’, most individuals I encountered did not have a lot of support, and it was more about their struggle. I want to create a broader picture that shares the lifestyle and community of people of all ages from different ethnic backgrounds.

Talk to us about your series ‘Fragments of Ferguson’, such as how you met and chose your subjects. Why did you choose to document this active/lively movement through still portraiture?

After the death of Michael Brown, I read countless news articles every day about what was happening in St. Louis to keep myself informed.  I took notes on articles and logged names of people that were actively protesting in St. Louis, as well as following people on Twitter.  This is how I initially began to connect with people, and then I would ask those individuals to refer me to others.

My goal is to represent the diverse community in the movement who are fighting for change by including all ages and generations, genders, races, and ethnicities. I want to show the humanity of the protesters and shift the narrative by sharing their stories and experiences in their own voices. People have sacrificed so much by being present and going against the system, risking their jobs, physical and mental health, even education, and they need to be heard. 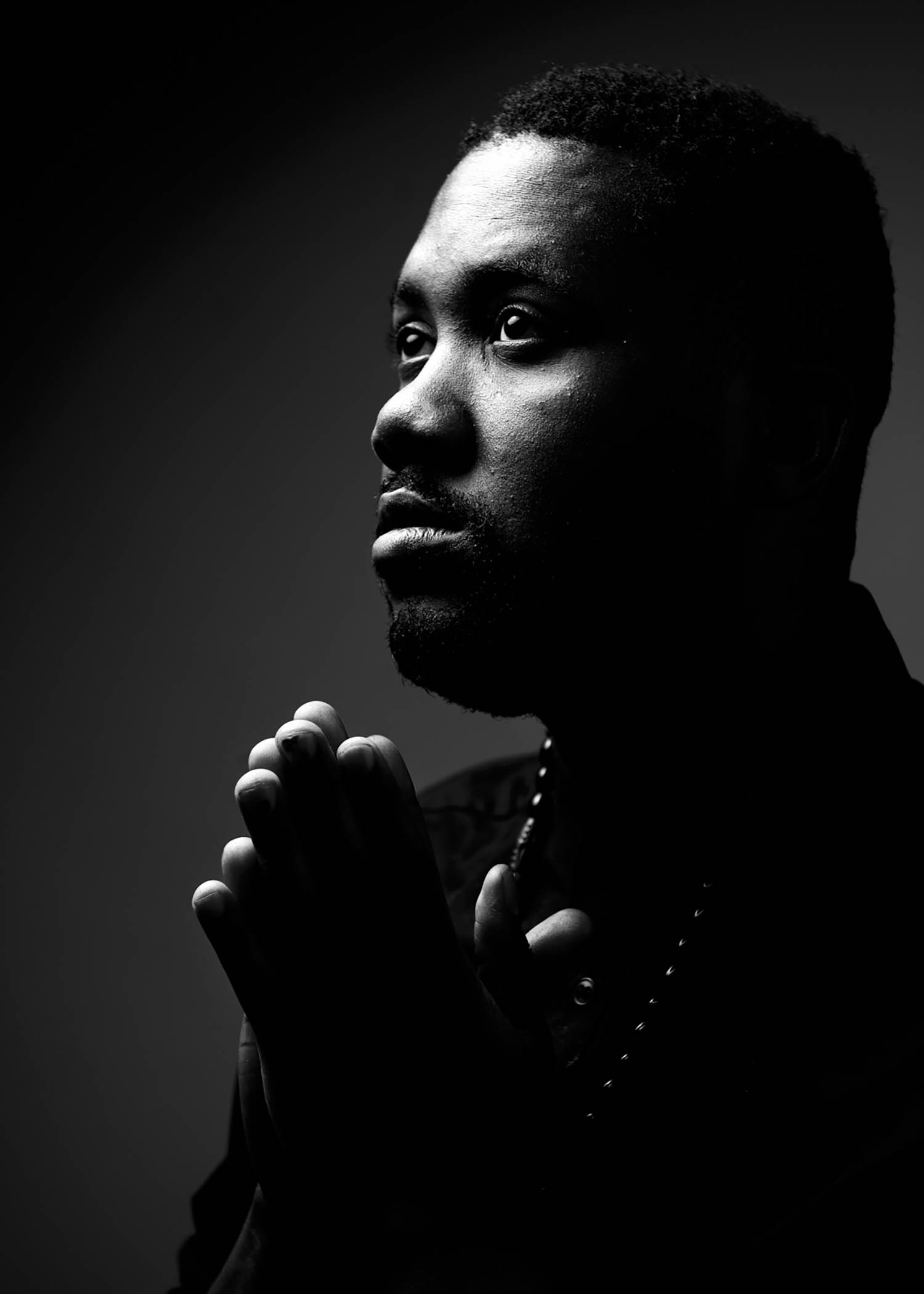 On your blog you wrote about attending the Eddie Adams Workshop and the warmth of the community. What benefits are there from being surrounded by a photography community?

To be surrounded by passionate and creative artists is incredibly freeing and exciting; it inspires you, pushes you, and liberates you. I loved being in photo school—the invaluable critiques, witnessing my peers tackle unique projects, and the genuine feedback.  Everyone was there to help each other, whether it’s assisting on a shoot or editing a project. If you have a photographic community, you have a collective of creative minds inspiring each other. This helps push artistic boundaries and opens up new ideas.

I believe photography can create empathy between people who may never share space, so my first priority when photographing is to make people feel comfortable and remind them of their beauty. Once they are comfortable with the camera, the story will unfold in time. 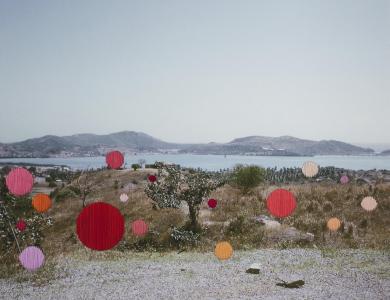 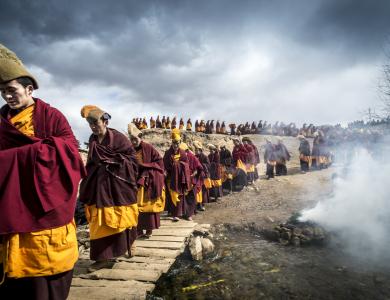