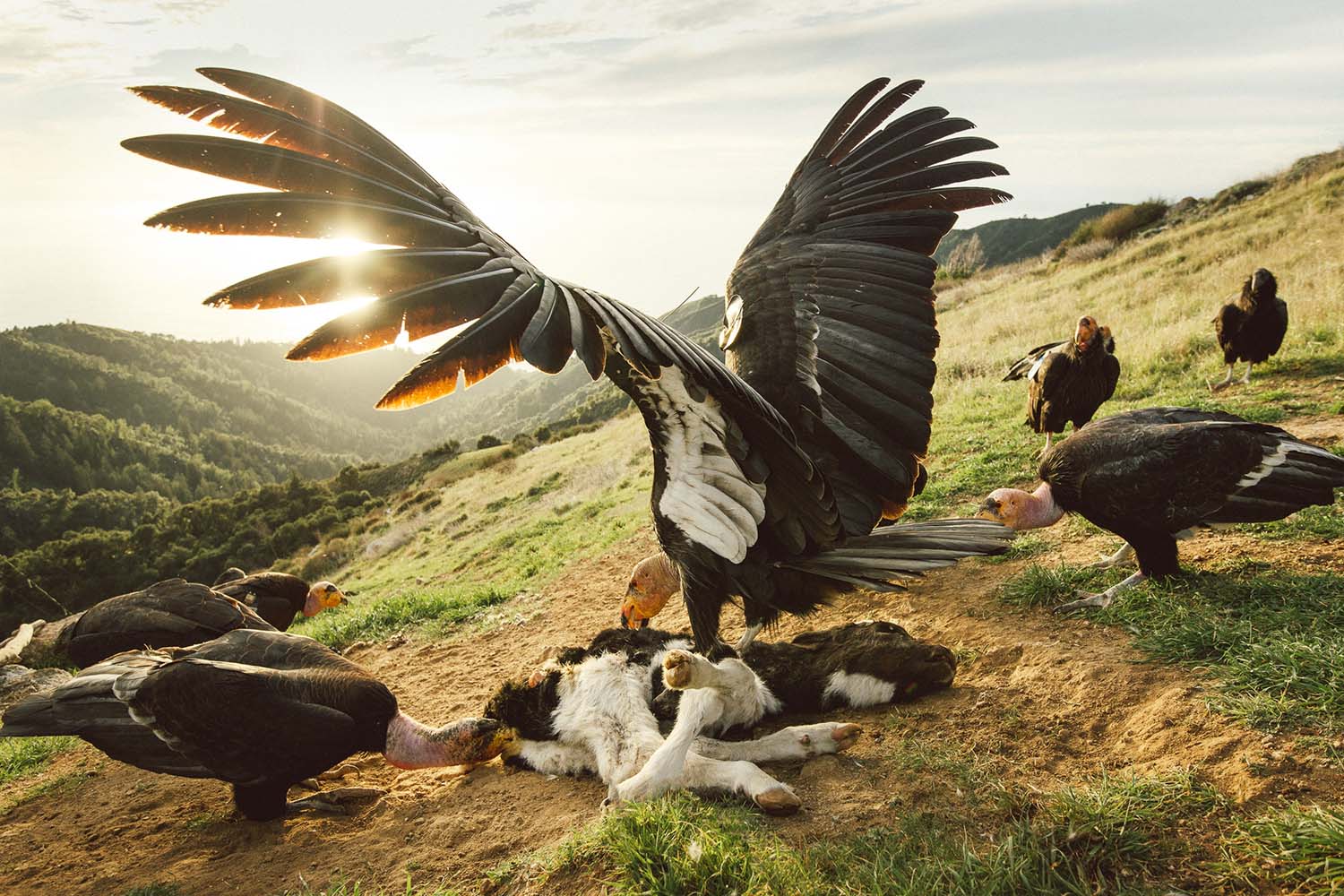 Feeding California Condors - A flock of California Condors feeds on a stillborn calf. Condors, though held as a success in the conservation community, remain on life support due to the threat of poisoning from lead ammunition. © Kiliii Yuyan

Kiliii Yuyan is an indigenous photographer (Nanai) whose work is dedicated to Native cultures and natural history. He has worked alongside Iñupiat whalers in the Arctic, Anangu aboriginal hunters in central Australia, and the Inari Sami reindeer-herders in Finland. Kiliii is also one of the last traditional kayak-builders. Through photography, his work tells the stories of the voiceless people, wildlife, and the changing land.

Kiliii’s work has been awarded by PDN, CommArts and Siena International Photo. His clients include National Geographic Traveler, The Nature Conservancy and Outside. In 2016 he was shortlisted in the Professional Still Life category of the Sony World Photography Awards for his series taken at the Monterey Bay aquarium.

Kiliii spends the majority of his time above the Arctic Circle or on the ocean at the wild edges of our world.

Hi Kiliii. Tell us what you’ve been up to since your success in the Sony World Photography Awards

I’ve been working on a multi year story for National Geographic called ‘People of the Whale’, about the Arctic Iñupiat, a subsistence culture that hunts whales from skinboats. Being immersed in that culture has been a tremendous privilege, and has bought me insight into my own heritage as a Nanai, or Russian Native. 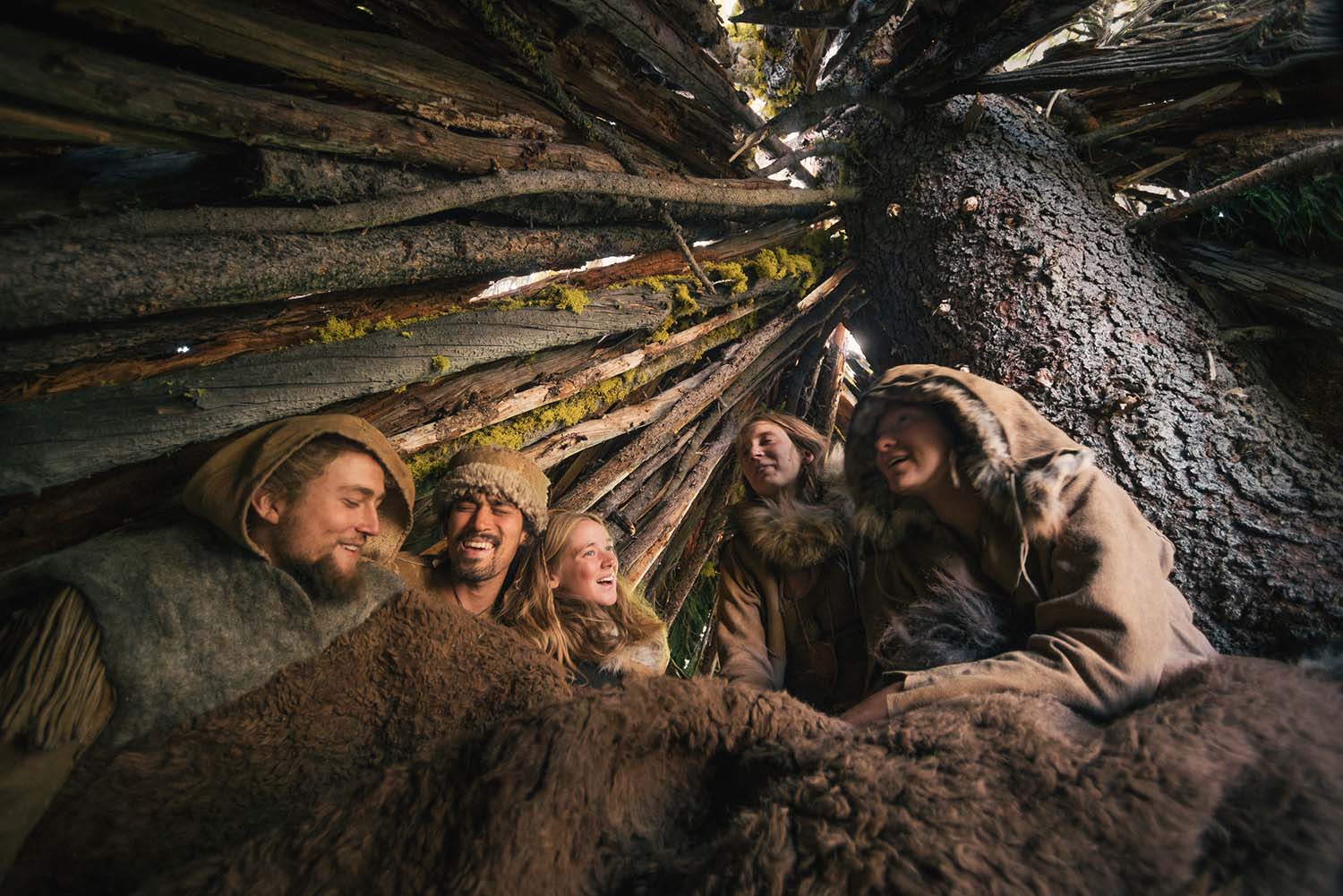 Tired from two long days of dragging logs to build a rain shelter, the Living Wild group bursts into a spontaneous moment of song. Though the primitive life is physically difficult, it is often punctuated by moments of beauty like this. © Kiliii Yüyan

I am one of the last traditional kayak builders. Long before I was a photographer, I was interested in the culture and traditions of my grandmother’s people, the Nanai, and that of other northern Native peoples. I would say that this is partly because I found myself divorced of my culture, growing up in the US far away from my ancestral lands. There in my imagination the heroes of my grandmother’s stories lived. I found myself drawn to traditional ways of subsistence, particularly with fishing and boats. When I finished my first traditional skin-on-frame qayaq, I was hooked. I wanted to paddle, camp, fish and build boats forever.

As one of the last kayak builders, I find myself also in a position of responsibility - to help keep this important part of Native culture alive, and to be a keeper of what little knowledge remains of qayaq-building. ‘People of the Whale’ began because I knew that the Iñupiat of North Alaska still paddled umiaqs, the big brother of the kayak, and hunted from them. That was my entry point, my interest, in learning not just about the craft of the skinboat, but about the last culture that has used skinboats in an unbroken lineage for several thousand years.

All of this dovetails with my other self as a photographer. It came right at a time when I had removed myself from the world of commercial photography and was pursuing documentary. I pitched the story to National Geographic, and thus began my three year immersion in Iñupiaq culture. Since then, the Iñupiaq village of Utqiagviq has become a second home, and my Iñupiaq friends a second family. In a sense, ‘People of the Whale’ forced me to step up as a photographer because suddenly I found myself with a subject I cared about deeply, and understood more than an outside journalist could. The real challenges came from learning how to craft the beautiful images I was already known for, from the real-life situations of an Arctic subsistence culture. It is at once far more difficult and infinitely rewarding. And here’s the sad but important truth: indigenous cultures have little to no voice, yet are affected by the outside world in dramatic ways. It’s my job as a photographer to bring an accurate and empathetic portrayal of the communities I work with to the people whose minor decisions impact them so much.

The question of wildlife is intimately related to the changing land. The important and overlooked issue here is habitat. As human population keeps growing and it continues to increase consumption, all the lands left to wildlife are being developed. This is not something people talk about much, because it is a difficult problem. Nonetheless, I find it important to highlight how proper stewardship of land in populous regions can help wildlife, and how setting aside land for conservation is increasingly the best solution to our crowded world. That’s where my work with Nature Conservancy goes, and why I choose stories that incorporate wildlife and human interaction. 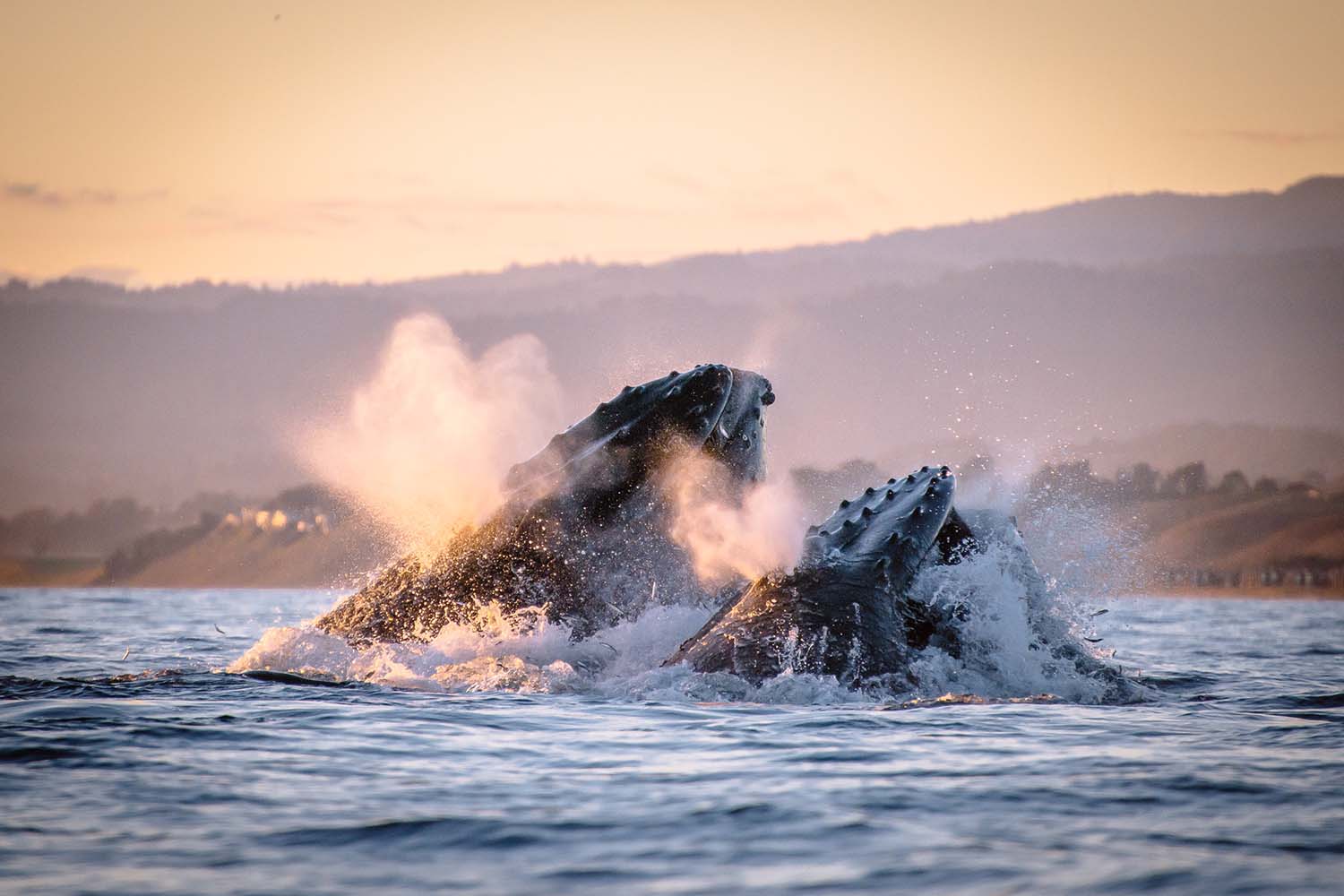 A humpback whale and calf lunge out of the water as they feed on anchovies in the rich waters of Monterey Bay. The abundance of life here so close to California's population centers is due to the deep sea Mariana Trench. © Kiliii Yüyan 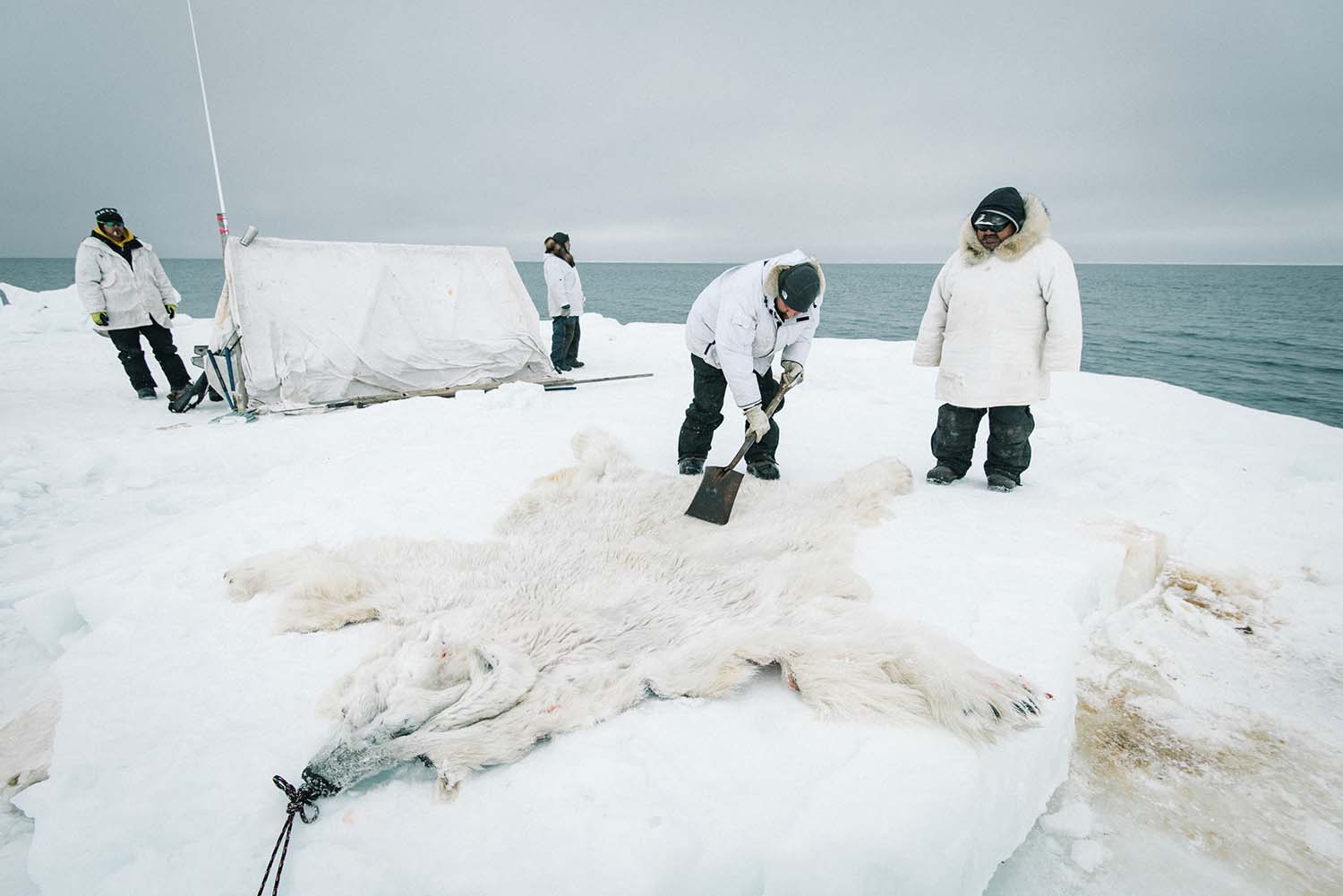 This Iñupiat whaling crew is camped along the edge of the sea ice, where they are cleaning the hide of a polar bear that had attacked them the previous day. Many Iñupiat believe declining sea ice is responsible for starving bears. © Kiliii Yüyan

Photography means so many different things in its respective genres. As a journalist, I find that documentary photography has an incredible power to present a story, particularly when combined with writing. It’s no coincidence that to this day the most respected journalism remains photography and writing, rather than through newer mediums like video or virtual reality.

I believe photography, by the nature of its limitations, can force a viewer to stop and think and search for meaning. It is much harder to feed your own ideas to a viewer of photography than a viewer of video. There’s more room for interpretation. 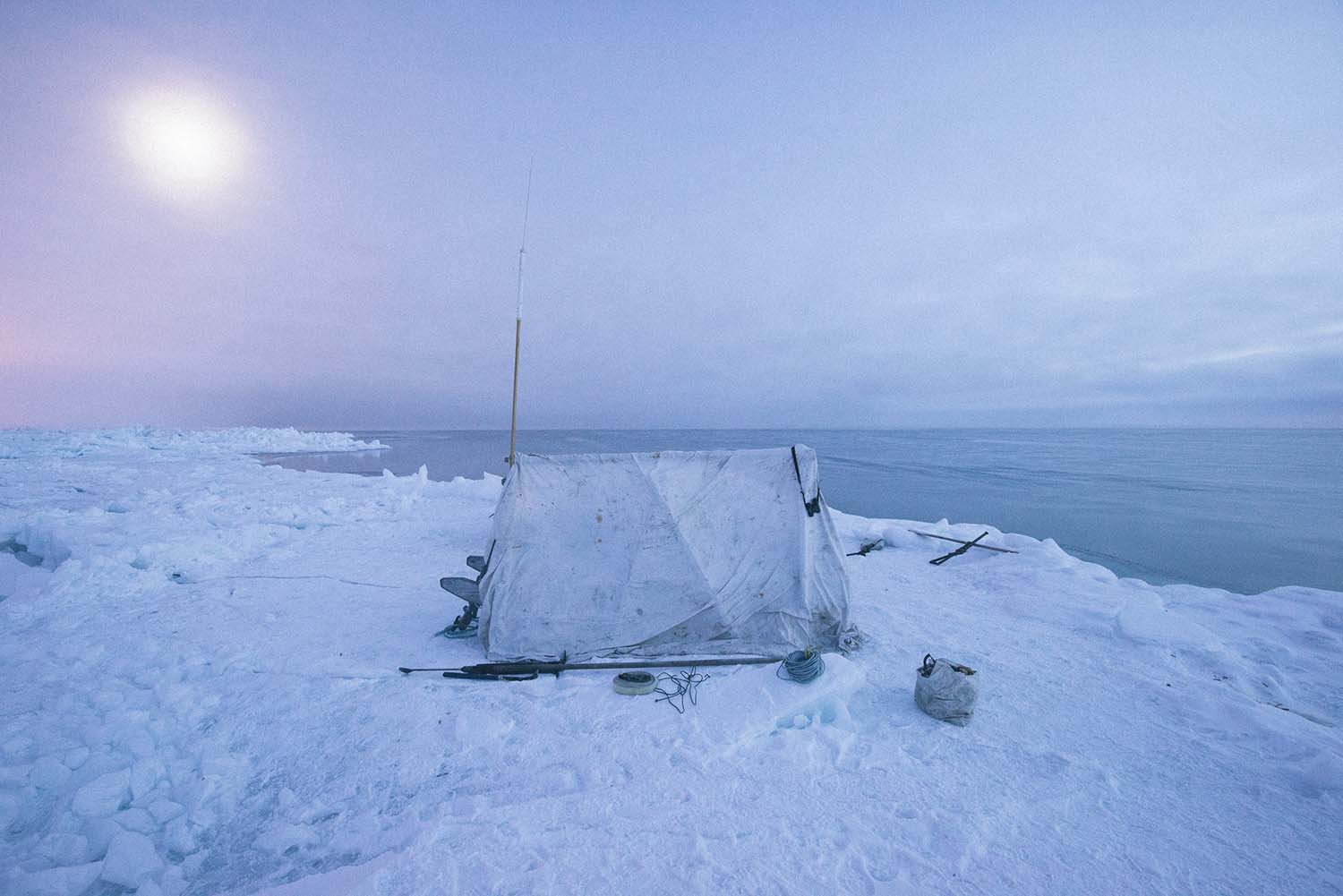 High above the Arctic Circle on sea ice a mile from shore, an Iñupiaq whaling crew watches from a blind for a passing bowhead whale by the light of the moon. © Kiliii Yüyan 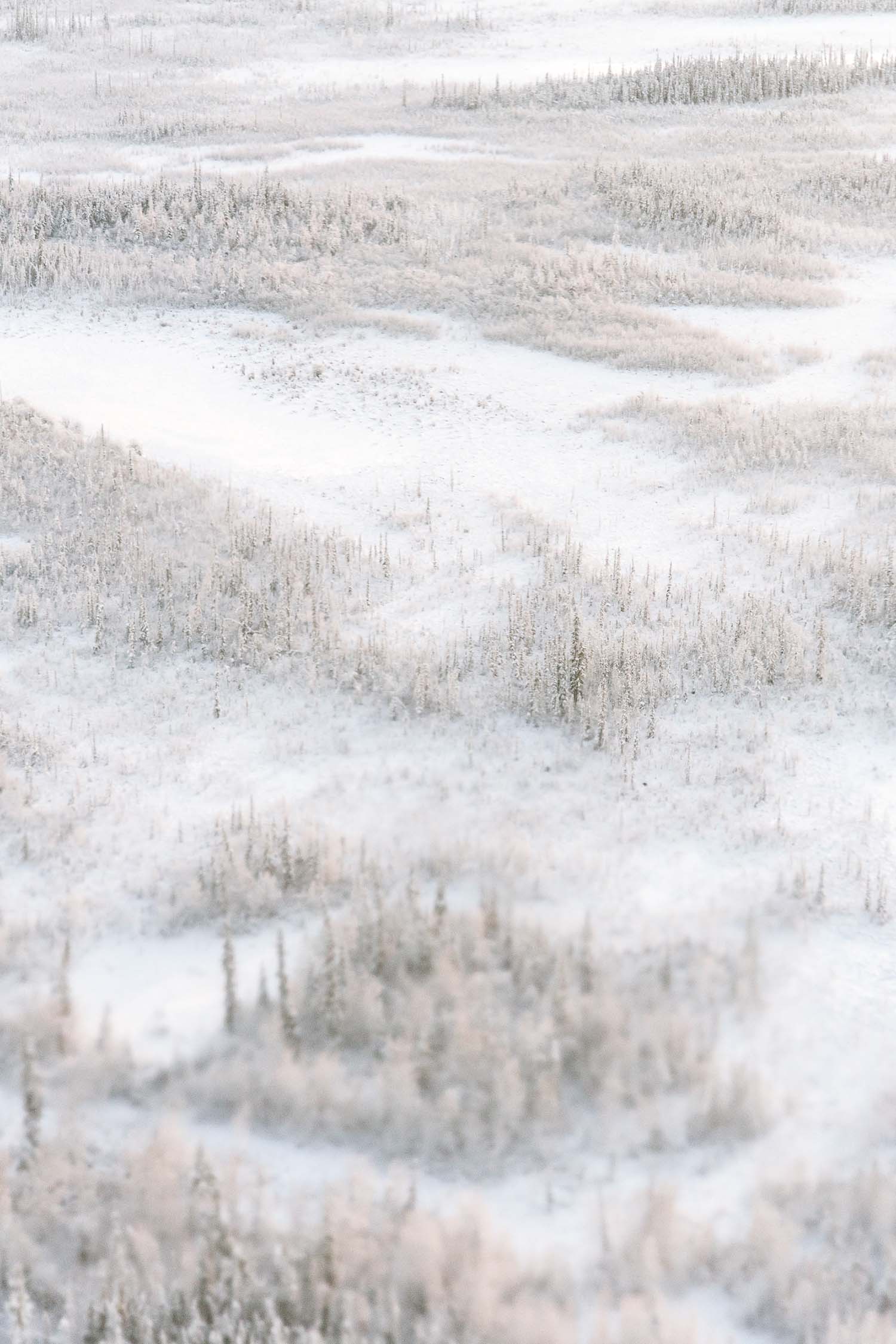 The early snows of autumn already coat the scattered taiga of Alaska's northern boreal forest. Here, close to the treeline, is an important transition zone for Arctic species like caribou. © Kiliii Yüyan

To tell the stories skillfully and beautifully, but not censor the way that I see the world.

Right now, I am just working on a film short of ‘People of the Whale’, and am planning my next project with the Nenet community back in Russia. The Nenet are a nomadic reindeer-herding culture, and their environment is quite similar to North Alaska. I am hoping to eventually work with the Native cultures across the Arctic to see how they are changing during this critical time of climate change, globalization and oil exploration.

I am also working to do more underwater work in Arctic regions, so that I can show the amazing life that inhabits there and how humans affects it. 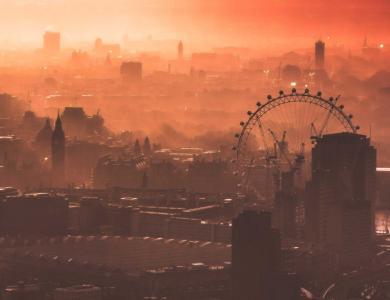 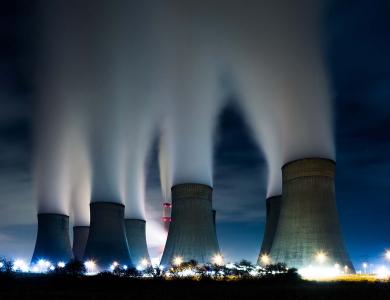 Striking images of nature and architecture, from London to Iceland