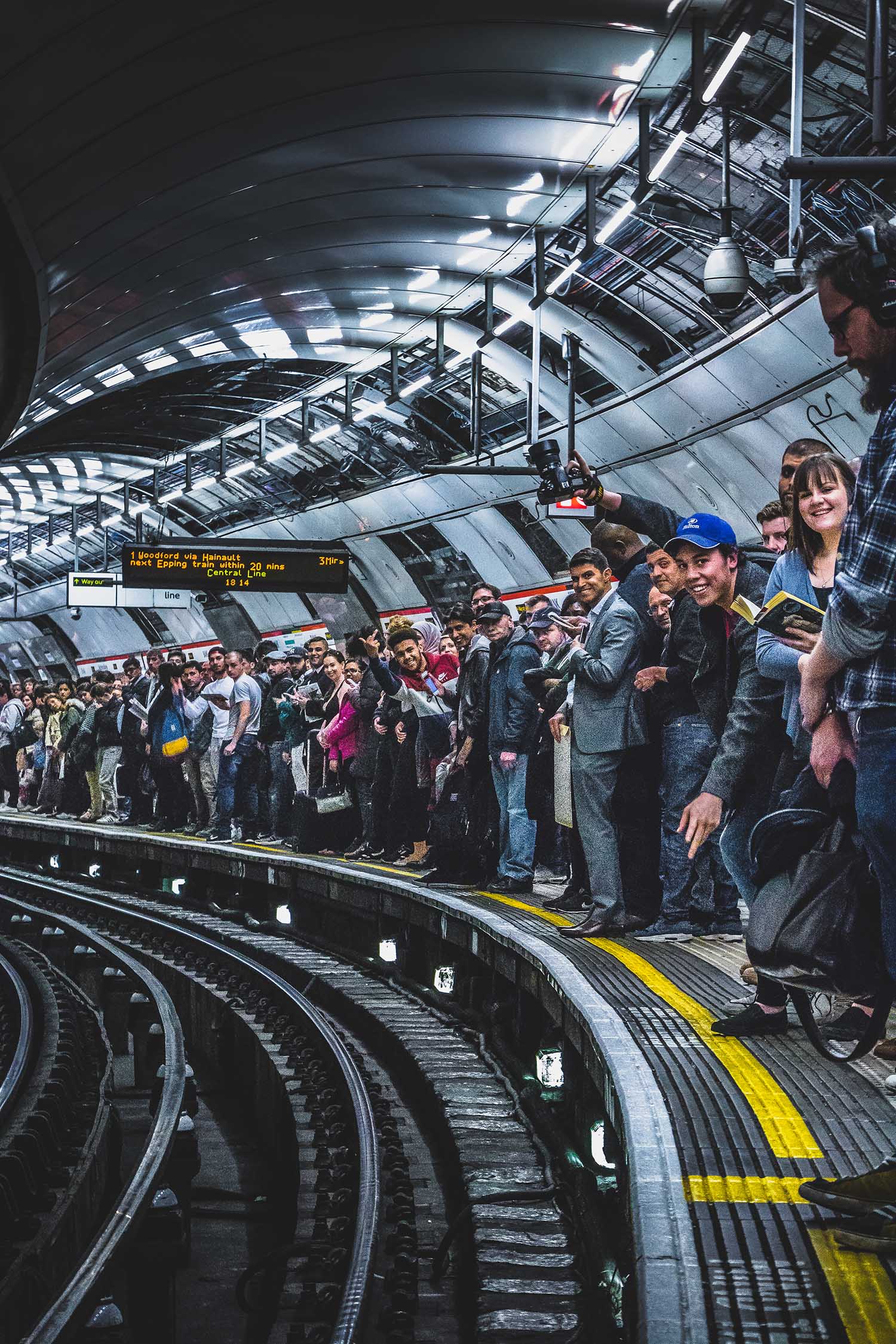 Luke Collins (33) was born in Tunbridge Wells and grew up in rural England. Having studied Political Science at The University of Southampton, it was a battle with Lymphoma at the age of 26 that led him to retrain as a nurse in 2011. Now working at one of the most prestigious hospitals in the UK, Luke spends the majority of his spare time with friends who share his passion for photography.

New to photography, Luke has captured the spirit of London and its people through his commuter series, earning him the top prize in the 2017 Evening Standard Competition, in association with @London and @WorldPhotoOrg.

Hi Luke. Firstly, talk us through your @London winning image. How did you capture this amazing shot?

Having used London Underground’s Bank station countless times, it became clear to me that the curve of the Central Line platform would make for a superb picture. Building on the idea, I envisaged a packed platform full of commuters engaging with the camera. What better reason to try it, I thought, than the @London competition. One afternoon, I enlisted the help of three friends, also amateur photographers, with whom I was able to get the winning shot. We arrived at Bank and after what seemed like an hour of umming and ahhing, the critical moment came and I just didn’t have the guts to address everyone in waiting. The trains were also coming too rapidly, therefore the platform kept dissipating too quickly but a 4-minute gap between trains presented the perfect moment. It was at this point my friend Elliott, took it upon himself to stand on platform chairs and assertively address the people, of which there were hundreds, telling them of our plan and asking them to pose for us. The platform fell silent. But after a few shots and a few seconds of bemusement on their part, we got an amazing set of images. Elliott is the true hero of that day. 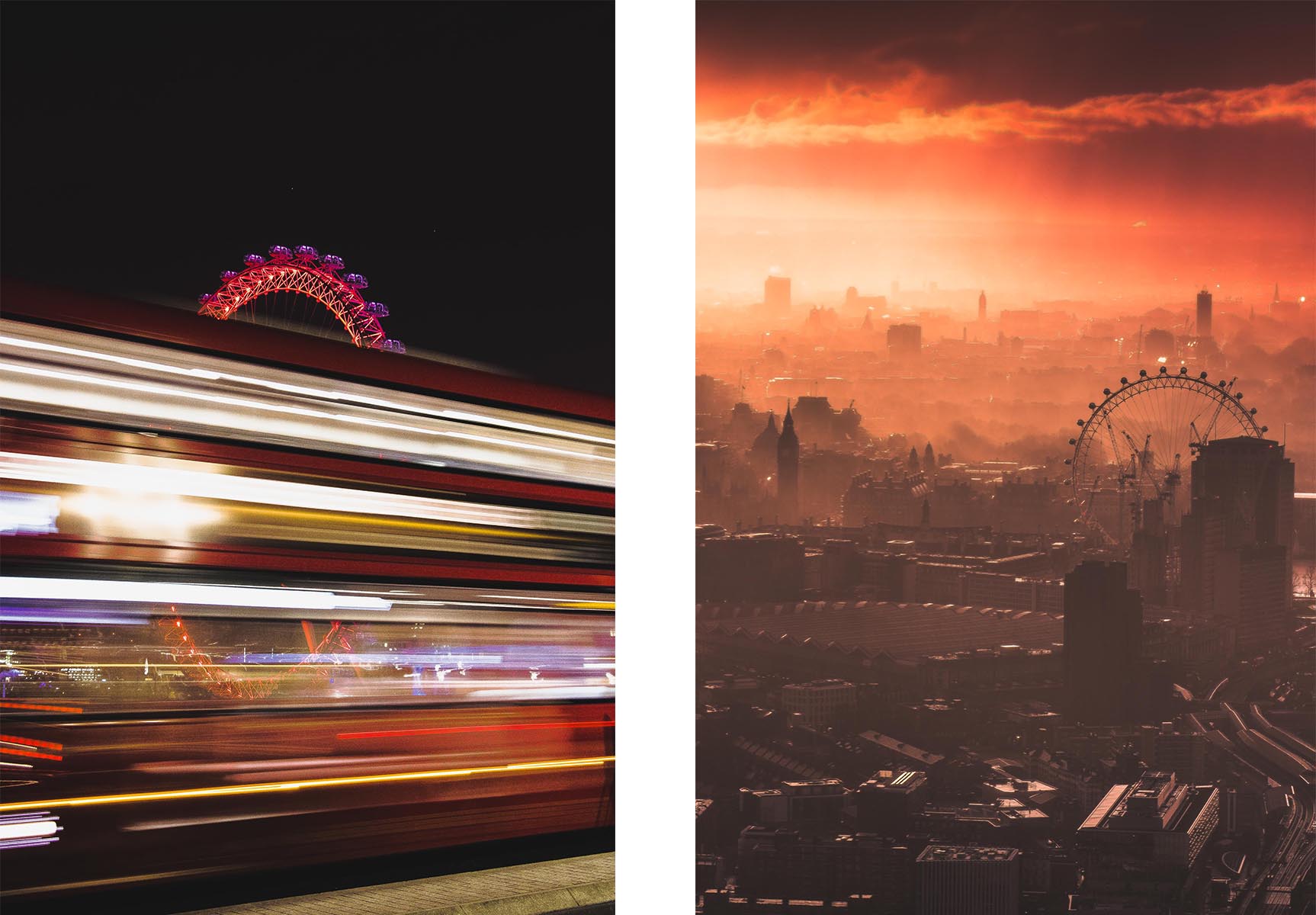 Tell us about your relationship with photography. When did you start, what are your aims and objectives with your work?

I have always had a keen eye for a nice picture. And with the advent of ever-improving camera phones, I would often be snapping away and uploading the pictures to my personal Instagram feed. It was only at Christmas last year that I decided to set up a photography-only Instagram profile under the name of @6stops and invest in my first DSLR. What an investment it was. Now, having come so far and learnt so much in such a few months, I’m now beginning to consider seriously where I would like to take my work. I can’t say yet whether I would like to become a full-time photographer and indeed which field of photography I would like to specialise in – but what I do know is that I am always in search of that one shot that can change everything. The power of one photograph can never be underestimated.

From where do you draw inspiration?

I wish that I could say my knowledge of photography greats was extensive but sadly it isn’t. It’s an area I am researching more and more however, with delight. There is so much incredible talent emerging on photo-sharing platforms such as Instagram and I have gained endless inspiration from photographers who use this medium as their primary portfolio. But truthfully, I gain the most inspiration from my friends, all of whom exhibit such talent and creativity that it never fails to astound me. They push me to create the best work I can. 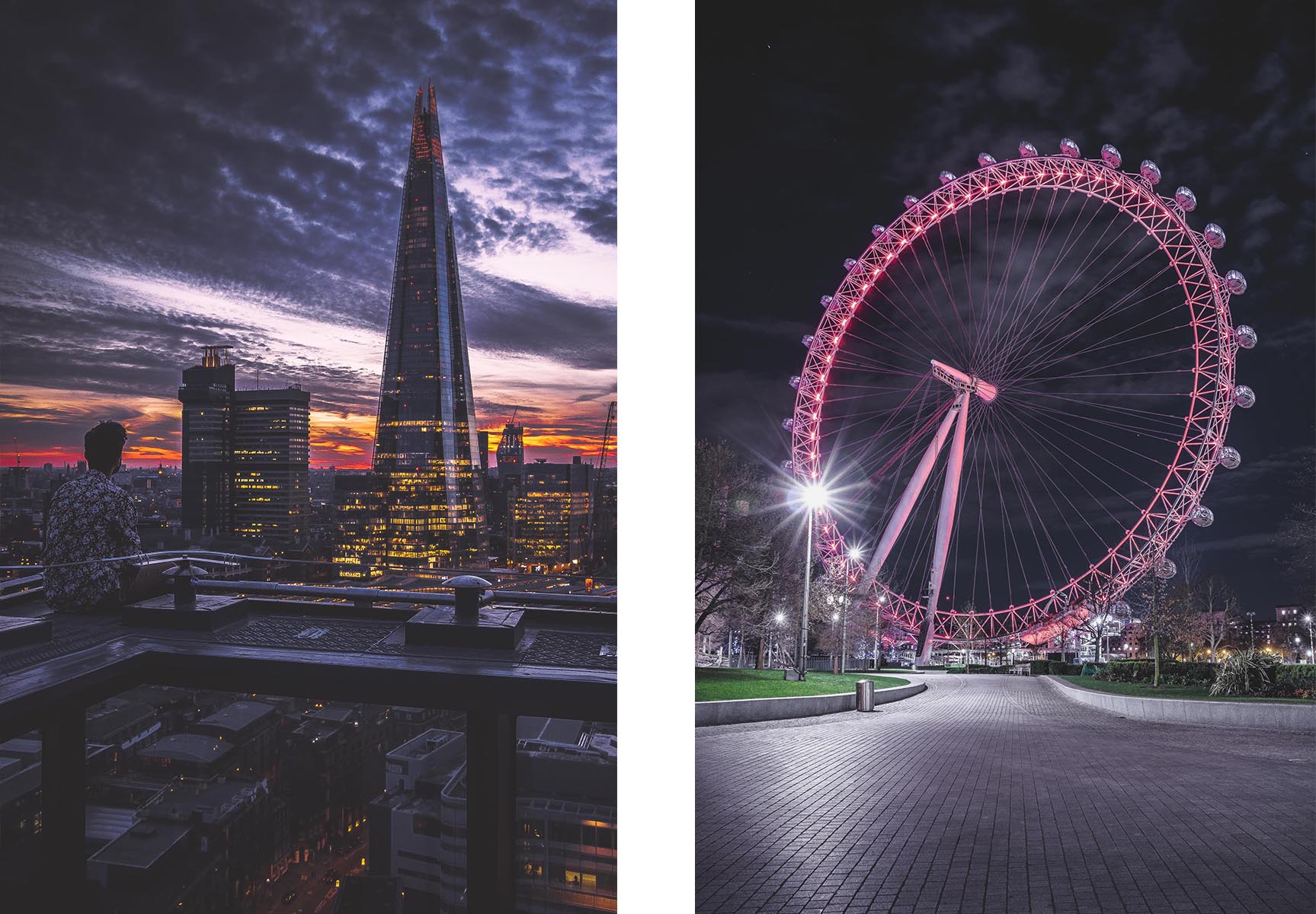 London is full of incredible places and buildings to photograph. Can you tell us about some of your favourite places to shoot in the city

Somewhere that I go to shoot all-too-often is the More London area leading on to Tower Bridge. There are just endless creative opportunities for capturing amazing pictures and I really do enjoy shooting against such iconic backdrops such as this infamous bridge and area of London. I like to get up high as much as possible as the panoramic views of London are amongst the best in the world, for me personally. With this in mind, shooting in and around the Canary Wharf business district is also high on my list of favourite places. 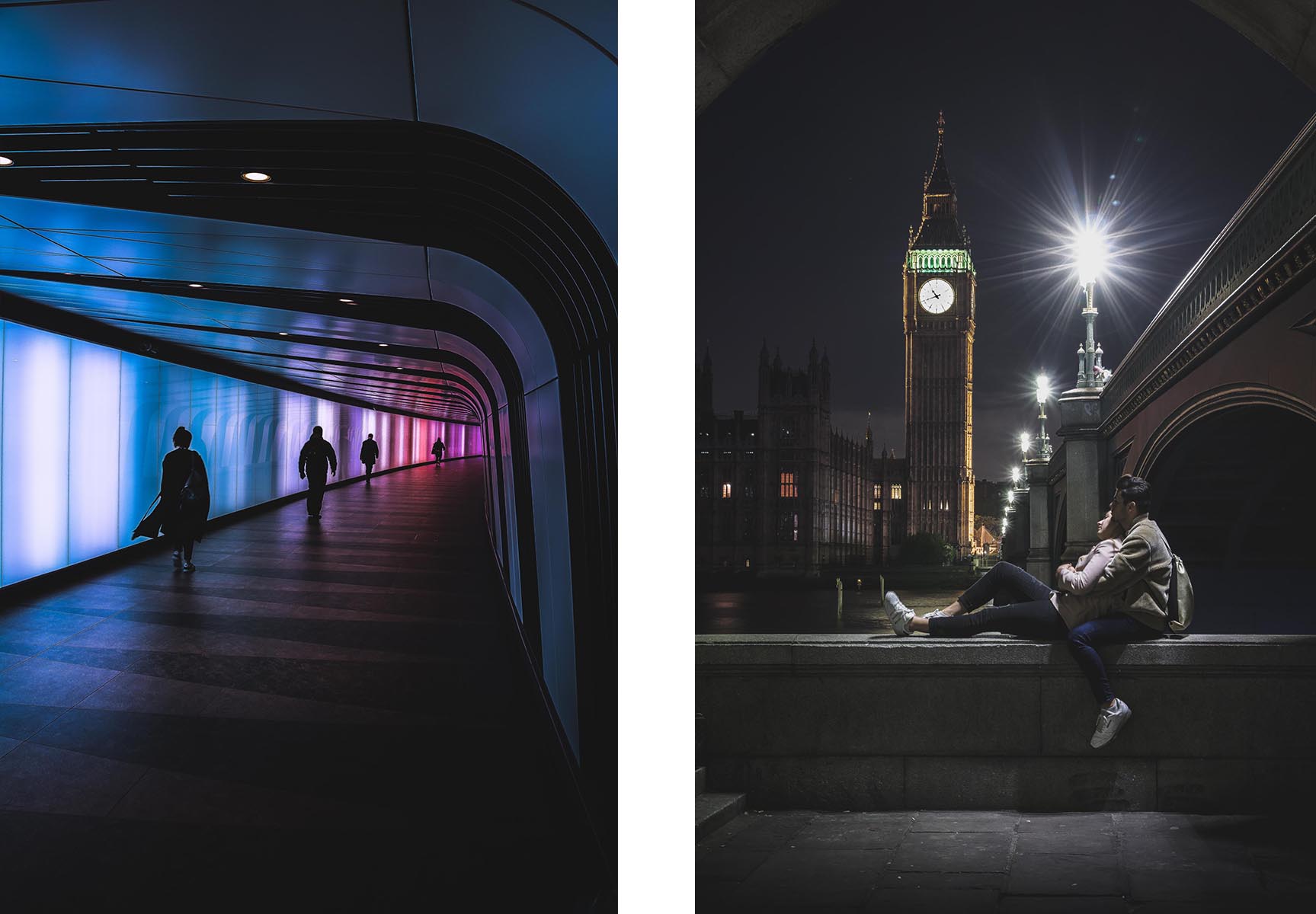 What top tips would you give for shooting in the city?

I would encourage anyone planning to shoot in the city to just explore. Don’t be afraid to get lost because every nook and cranny offers something you can surely work with. The diversity of the population, the ever-changing scenery, the lights, the architecture old and new – it all offers a lot of possibility. Conversely to this, if at all possible, I would also recommend arranging to shoot with someone who knows the city very well indeed. This way you’ll increase your chances of getting to that viewpoint that not many people know about or that spot by the river that leads to a hidden gem. Local knowledge is always advantageous. Above all however, although not all personalities lend themselves to this ideal, collaborate at any given opportunity. The work that you are able to create with the help of others can be truly wonderful. 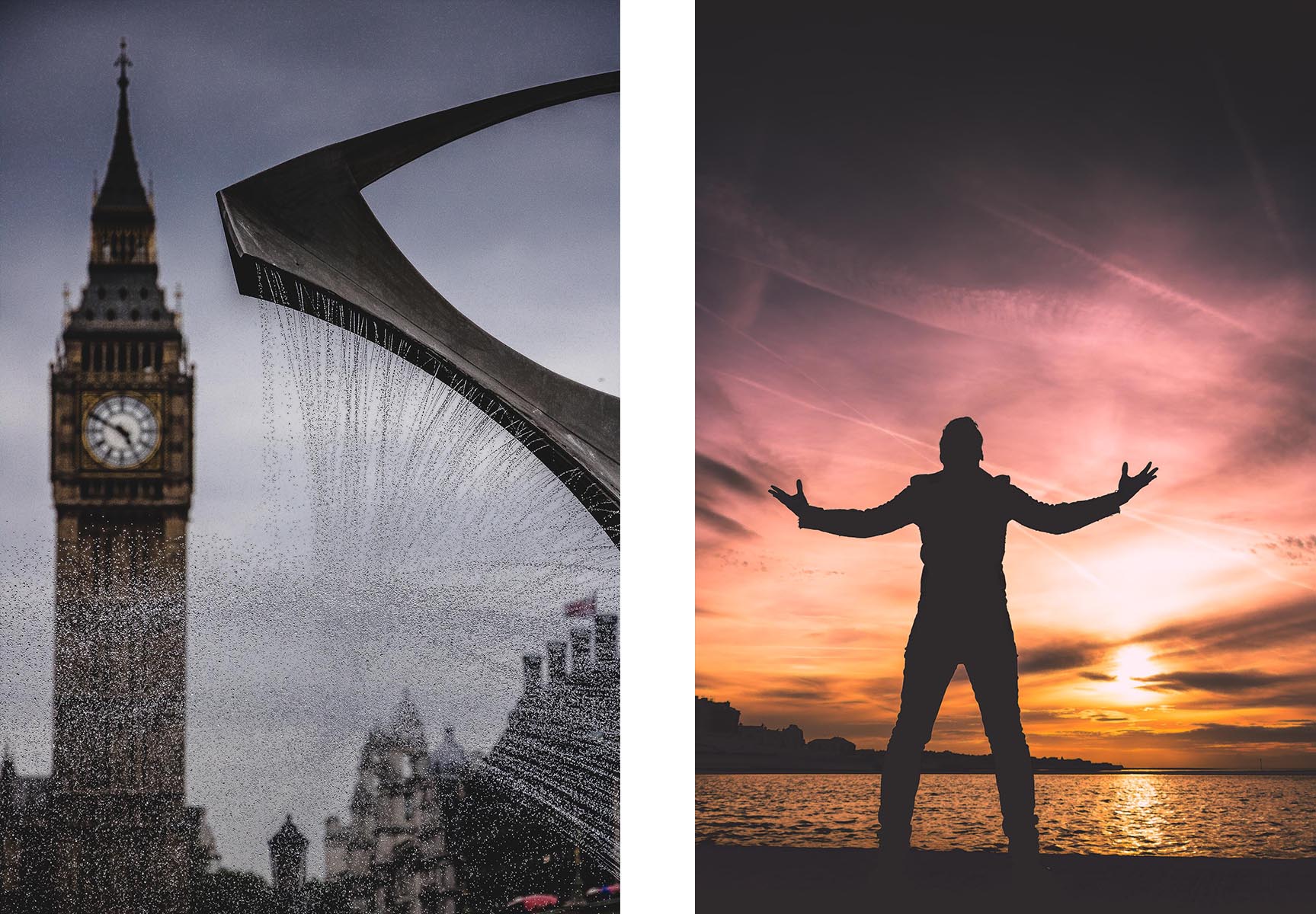 In art, I believe that there is no right or wrong. Of course there are commonly accepted principles and dictates in most art-forms but at the end of the day it really is entirely subjective. Therefore I try not to be constrained or restricted by rules or parameters. If I believe in something that appears at first to be unbelievable, if I have a vision that seems outlandish, if I think something looks visually appealing when others might not, I’ve learned to trust my instinct and not look back. Believe in yourself and your vision. You’ll never please everyone. 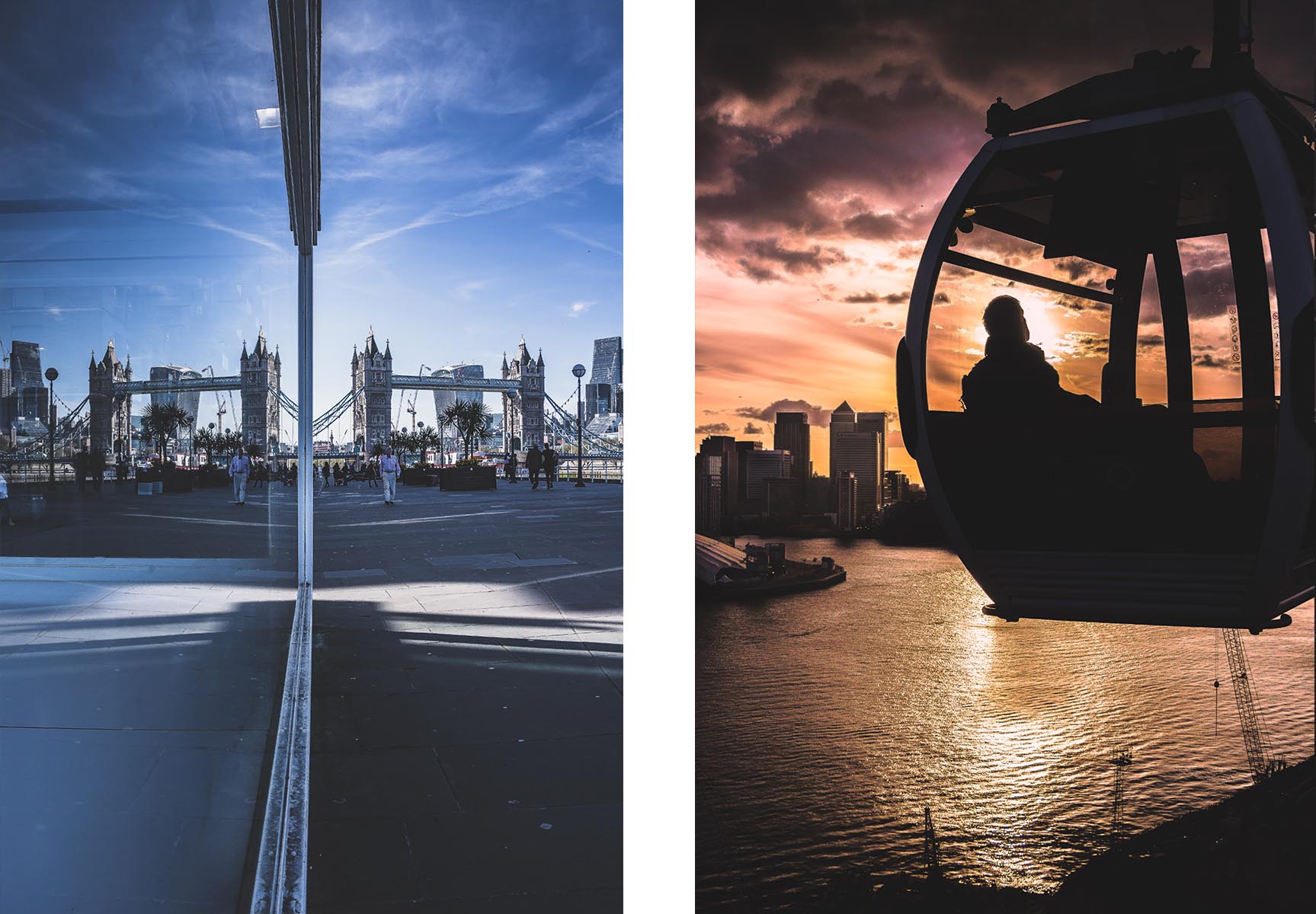 In the short term, I’ve realised that a website through which to properly showcase my work is essential and so this will be set up in coming weeks. Keep your eyes peeled for that! I’m still very new to photography and although I have received an overwhelming wave of support for my work in such a short space of time, my technical knowledge is still somewhat limited and I’m still exploring different styles of shooting and editing. I have a few projects in mind, including a continuation of the commuters caught on camera series but in the longer term, I am certainly considering professional services. Honestly, I just want to change the world with my photography, no big deal! 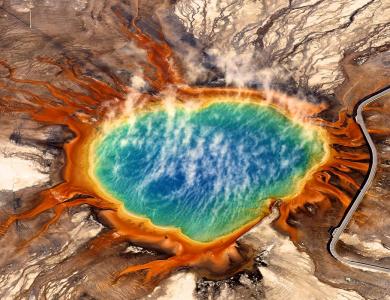 15 of the most sensational Nature & Wildlife images 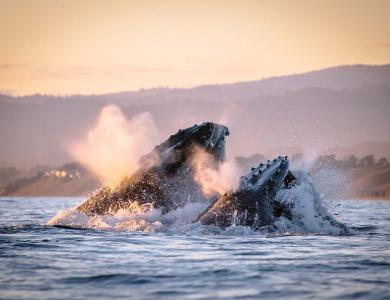