Beyond the Frame: Peter Brooks

Peter Brooks shares his experience and conversations with the Red Rebel Brigade in London late last year for this week's Beyond the Frame. 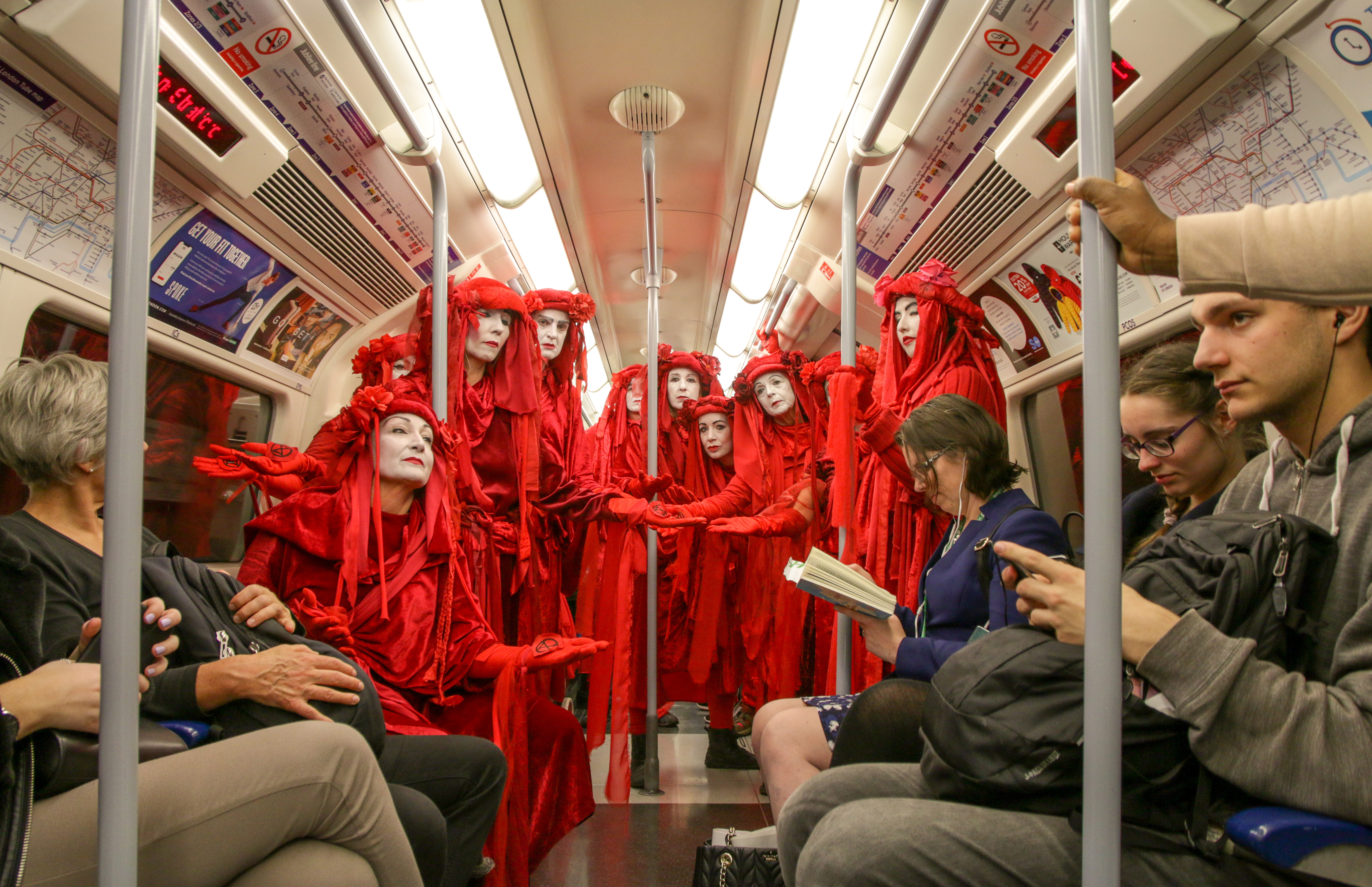 ‘I tell you what’s interesting, after I left here today, where everyone had been staring and taking a photograph, just to put on normal clothes and suddenly go on the tube and be invisible is a very odd feeling.’ - Red Rebel

Crimson fists raised, staring ahead, the Red Rebel Brigade cut a stark contrast to the grey depths of Westminster Underground Station as they descended past steel beams and buttresses. Stepping forward slowly, with red robes flowing, the Reds board onto a carriage. Glass safety barriers flickering in reflection. Late commuters lookup. One gasps. Some give a small smile to themselves. Another unlocks his phone as a distraction and keeps reading, fervently. Another person strikes up a conversation with me: ‘What is this for?’

I tell the commuter we’re heading home. It’s been a long day of supporting Extinction Rebellion activists during their two week occupation of Westminster. The activist group took their demands to the heart of the government in London, October 2019. Rebels held squares and streets by locking themselves onto self-build structures, hearses or simply each other.

‘You’re channeling love. You’re open to everything. Most of all I was just thinking that I loved every single protester, every single person [activist wells up]. Sorry, it’s emotional.’ - Red Rebel

The role that the Red Rebel Brigade occupy is to support and witness protest. Flitting from one site to the next, the appearance of the Reds would draw cheers from activists, disbelief from the public and, eventually, dread from the police.

Ten minutes before we boarded the tube, the Reds were doing just that. Rebels were holding Parliament Square and the Reds had just met them, silently. Supporting and acknowledging the ‘arrestables’. They held hands, made eye contact, tears shed on both sides. Blue uniforms disturbed it, emerging from the evening gloom. Rights were read and activists were arrested.

‘There’s something incredibly powerful, especially in volatile, chaotic, high-tension protest situations, about inviting people to slow down. Inviting them to connect with their hearts, to give them permission to feel, to call them back to love.’ - Red Rebel

The Reds and rebels raised their fists high. Slowly as ever, the Reds moved to meet the police. Walking along the cordon, each performer found their unlikely partner. Standing between activists and officers, the Reds make eye contact with police and stare. Early in the week, this would draw laughs. By the end, uniformed police were in tears. This was tense, and exactly the space where the Reds are needed. Their passive, peaceful movements give no reason for arrest. They de-escalate. Would it be the same for plain clothes protestors?

‘I always feel very peaceful, like super peaceful and sort of quiet. Probably the most peaceful and quiet I feel in life, in general. You know what you’re doing and you’re counteracting the environment you’re in. You’re the juxtaposition.’ - Red Rebel

It didn’t matter what camera I had that week. It could have been a phone, a discreet mirrorless or a bulky DSLR. Camera settings depended only on the conditions of the space and the pace of the performance.

What mattered was spending time with the Reds. By learning their performance and studying people’s reactions, I could document their impact. By conversing with them afterwards, I could understand what they might be thinking the next day, and what needed to be photographed.

‘There is often this moment when people chuckle, laugh or say what the ****. Then they catch your eye, and their breath gets stolen just for a moment. An air of not understanding everything yet being entranced. It’s really strange to carry all that eye contact with strangers, but I love that connection.’ Red Rebel

Communicating solely through emotion, rather than chants, signs or debate, is a unique position the Red Rebel Brigade holds. As one Red said, they ‘Will keep doing this, showing up until people listen.’ 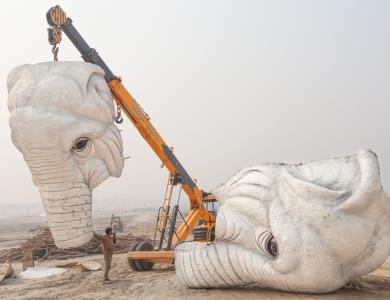 Beyond the Frame: Massimo Gurrieri 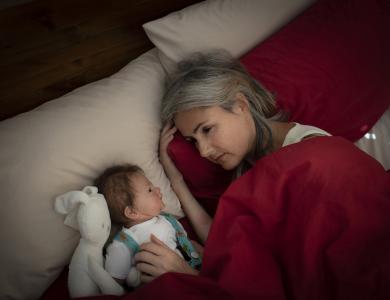 Beyond the Frame: Didier Bizet