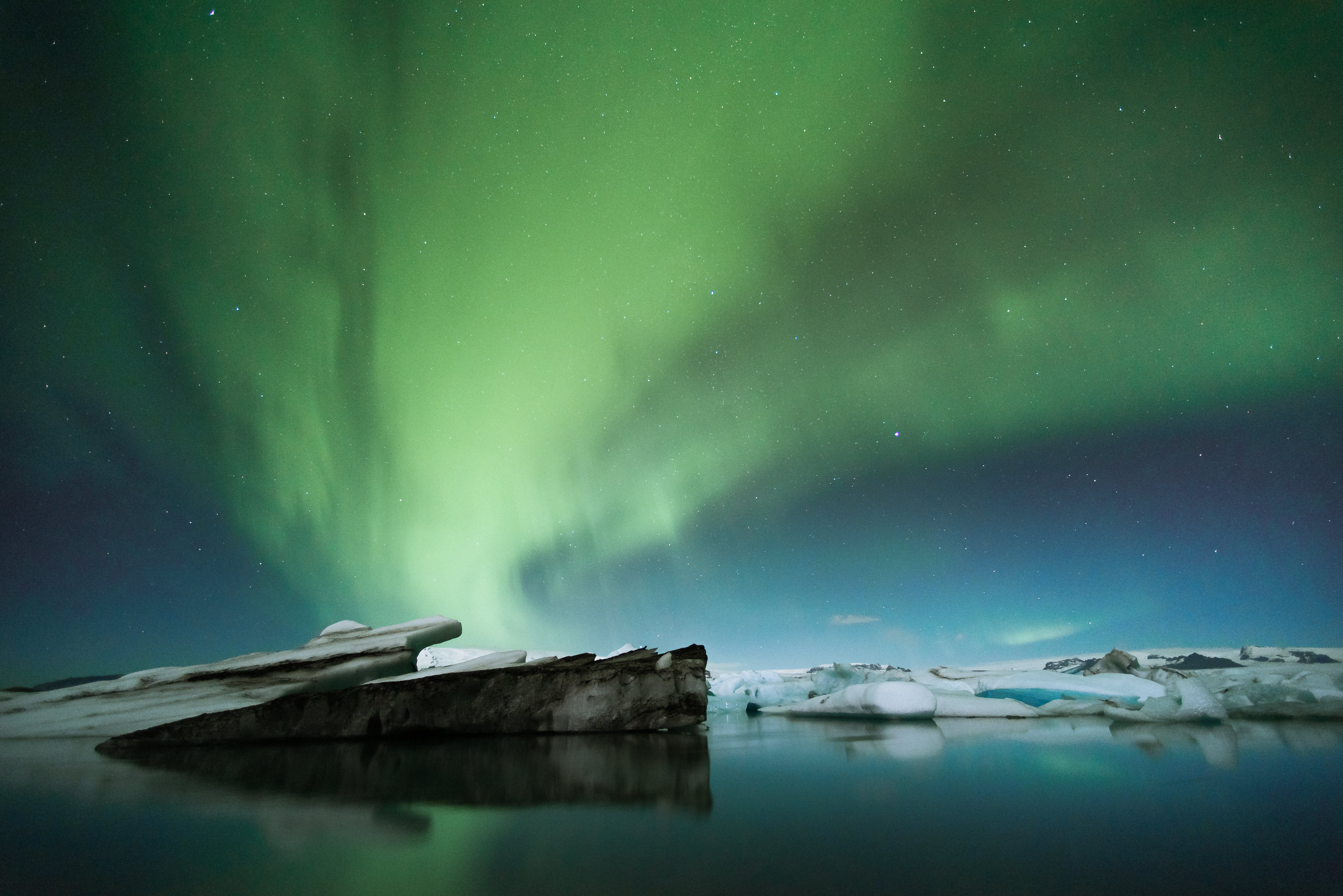 We have the pleasure of having wildlife photographer Kiliii Yuyan answering our questions, where he casts light on the hidden stories of polar regions, wilderness and Indigenous communities. Informed by his ancestry that is both Nanai/Hèzhé (Siberian Native) and Chinese-American, he notably explores the human relationship to the natural world from different cultural perspectives. Discover the behind the scenes of his incredible work by reading his interview below.

Back in 2016 you were shortlisted in the Sony World Photography Awards Professional competition’s Still Life category. What have you been up to since we last spoke to you?

It’s been a whirlwind since then! Much of my focus has been on working with National Geographic across the Arctic regions and with Indigenous communities around the world.

You are celebrated for your images of indigenous communities, particularly your projects documenting the Iñupiat whalers in the Arctic, the Yurok and Karuk intentional firemakers of California, and the kayakers of Greenland. Tell us about how you initially contact these groups, who are often based in remote, and perhaps off grid, locations.

Most of the work I do with Indigenous communities, especially remote ones, is to get to a certain place and embed myself in the community. I spend weeks and months building trust with people in the community, while trying my best to be a useful contributing member. I play with the kids, I chop firewood, I help hunting seals and I always join people for dinner. Over time, people come not to see me as an outsider, but as an exciting new person in the community. In return, I get to take part in their lives and to learn all the important things necessary to be capable in the community and its environment. The process is necessarily long and also requires serious dedication. Everyone can see when a journalist is there just as a taker of stories, whereas my goal is to understand and appreciate the people and the land that welcome me as if they were my own family members in my own homeland.

Do you have a particularly poignant encounter while photographing one of these amazing communities that you’d like to share?

I have many! I was part of an Iñupiaq whaling crew that was ambushed by a hungry polar bear. It crept up behind us, downwind, and ultimately we were saved because one of the whalers’ keen eyes spotted the nanuq just moments before it sprang forward, just ten meters away from us. Luckily one of the hunters is an amazing shot and downed the bear instantly.

I have also nearly perished on a thawing river in March, which is still winter in the Arctic when it should have been subzero temperatures. Instead, it was around 10 degrees Celsius and the frozen river I had driven my snowmachine on earlier in the day had melted enough that I nearly drove into a rotting hole in the ice, with my producer on the trailered sled behind. We barely missed it, and I called off the shoot, but several Yup’ik locals died days later on the same river after breaking through. That’s climate change, and it impacts the northern populations fiercely.

Why do you take photographs?

Photography feeds me. It gives me a reason to engage with people and subjects more fully, in ways I never would otherwise. It makes me ask people questions, go with them on adventures with little knowledge of what will happen other than discomfort. It gives my creative and problem-solving brain puzzles to work on and also quiets that brain so I can live in the moment and experience.

In many ways, I’ve spent my life preparing. I’ve been doing wildland survival for decades and have been a hunter and fisherman for half my life. For specific regions, I do a lot of research and make sure I am properly geared and equipped. But nothing beats learning from the people who are local and have lived there their entire lives. The best way to learn is to go to the location, wade in the shallow end, and plan to return again once you understand what technologies and techniques you need to master to feel comfortable and safe in a difficult environment. The last thing is that I try to never get too comfortable. For many years my home was always just a mattress on the floor and little else. That way spending nights in a tent was never any more uncomfortable than being at home, and usually far better. The wind and the rain and the scent of the sea makes it so.

How has your background as Nanai/Hézhè and Chinese-American informed your practice?

I think to a large degree, my background is really that of a third-culture kid. I come from many different cultures and places, having traveled my entire life. So I am good at flowing in and out of new situations and spending time with new people. My Nanai ancestry gives me the burning desire to understand my heritage and what it means to be an Indigenous person, especially because I never grew up in a Nanai community due to my family’s displacement. At the same time, my experience of growing up with a disconnect between me and the Chinese part of the family means I spend a lot of time processing cultural differences. They fascinate me, and make me want to understand other cultures in a deep, meaningful way, and also to make and keep relationships with people that see the world in a distinctly different way than that of the typical American.

You shoot portraits, landscapes, wildlife…How did you develop such diverse photographic skills?

I just get excited about learning new things and do the usual internet research and learn from blogs, workshops, and books. Each genre has a different approach, and I can say I have learnt more about wildlife photography from my hunting background than anything, whereas portraiture has come from my time being excited about lighting. I tend to approach things by learning as much as I can about the technical first, then do a lot of actually making photographs once I’ve learnt something. The process of making photographs and then looking at them with great consideration later is what forms my artistic eye and vision.

You have received many awards. How has this recognition directed your career? Has it made a positive impact?

It’s unclear to me how much awards really matter in regards to my work. Editors tend to already know my work because it is so niche. However, in the beginning, I’d say that awards tended to get the attention of bloggers and writers who wanted to find good work and interesting stories. The interviews and stories they produce then get the attention of editors of publications, and that’s always good. Ultimately, I enter awards when I feel that it’s appropriate, and I treat it as a method of marketing that’s not directly selling to people. I think as creatives, we all generally dislike self-promotion. With competitions, all I have to do is put my work out in front of competition judges and I’m done.

Tell us about your relationship with National Geographic, how did your start having your work published in the magazine?

Working with National Geographic began as a relationship that develops slowly. I bought the wonderful Sarah Leen, then director of photography, a coffee at NatGeo HQ when I was in Washington DC, and she really liked the work I was doing with the whalers in Alaska. I had already been working on the story for 2 years, and she was immediately interested in publishing the work. It ultimately took 2 more years when I nearly gave up on the National Geographic opportunity before it eventually ran in the magazine, but that’s a common story for many of my own photographic heroes. We do the work, we keep doing the hardest and best work, which are often long-term projects because we are compelled to, not because it will be published. If the work is deep and thorough, it will find an audience. If the deepest work you do also happens to fit well with the kind of work that NatGeo produces, then the editors will find you.

Do you have any tips for photographers pitching projects to magazines?

It is really important to learn how to speak about your work. That means you need to actually understand your work, why you’re doing it and what makes it important. In a way, that’s the hardest thing. The rest of it is just logistics you can learn online, such as writing a formal pitch to an editor. It is really important that you go into writing pitches to editors not as transactional, but because you are building a relationship with them. You may put 6 pitches in front of them over the years before anything gets published, but each pitch and conversation is part of the relationship-building. If I had only one thing to say about making good photography and succeeding in your photographic career, I would say: Make the work you absolutely have to and be a good person every step of the way. 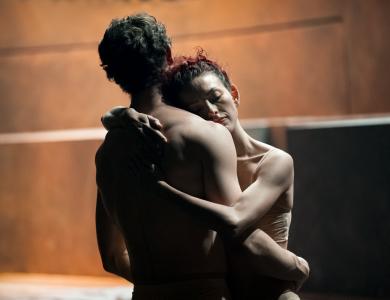 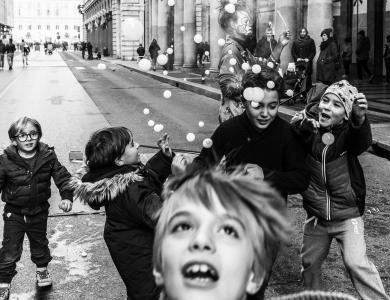