"My goal is to represent the immigration issue in all of its complexity, addressing the social, political and economic factors that motivate individuals to leave their homes. I hope to create images that stimulate dialogue and reflection." 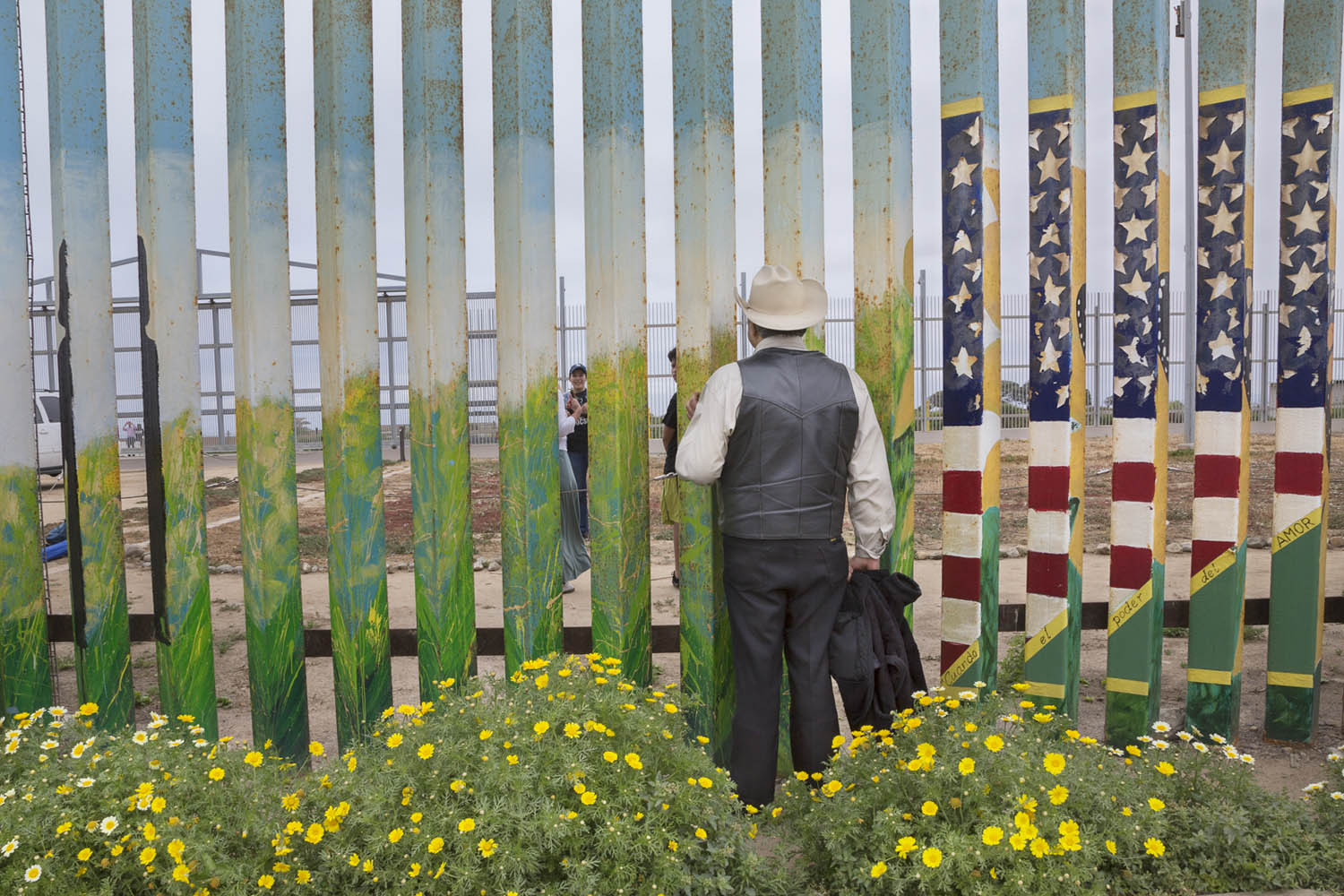 Griselda San Martin is a Spanish documentary photographer focusing on immigration stories in the United States and Mexico. Her work explores transnational issues through the themes of identity and belonging. She’s interested in presenting in-depth stories that transcend borders and cultures as well as challenging popular assumptions and dominant media discourses. In June 2015 San Martin graduated from the Documentary Photography Program at the International Center of Photography in New York. She then received a Masters in Journalism from the University of Colorado. Her photography and video projects have been exhibited internationally and featured in The Washington Post, The New York Times, The New Republic, and California Sunday Magazine. Her series The Wall was awarded by The Fence 2018. The Fence is an annual call for entries to be part of the largest outdoor photography exhibition in North America, with public exhibitions across the continent. Photographers of all levels from around the world are invited to apply online at fence.photoville.com. 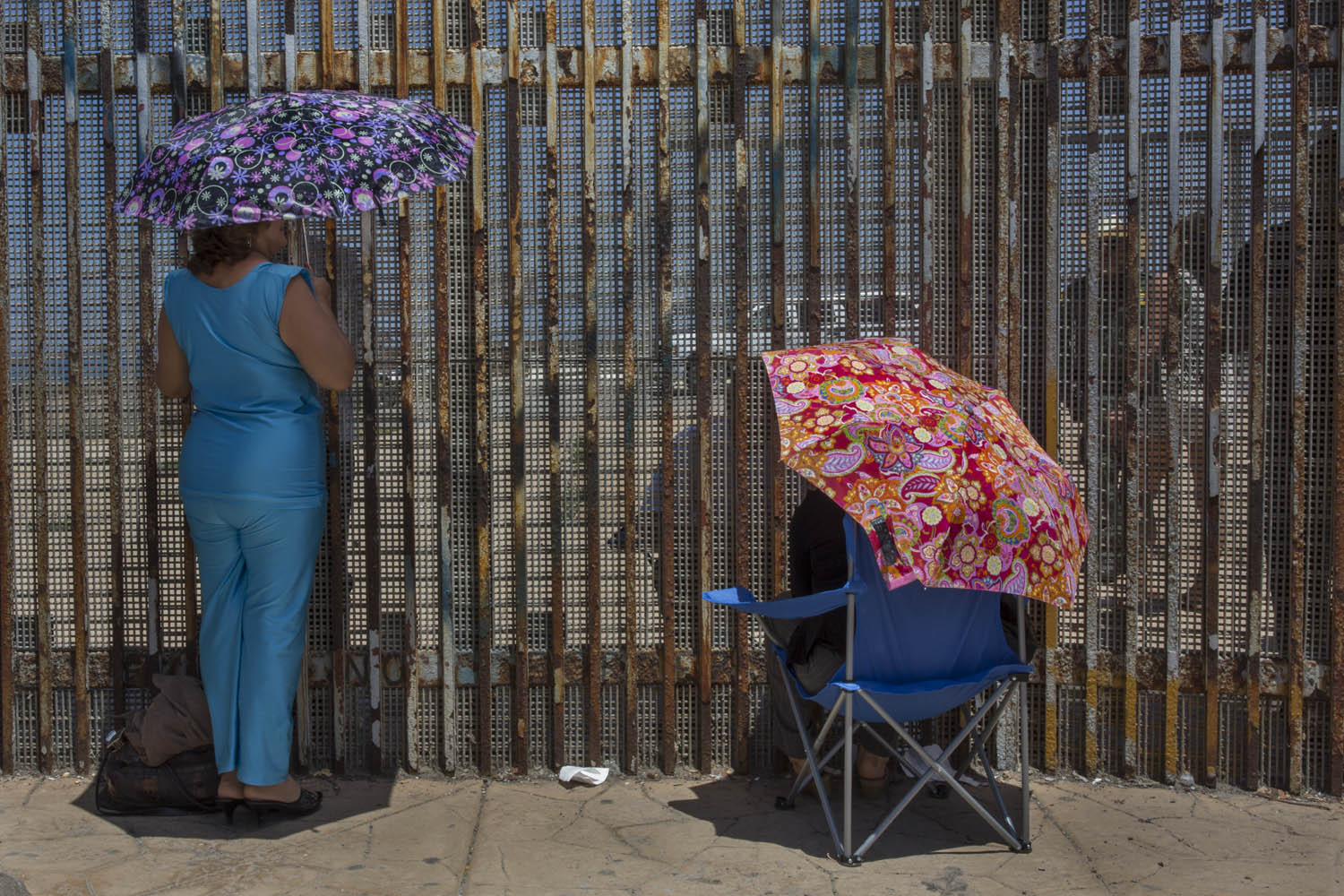 © Griselda San Martin
Throughout the past six years you’ve documented the US-Mexico border, focusing on issues of immigration, deportation, inequality and abuse of human rights. Why were you drawn to this as a topic to explore?

During my graduate studies at the School of Journalism, University of Colorado Boulder, I focused my research on cultural identities and ethnic minorities, specifically the Hispanic community. I explored identity and diasporic discourses in postmodern theory, which in hindsight I believe had a profound influence on my approach to documentary projects and visual storytelling. My graduation project led me to the border city of Tijuana, Mexico, where I was captivated by its culture, dynamics, and the complexities (and contradictions) of this border region. I then started planning several long-term projects in the area. 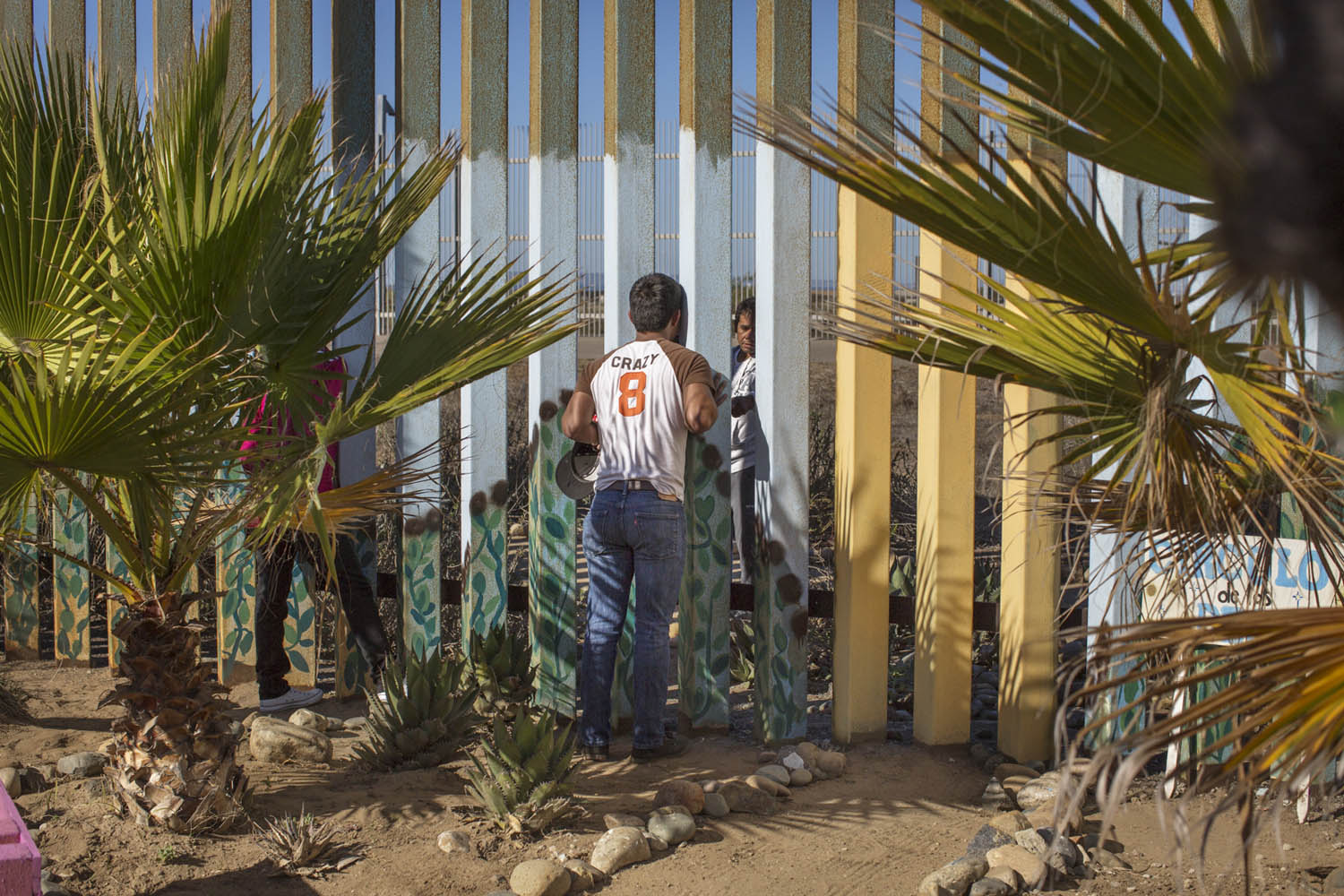 How do you challenge popular assumptions about immigrants through photography?

Photographs have a crucial role in determining how we construct our reality, how we see the world and how we see immigrants and the immigration experience. Mainstream media coverage has routinely reproduced preconceived ideas and stereotypical assumptions about immigrants, constructing a very specific image in which they are criminalized and victimized, often presented as a fundamental threat to the cultural cohesion of the nation. Essentially, the constant ingestion of stereotypical depictions creates negative thoughts and attitudes in the public consciousness and has a punishing and stigmatizing effect for immigrants.

In the same way the media has exaggerated the connection between immigration and crime, political discourse has also contributed to the conceptualization of the problem as one of public safety, conveying a clear message that immigrants are dangerous and the borders must be secured. In response to this one-dimensional representation, I explore the immigration issue by not replicating the dominant narratives that strengthen stereotypes and perpetuate the status quo.

My goal is to represent the immigration issue in all of its complexity, addressing the social, political and economic factors that motivate individuals to leave their homes. I hope to create images that stimulate dialogue and reflection. Ultimately, I intend to incite empathy and understanding in the public and to empower immigrants to defy their adversity context. 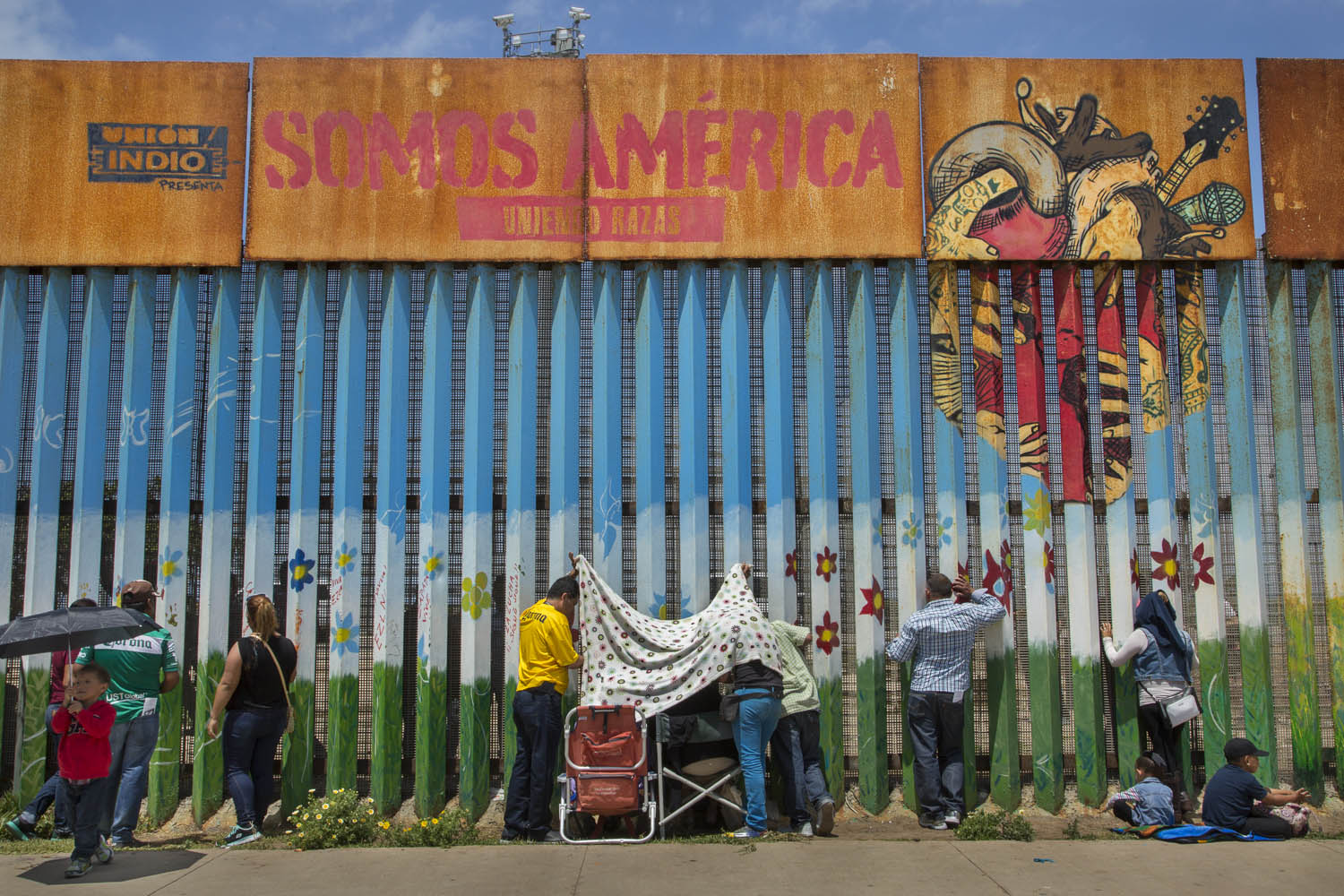 © Griselda San Martin
Can you tell us more about your series The Wall?

The Wall documents families separated by their immigration status who gather at Friendship Park, which is located along the border between San Diego and Tijuana. Through photographs and a short documentary film, the project examines the concept and relevance of a border wall, border security and the effects of immigration policies on individuals and families affected by them during a time of rising xenophobia and political tensions.
What started out as a simple barbed wire fence in the 1970s has been expanded into an imposing metal wall, which extends some 300-feet into the Pacific Ocean. Families meet at the wall, whispering to each other through the steel mesh which is so tightly woven they can barely touch each other’s fingertips.

Physical borders create symbolic boundaries that reinforce the rhetoric of “us versus them” in which immigrants are seen as a threat to traditional narratives ingrained in various communities across America. The existence of these fences illustrates anti-immigrant sentiment, legitimizing exclusionary practices and justifying harsh government action. Once erected, they become enduring, permanent features of the geopolitical landscape and a powerful, aggressive reminder to immigrants that they don’t belong.

By calling attention to the human interactions at Friendship Park, where families visit and speak with one another through a metal fence, I attempt to neutralize what this wall was built to create: separation. In my work, the border is portrayed as a place of contradictions. The photographs confront the viewer with a different reality, questioning the way this imagery is often presented to us. I highlight human moments and poetry amidst this political divisiveness.

My short documentary captures a heart-warming meeting between deported musician Jose Marquez and his daughter Susanna, in which the musician performs a song he has composed for her with his band. Such a simple thing, a father serenading his daughter at the park, only they are separated by national boundary lines and a 20-foot fence of metal and mesh. The story is told entirely from his perspective, as he discusses the difficulties of watching his family grow up without him from across the border. The film has screened across the US, Canada, Latin America, Europe, and Asia. An important capstone was the screening for policy makers at the United Nations headquarters in New York City. Jose, the film’s protagonist, may no longer be able to see his children but his story and his voice transcend fences and borders.

My goal is to transform the discourse on border security into a conversation about immigrant visibility, addressing audiences on both sides of the wall by challenging popular assumptions or by reminding them that they are seen, heard and that they matter. I believe this work is especially meaningful and relevant given the current socio-political global context. 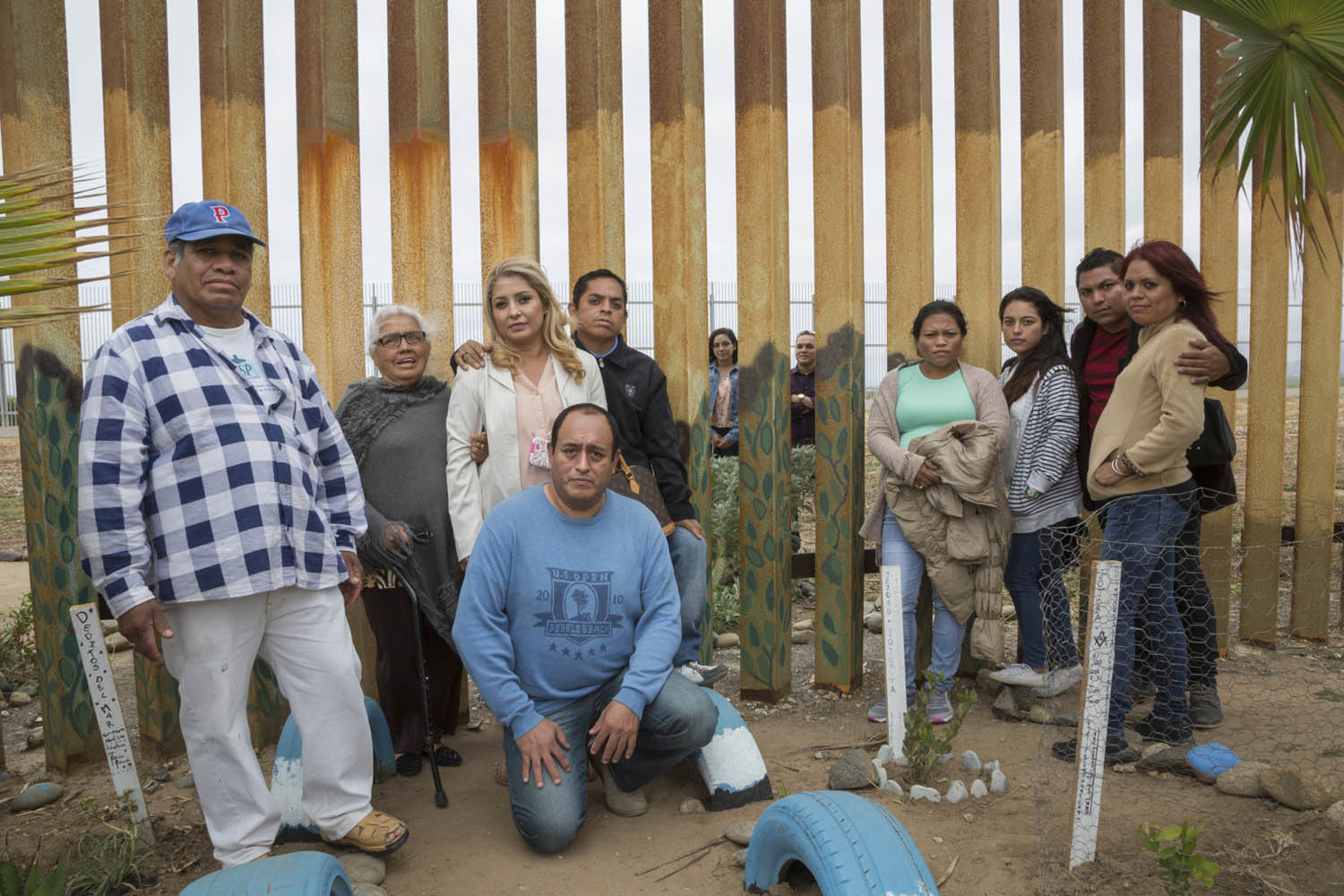 © Griselda San Martin
What projects are you currently working on?

In the border region, I am working on a short documentary about another family separated by the wall. I was also invited to collaborate in the second edition of LOST, a 20-monograph set of small books where each artist is tasked to produce a personal story about a city.  My book is about Tijuana and will be released in April 2019.

For the past three years, I’ve been working on a project called Puebla York. The project looks at Mexican immigrants from Puebla, a state in Central Mexico, currently residing in New York while their families remain in Mexico. Over 50 percent of Mexican migrants in New York (and New Jersey) are from Puebla, making this community a relevant demographic in the context of US/Mexico migration. The work explores the transnational life and practices that link individuals, families and social networks across national boundaries. In this project I also explore the human costs of migration, focusing specifically on the disruption of parent-child relationships due to prolonged separation and the effects of migration on those who remain in Mexico.

I’m also working on a personal project about my family and our own migration experience. 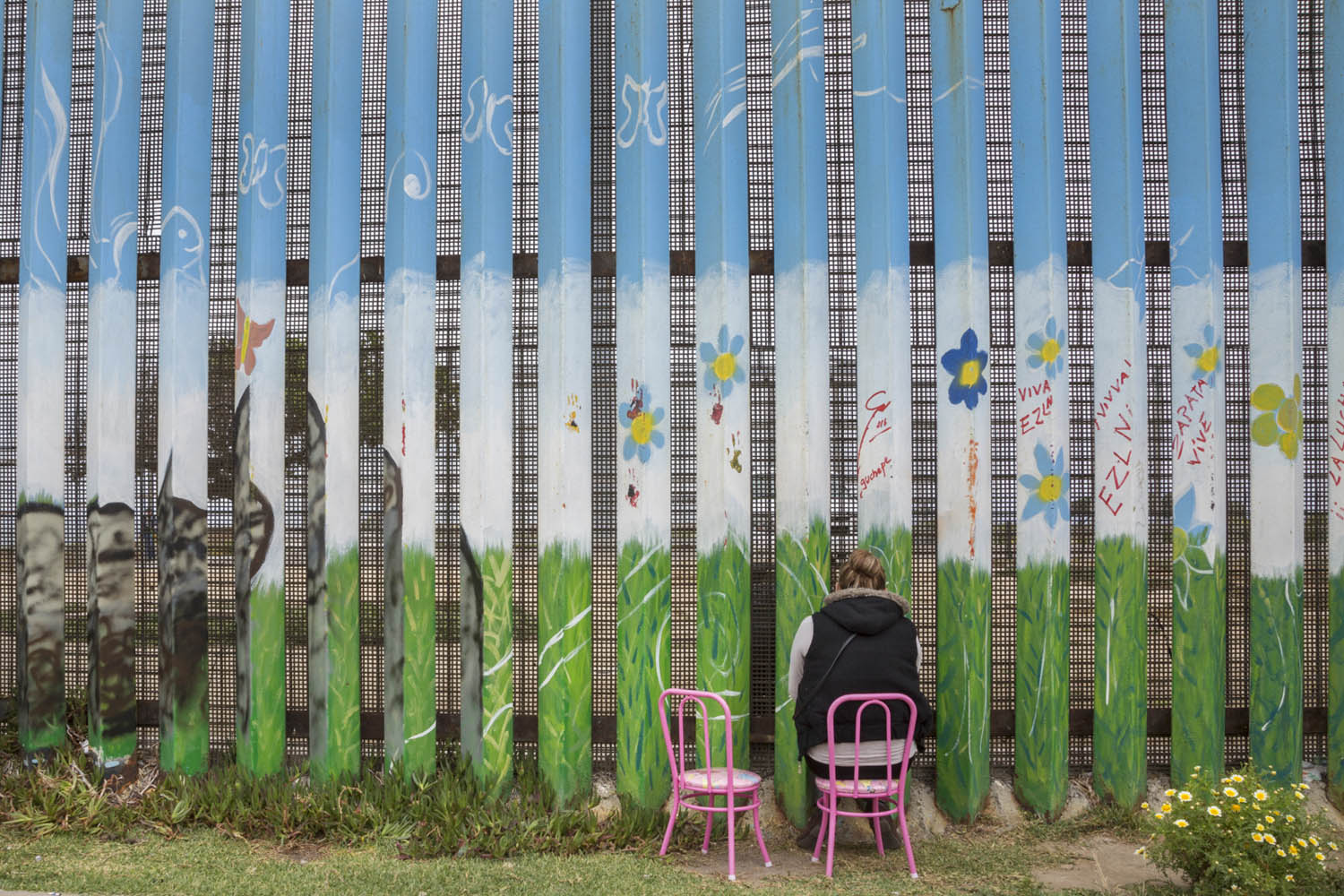 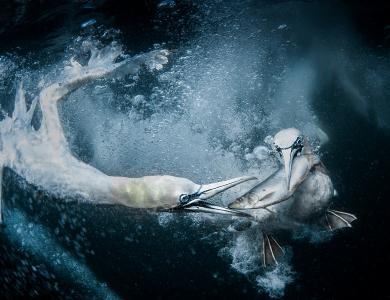 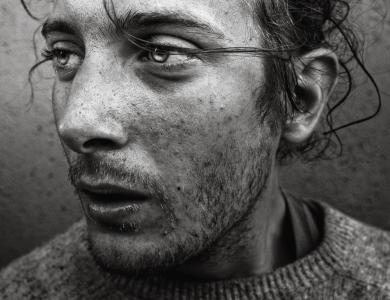