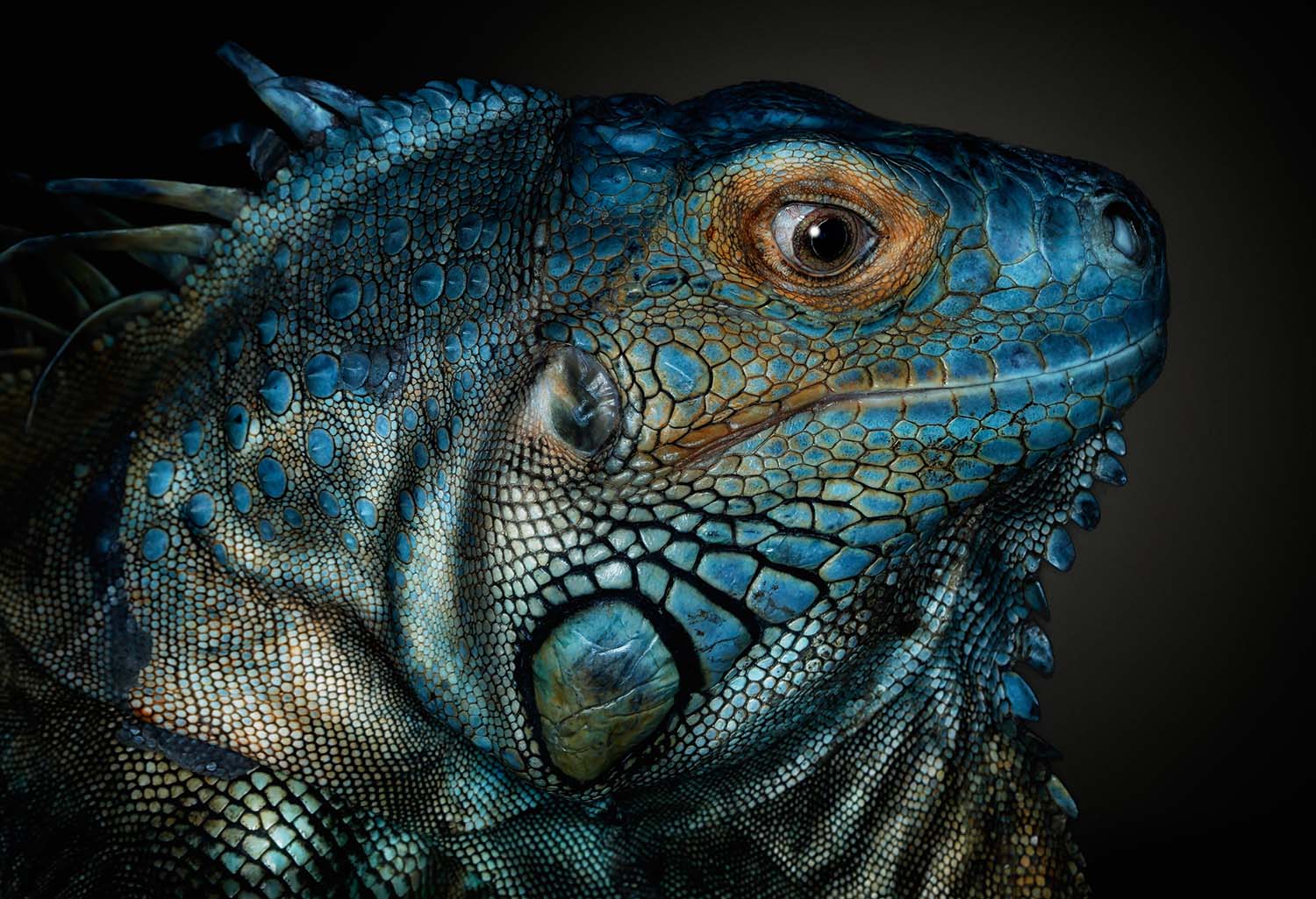 Peruvian photographer Pedro Jarque Krebs has taken photographs since he was about 15 years old. He become interested in wildlife photographing during his childhood in Lima, where near his house there was a large pond full of frogs and tadpoles. He had the opportunity to closely witness the entire process of the frogs’ metamorphosis, and he was fascinated. One day, he came to the pond and there were no more frogs or tadpoles. Someone had poured kerosene into the pond to kill them, and they never returned. “This had a strong impact on me, on the fragility of animal life. Fragility that nowadays is more obvious than ever. I think that this experience made me aware of the drama that was beginning, and I wanted to do something that would help us to become aware of this,” he says.

"Man has made the earth a hell for animals" said the German philosopher Arthur Schopenhauer since the nineteenth century. And although the world is designed for living beings to eat each other to survive, Jarque Krebs recognizes that humanity’s moral conscience makes us responsible “for the way we position ourselves before this inescapable fatality,and how we should proceed. I believe that nowadays no kind of animal suffering  should be tolerated.” 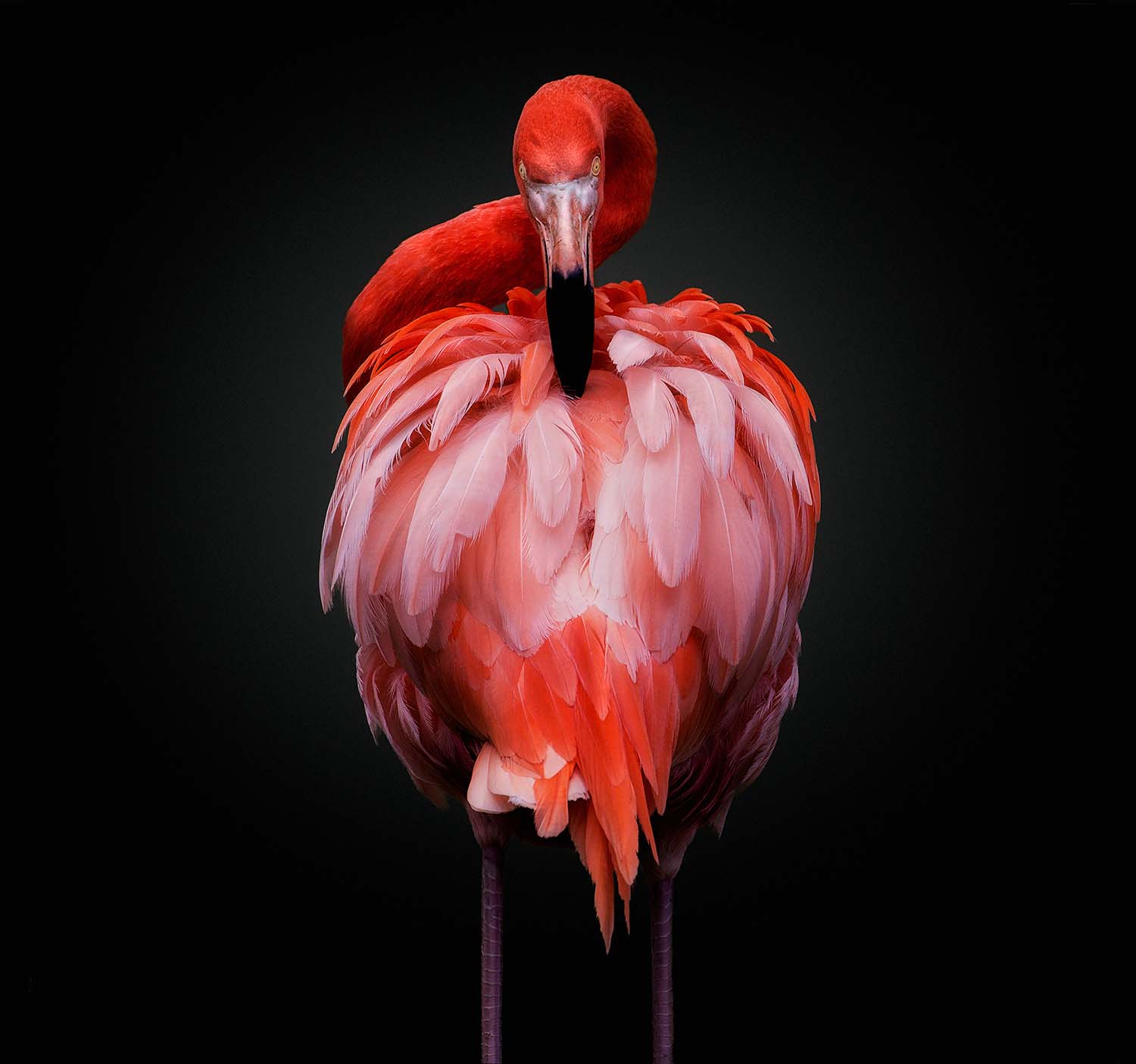 Last year, at the 2018 Sony World Photography Awards exhibition at Somerset House in London, our audience loved Jarque Krebs’ image of a red flamingo. He took the photograph at a nature reserve in Spain, where this species of Caribbean Flamenco or Red Flamenco live in semi-free conditions. He had the opportunity to visit them several times. This particular flamenco was alone, and while it scratched its back it was very attentive to the photographer’s movements. Jarque Krebs was only a few meters away from it, but the flamingo wasn’t scared because they are used to human presence. Jarque Krebs plans to visit them again soon, because they are very photogenic. However, he will have to wait for a cloudy day with little sun (something difficult in Spain), because too much direct light is not favourable for the portrait.

Jarque Krebs also enjoys shooting giraffes and with of his portraitures, he was the winner of the Peru National Award at the 2018 Sony World Photography Awards. He thinks that the interesting thing about this photo is the angle from which it is taken, and especially the thread of saliva that comes out of its mouth. In this case, he was also very close to the animal and on a ramp, that put him almost at the level of its head. He took a lot of photos, but only one of them could see the saliva thread, and that made him choose it, adding an unusual element of originality. Then he darkened the background as he does with almost all his photos, to give a photographic studio atmosphere. 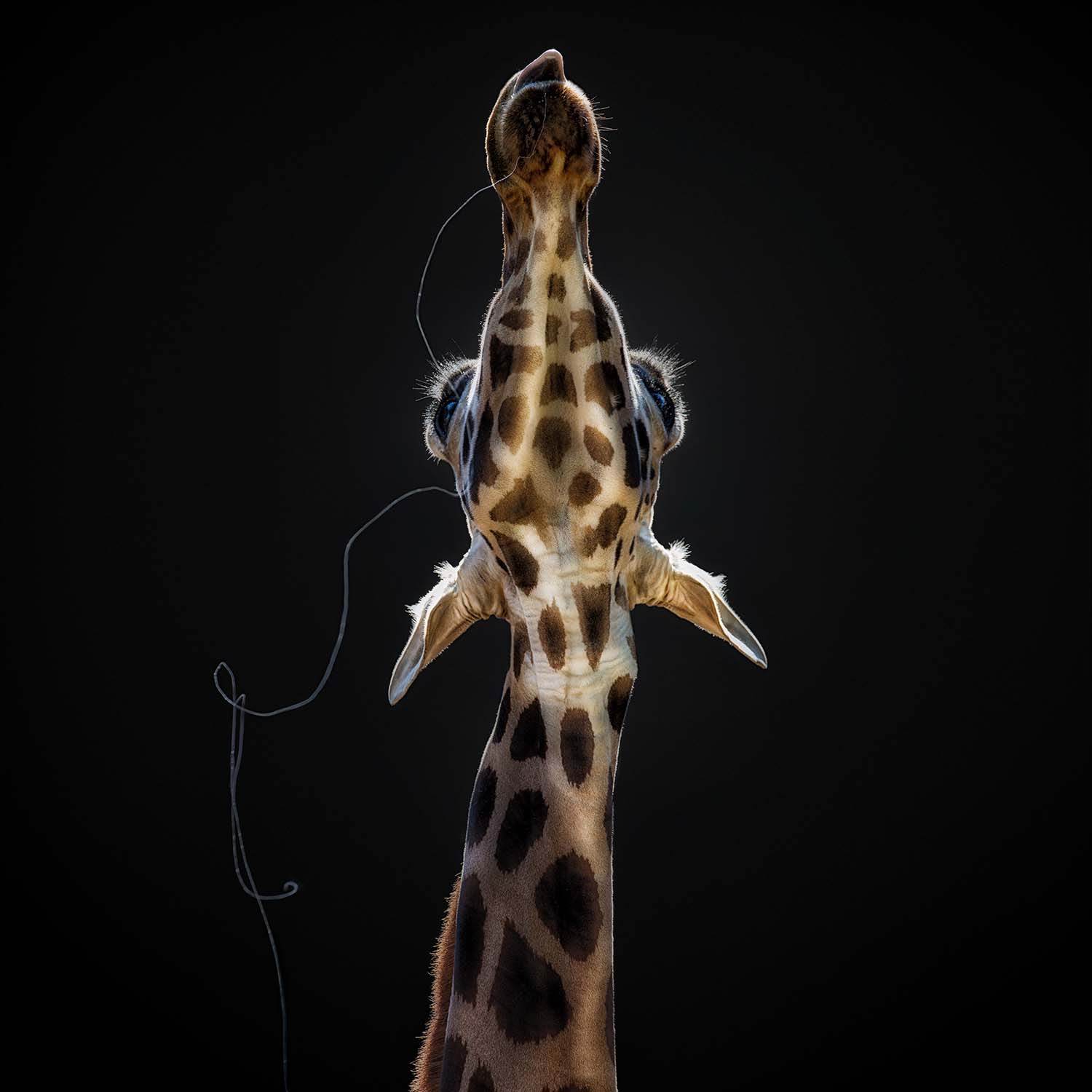 Recently, Jarque Krebs begun to discover and enjoy Sony's mirrorless technology. He has been especially attracted by the rather lighter weight of the camera body and the excellent quality of the images. He is also very interested in the 42 MP resolution offered by the Sony Alpha 7RIII, almost double the usual full frame. “I think I am opening to a whole world of options that will make my life easier,” he explains.

Jarque Krebs explains that his main goal photographing wildlife is to create work to be seen as “a cry of despair and hope, and a way of drawing attention to the drama of life, with non-human animals as the epicenter.” The photographer adds how the expansion of humankind has meant the destruction of many species, and that we are currently living what is already known as the ‘sixth mass extinction’. 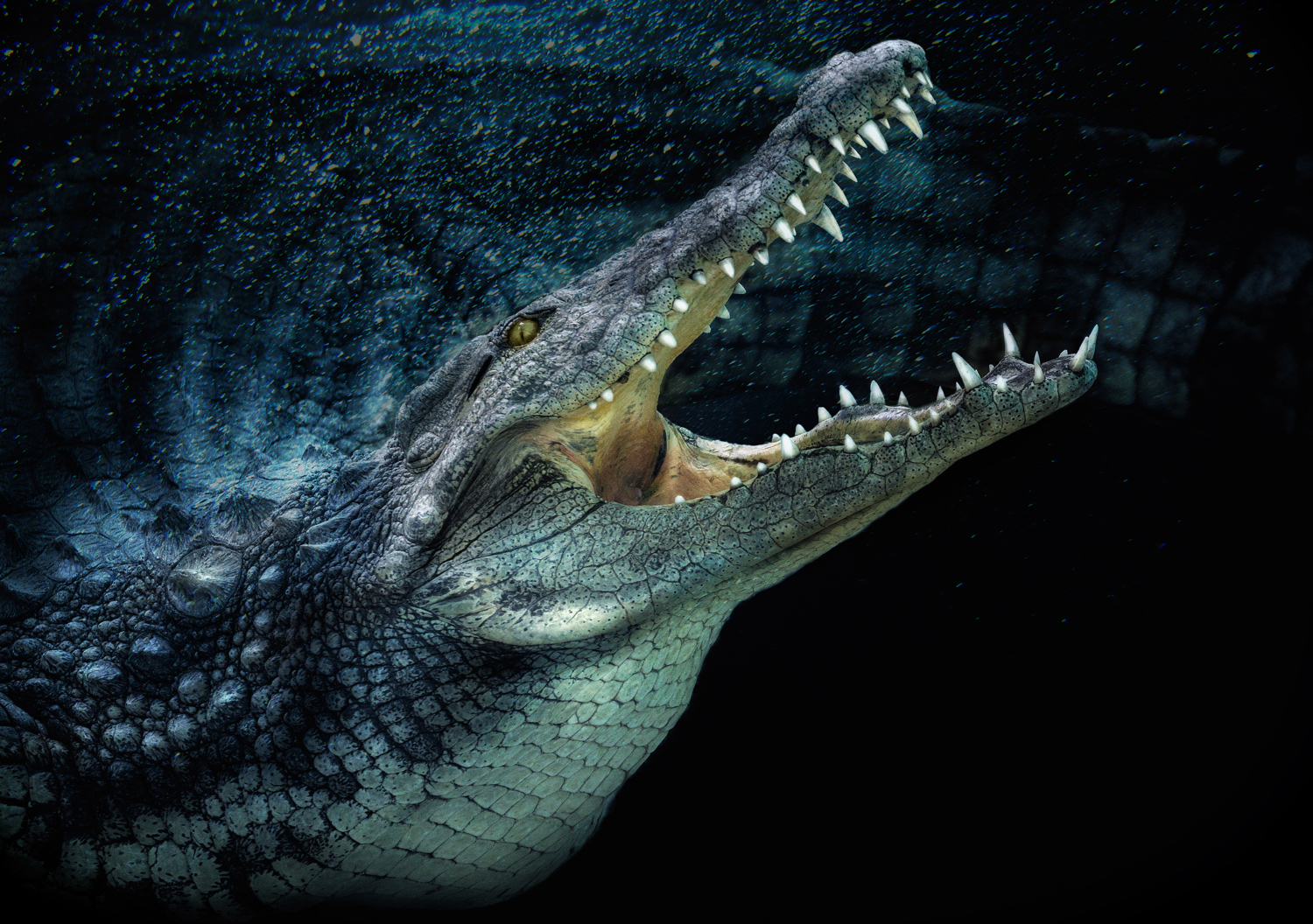 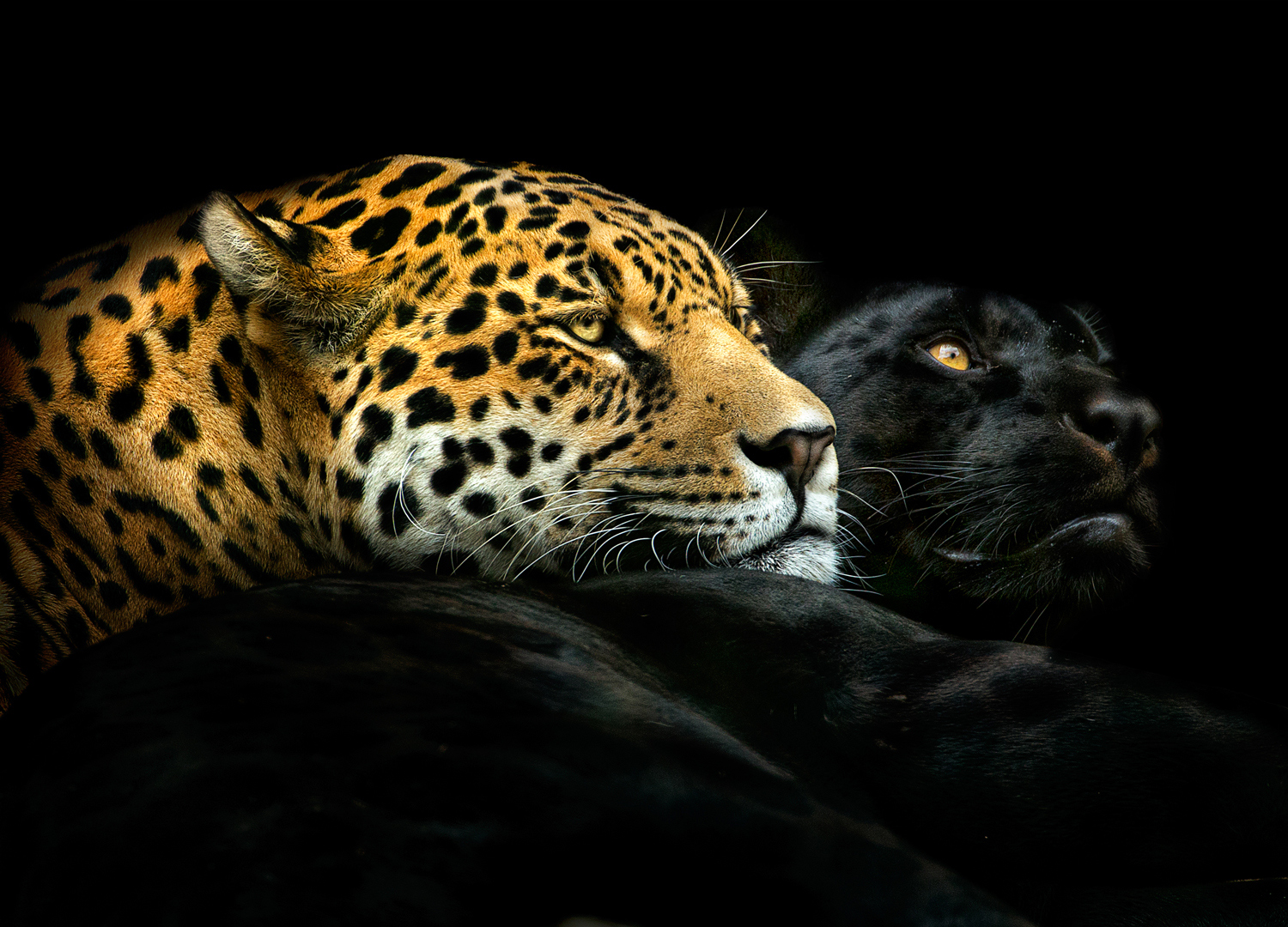 In his work, Jarque Krebs seeks to isolate the animals from their context to establish a direct connection with the viewer, to turn the animals into a mirror of ourselves, and to portray their very essence. “I want my photographs to be the portrait of the soul of the animals that share this space and time with us, and that perhaps some will disappear inevitably. I want to show them in all their splendor and not fallen into disgrace, to admire their strength and beauty, and what could be lost,” he says.

Jarque Krebs thinks that everyone, or almost everyone, loves animals because they share with us the mystery of life, of conscience, and of being. Without them, our own subsistence would be threatened. But he adds how our relationship with them is complex and ambiguous. “We have many problems to solve in our societies, but the animal issue, far from being a simple frivolity, has become a problem of the great magnitude that directly concerns our survival as a species. It is no longer just the loss of its diversity and beauty, but the imbalance of our entire ecosystem. Our expansion has meant the disappearance of thousands of species. Every ten minutes a living species is extinguished as a consequence of human actions.” 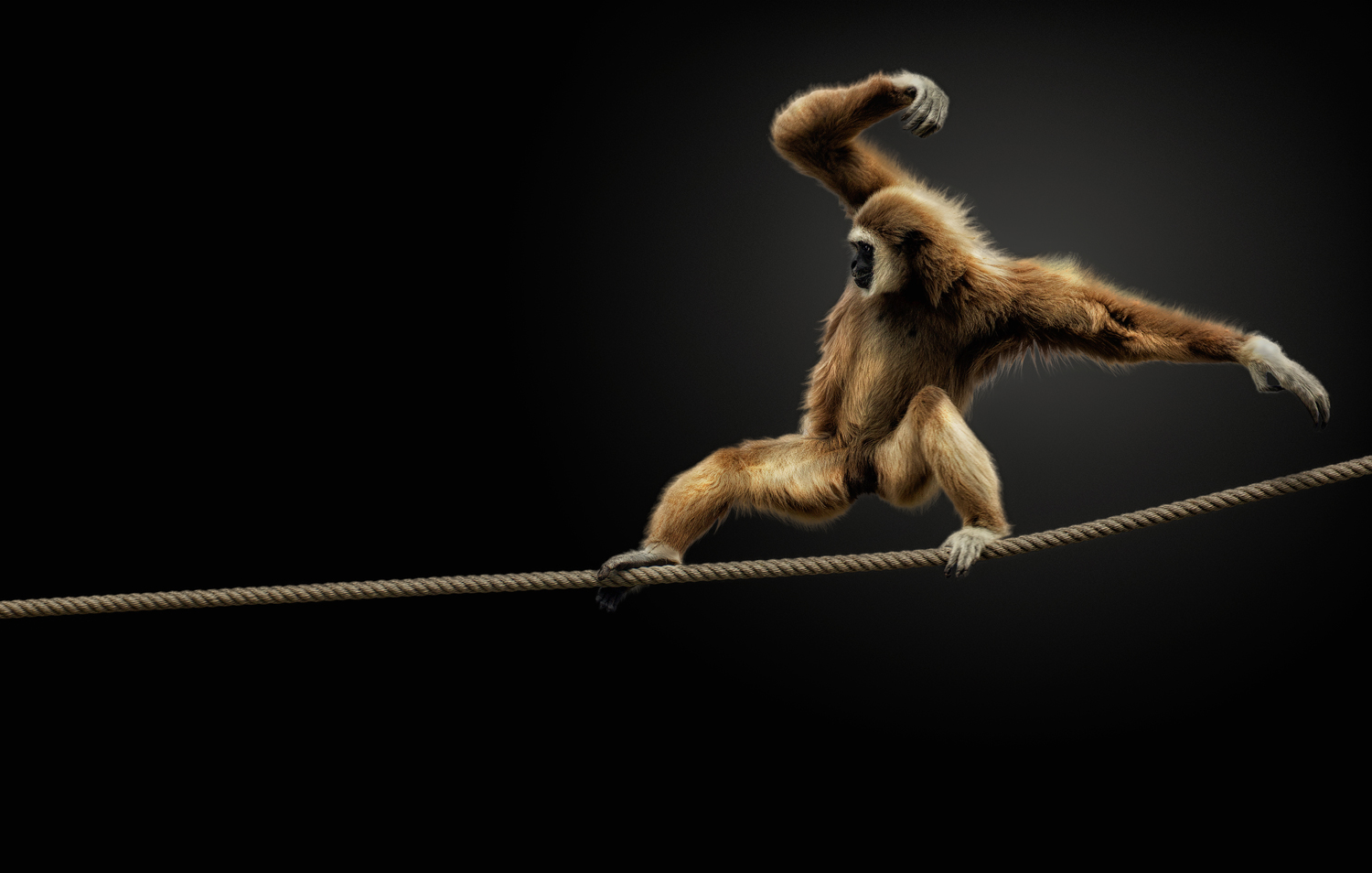 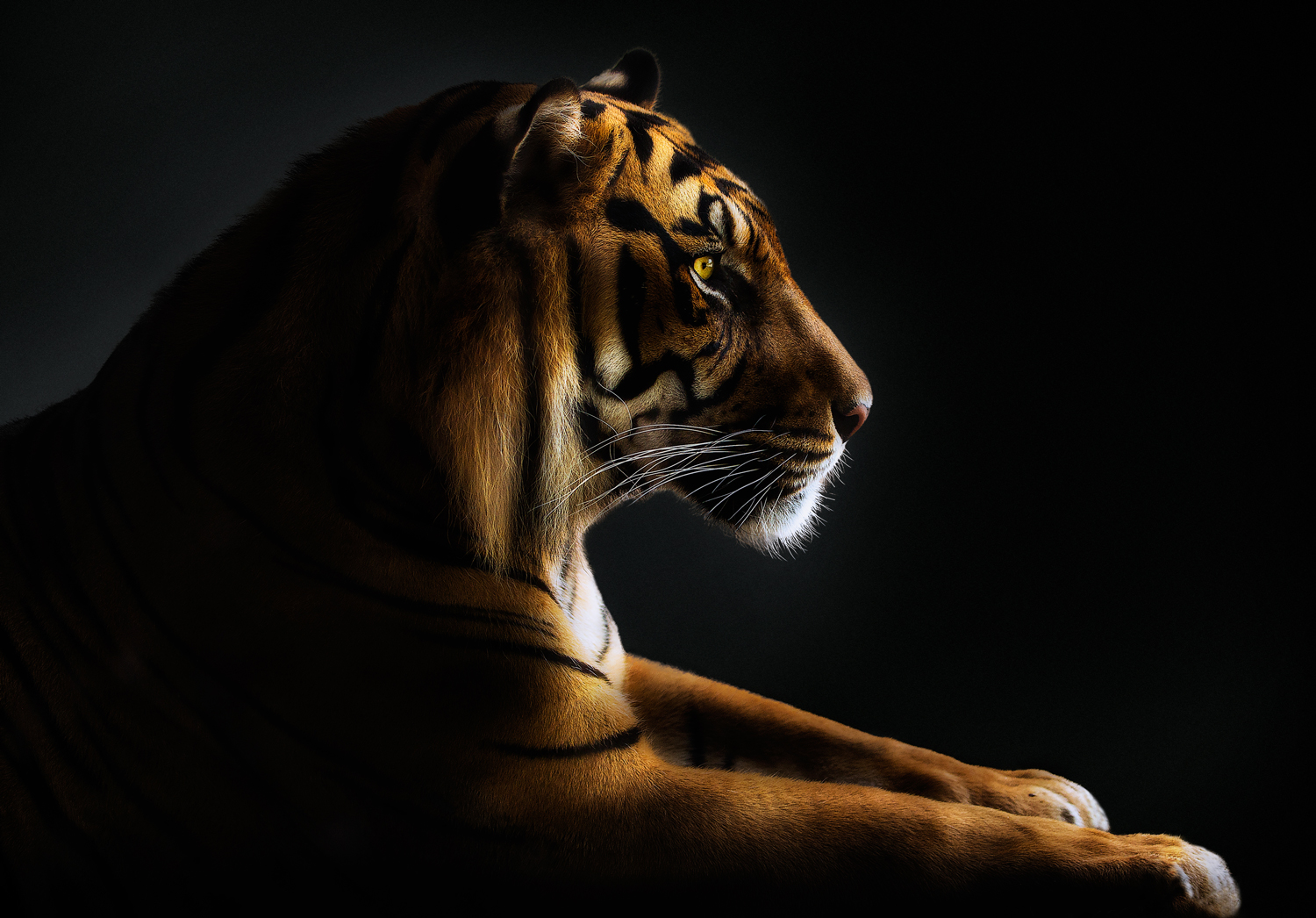 In his work, he aims to show the animals in a more intimate way and to seek a reconciliation with them. He intends to expand his photography not only to species that are in a critical state of danger of extinction but also to focus on more commonly seen animals. “We live in a time of great danger for our planet, but our generation has also experienced an awakening in the awareness of this danger, and I hope that new generations will be more responsible and reverse the damage we have caused in such a short time.

He takes portraits of animals in any environment, either in freedom or in captivity, in zoos, sanctuaries, nature reserves, conservation centers and more - y any environment that allows him to get in contact with the animal and be able to photograph it. “It is definitely more complicated in a wild environment because they are increasingly isolated and circumscribed in territories that are often inaccessible,” he adds. 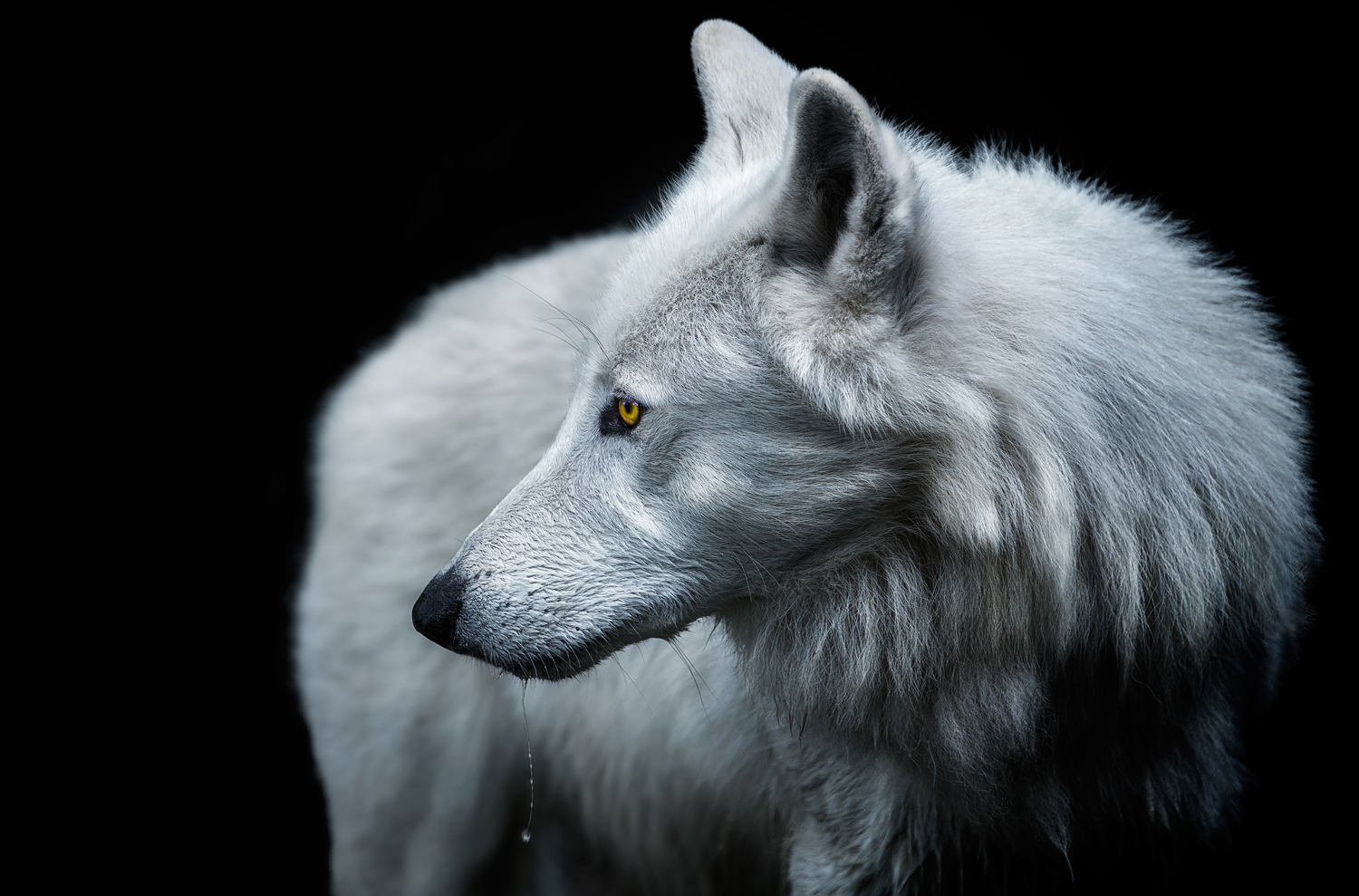 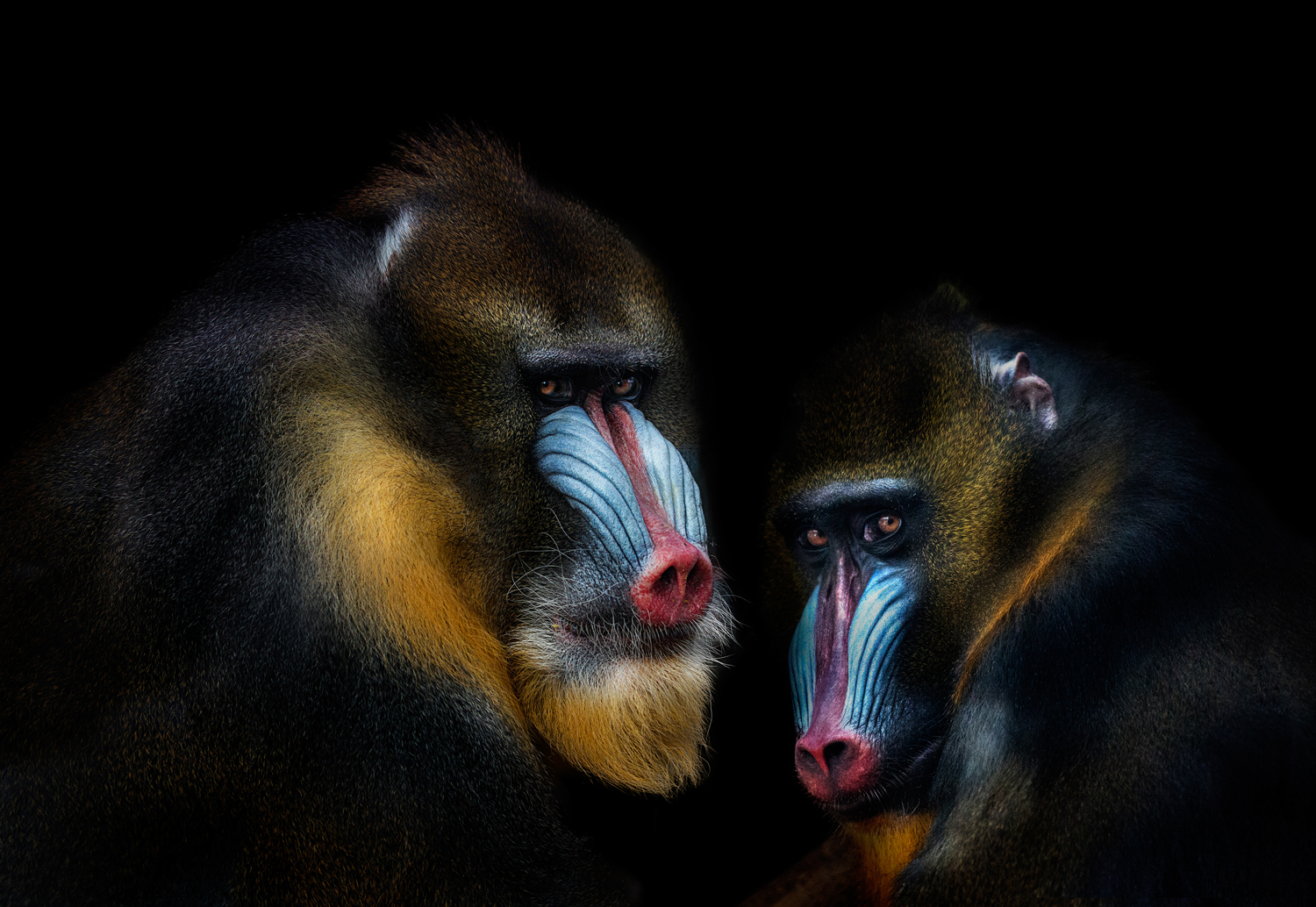 Jarque Krebs explains how animals are exceptional and inexhaustible models, but you can not tell them what you want, so “you have to wait for them to make some interesting gesture to photograph them. Therefore it requires a lot of patience and a bit of luck. Also, you cannot get distracted for a second, because that second may be just the moment you expected.” Doing this can sometimes be a bit disappointing because “you can wait for hours and not get what you expect, but on other occasions you find surprises when reviewing the photos, because in this type of photograph you work a lot with bursts, and you cannot know the result until you look at it calmly afterwards. The secret is not to stop taking photos, and to not be overcome by discouragement.”

In his country, Peru, specifically in the Amazon rainforest, there are many unknown animal species that he would love to photograph. He recognises that he will “have to hurry, because the rate of extinction is increasing.” His favorite animal is the wolf, although he likes to photograph all animals. As for the most difficult to photograph, he would say that they are birds, because they are very scary, very fast and also move in three dimensions. “In a few seconds they can disappear so you have to use very high shutter speeds.”

Jarque Krebs feels like photographers today enjoy many new advantages and some disadvantages. The advantages are the digital equipment, which allows to make countless photos, to see the result immediately, and to perform effects directly on the camera. But he also thinks that nowadays there is also a lot of competition in the field of photography. 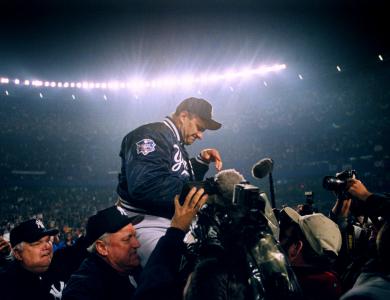 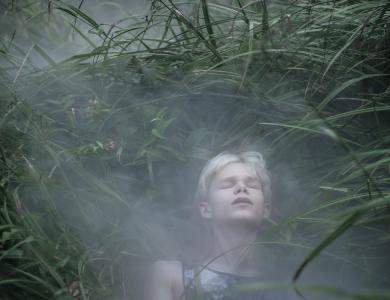