Question the world we live in through photography 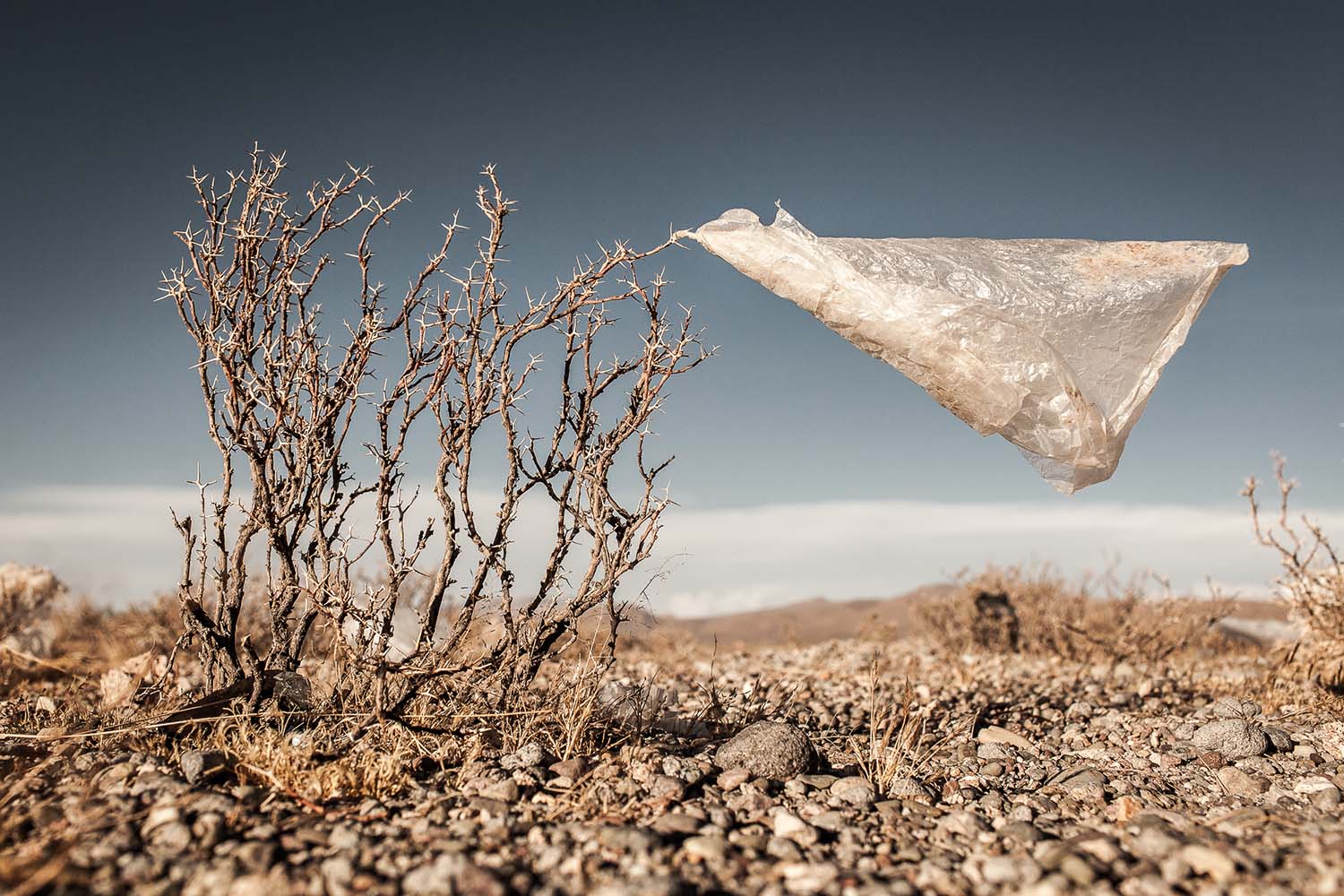 “From my travels in South America and also in Asia, I always noticed that plastic was present. It didn’t matter how remote and beautiful the landscape was, plastic was always there. to I wanted to make a project to call for the attention on the problem, but I didn’t know how to put it together photographically,” Leal explains.

Eduardo Leal is a Portuguese documentary photographer focusing mainly on Southeast Asia. He is currently based in Macau and previously he worked for several years in South America. He was 3rd Place in the Campaign Category of the 2015 Sony World Photography Awards with a series called "Plastic Trees", focused on the dissemination of plastic bags in the Bolivian Altiplano.

Leal kept this idea in his mind for years, until one day that he was on the Bolivian Altiplano waiting for a permit to do another job. He was waiting for days, so to keep busy he went for a walk around. On one of them, he found this place with hundreds of little bushes with almost all of them having plastic bags tangled on them. “I knew I had found the place to tell the story, then it was a matter of trying to play with perspective and light, to achieve the result I thought was best fit to tell the story,” he says. 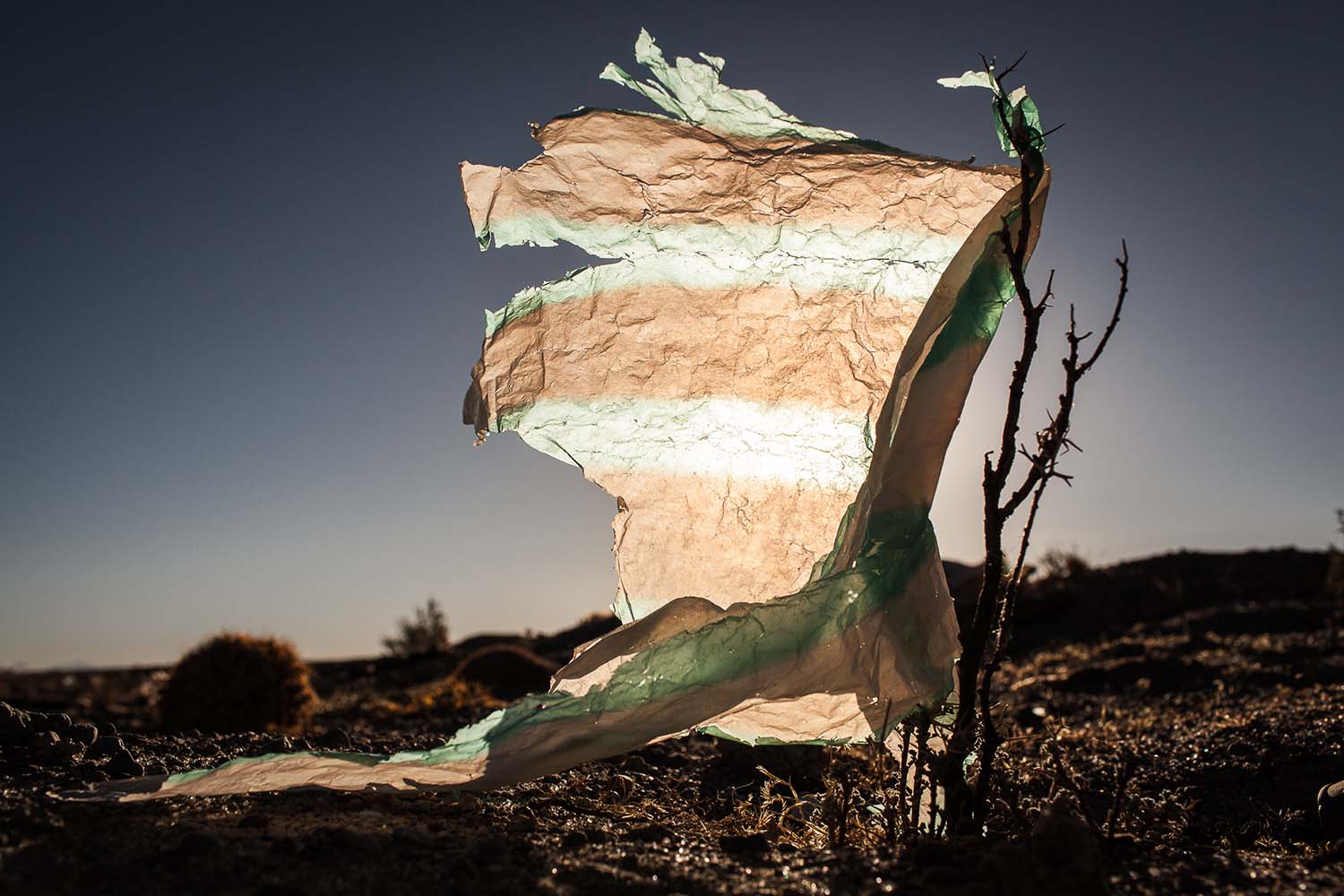 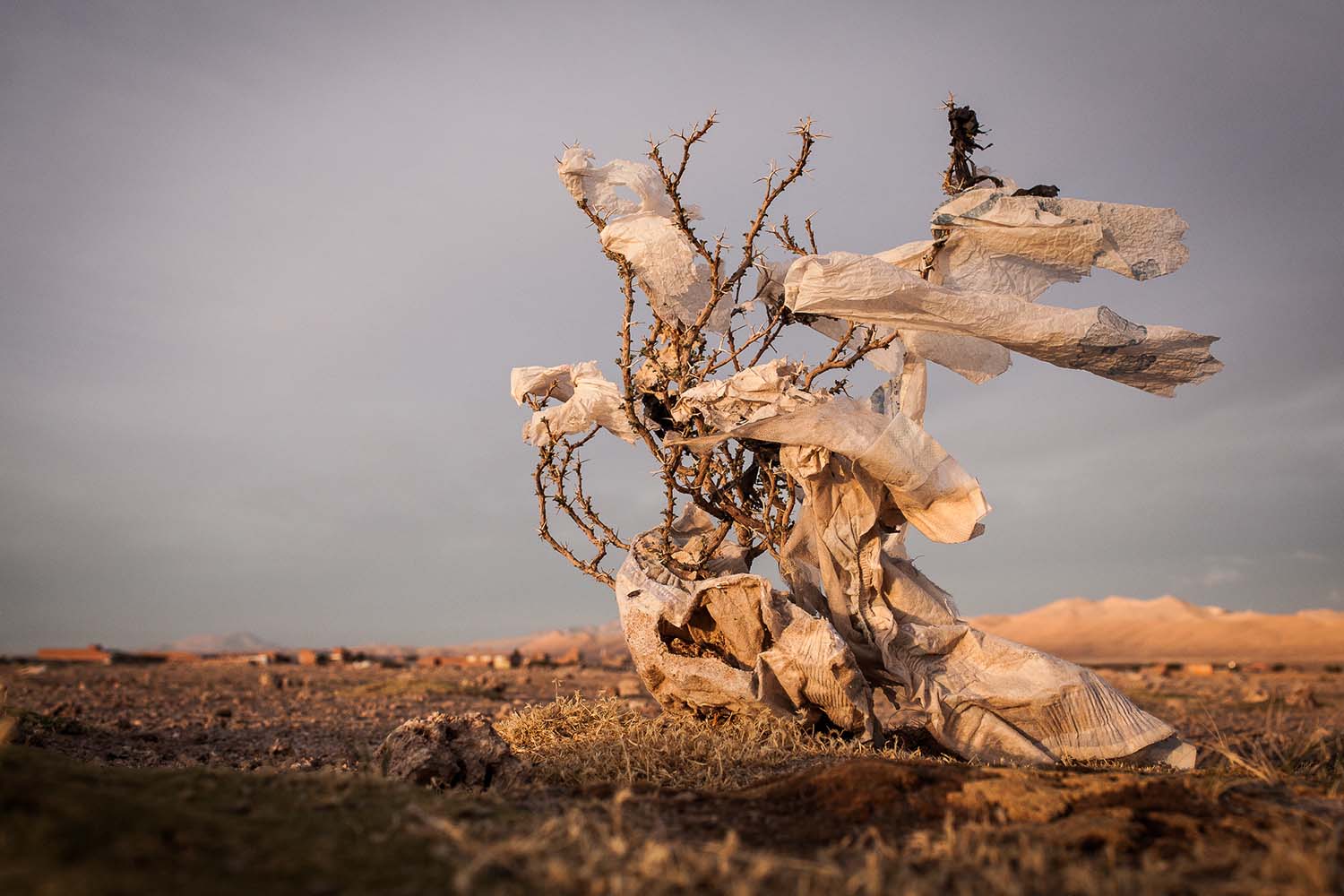 Deeply worried about the consumption of plastic, Leal feels “we are destroying our own habitat and it seems that people really don’t care.” He thought it was hard in Europe and in South America, but since he moved to Asia, he’s surprised and sad by the amount of plastic that people use there: “There is still a lot to be done.”

Leal’s first experience in Southeast Asia was nine years ago when he spent one year backpacking the region. He describes it as “amazing on many levels.” Furthermore, it was definitely great practice for him to become a photographer.

Leal’s career started on the other side of the world. He went to South America because he had a big connection with the area, where he lived previously. “It’s definitely easier to work when you understand the local culture and speak the languages,” Leal says.

Leal worked there for seven years, in the beginning on and off and then eventually he moved there. He was always thinking that one day he would come to Southeast Asia, as he loves its culture and its food. On top of that, he feels that it’s different to his own culture in that it awakes all his senses and curiosity. 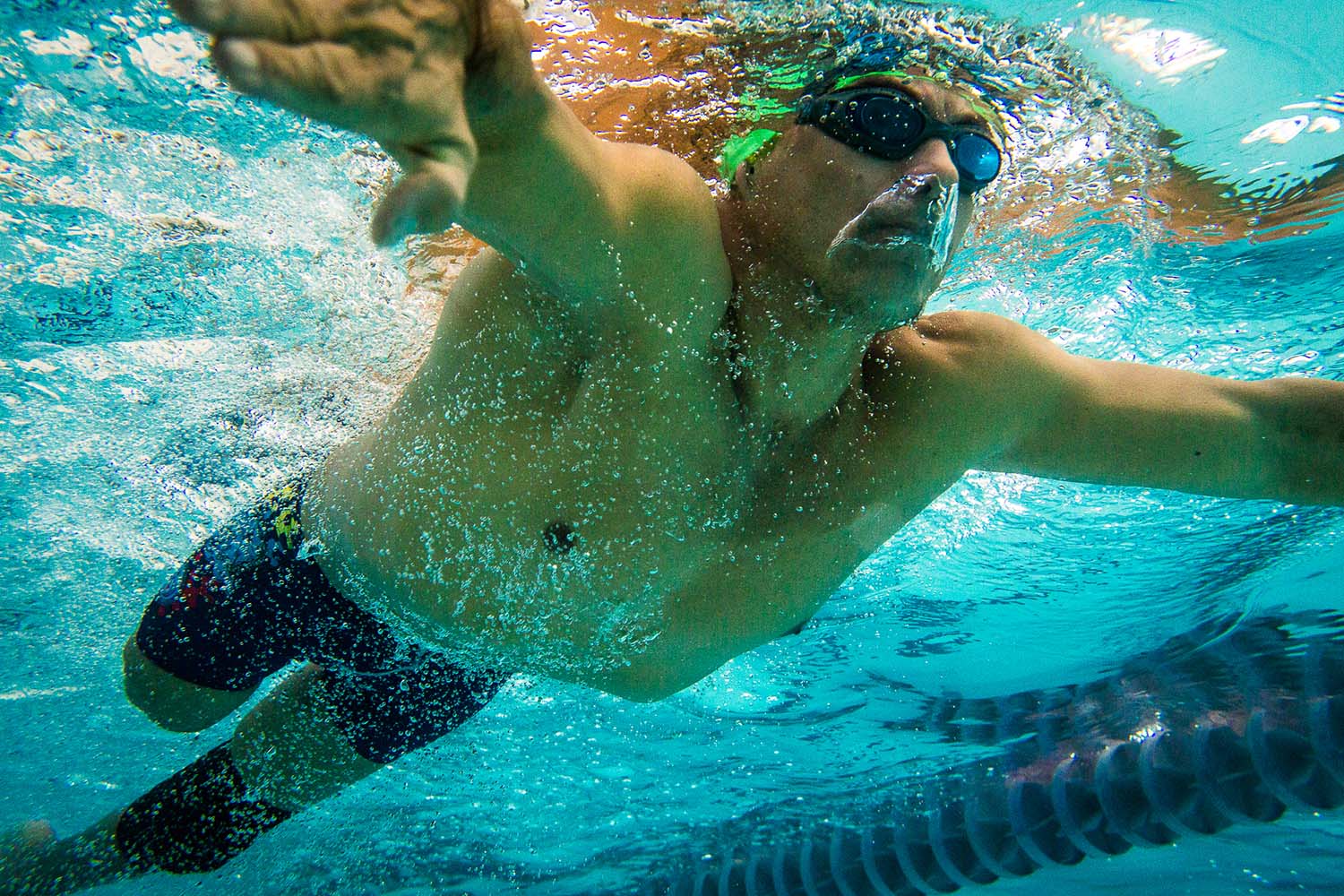 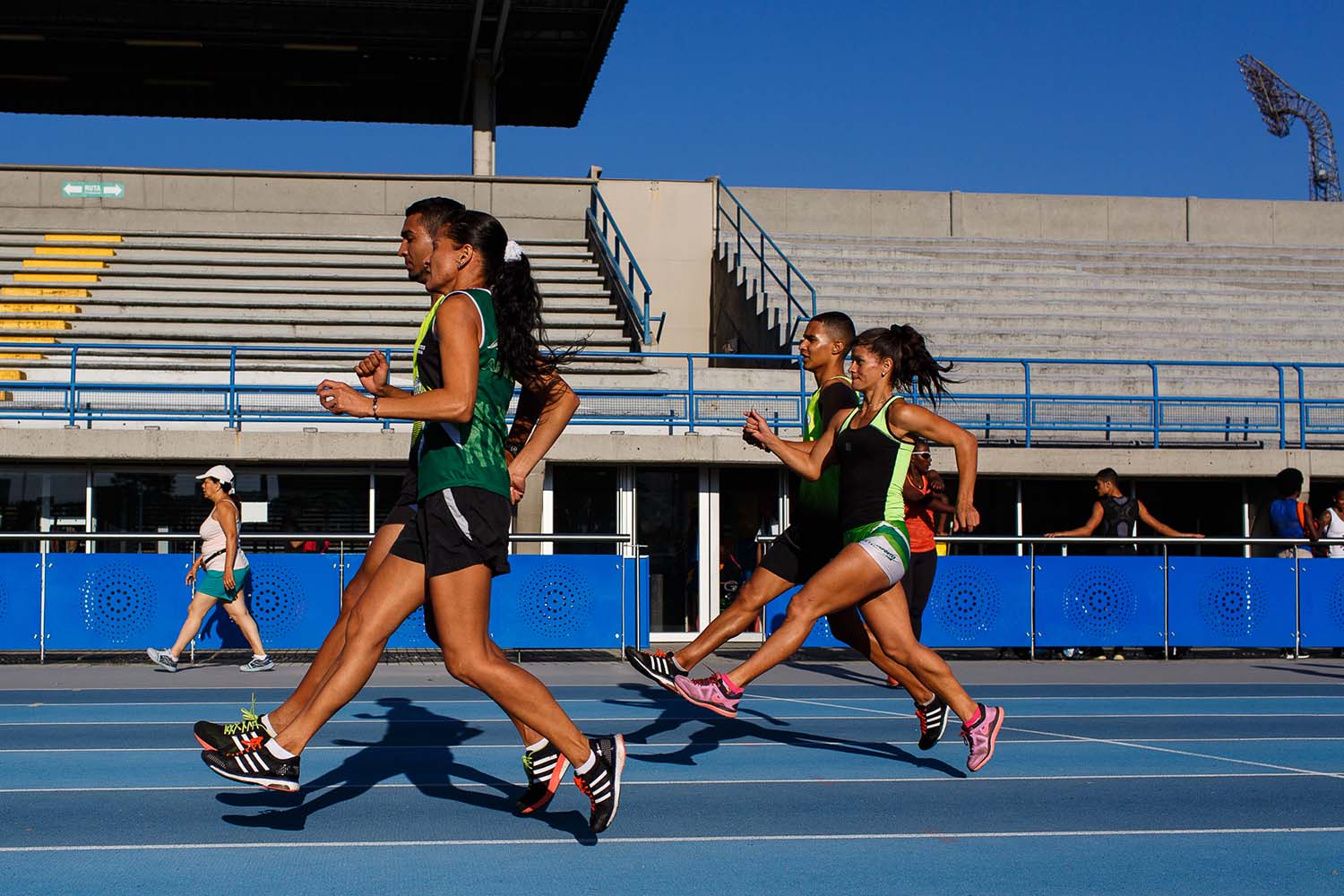 A graduate in Journalism at Escola Superior de Jornalismo in Porto, Portugal, Leal has a Masters in Photojournalism and Documentary Photography from the London College of Communication and attended the XXVIII Eddie Adams Workshop. His work has been published in any publications including; The Washington Post, Time, Al Jazeera America, CNN, Bloomberg, The Wall Street Journal, The Guardian, and the British Journal of Photography, among others.

Three years ago, Leal was invited by one of his former professors to teach photography in Macau. He started going there and finally, he decided to move there. Leal finds amazing to be able to pass knowledge to other people, especially younger students, and see their progress. He says that be able to open minds and make them question the world we live through photography is amazing.

He often tells his students to “be curious, to look at photographs as much as they can and to pick up a camera and go out, as there is a whole world out there waiting for you.” For Leal, photography is something you learn the more you practice. In his opinion, the most important is to understand light, be patient and photograph a lot.

“I always think life gives you signs of where to go next. I’m only here for two months now but I’m loving it. Obviously, facing many challenges but I think it is part of developing not only as a photographer but also as a person,” Leal adds. He thinks that his interests haven’t changed much. The geography of the place might change but he likes to keep working on the same issues. Mostly on the environment, social & political issues and women’s rights. 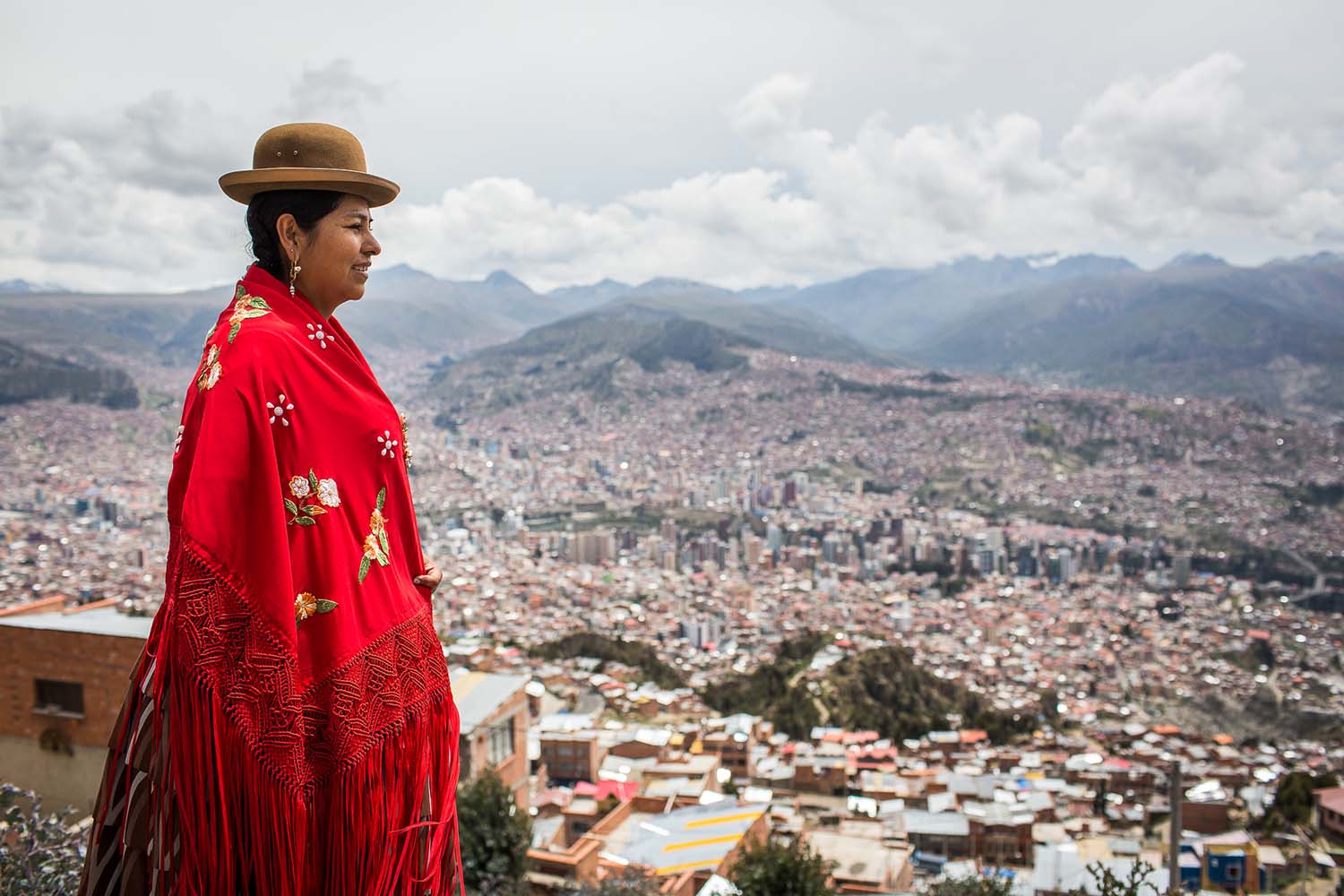 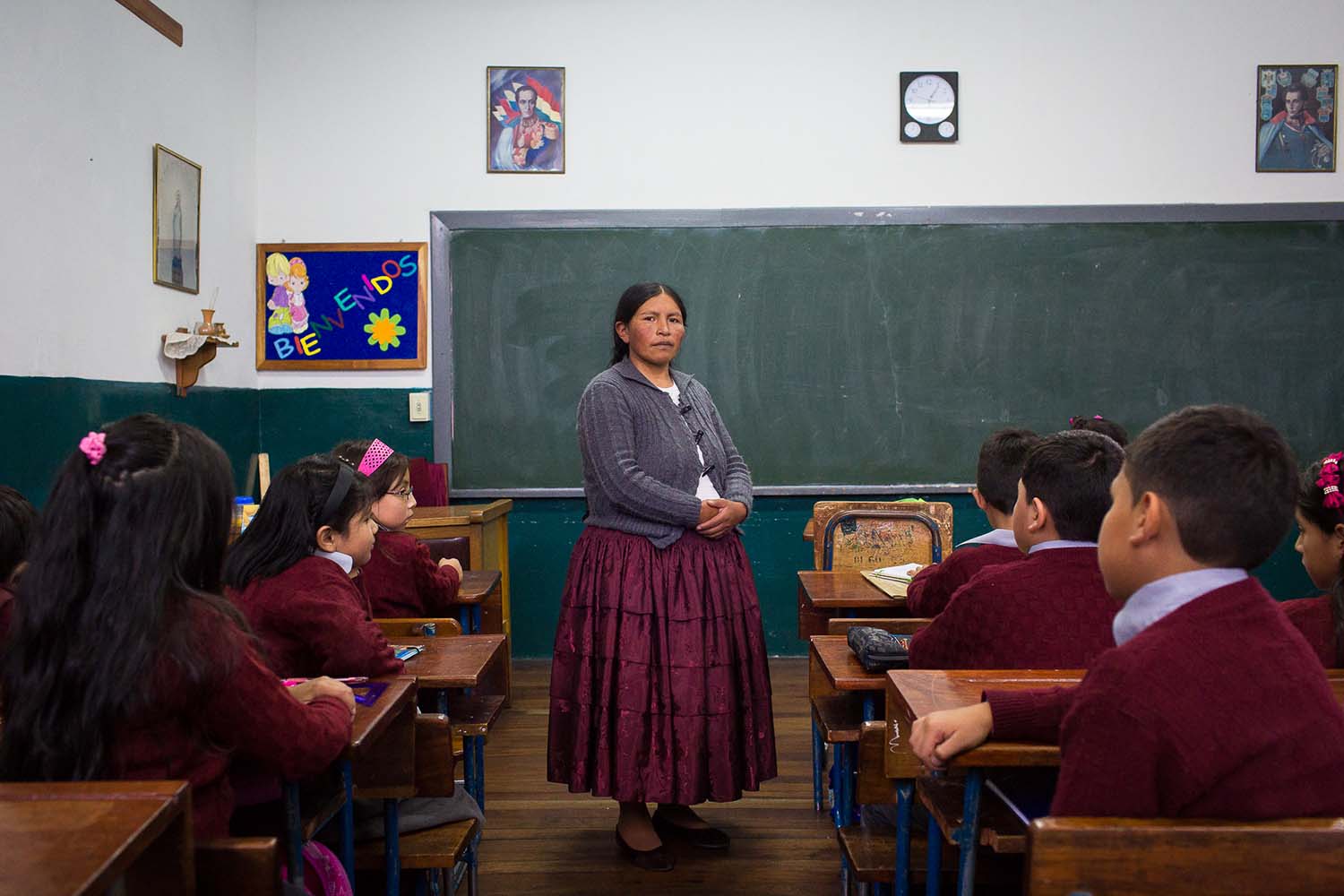 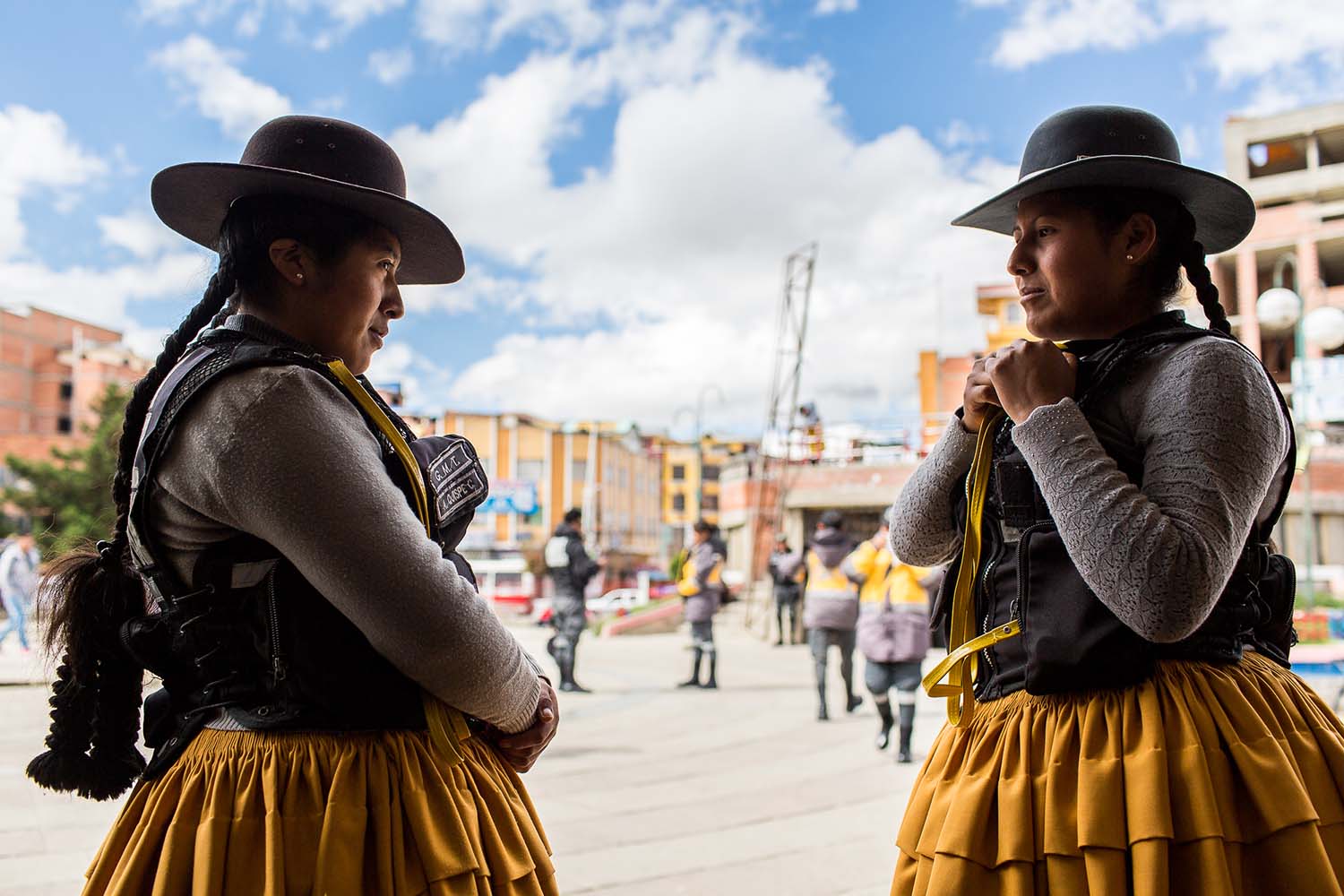 His last work in South America, “Cholita’s Rise”, was focused on the empowerment of indigenous women in Bolivia. Previous to this one he started another project on the same issue but it is still ongoing. The more he worked with issues affecting women the more interested and vocal he became about it. Without noticing it, he started getting interested in stories about women and showing the difference of treatment that they face in relation to men in different societies.

“The experience in South America was amazing. It really made me develop my style so much and slowly find my voice. I think it helped me organize much better how to develop my work, to be able to focus on the things I’m doing, and to be patient. This is something I really had to learn. Not just because of getting access, but also to understand that you need time to do things well,” he explains. 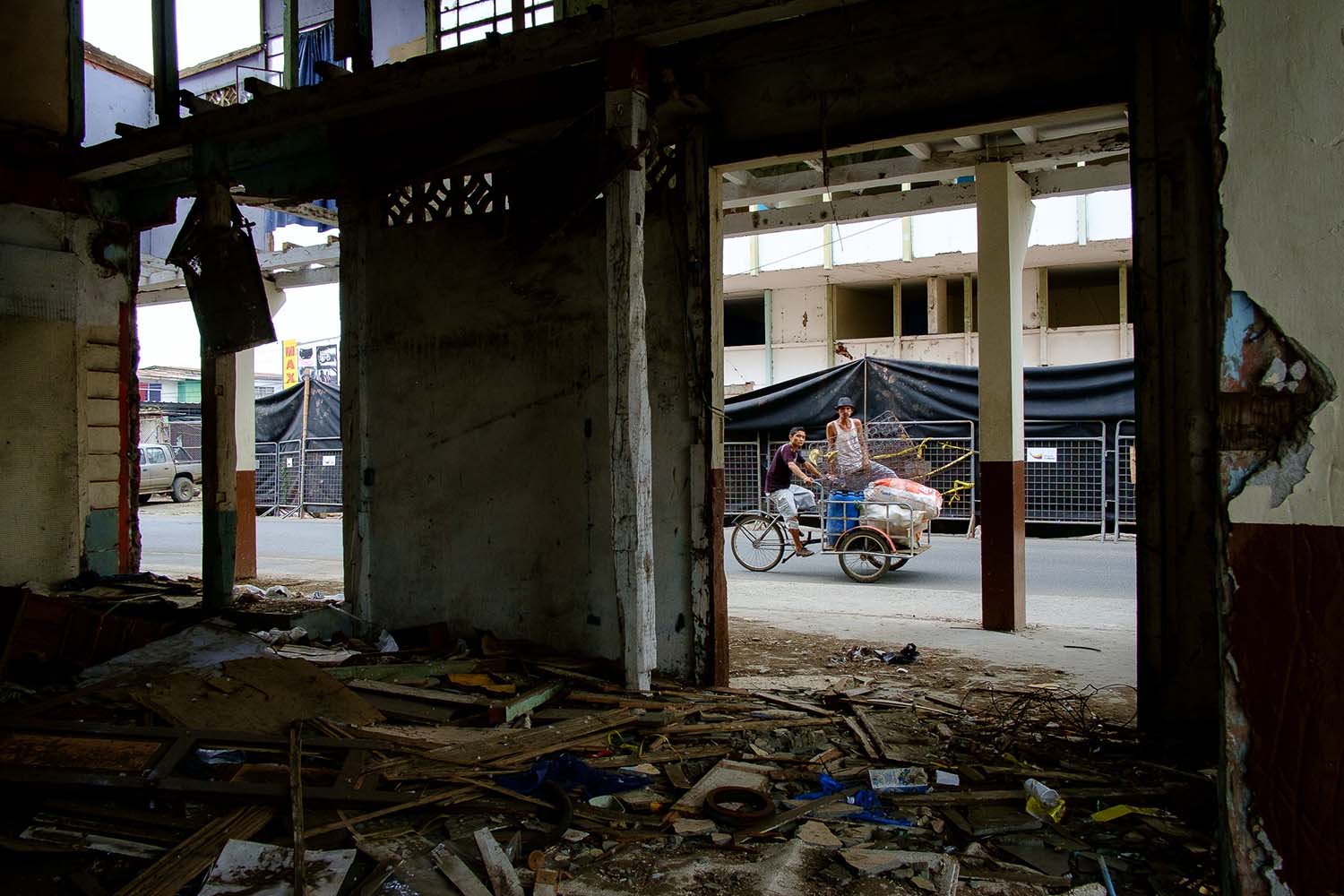 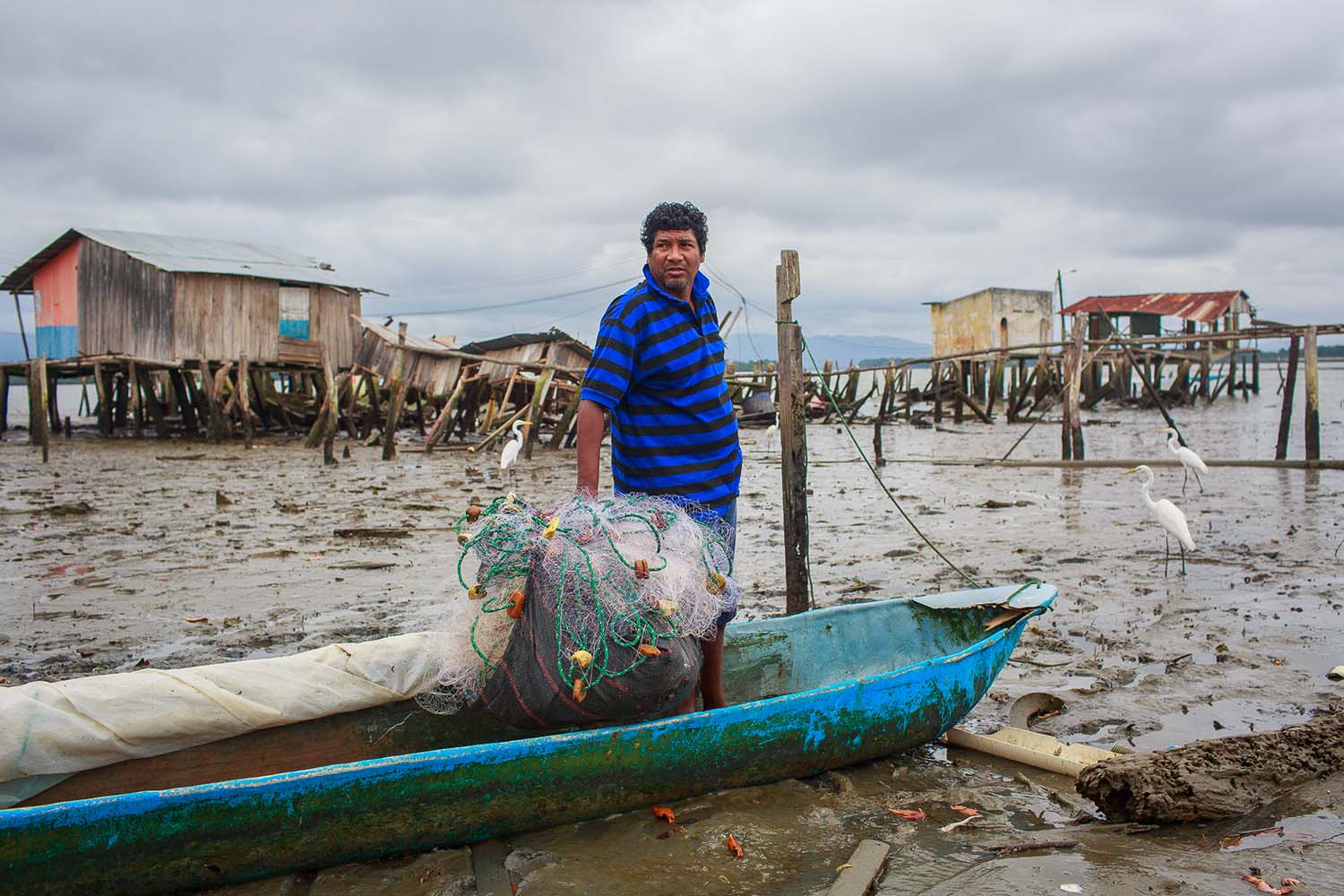 When he was on assignments, he did pretty much everything, but when he was not on one, he tried to focus on the issues that he cares about. “I worked on the field after the earthquake in Ecuador, with victims of conflict in Colombia, to improve the empowerment of women in Bolivia and on the pollution caused by plastic bags in the Bolivian Altiplano,” he adds.

His life motto is something that he read on a book and stayed with him ever since: “I'm not what I have but what I live”. There are many photographers that inspire him, but it all depends on the kind of work he is looking for. If he had to choose just one, he would say Alex Webb - “I love how he plays with light and how he can make his images so intricate, which makes you dive deeper into them as a way to try to understanding all the layers that there is in them.” 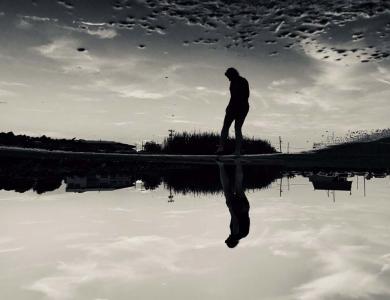 Exploring photography to the utmost to its fullest 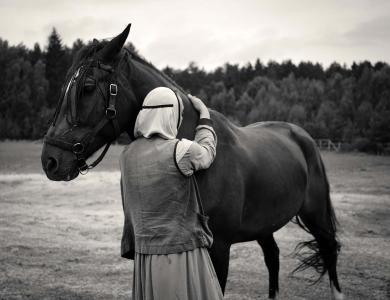