Picture This: interview with Connor Franta

Next up in our Picture This judges interview series is the award-winning author, artist and advocate Connor Franta who uses his expansive social platform to advocate for and spotlight the LGBTQIA+ community. Over the past decade, Connor has amassed half a billion views on YouTube, garnered over 20 million followers across his social platforms, and is the CEO of lifestyle brand Common Culture and disruptive music label Heard Well. He is the youngest board member of GLSEN, a non-profit org working to end bullying and harassment for LGBTQIA+ youth. He answers our questions.

From 4.1 million followers on Instagram to being a New York Times’ bestselling author, you’ve mastered many different forms of media. In your opinion, what’s the most effective channel to communicate content right now?

I think it’s less about the channel and more about the story you’re trying to tell. If you create a compelling narrative you’re proud of and stand behind, the means by which it is consumed matter much less.

You have almost five million followers on YouTube, do you have any advice on how to communicate an idea, story or issue in an effective way?

In a way, I tend to work through my process backwards. What do I want to leave the viewer feeling when it ends? What message do I hope follows them after they put their phone back into their pocket? After I’ve formed those key pieces of an idea, the story seems to fall into place with ease and the intended effect becomes clear.

What is it about judging Picture This – a competition open to everyone, everywhere, that aims to inspire individual climate action in support of the Sustainable Development Goals – that appeals to you to be involved?

Listen, I’m competitive and I love a challenge, so it was impossible to say anything but yes. When I heard about the positive, proactive nature of this open competition, it sounded like a perfect match for the content I consume and create myself.

You’ve inspired action yourself for the Thirst Project – a nonprofit working to end the global water crisis. Your efforts were so successful you won the Governor’s Award. What tips do you have for those preparing their videos for Picture This?

There’s a lot going on in the digital activism space at the moment, and I tend to feel like I’ve been subliminally fed all the ways in which the world’s problems can or should be solved, but clearly, that’s not true. The issues themselves still exist. My tip would be to think outside beyond the obvious and find a unique approach to captivate your viewers.

What are the benefits to content creators entering competitions?

It’s a great way to flex your creative muscles, reach a new audience, put a personal message out into the world, and in this case, perhaps win a fantastic prize too!

What do you hope to see from entries to Picture This?

I hope to see submissions that leave me feeling inspired, emotional and passionate to tackle our planet's environmental crisis. 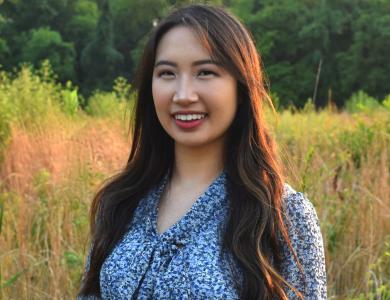 Picture This: interview with Cynthia Yue 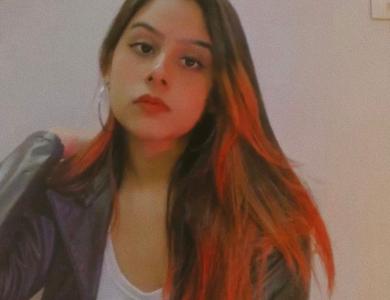 Picture This: interview with Anjali Patel