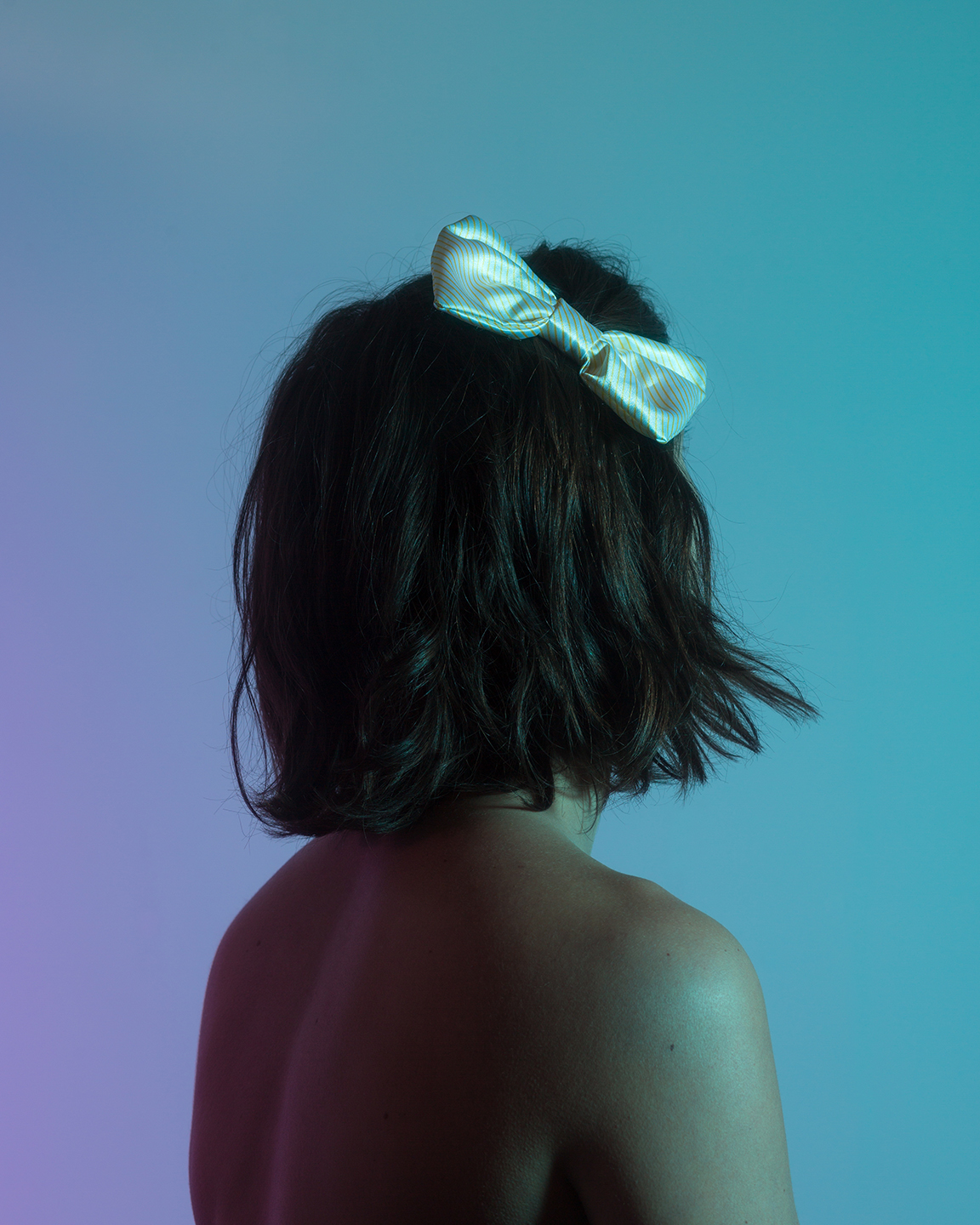 Frances F. Denny (b. 1984) is an artist and photographer whose work investigates the development of female selfhood and identity. Her work is represented by ClampArt in New York City. Radius Books published Frances' first monograph, ‘Let Virtue Be Your Guide’, in the spring of 2016. She holds an MFA from Rhode Island School of Design, and a BA from the Gallatin School of Individualized Study at New York University.

Frances is the recipient of a 2016 NYFA Fellowship, and has won numerous awards, including PDN’s 30, LensCulture Emerging Talent, Magenta Foundation Flash Forward, and Critical Mass 50. Her work has been featured by The New York Times/Women in the World, Art New England, Dazed, The Humble Arts Foundation, PDN, and A Women's Thing. Frances lives in Brooklyn, NY where she balances her art practice and a career as an editorial and commercial photographer.

‘Pink Crush’ describes the “visual iconography of late 20th-century girlhood..." Where and why did this project come about?

The ideas behind ‘Pink Crush’ had percolated for about a year before I began making the actual images. I was thinking about the materiality of my own experience of being a girl during a certain era of pop culture, and the objects and motifs that I associated with growing up in the 90’s that still resonate with me today as a grown woman. I read Roxane Gay’s Bad Feminist and Sheila Heti’s How Should a Person Be?, which informed the way I conceived of the project. At it’s heart, ‘Pink Crush’ asserts that feminism doesn’t have to reject a proclivity for the color pink, or traditional “girliness”—but it should question the reasons for those penchants.

For ‘Pink Crush’, I wanted to photograph in a new way. rather than use a film camera and natural light as I did for my previous series ‘Let Virtue Be Your Guide’. I craved the control studio lighting would provide, so I experimented using strobes with colored gels. That heightened the plasticity and artificiality I was looking to imbue the photos with. 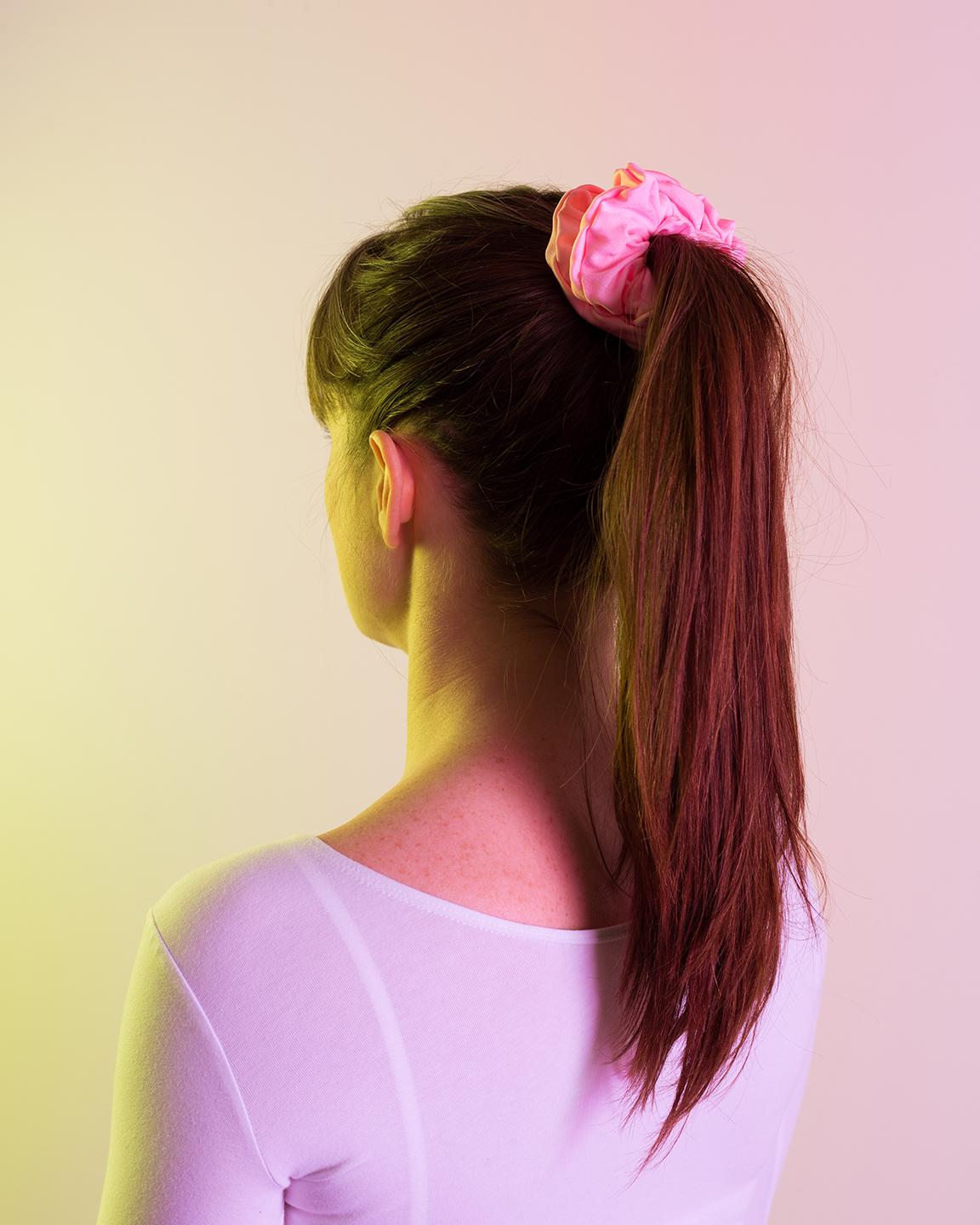 I am continually fascinated by image-making, and the ever-changing role photography plays in the world. Pictures tell stories, and photography is the language I find most expressive. There is something more nuanced about a picture than a sentence; it leaves more room for a viewer to wonder.

You’ve worked with many clients, and you also work on your own personal projects. How do you balance both to achieve the best results?

Though there is usually a difference in how I photograph when working on a personal project versus a commission for a client, there is also a lot of overlap in how I approach both kinds of work. My focus as an artist is on female selfhood, and the various factors that impact the development of female identity. The majority of my freelance work involves photographing women in some capacity, whether it’s a street-style feature, a formal portrait for a magazine, or models in a fashion look-book. My perspective and sensitivities as an artist definitely influence how I approach all of my subjects, regardless if I am photographing for myself or a client. 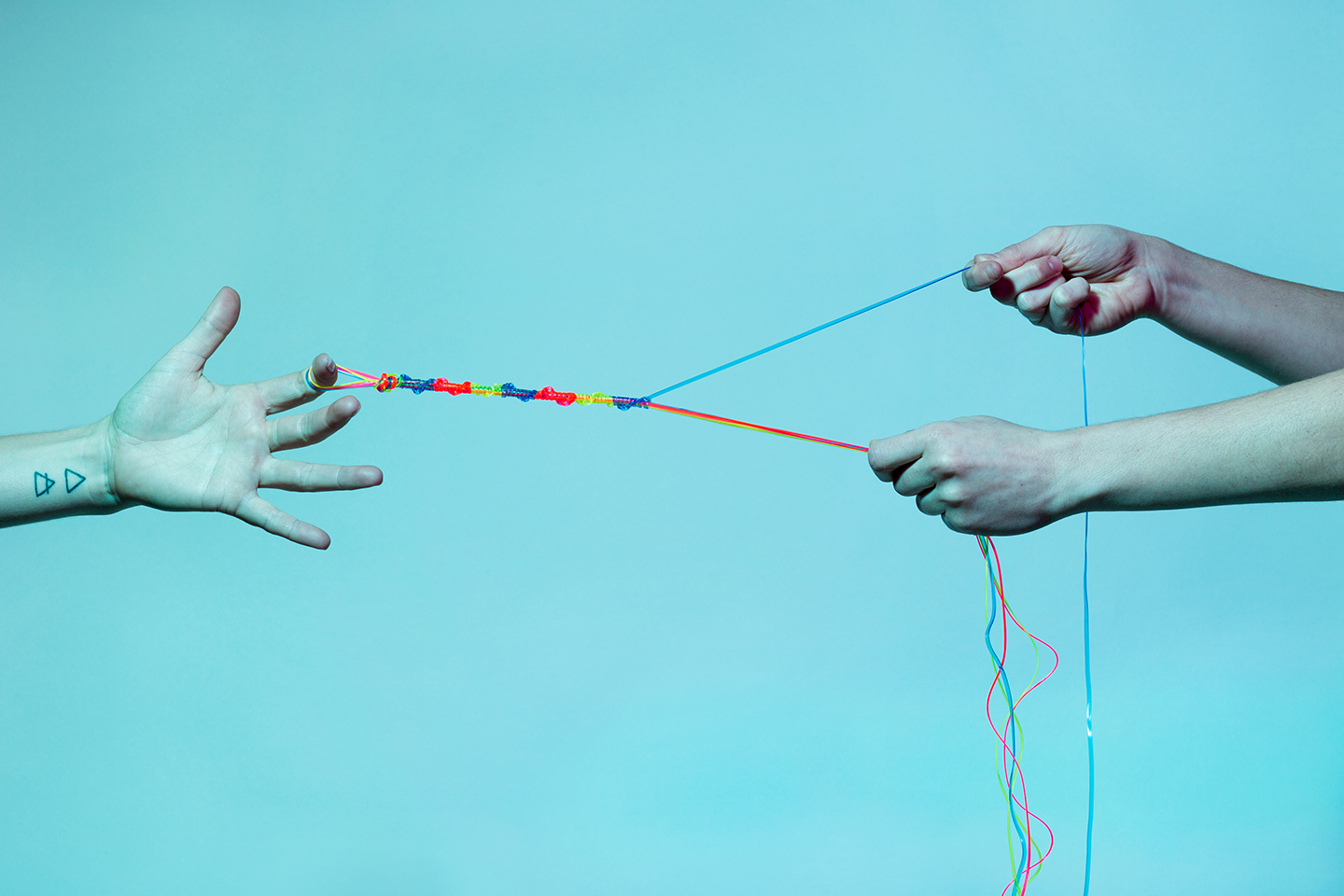 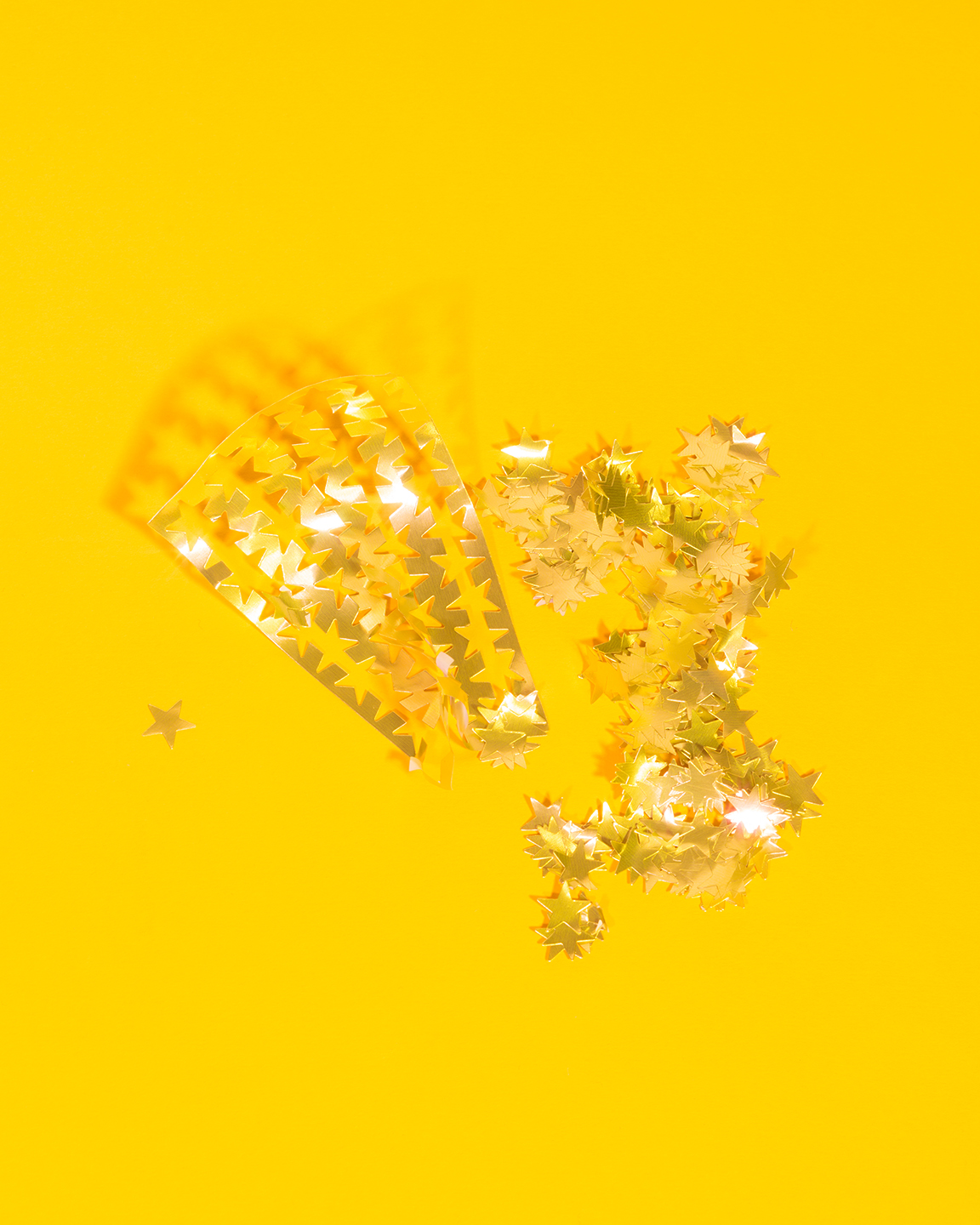 I think you have to be obsessed with imagery of all kinds to be a good photographer - to know your art history, but also to know what’s happening on Instagram. To be actively absorbing and exposing yourself to new and old ways of image-making, whether it’s going to galleries and museums, or giving a friend feedback on her new work, it’s all grist for the mill, and keeps my own eye sharp and informed. 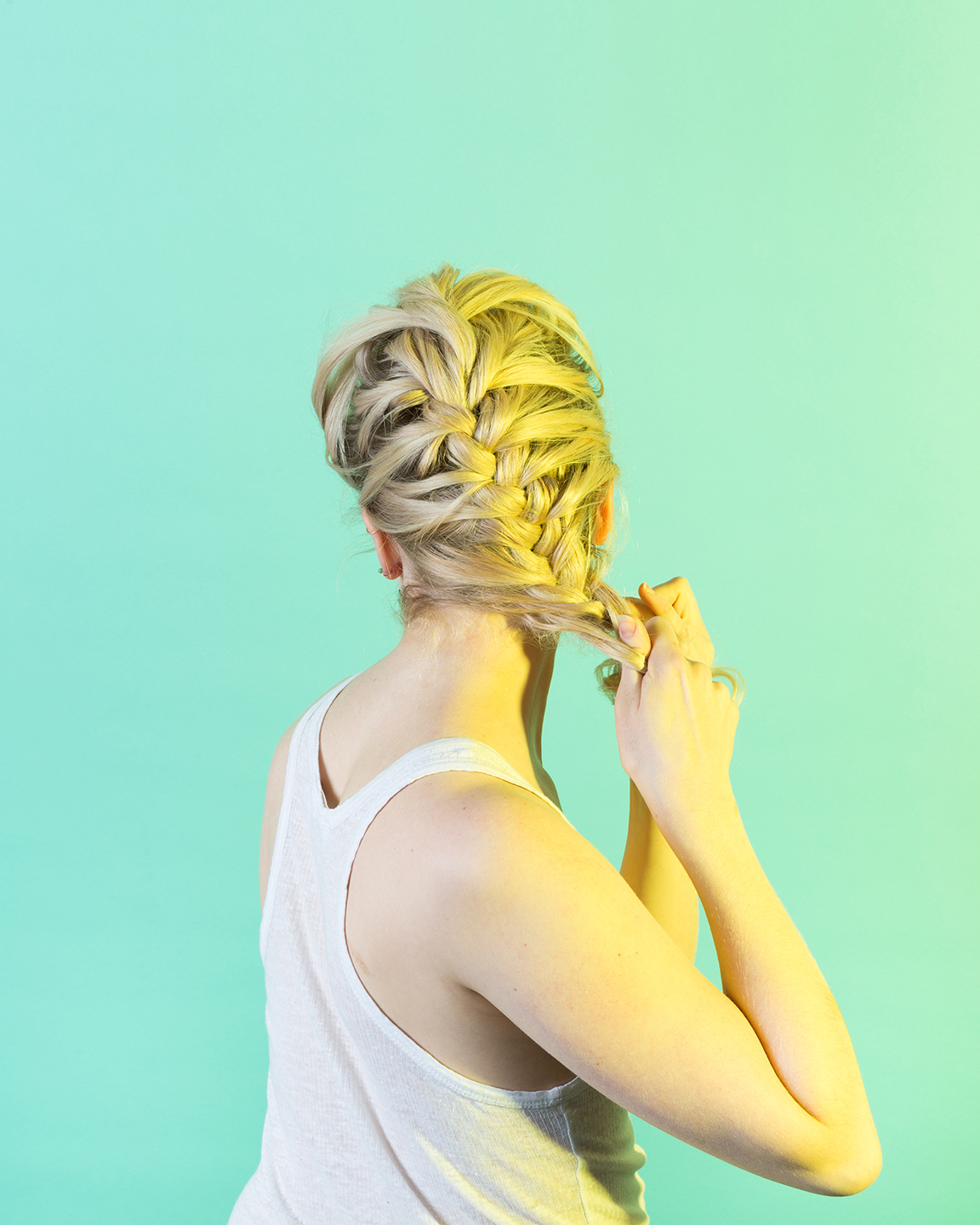 Where in the world are you, what’s next for you?

I live in Brooklyn, New York. For the last year, I’ve been working on a long-term portrait project that has taken me all over the country. It’s still under wraps, so stay tuned. I published my first monograph last spring (Radius Books), called ‘Let Virtue Be Your Guide’, and had three solo exhibitions of the series. I’m looking forward to travelling even more this year, and working with both my regular freelance clients and collaborating with new ones. 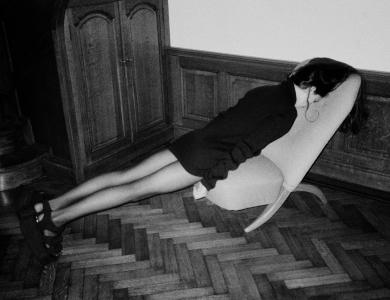 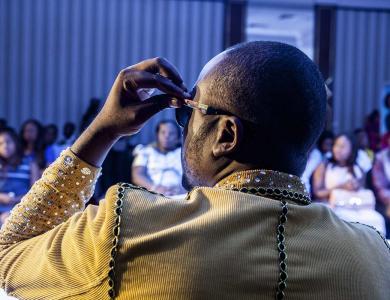