Searching for a true collaborative portrait 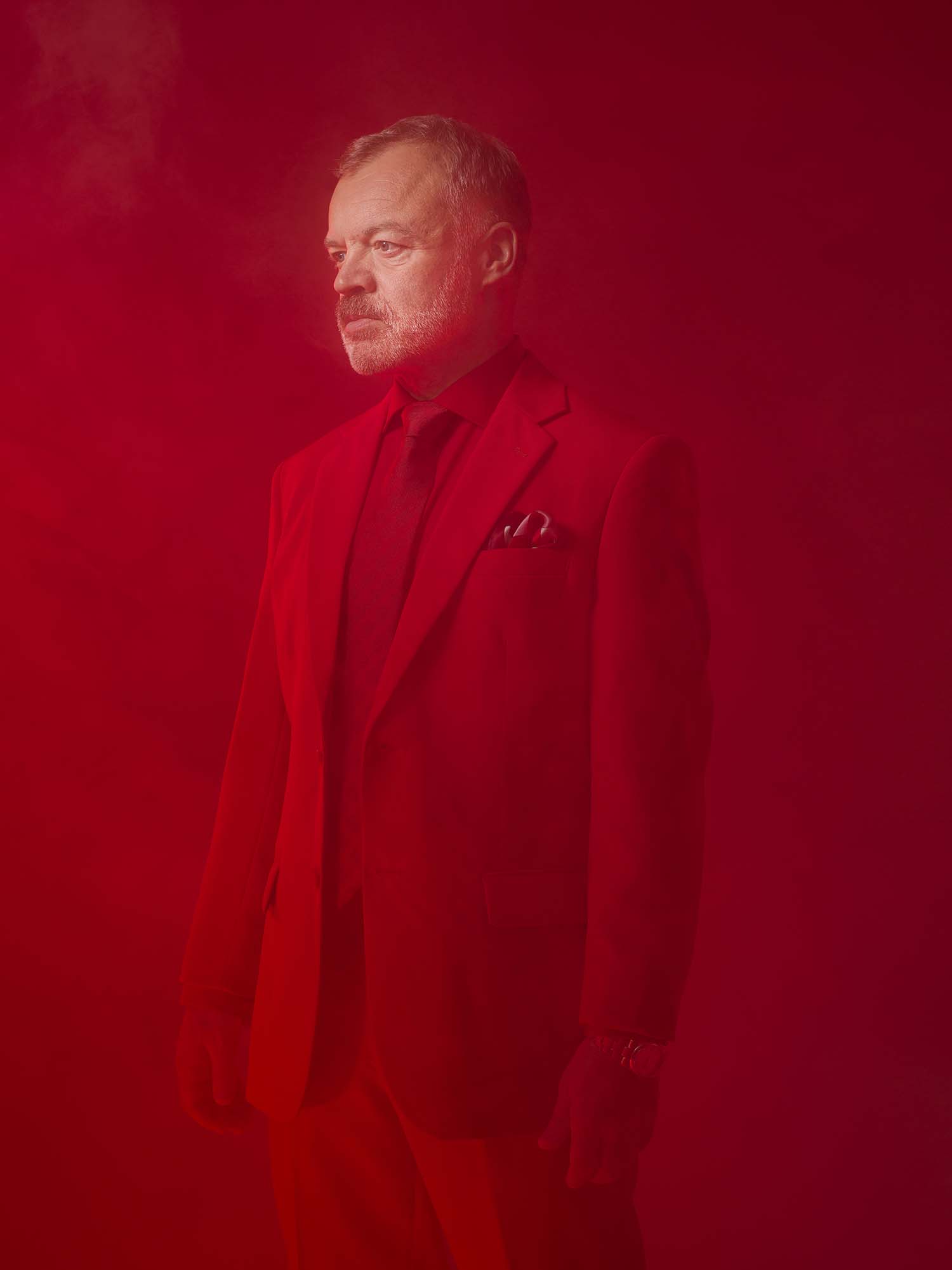 Pål Hansen is one of London's most published photographers. His pictures are seen in many British and international publications on a weekly basis and his work is often seen on the world's biggest competition shortlists.

His portrait of Graham Norton is shortlisted in the Open competition of the 2018 Sony World Photography Awards. You can see the image in person during the 2018 Exhibition at Somerset House.

Hi Pål. Thanks for taking the time to chat. Please introduce yourself and your photography

My name is Pål Hansen and I am a Norwegian portrait photographer living in London, UK. I have lived and worked in the UK since 1996 and have carved out a successful career in editorial portraiture. My commissioned portraits are mainly of celebrities or other prominent individuals. My work can be seen weekly in some of Britains most well-respected publications and I have worked for publications such as Time Magazine, Vanity Fair, British Vogue, The Observer Magazines, The Guardian Weekend Magazine, Sunday Times Magazine and many more. My portraits are mainly a result of communication with my sitter whilst I shoot. Although sometimes the portraits are concept-driven, a lot of the time they attempt to capture a moment that was created through collaboration with the sitter. I enjoy the collaborative side of portraiture and believe that a true portrait is created when the sitter and photographer share an understanding of what the image should be and have both contributed to making it work. 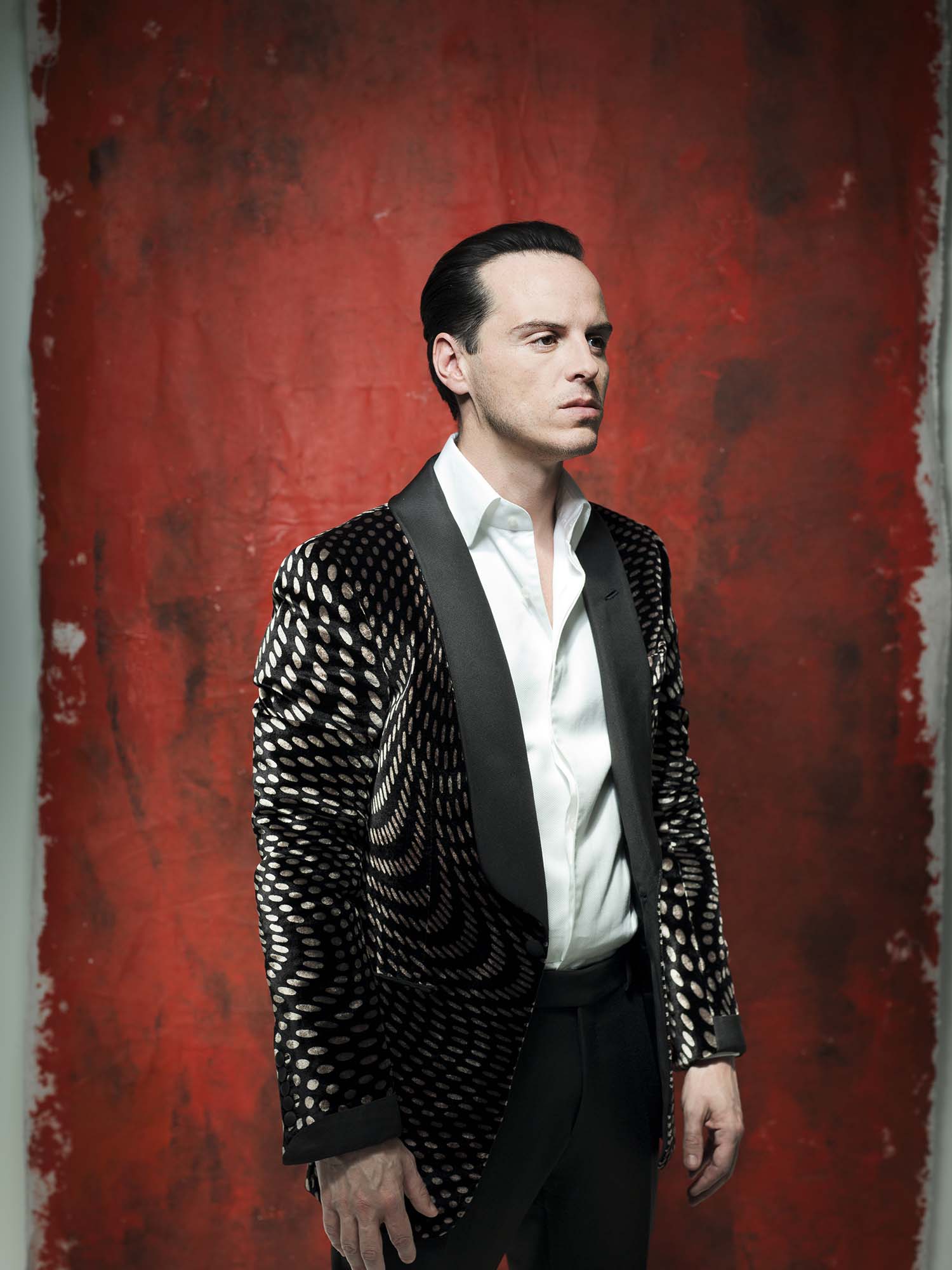 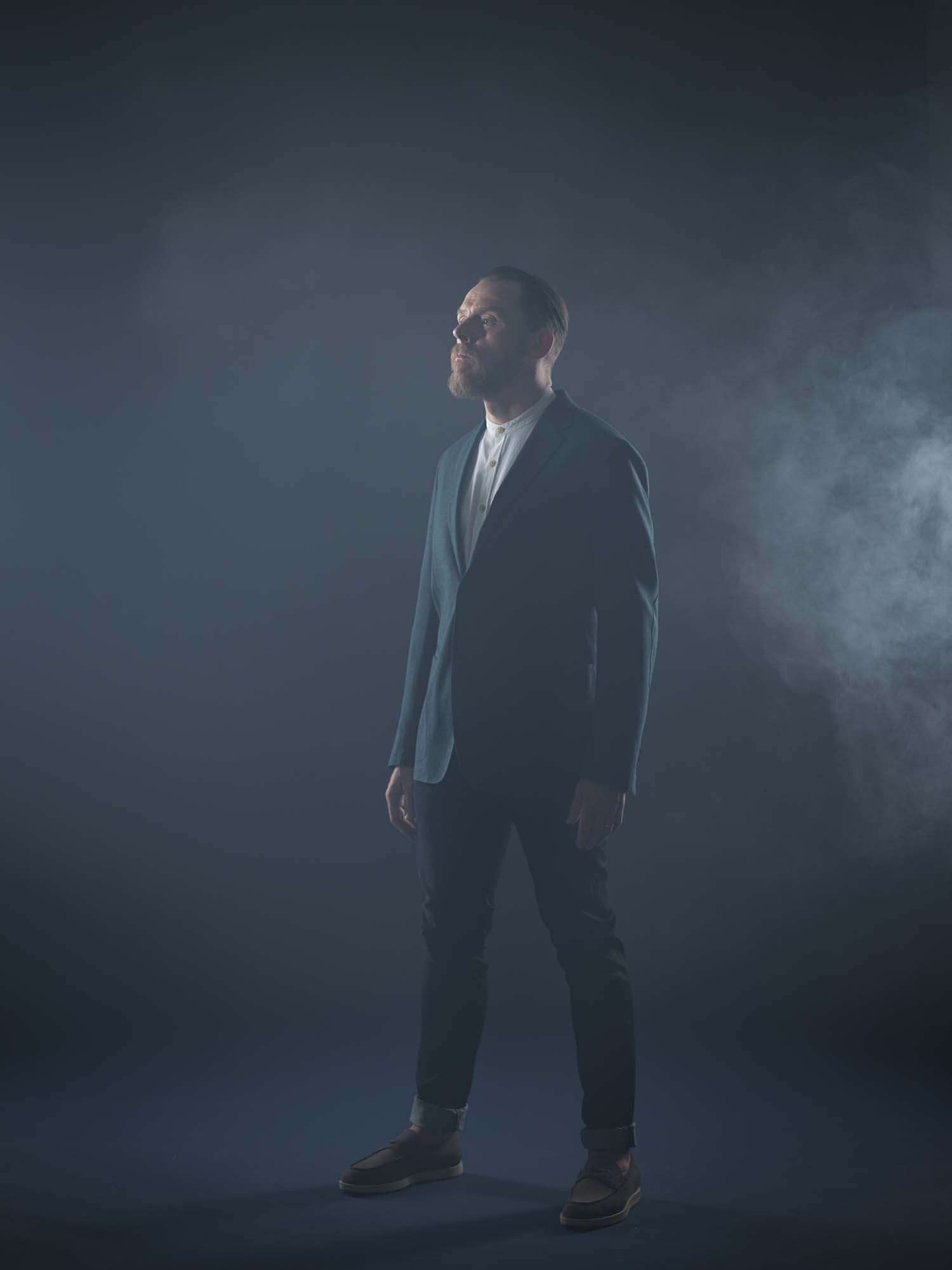 Why photography? How did you get started in the medium?

I first started looking into photography as a possible profession in the mid-90s. Although I had always had an interest in the medium, it was only then I realised that it could make a career out of it. I was in the Norwegian army at the time and after three years was ready for a change of direction. With the help of a friend of the family, I managed to put a portfolio together and applied to universities in the UK, where I was accepted into Nottingham Trent University in 1996. I never considered myself an academic, always preferring to more practical and creative endeavors. Photography appealed to me as it was more about the visual and practical rather than academic. Although the Norwegian army had appealed to me for the same reason, I found that the insular environment of the army didn't appeal to me and I was curious to travel to experience and see more. Photography would give me not only a more physical freedom but also a creative freedom of expression. 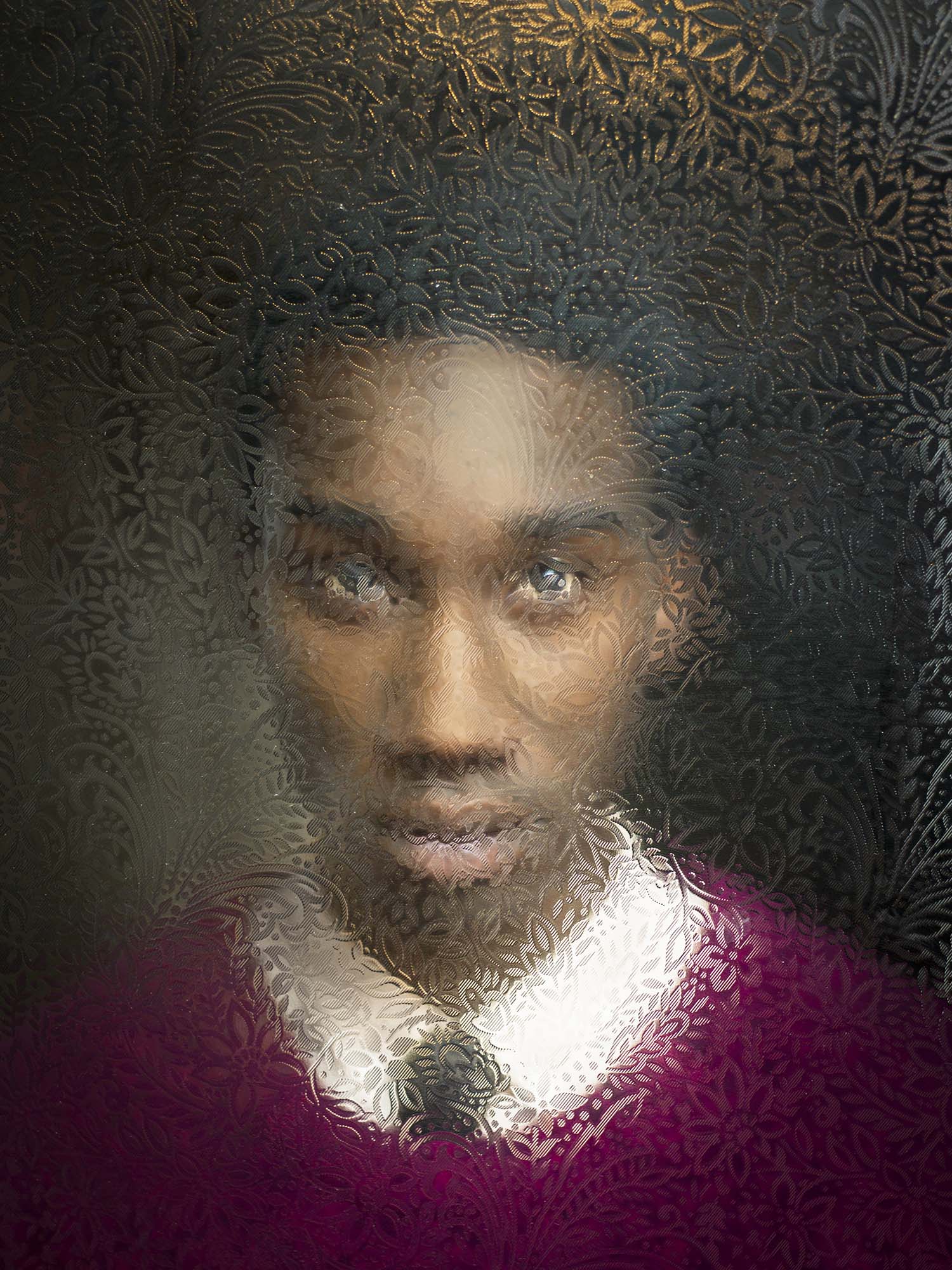 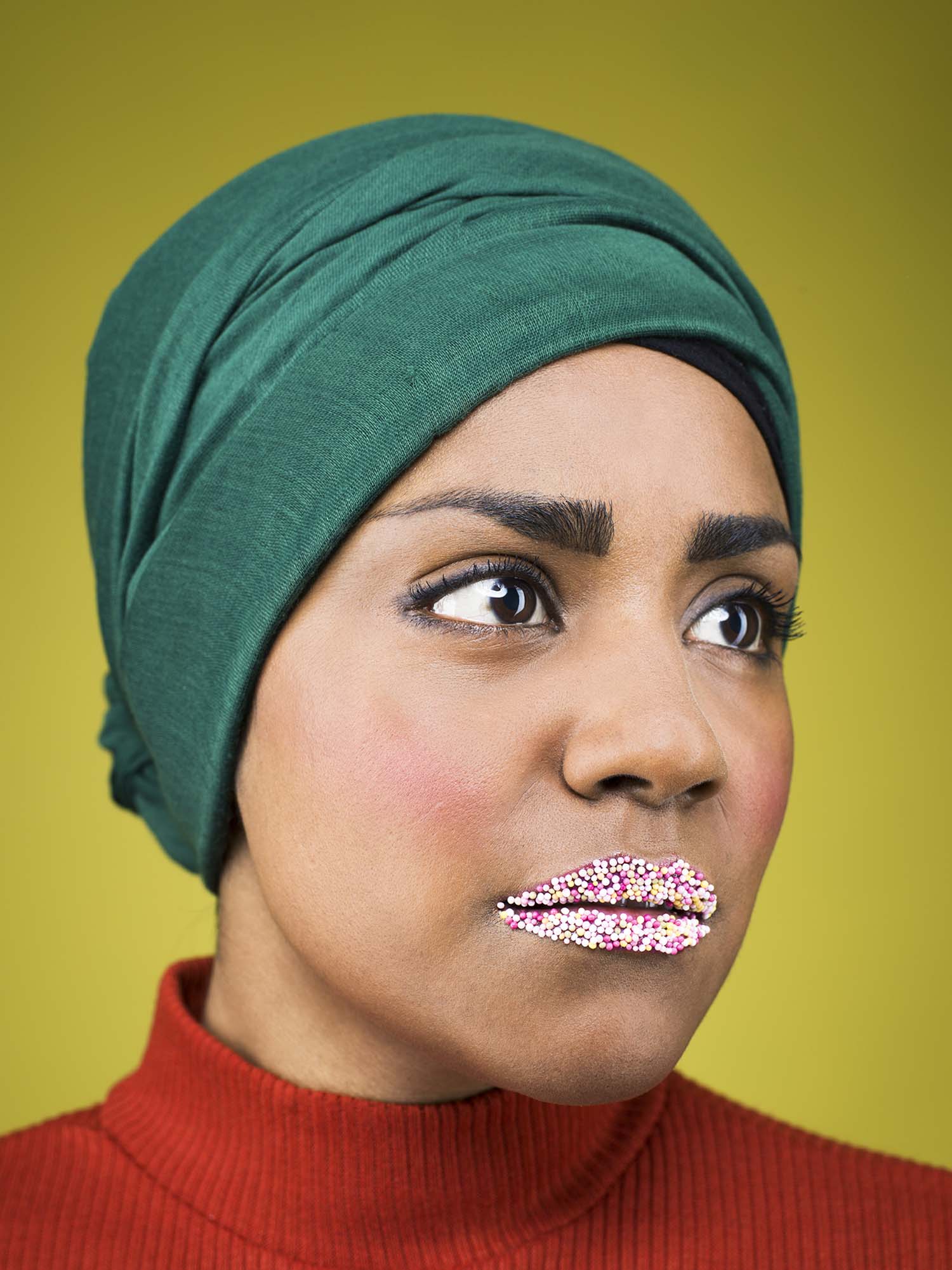 Tell us more about your successful image in this year's competition

This image was commissioned by Kit Burnett, the picture editor of the Observer Magazine. The idea behind the shoot was to have Graham Norton pictured in red with a red backdrop. Not only would this be a colour that would suit Graham and create a visually interesting image, but it would also work well as a cover for a Christmas issue of the magazine without going down the more obvious route of using props. When I was setting up for the shoot I started experimenting with smoke and gelled lights. I found that by combining these additional elements to the shoot as well as the red outfit, it gave the image a more painterly feel, a little more dreamy. The clean light to pick up Graham's face was necessary to make him jump out of the red frame and for the image to have a focus point.

The light and smoke make him look like someone who is just about to step out on stage or into a ring. Graham's look into the distance gives the impression that he is mentally preparing himself to go on stage, the moment of quiet reflection and preparation before a performance.

Lastly, red is a colour that is traditionally worn by women more than men. Graham is openly gay and has been an important figurehead for the gay movement. Many men would not suit the colour and many would object to being photographed in red, but Graham not only suits the colour but is able to wear it with great elegance. 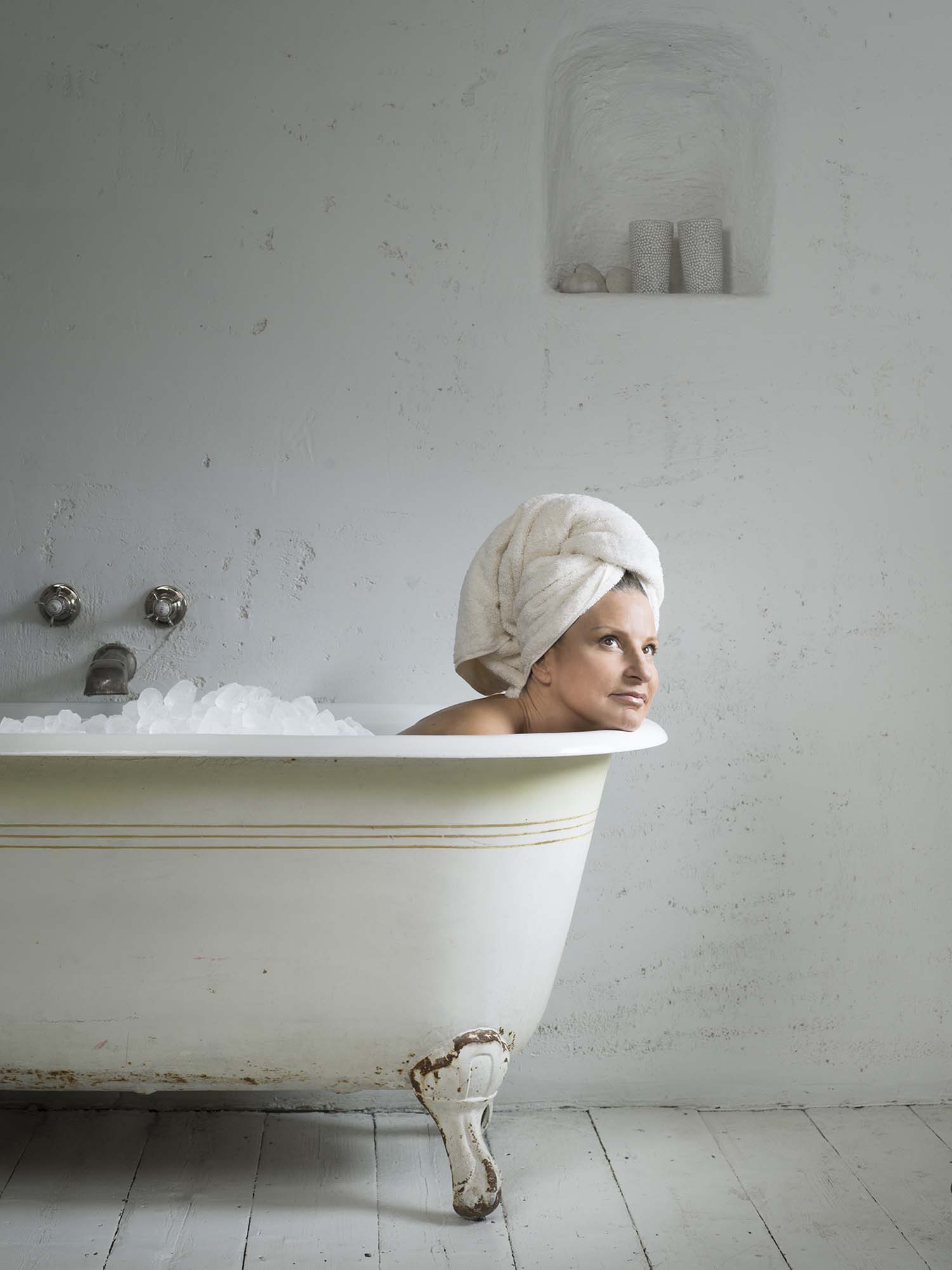 Your work focuses mainly on portraiture, and specifically with celebrities. How do you approach each shoot with what must be very individual personalities?

I always approach my celebrity shoots in the same way as I would approach any other portraits. I do research on the subject and try to learn about their life outside the public eye. When I meet my sitters I engage in normal conversation and keep the conversation going through the shoot if it feels natural. This allows the sitter to relax and think about other things rather than the camera in front of them. A conversation will also allow for the shoot to develop and move in directions that could not have been predicted; a natural smile or laugh, an unexpected expression, a movement that could not have been planned, and so on. I intersperse the conversations with direct instructions in order to make sure I get the images I need and had planned for. Many ideas for my shoots come on the day and are inspired by the location and what I see at the location. Restrictions like time, location, weather and background are obstacles I have to overcome on many shoots as they are predetermined often by the celebrity's schedule. Using these obstacles to my advantage and making it a part of the image can sometimes be a part of the solution. In terms of this image, this was made in a professional studio and I had complete control of my environment. 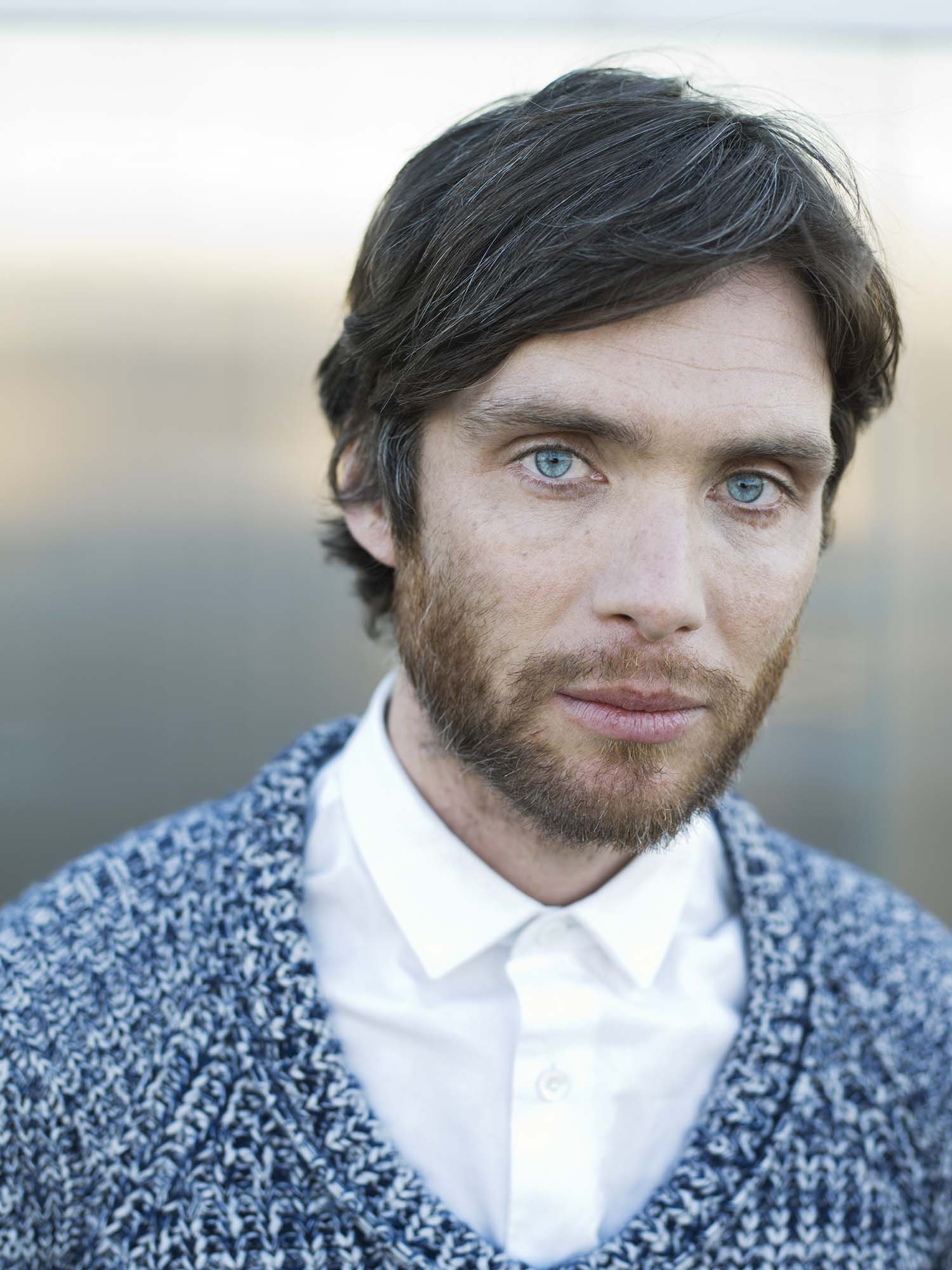 In your opinion, what makes a portrait stand out and grab us? 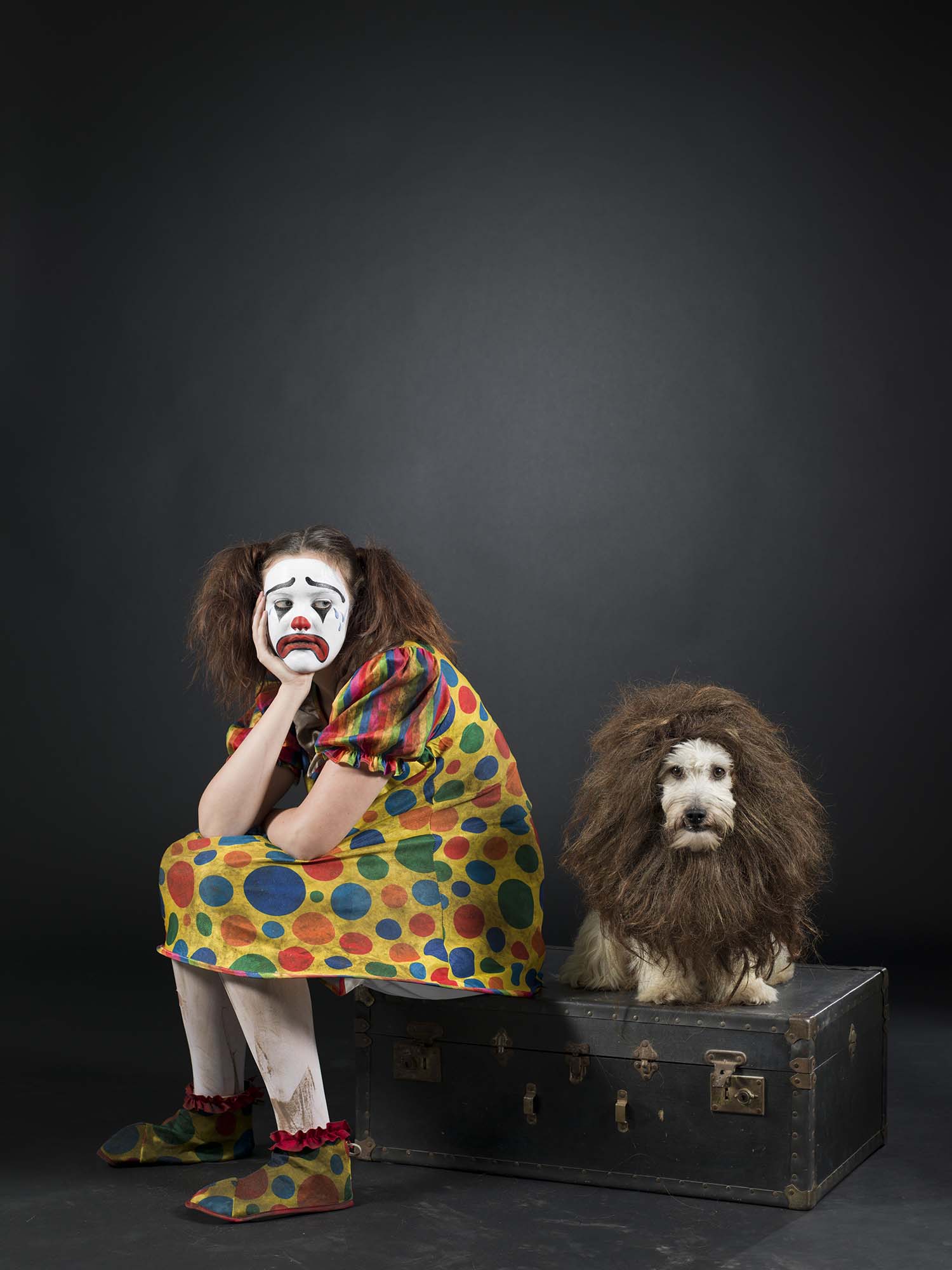 Do you have a set philosophy you try and work towards with your work or do you approach things more as they come?

I want my work to be a collaborative process between my sitters and I. I am there to create an environment for them to feel comfortable and at ease. In a perfect sitting the subject will feel that they are giving to the process of being photographed, as well as receiving a part of me as the photographer. A perfect shoot for me is a shoot where everyone involved feeds off each other; a suggestion from me could be developed further and made personal by the engagement from the sitter. The collaborative process between my sitters and I is what I strive for in order to capture a good portrait.

I am based in the UK and have been for over 20 years. I am in the middle of a couple of long-term projects which I hope to release in the next year or two. I also wish to expand my network for celebrity portraiture, constantly looking for new interesting outlets and new and interesting subjects.

In my 22 years of photography, I have never focused on Norway as a background or an outlet for my images. I now wish to develop more contacts in my fatherland and collaborate more with Norwegians and hope to do more personal work in Norway at some point in the not too distant future. 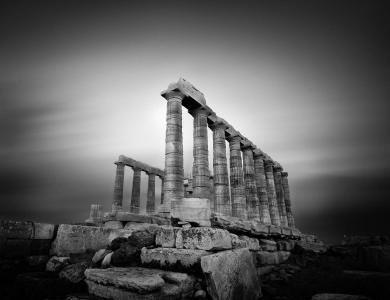 Black and white photography at its finest 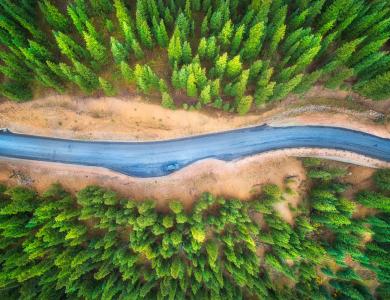