11 outstanding portraits that will inspire and delight 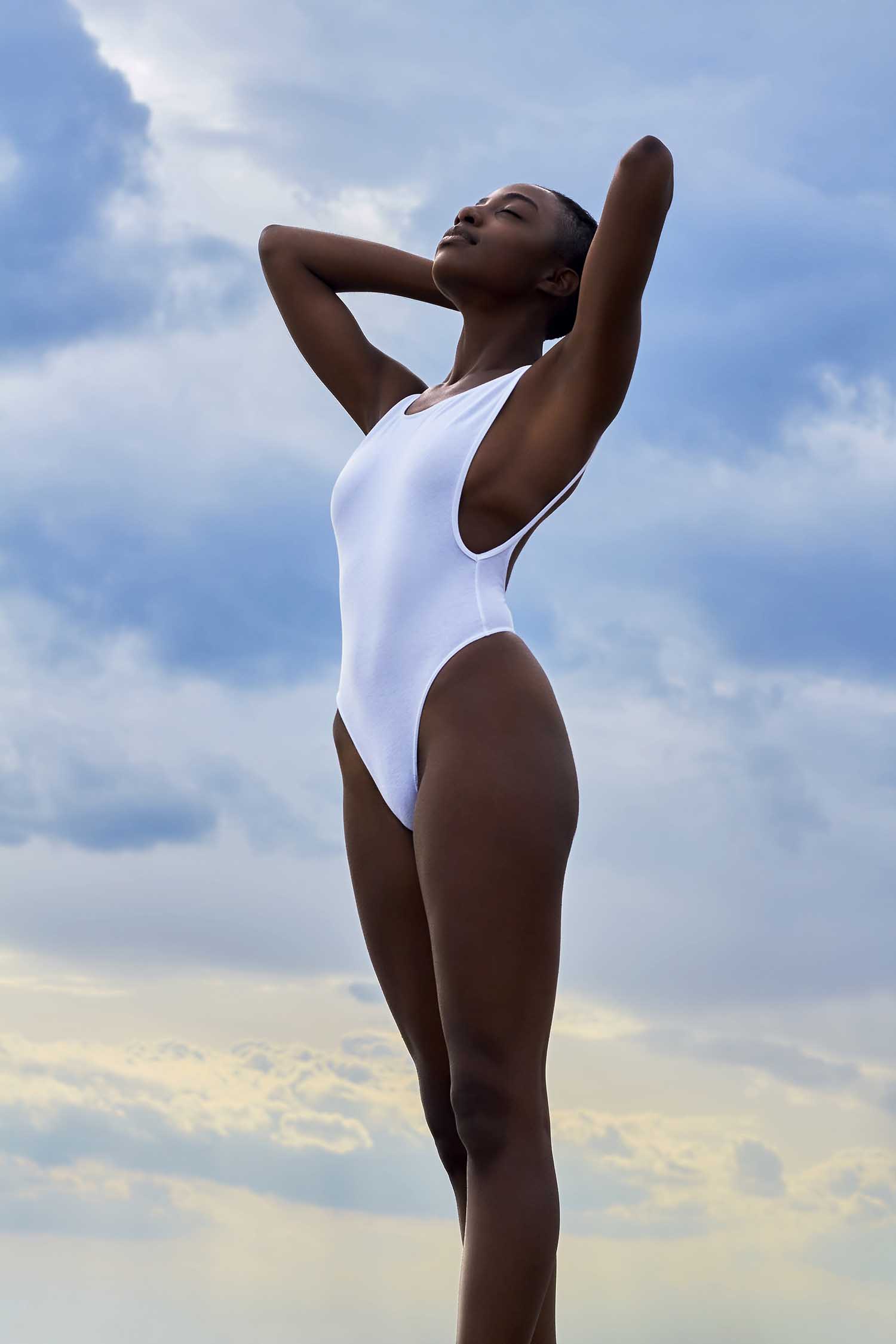 We are happy to announce Sabina Miklowitz as our September winner from the Open competition of the 2018 Sony World Photography Awards. The striking portrait of her friend Whitney was chosen for its vibrancy and power.

You can enter the 2018 Sony World Photography Awards for free.

Sabina developed a passion for photography at an early age when she received her first camera for her 9th birthday. Photo expeditions with her father around the vineyards of her coastal California hometown filled her first 35mm film rolls, but she gradually transitioned away from landscapes and still lifes in favour of portraiture toward the end of high school. As sessions with actors and musicians became more creative and elaborate, Sabina discovered that she had a passion for styling and art direction, which eventually led her to pursue fashion photography.  She relocated to New York City in 2013 after having dreamt of it since her first visit nearly a decade prior, and currently works as a retoucher for a major fashion brand, taking on freelance jobs and passion projects in her spare time.

Hi Sabina. Congratulations on winning the monthly prize for September. Firstly, tell us a little about you and your photography

Thank you so much! I grew up on the Central Coast of California and spent my summers in Croatia visiting my mother’s side of the family. My parents are both artistic people, so my childhood home was filled with my mother’s charcoal drawings and the sounds of her fingers on the piano, philosophical discussions at the dinner table, and slideshow parties where my father would put on reels of his travel photography (if I was lucky, I’d get to press the button to advance the slide). Photography quickly became an obsession after receiving my first camera for my 9th birthday, and I have fond memories of going on photo adventures with my dad, taking the film to Longs Drugs, and then giving each other critiques after receiving our prints. In high school, I began taking pictures of friends and finding wacky clothes and accessories to style them in, and after deciding to major in photography in college, I started taking on my first clients in wedding photography and musician headshots. Finally, after graduating in 2012, I packed a suitcase and a camera bag and moved across the country to New York City to pursue fashion photography. As every New York transplant will tell you, this city has a way of kicking you to the curb in ways you never see coming, but it’s been an incredibly rewarding and exciting experience. 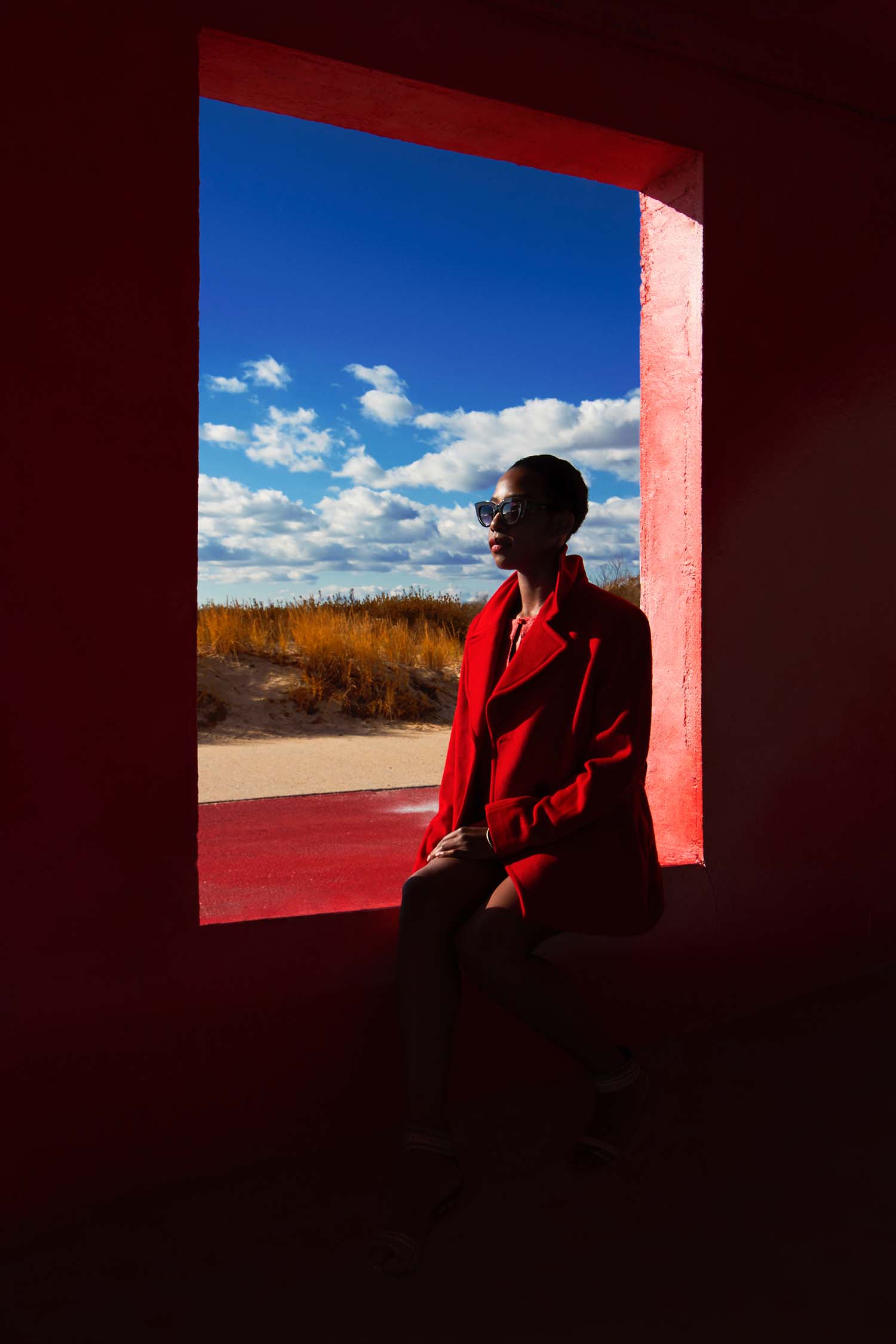 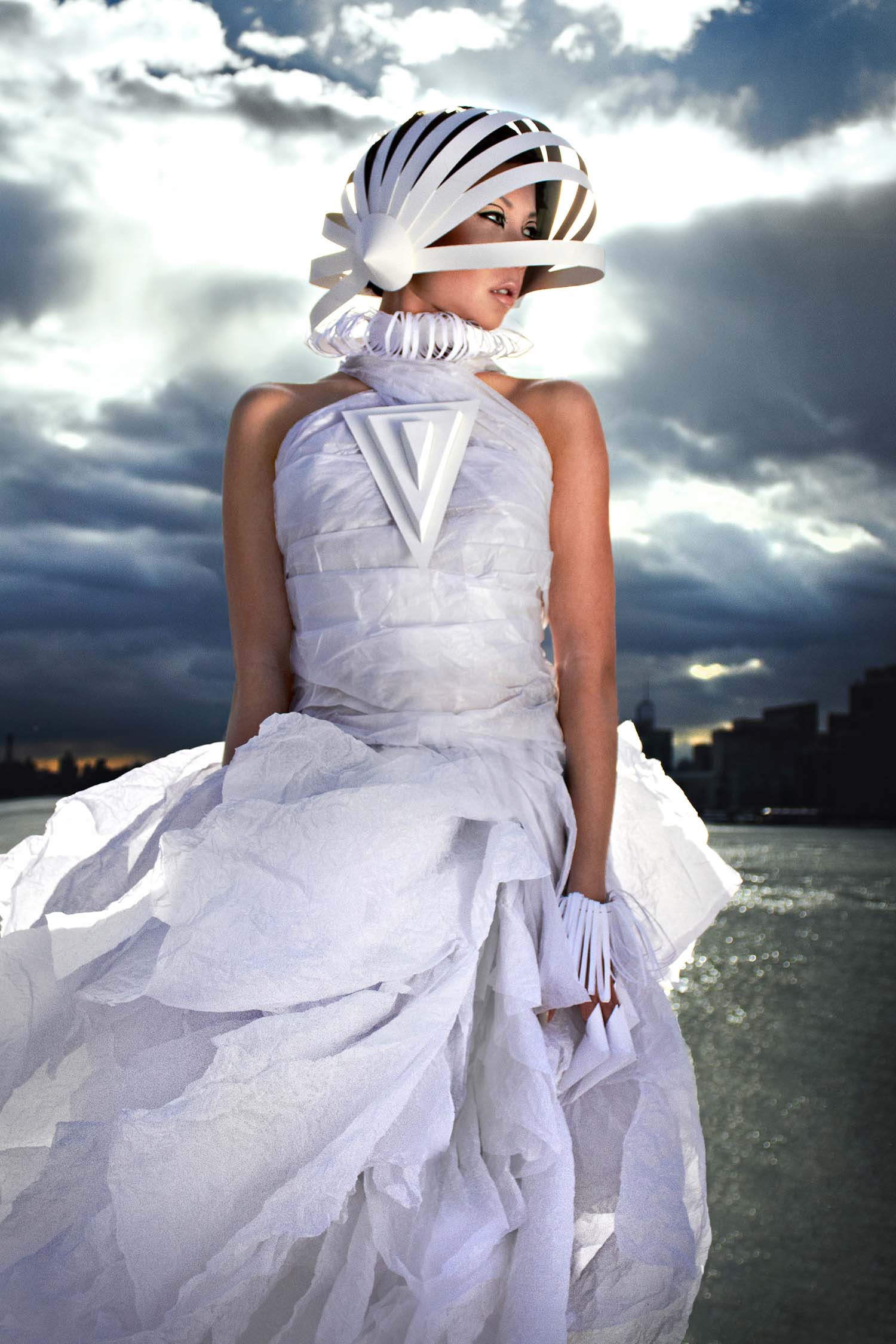 Take us through the winning shot... how, when and why did this come about?

Whitney (the model) is a good friend of mine who needed a few fun, lighthearted beachy commercial shots for her book, so we went out to Brighton Beach toward the end of April. I've really been digging the simplicity (and the challenge) of shooting with pure natural light as of late, so all I brought was my camera and a few lens options. In what turned out to be a blessing in disguise, the weather that day was all over the place, alternating between periods of bright sunshine and total dark cloud cover with intermittent sun showers. I started to panic a little when the first bank of clouds rolled in because all my light was gone and I had no equipment to create my own, but when the sun peeked through the storm clouds, it created some really dramatic lighting effects. I prefer edgier editorial stuff to commercial work anyway, so in the end, we both got what we wanted out of the shoot: when the sun was out, I clicked away as Whitney laughed and danced in the waves, and when the clouds rolled in, I reverted to my favorite angles to contrast her figure against the stormy backdrop. For this shot, Whitney posed on a rock as I laid on the sand and shot from below. 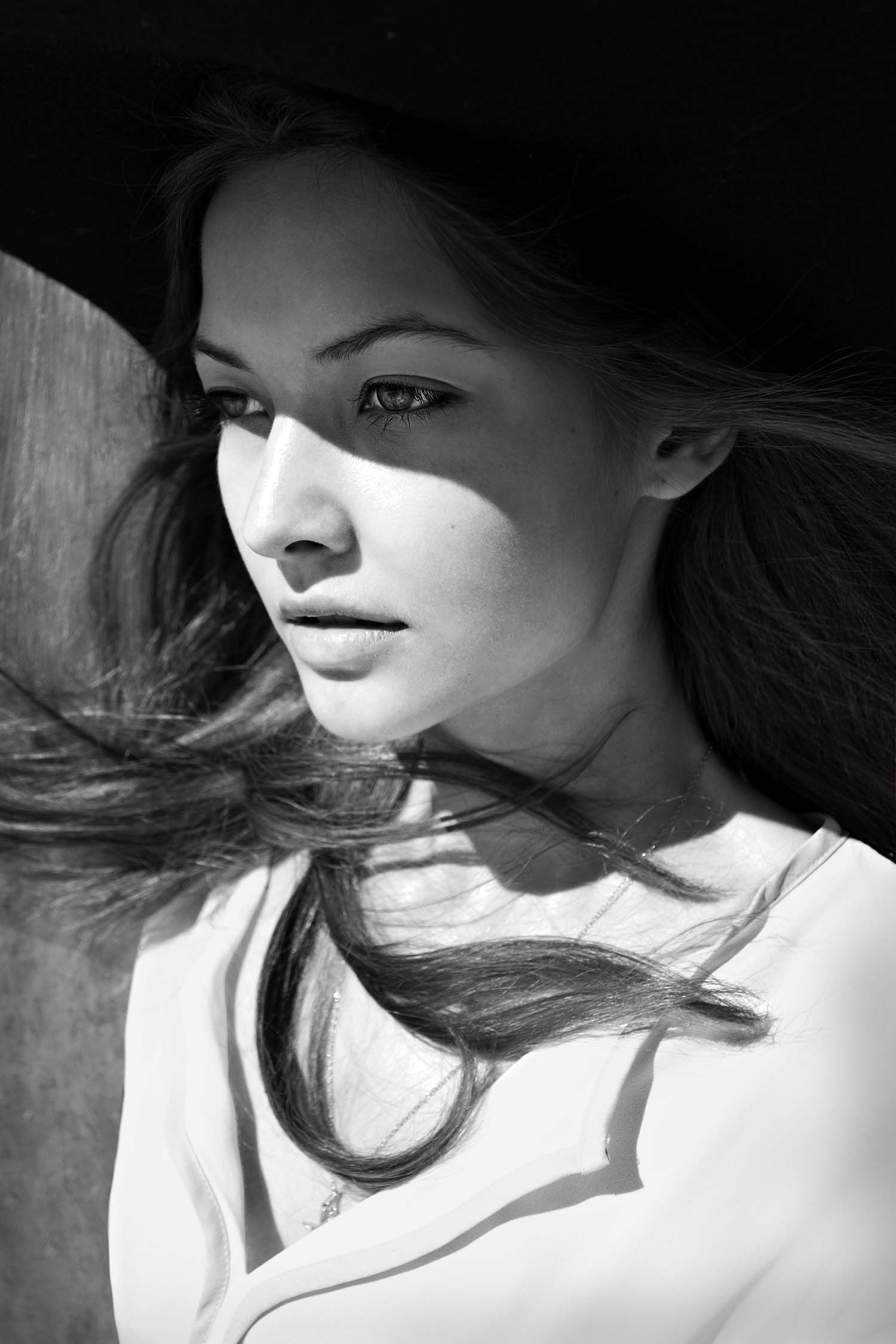 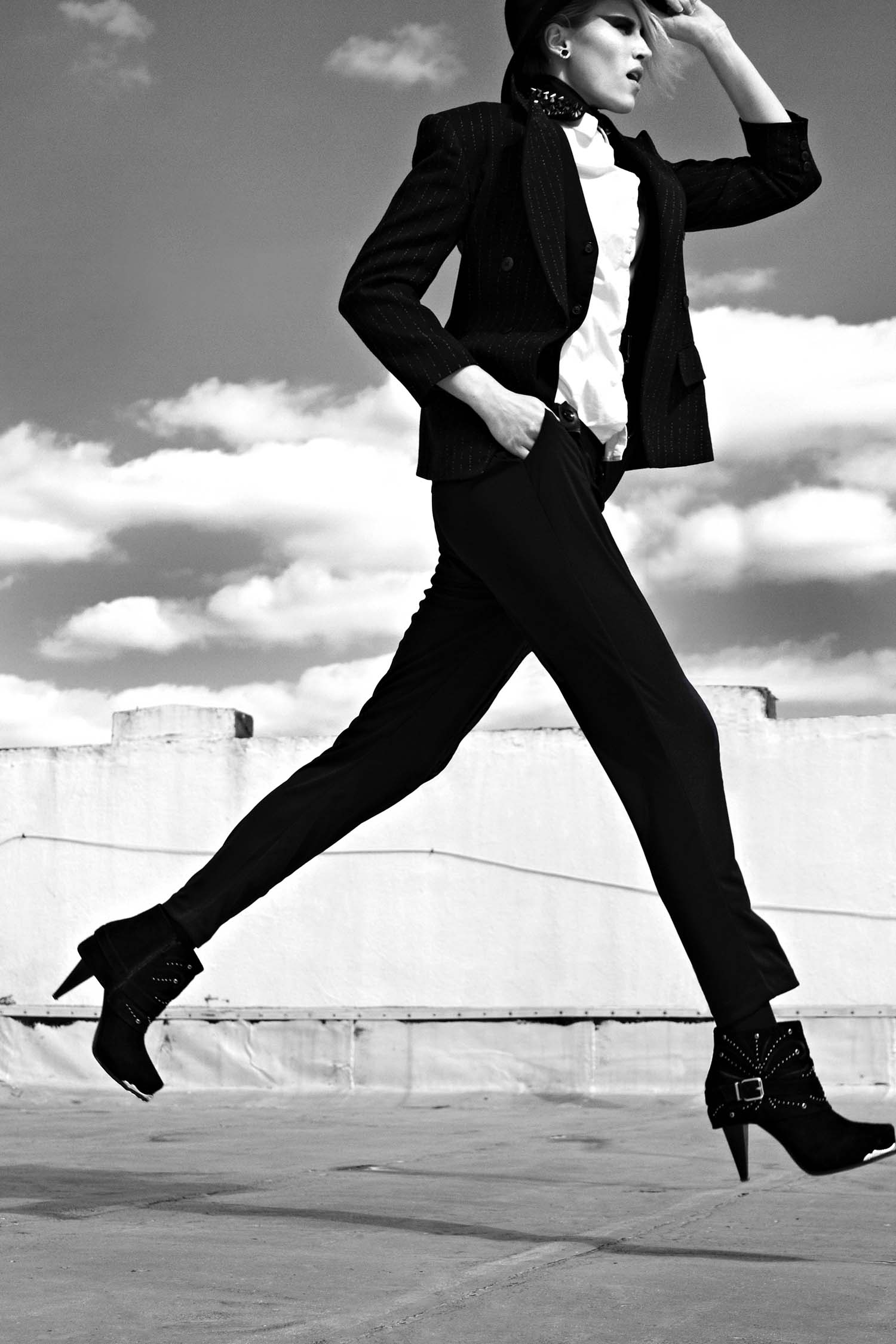 If I’m being honest, photography is the one that stuck around. When I was younger, I was involved in a lot of different artistic mediums. Photography wasn’t even my first love; there was creative writing, theatre, singing, piano, violin, music composition, drawing and painting… just about everything except dance (I always had two left feet). Sadly, but I suppose inevitably, most of those passions faded over time, all except music and photography, and since I’m too much of an introvert to accept the performative element of a career in music, photography sort of took the lead. But I don’t want to appear to diminish my love for photography specifically; there’s something about defying the limitations of a single square frame that I find intoxicating. Cindy Sherman’s 'Untitled Film Stills' embodied this concept quite literally by plopping you in the middle of a choose-your-own-adventure story and leaving you on a cliffhanger. With an image, you can tell as much or as little of a story as you like, all within one sentence. 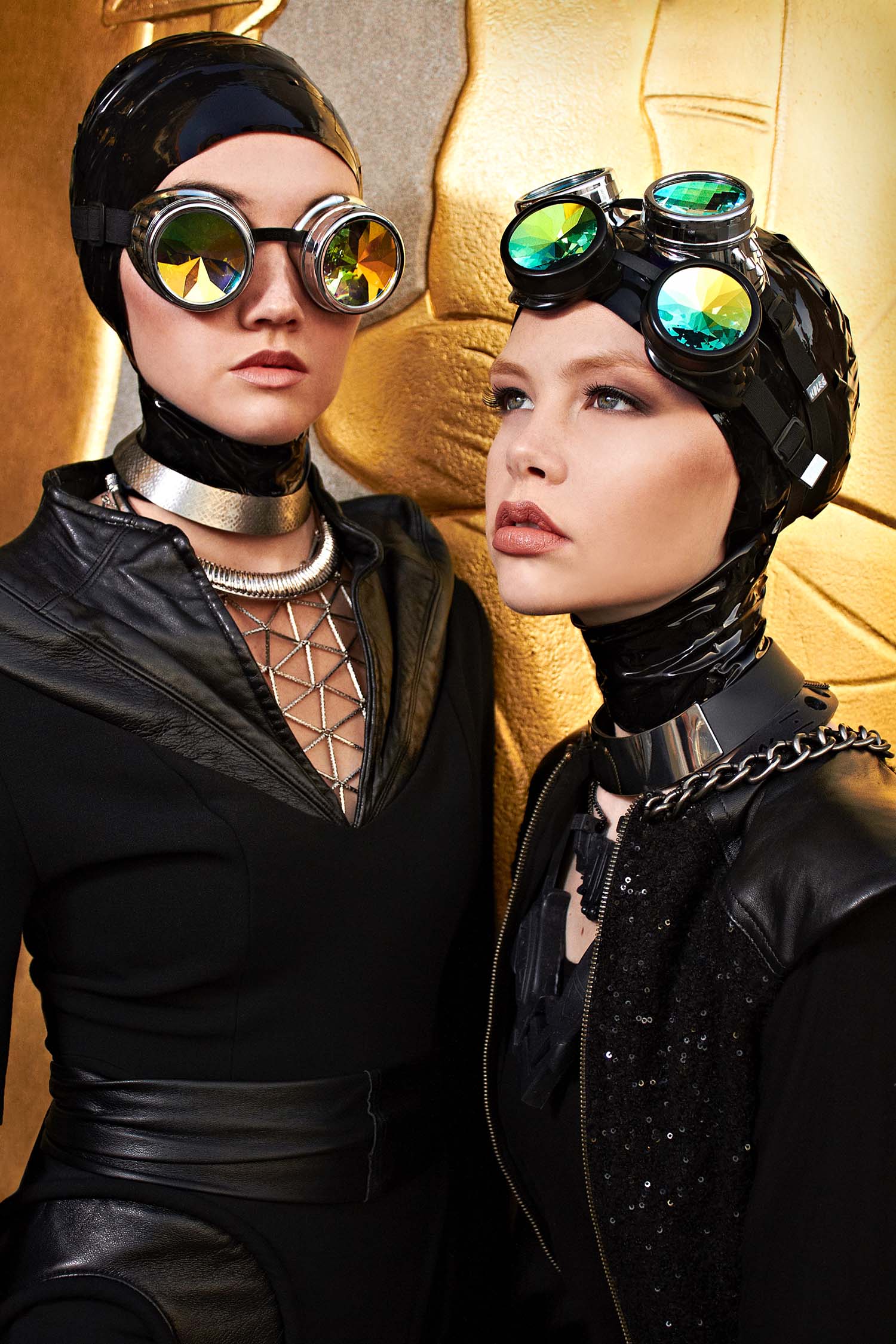 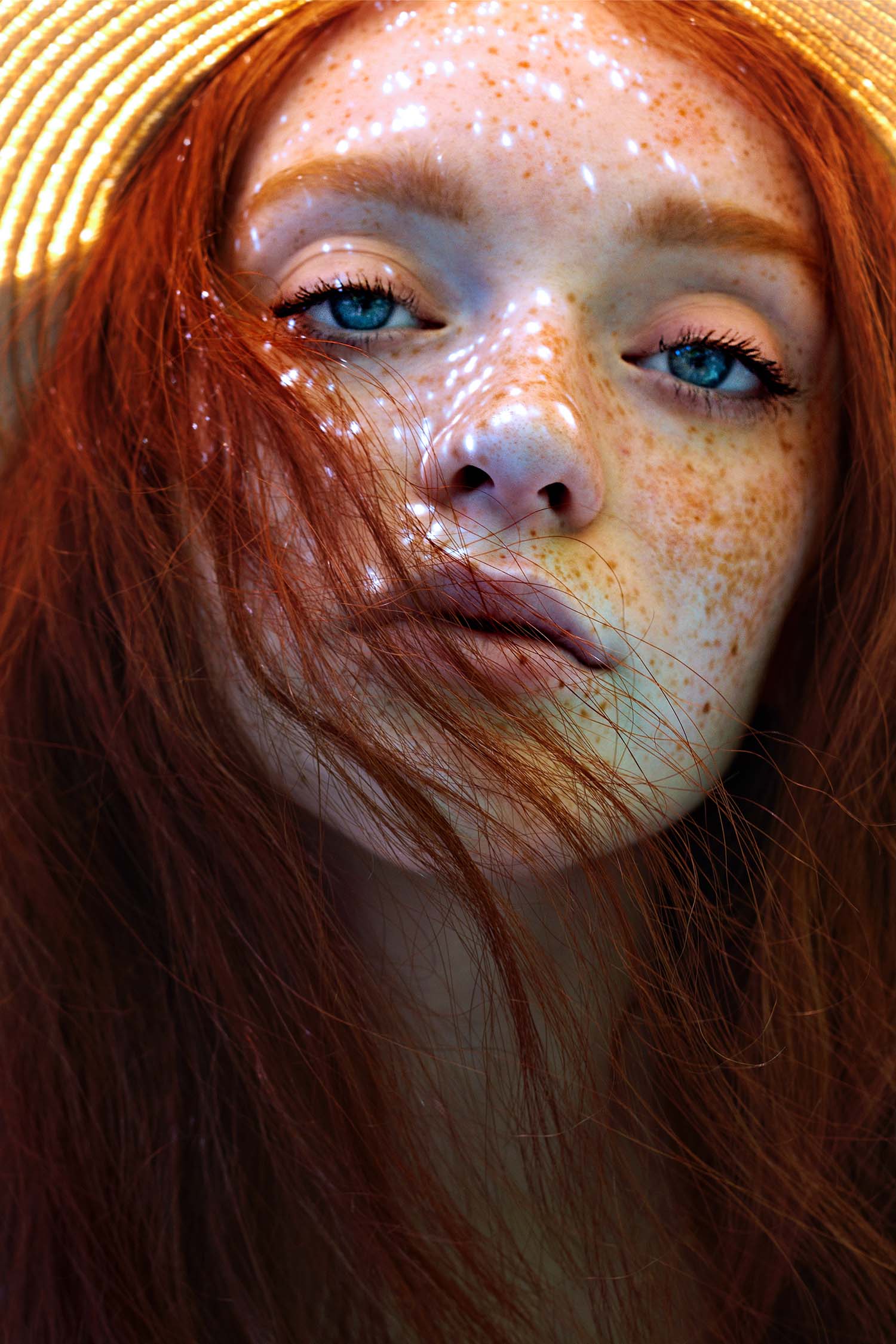 What's a typical shoot like for you? Do you have a routine, superstitions, good luck charms...?

A typical shoot for me is about 20% planning, 5% shooting, 25% retouching and post-production, and 50% fretting. I'm kidding - sort of. I'm really passionate about every part of the process, from the concept building to the styling, the location hunting, and of course the shooting and the editing. As a result, my favorite kind of shoots are usually the ones that wind up being big productions. As far as a routine goes, mainly, I just try to be as prepared as possible prior to the shoot so that I have less to worry about while I'm on set. In the days leading up to the shoot, I arrange any wardrobe pieces I'm contributing and take quick pictures of them with my phone so I have visual references for the looks. I pick up batteries, snacks and water. I plan my route, and I test, charge and pack all my equipment the night before. Once the shoot starts, after the initial jitters wear off and I find my flow, I just let whatever's gonna happen, happen, and I do my best to adapt to whatever variables I may not have been able to account for. Afterward, I do my culling and initial color moves in CaptureOne, and then move onto Photoshop for the more involved retouching. 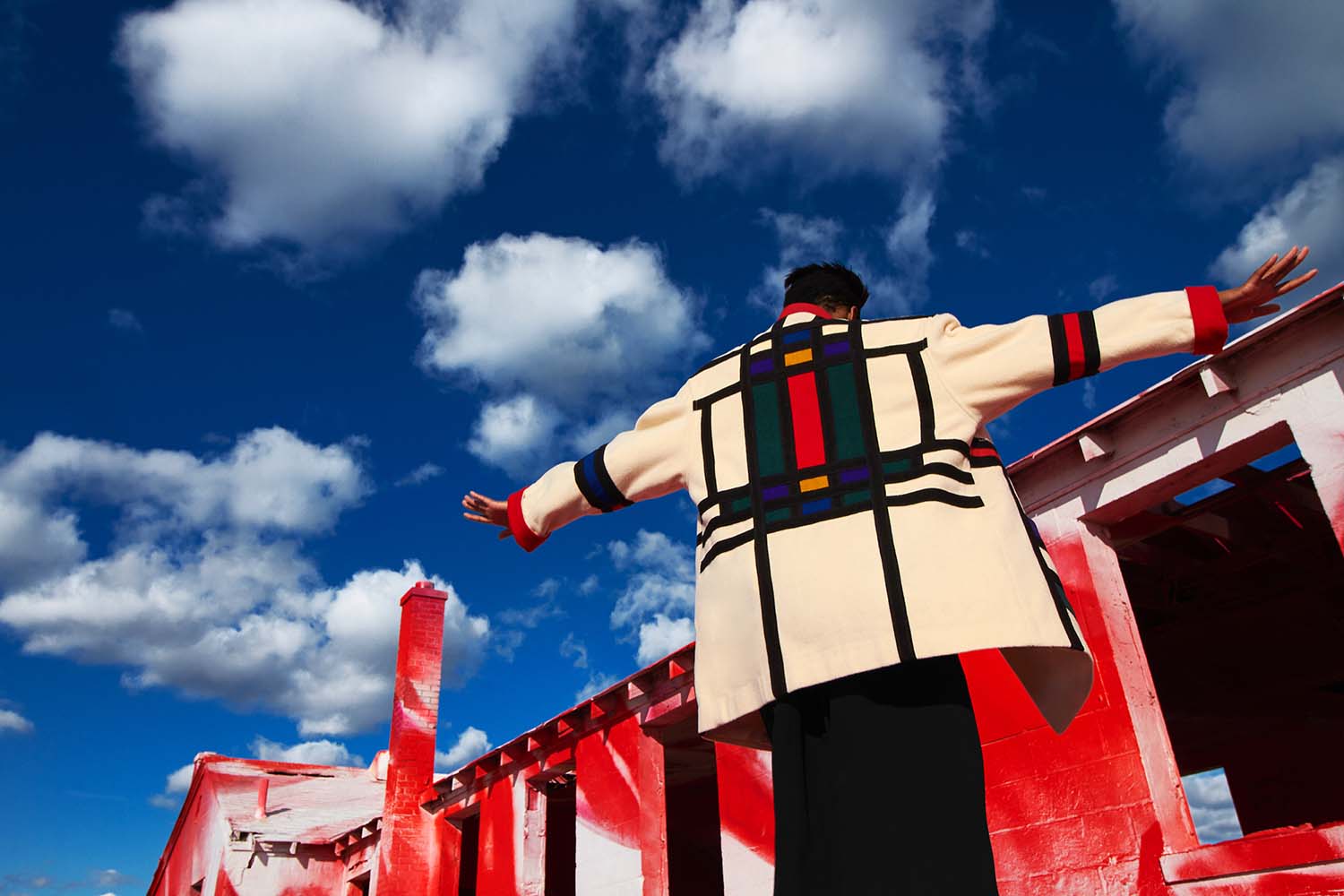 In your opinion, what makes great portrait photography?

This is kind of a boring and obvious answer, but honestly: good light and composition. I mean what else is photography, right?  But I believe that the same things that make a strong image in any other genre are also the most crucial elements in portrait photography. And there is no one way to approach light or composition; doing it right means understanding your subject. Personally, I tend to gravitate aesthetically toward dramatic and angular lighting and composition because I like when photography, like good graphic design, makes an impact at any scale; but there is a time and a place for muted tones, diffused lighting, and centred composition, too. Good portrait photography is like good storytelling; you can make a great story (or a great photograph) of a pebble, if you understand its contours and you know how to describe them in a way that's true. 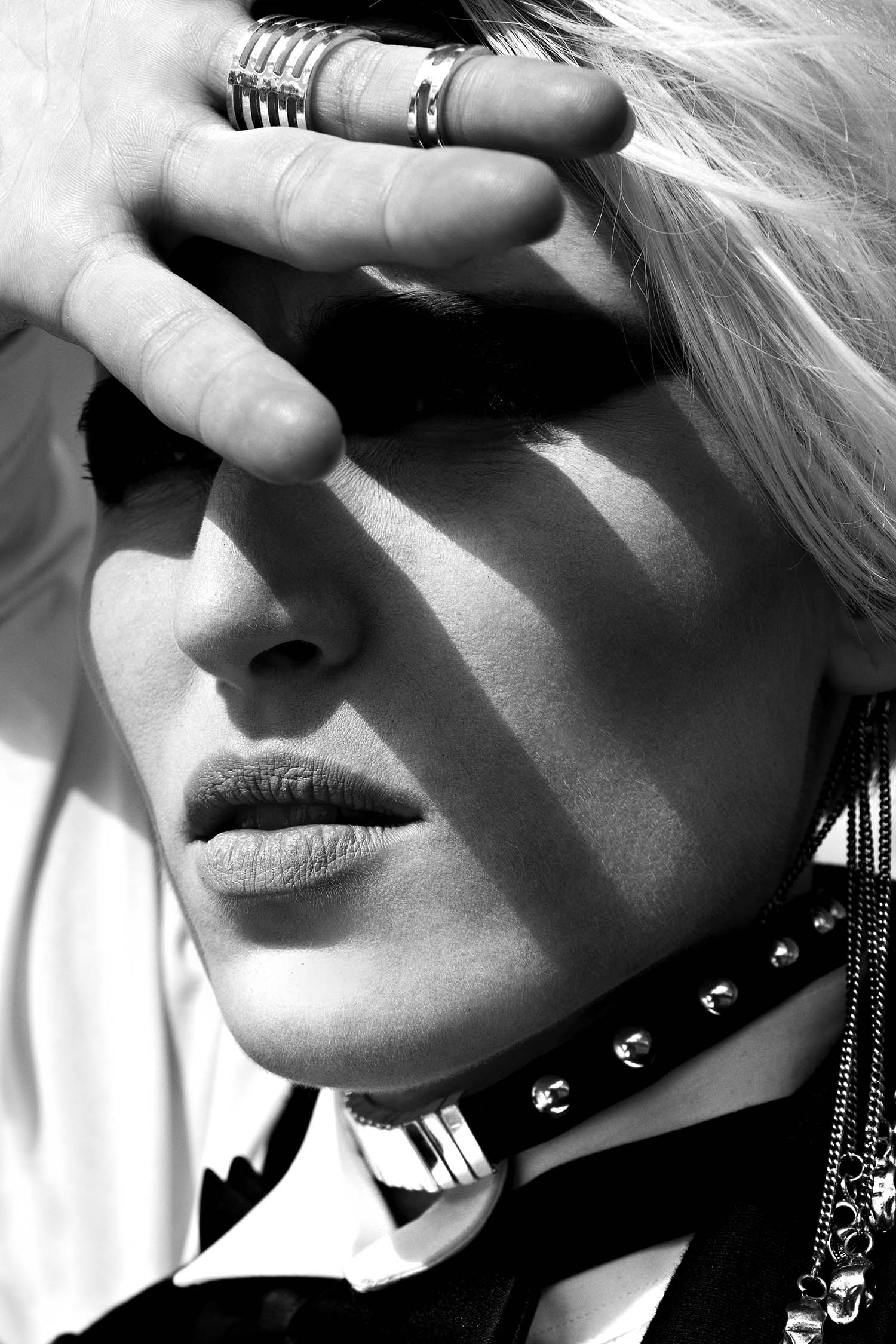 Tell us about your most memorable shoot - what were some challenges you faced?

I often work with stylists on shoots, especially when the wardrobe I have in mind is more ambitious than I would have access to alone, but I do also enjoy the curatorial thrill of styling shoots myself. Once, a couple of years ago, I decided to take that one step further and create my own wardrobe for a shoot. I had no knowledge of or experience with costume design (sewing a button is about the extent of my seamstress abilities), so I decided to work in a medium I was more familiar with: paper. I fashioned a huge fluffy skirt out of god knows how many hundreds of sheets of tissue paper, stapled together and connected to a braided belt, I cut and taped together a futuristic-looking slatted helmet from white construction paper, and since I didn't have the first idea how to make a paper bodice that would maintain its shape and also be possible to put on without destroying it, I saved some extra sheets of tissue paper and resolved to find a way to wrap it around the model at the shoot. I was actually really pleased with how the whole ensemble came together, but one thing I didn't consider was how light tissue paper is, and how even the smallest gust of wind could cause problems. We shot in November, on a day much like the one I described with Whitney, so in addition to the sun-chasing frenzy of shooting as many stills as possible during the brief 1-2 minute periods when the sun peeked through the clouds, the poor model was also freezing (paper does not offer much insulation), and we kept having to run after bits of the skirt that the wind was tearing off. We only shot for an hour because I didn't want to make the model suffer any more than necessary, so it was definitely one of the more frustrating shoots I've done, but also one of the most rewarding. 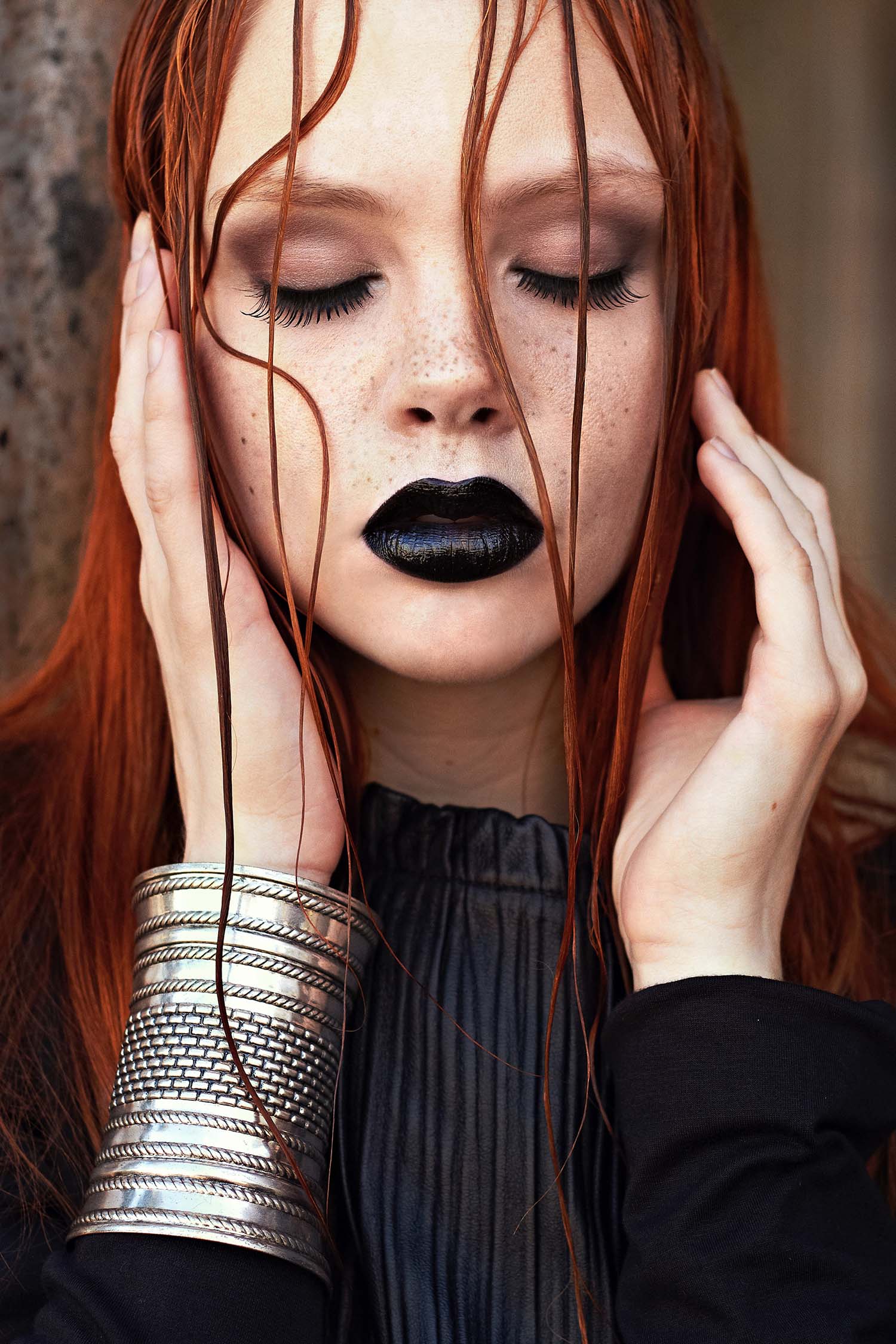 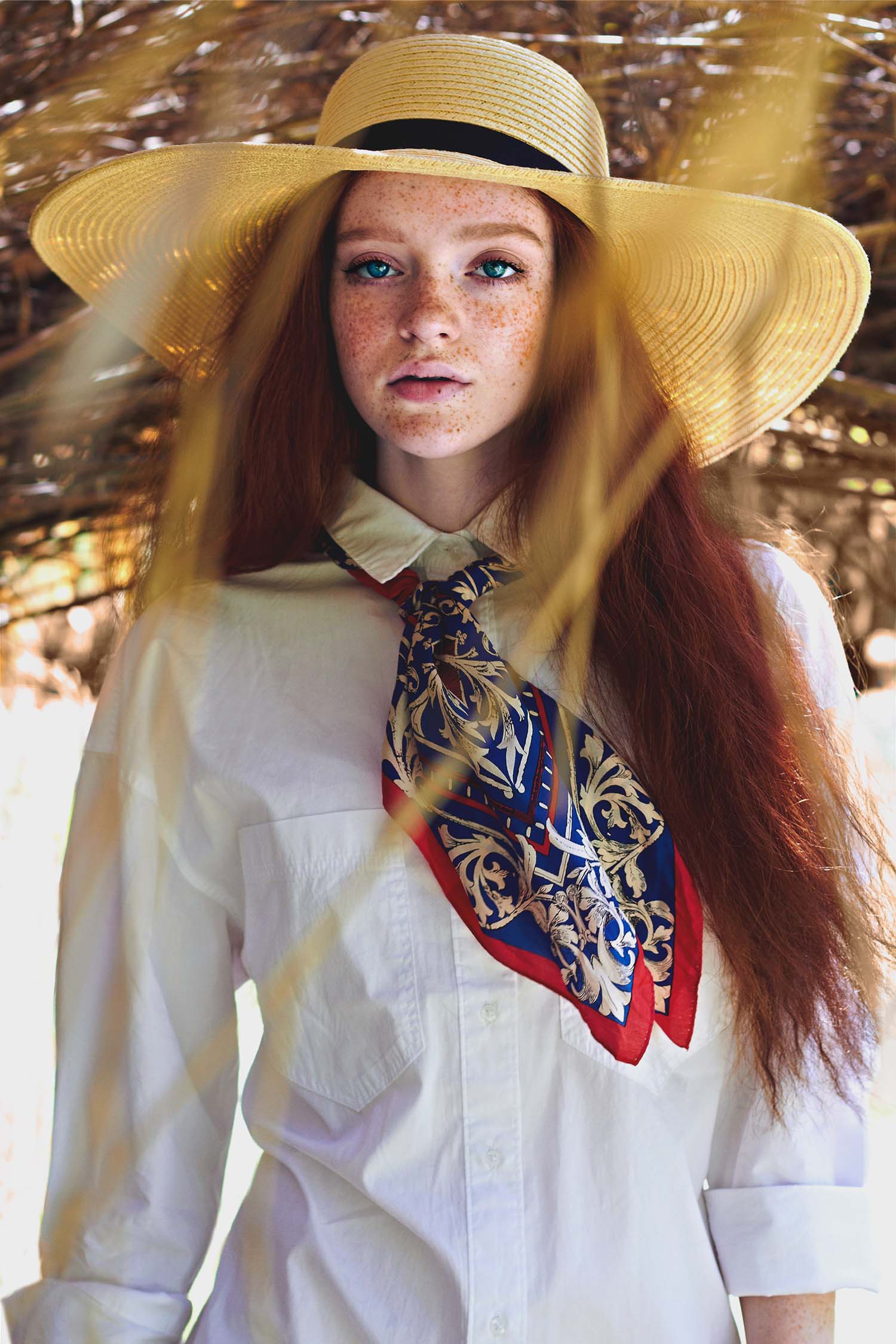 I'm all about embracing the wabi-sabi. Unless you're doing something like a catalogue shoot at a studio where everything is meticulously planned and under your control, chances are what you produce isn't going to perfectly match what you'd envisioned.  And in my experience, that's a good thing, because a photo shoot is a collaborative effort and you can't predict the kind of magic your talent or team might contribute, nor the spur-of-the-moment creative decisions that will occur. Flexibility is key in any kind of art - any kind of anything, really - so once the lens cap comes off, I just try to relax, use my prep work as more of a guide than a checklist, and go wherever the adventure takes me. 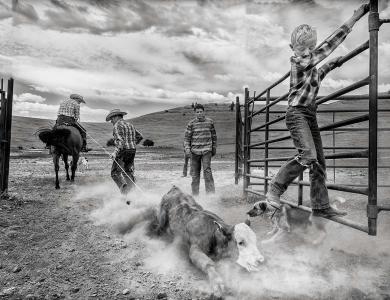 Stories from the range: family, stewardship, and sustaining traditions 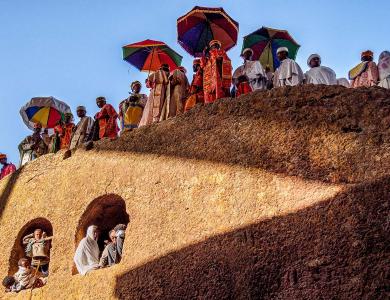