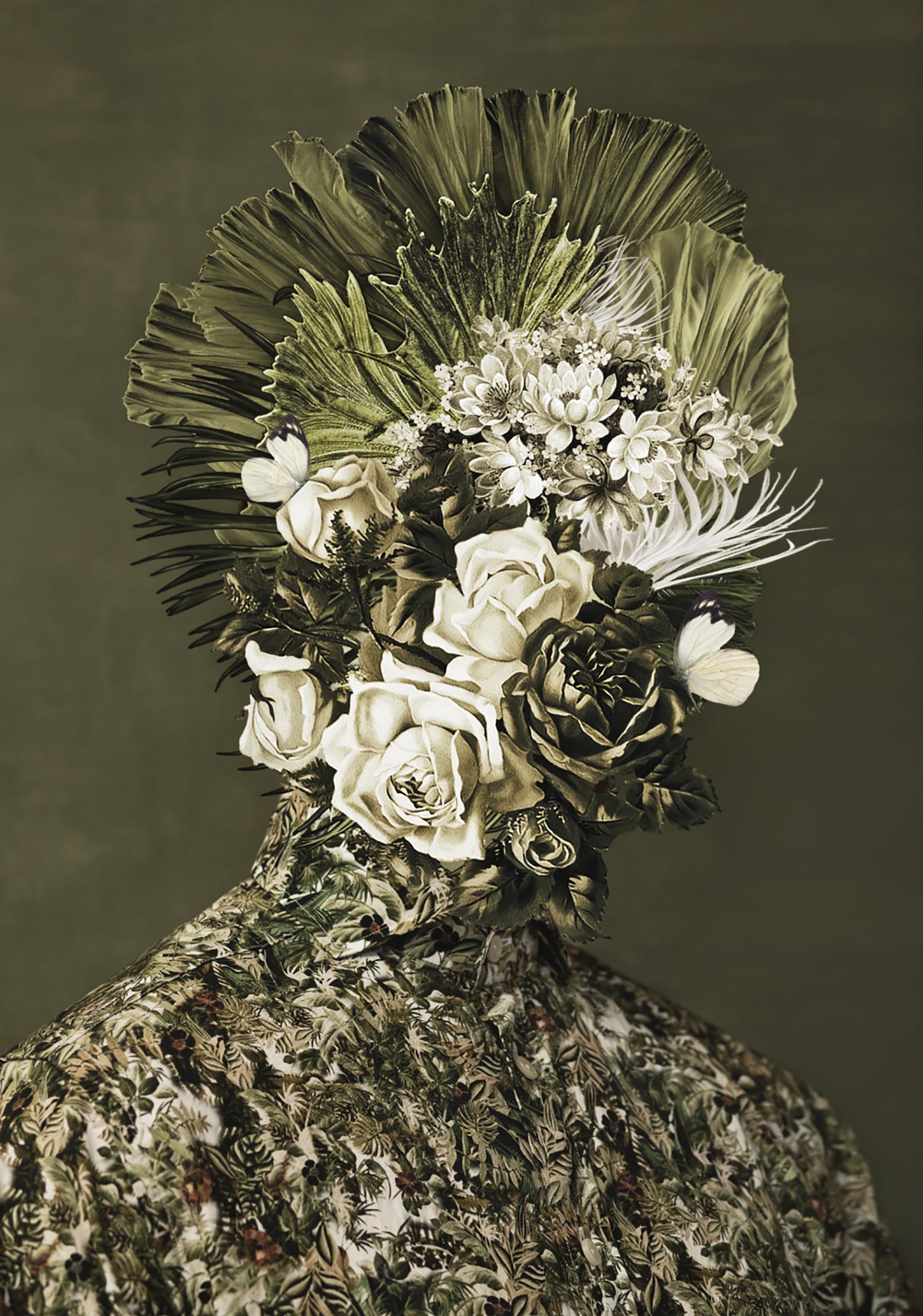 At just 22 years of age, Julian Schievelkamp has been exhibited in London and Cologne, is the recipient of an ongoing photography scholarship, and has won accolades in the Prix de la Photographie Paris (Px3), the International Photography Awards and the Canon Sponsoring Award.

His psychedelic work is catching the eye of many.

Julian is shortlisted in the Conceptual category of the 2017 Sony World Photography Awards, with his image ‘Transcending Ego’.

“ 'Transcending Ego’ is a surreal self-portrait about the transcendence of the mind and breakdown of psychological constructions (the individual ego). It was shot in 2016 as I have begun to explore the human mind and its psychology. My special attention is given to the unrevealed and unconscious. Regarding this self-study, I was mainly influenced by mind altering techniques and substances in order to adopt new perspectives on life, identity and even consciousness itself.” - Julian Schievelkamp

Tell us about your work. How would you describe your style of photography?

Shortly before I finished high school I first came in contact with the artistic means and techniques of photography. At this time, a sequence of lucid dreams inspired me to visualise the abstract ideas that emerged from these surreal experiences. My artistry is influenced by psychological, philosophical and ethnological themes. The main focus of my photographic work is human transformation, but I also like to deal with the connection of beauty and darkness. 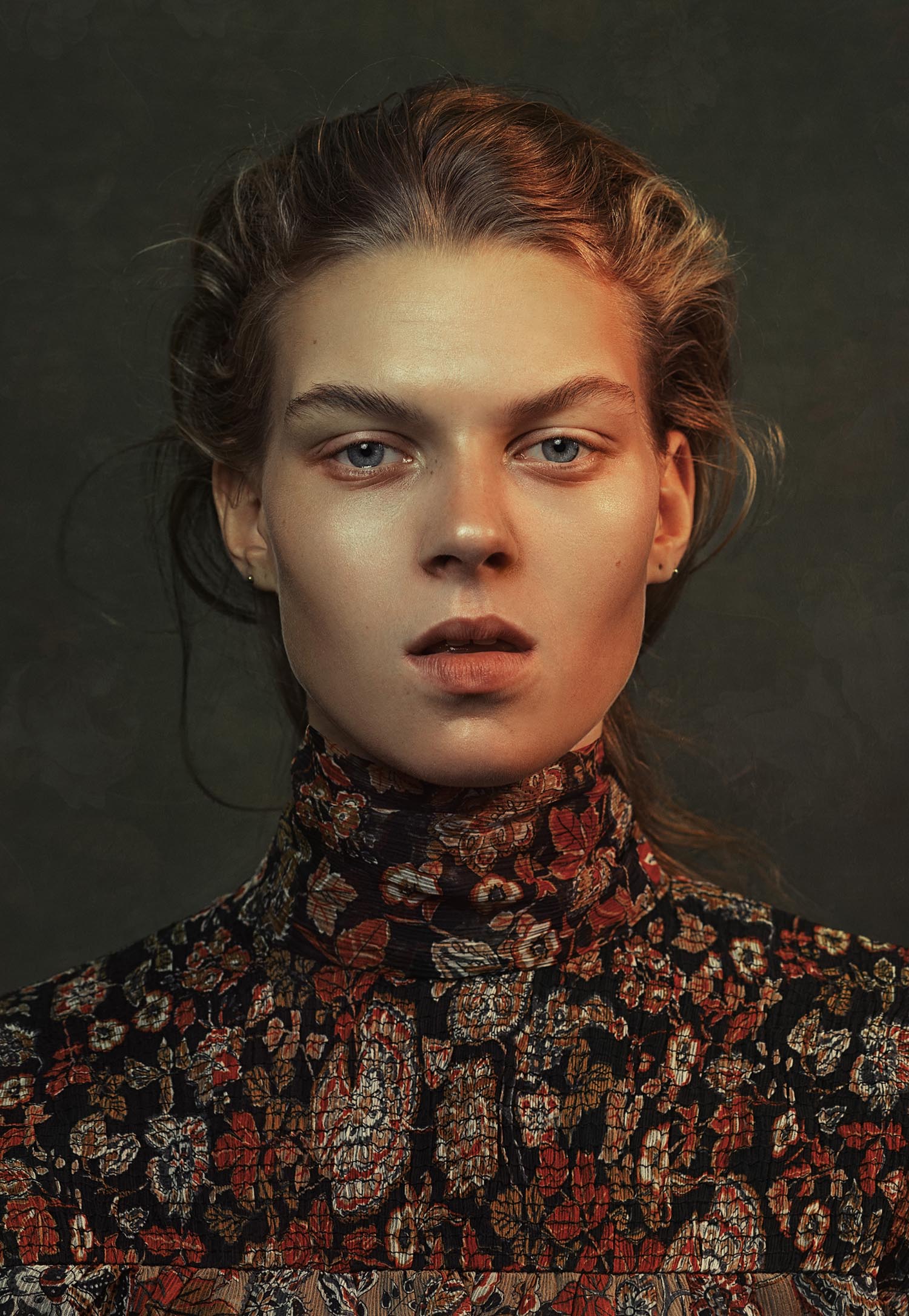 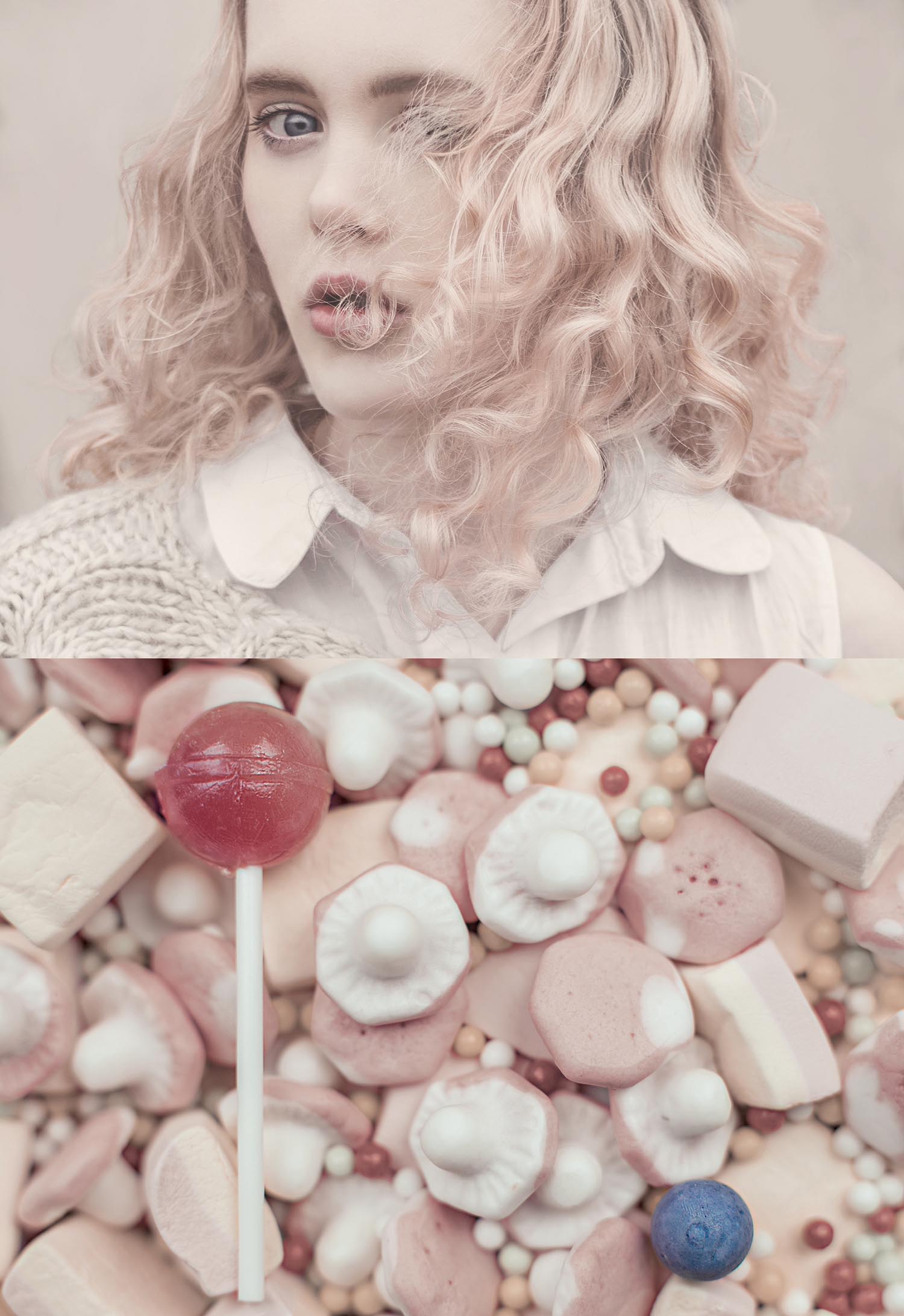 Photography has always been the best way for me to express myself and share my imagination with other people. I have had a very vivid fantasies since childhood and liked the concept of creating and manipulating reality. For me, the creative process is like an abstract puzzle based on a pool of psychological references. It's a great medium to learn more about your own individual essence as human and artist, and I noticed that there is an evolutionary process, like there is in nature. Everything transforms.

How do you approach in new project and shoot?

When I have an abstract concept in my head, I often try to put myself into a state of trance and let it transform over a certain time period. After a while it manifests itself subconsciously and the idea takes a more specific shape. When the time is ripe and the concept more concrete, I try to think of creative elements that emphasise its meaning. I love to play with new ideas mentally and communicate them through experimental techniques in my photographs. It's an act of extensive freedom. 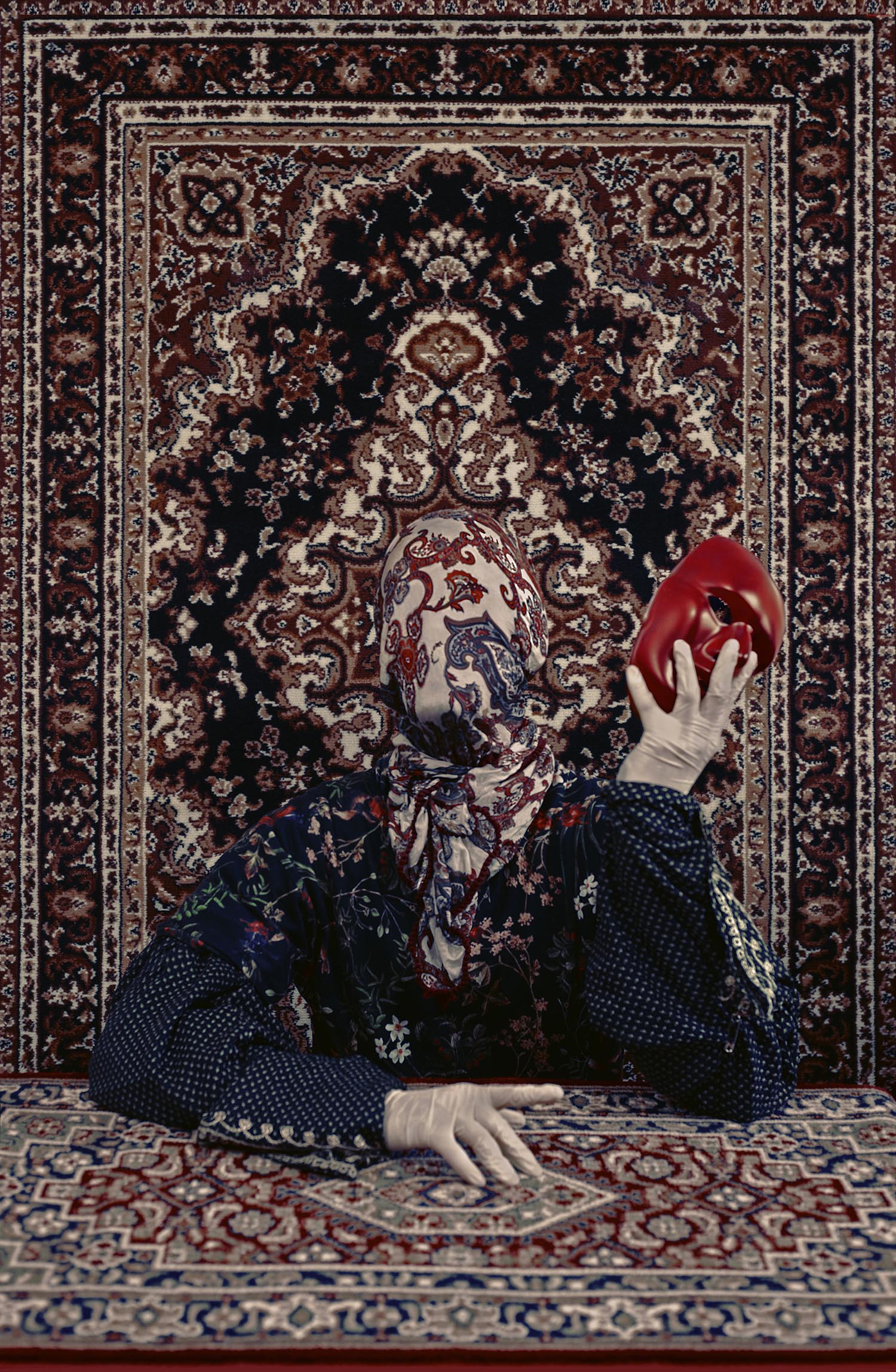 Tell us about your most memorable shoot

Last year I worked on a fashion series called ‘Māyā’, a visionary art project that connects abstract expressionism and surrealism with modern photography. It took place in an old artistic building, created by Johann Bossard and his wife Jutta in Jesteburg at the beginning of the 20th century. It's a very unique synthesis of architecture, sculpture and abstract painting. There was a huge temple with completely painted walls and stained glass at the heart of this universal artwork. As we entered, we looked around and were utterly speechless. The temple has a quite otherworldly charm, and the whole team felt the presence of it. We had no difficulty to get inspired by its many-faceted details. It was like a journey to a different dimension and an exceptional experience. 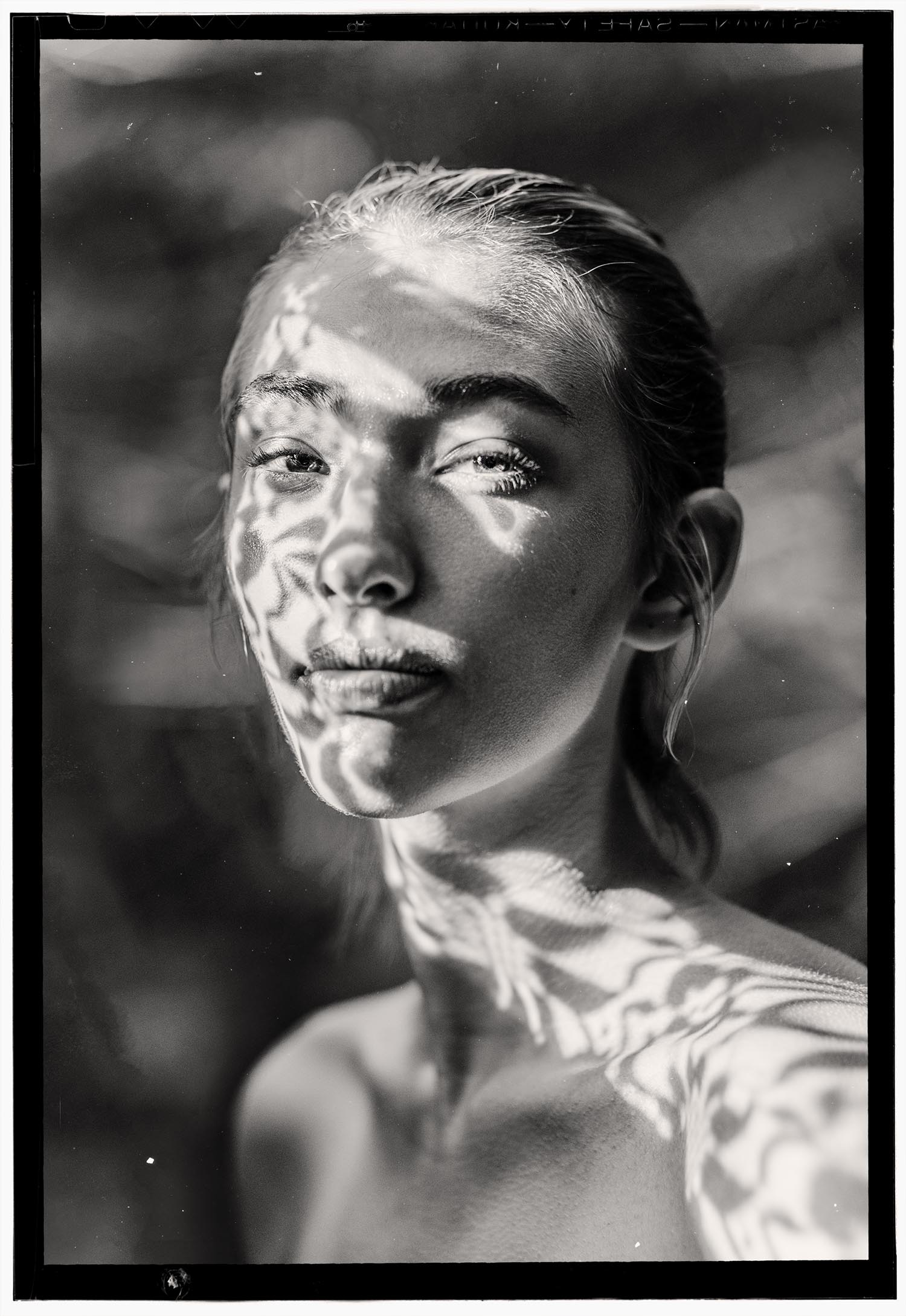 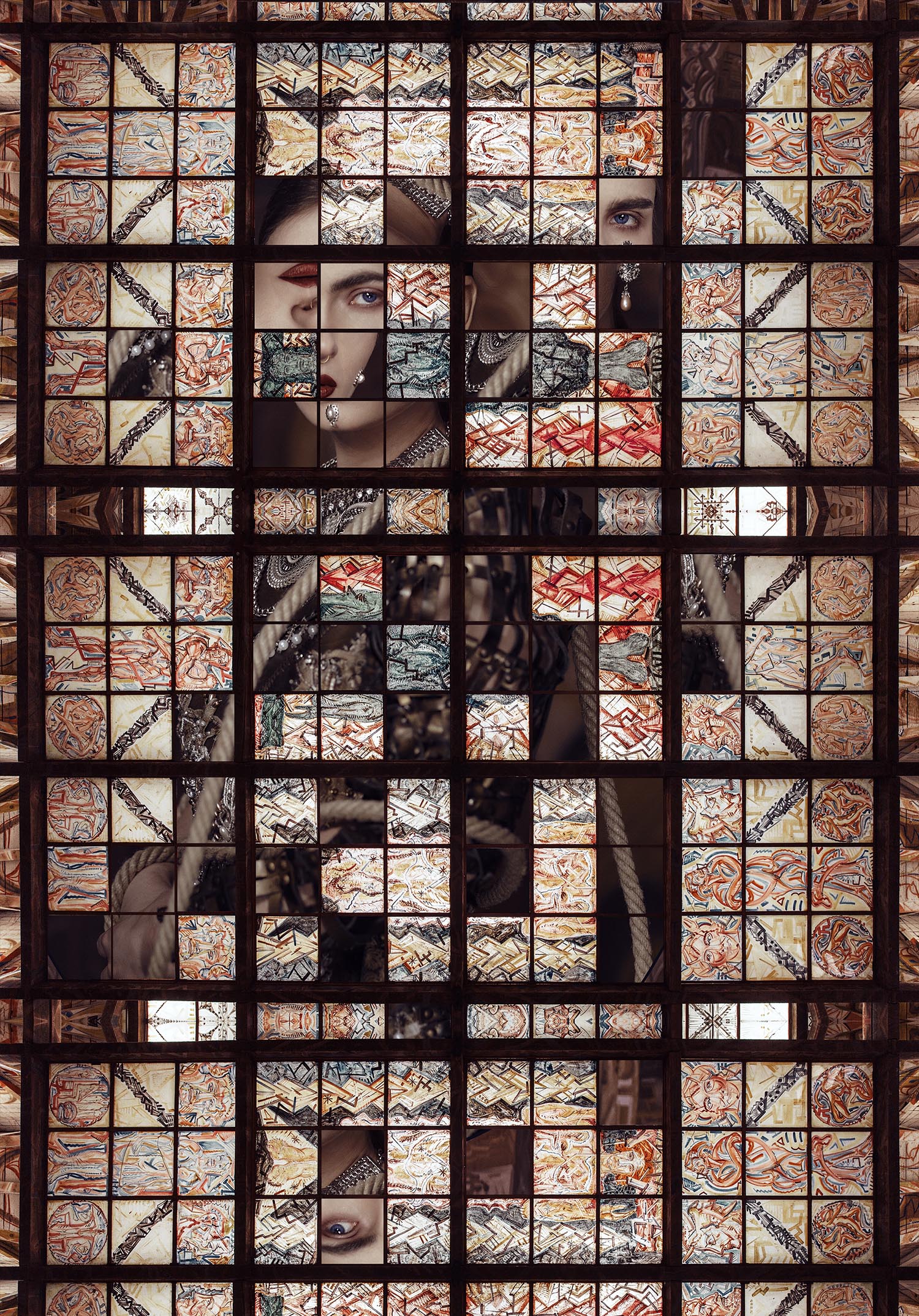 Although I always have a clear vision of what I'm willing to visualise, I have learned that it's important to leave certain aspects of creative composition to chance. I think that small coincidences often create the most intriguing results, so I try to open myself up to the natural circumstances on set and let them take the helm. Sometimes it just feels like the image creates itself. You know, I actually didn’t see or control anything when I shot my self-portrait ”Consciousness”, but to my surprise the patterns matched perfectly as I tied the fabric around my head and posed.

Currently I'm working on a surreal fashion series about a biomechatronic woman in a post-apocalyptic world. It's my first big project this year and loosely inspired by Germany's underground raving culture, especially its rough and powerful industry flair. I am also planning to go to London this year to work with the fashion students of Central Saint Martins. For now I want to focus more on the fascinating synergy of art and fashion.

About Julian
Julian Schievelkamp is a 22-year-old Cologne based photographer who specialises in fashion and fine art photography. In June 2015 Julian received a fully-funded scholarship and is currently studying photography since August of the same year. Further prizes followed in 2016, including the Prix de la Photographie Paris (Px3), International Photography Awards and Canon Sponsoring Award. His unique artwork has been exhibited in London and Cologne. 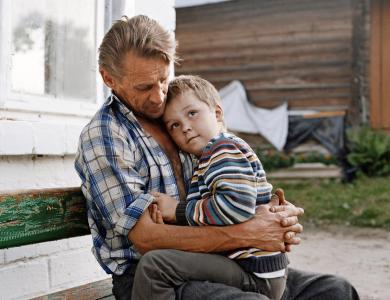 Beyond the image. The portraiture of Tadas Kazakevičius, 2017 #SWPA 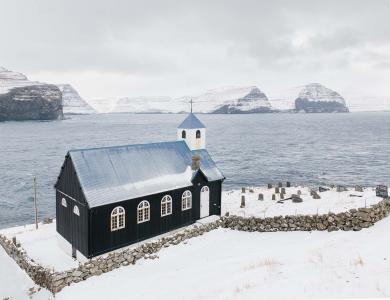