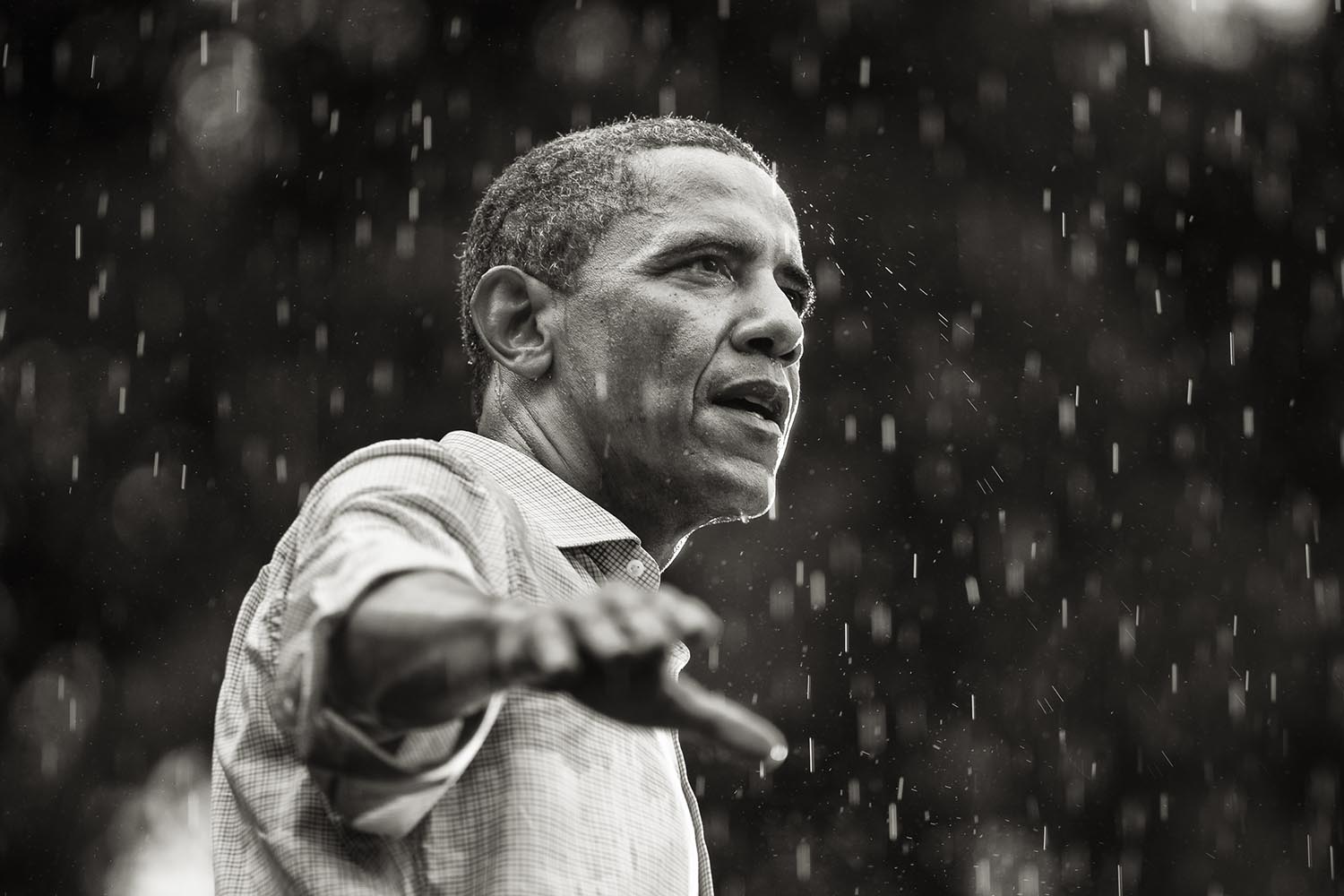 Born in New York City, Brooks Kraft graduated from Wesleyan University with a degree in photography and film. Early in his career, Kraft spent a year as an apprentice to photographer Irving Penn and traveled with Nelson Mandela during the historic South African Presidential election of 1994.

Immersed in commercial photography for the past twenty-five years, Kraft has become one of the world’s most well known and accomplished photojournalists. His work has appeared across the globe in thousands of publications and his iconic images have graced the cover of magazines such as Time, US News, Forbes, Business Week, Life, People, The New Republic and The Atlantic.

Last month I opened a travelling show in Stockholm called ‘Images of Power’, which looks at how politicians embrace the symbols of American history and culture. I am interested in how politicians attempt to use popular icons like the flag, the military and Air Force One to convey a sense of power. The show contained over 30 images, and we made three edition sizes. Several editions sold out, which was exciting!

I am now planning on travelling the exhibit in the U.S. leading up to the 2016 campaign.

How did you get started in photography?

My photography career began really at several newspapers in New England, where I worked while I was in college. In the 1980s, I also worked for Irving Penn at his studio in New York, which was a formative experience. 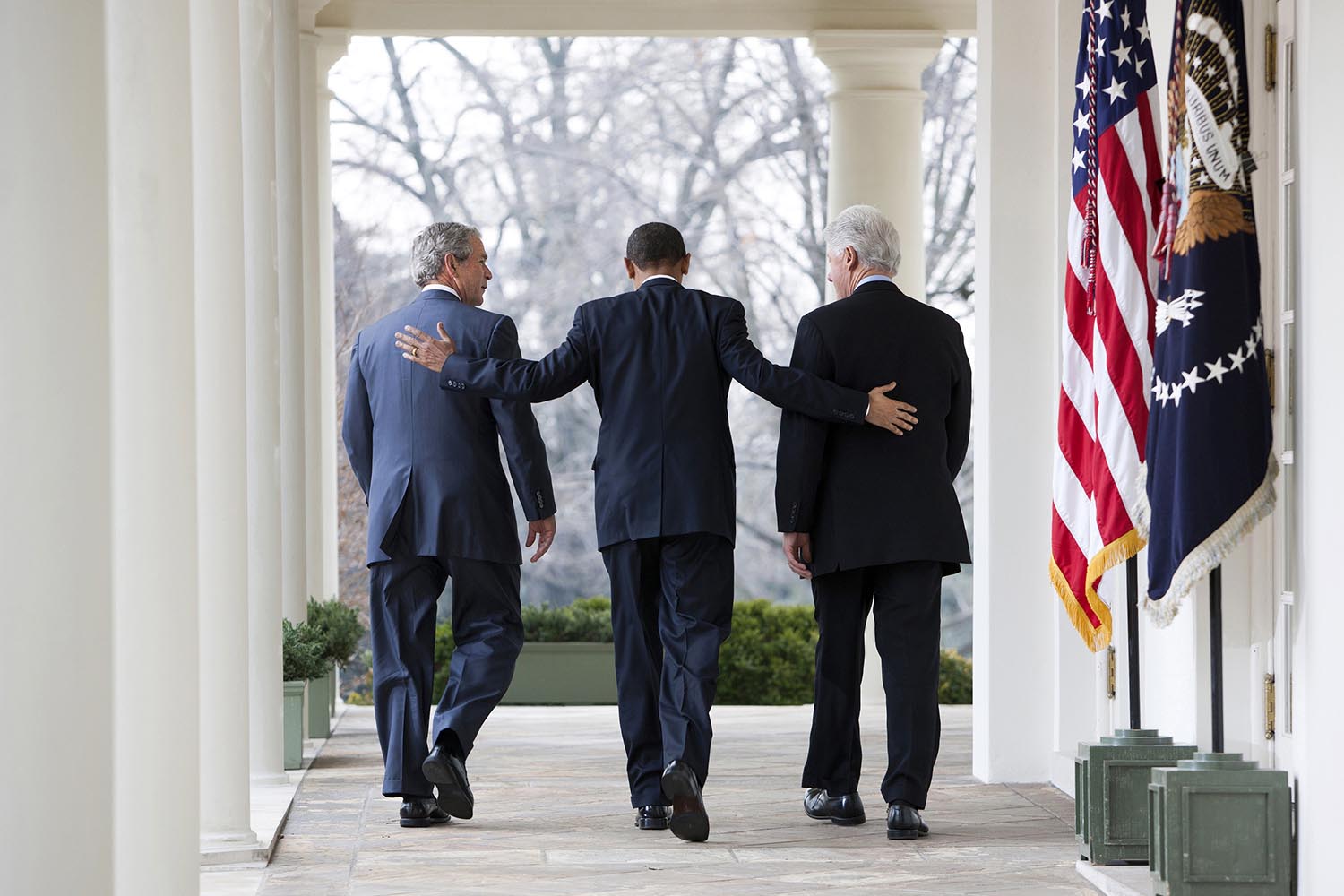 Can you tell us more about your time working for Irving Penn?

In the 1980’s I worked for Irving Penn in his New York City studio. This was an influential experience for me in my development as a photographer in many ways. He ran a small and tightly operated studio with only three assistants. As the apprentice, I was fortunate that he insisted everyone be able to do all the various tasks at the studio. As a result, I didn’t get stuck only running film to the lab, but also operated cameras and lighting, working regularly on set directly with Penn. His calm, quiet and very intensely focused approach to photography, whether it was fashion, still life or portraiture, was very influential for me. He always succeeded in creating images with a clean and elegant style in composition, colour and lighting that transcended his subject matter. Having the opportunity to not only witness it, but also help create it under his direction, taught me fundamentals that I still use today.

I have great admiration for Penn as a person. He was always polite and respectful of not only his subjects, but also his employees. His demeanor allowed everyone to work together easily, but never masked his seriousness for his craft. He always took a little time to get to know his subjects before photographing them, which not only made them more comfortable, but also created better images of course.

"In the 1980’s I worked for Irving Penn in his New York City studio. This was an influential experience for me in my development as a photographer in many ways. He ran a small and tightly operated studio with only three assistants." 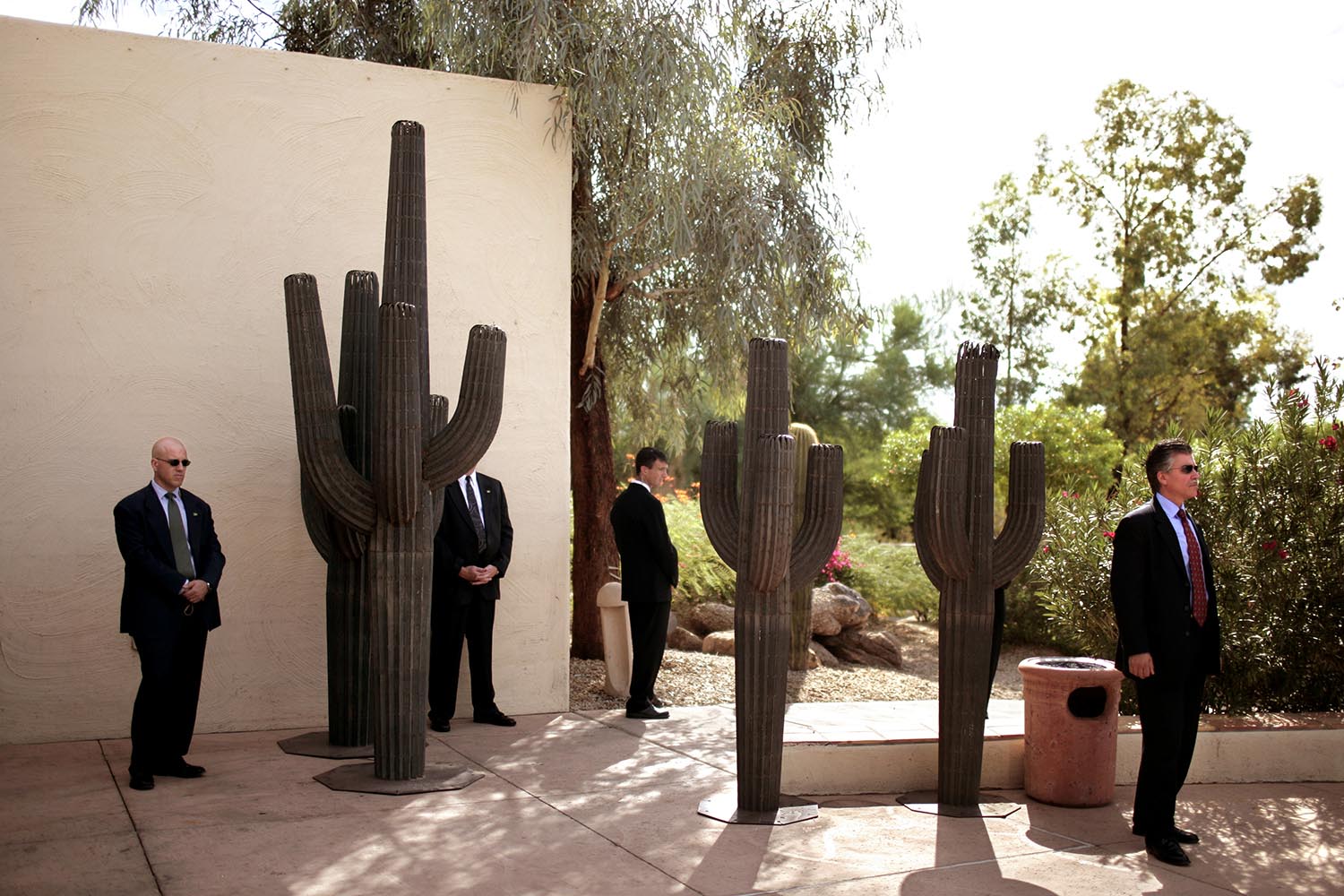 Having covered 8 presidential campaigns, what is the biggest change you have seen in photojournalism, access, and publication over the years?

Looking back at the last 8 presidential campaigns I have covered, a lot has changed. Now when you go to a political rally, everyone has a camera, both press and public. The press corps is now comprised of many different entities instead of a few large print and television outlets. And campaigns themselves are now in the content distribution business, feeding their own images out directly to the world. Until recently, campaigns had to rely on media to get their message out, but now with social media and sites like Flickr, they can distribute their own content.

What would you advise new photojournalists interested in following presidential campaigns and potentially working as White House correspondents?

The only organisations regularly covering campaigns and the White House are the wire services now, and possibly one or two large newspapers. Sadly, magazines no longer cover much, and it is hard for the smaller agencies to do anything beyond local campaign coverage. Anyone looking to get into this line of work needs to concentrate on the wires now.

You have more than 14 thousand followers on Instagram, can you speak on the importance of sharing images and using smartphones?

I love putting my DSLR cameras down and using smart phones occasionally to shoot. Even in environments where cameras are prevalent, I find few people pay any attention to a smartphone camera. I frequently will wander the crowds and shoot candidly like this, and I am able to capture scenes as they are more freely.

"I am always looking for images that can live beyond the 24 hour news cycle..." 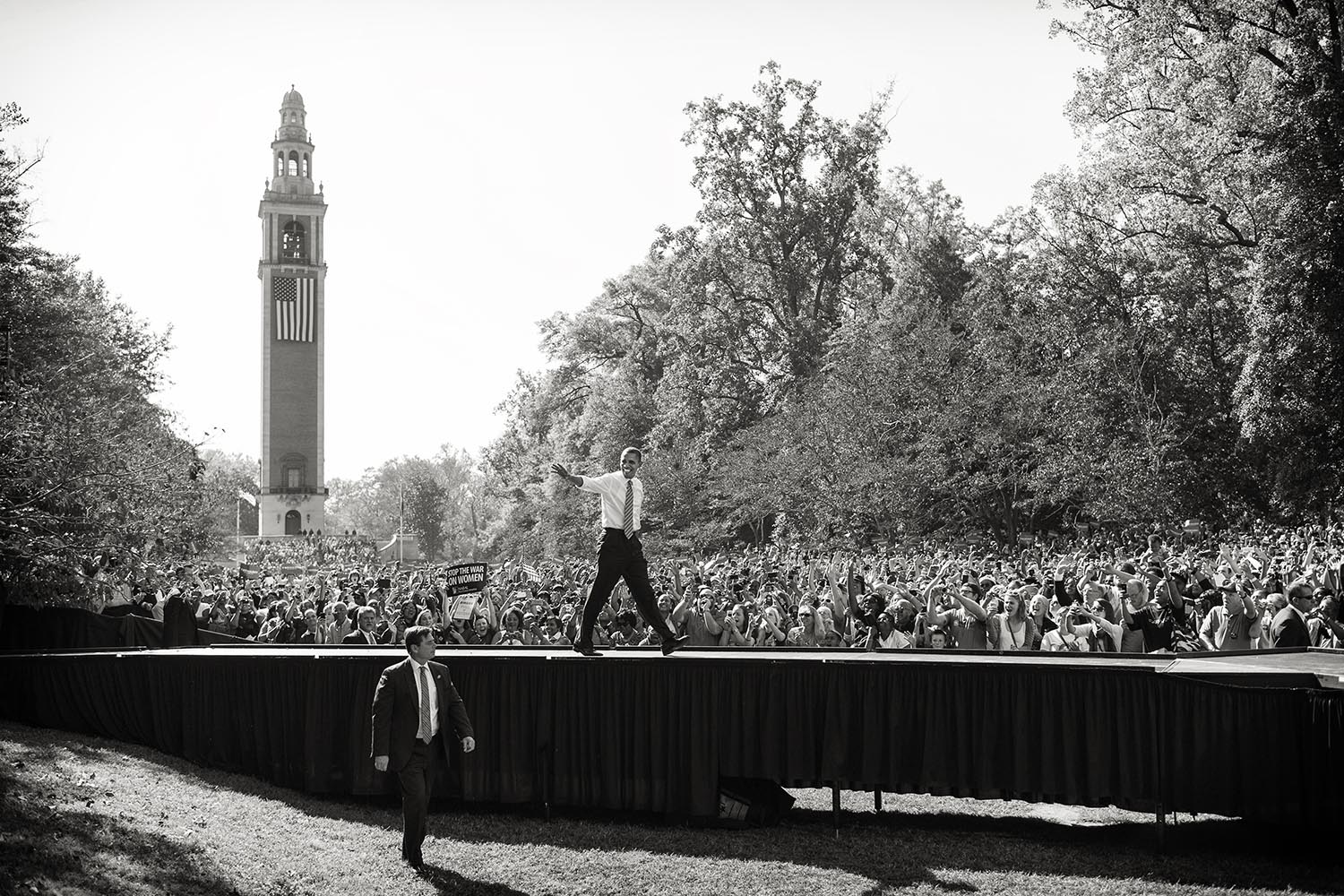 I am always looking for images that can live beyond the 24 hour news cycle, to say something more universal about the subject than what may have happened that day. To that end, I am on the lookout for portrait style images of politicians, as well as images that convey a sense of the institutions of democracy like the White House.

What would you say is your most memorable image or series of images you’ve made?

Following my photographic philosophy, from the 2012 campaign, my favorite image was of Obama campaigning in the rain because for me it captures his determination and focus in the intensity of a presidential election. 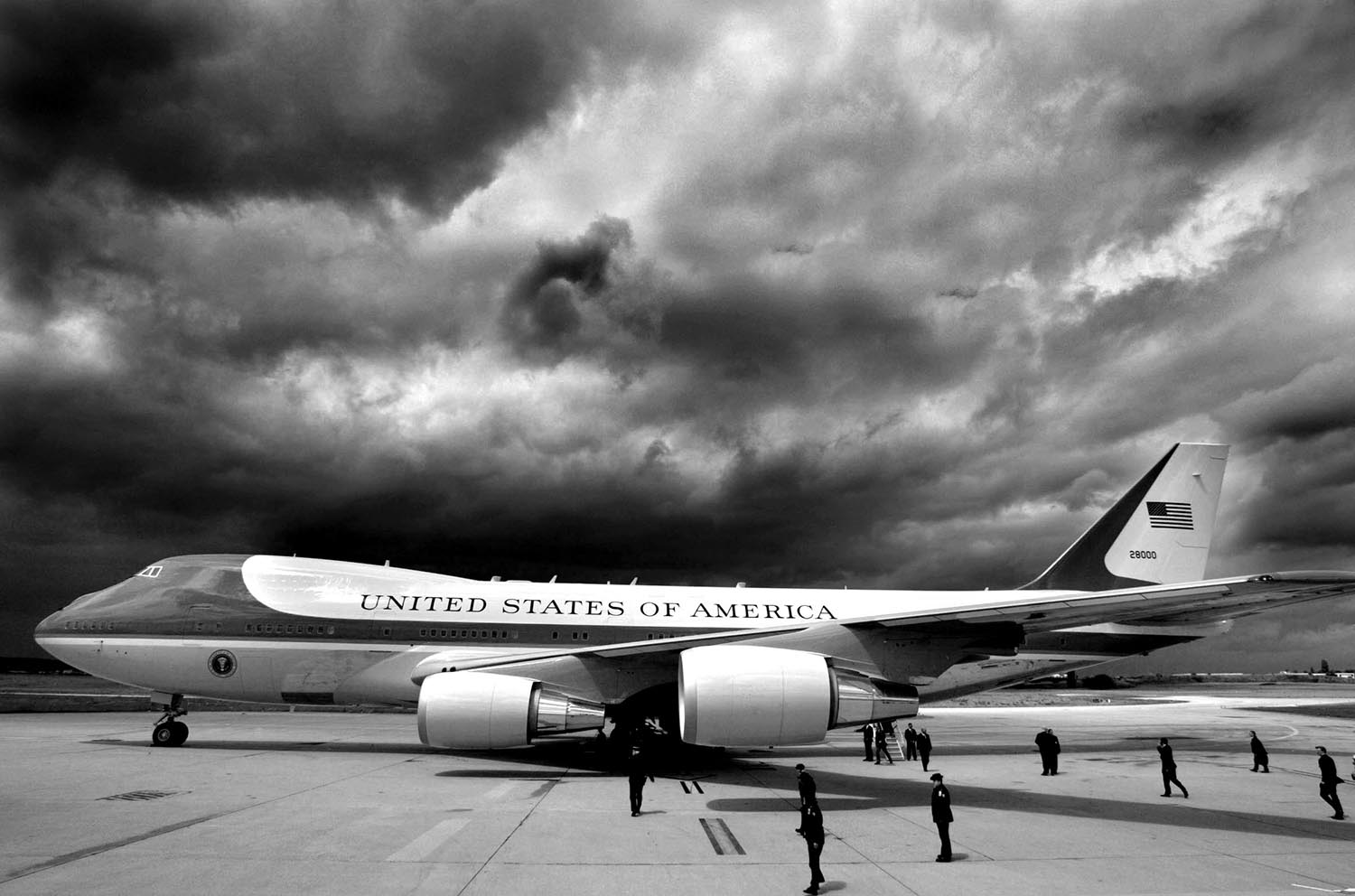 My favourite parts of the presidential campaign are the months leading up to the first primary, while the scale is still small in states like Iowa and New Hampshire, and then the massive Hollywood style road show in the final weeks leading up to election day. So I am now working as much as possible in the early states, as the campaign takes on a very different nature once the voting starts. I am also doing more corporate and advertising work recently that draws on my experience in the editorial field. I like the time and creative control these projects give me. 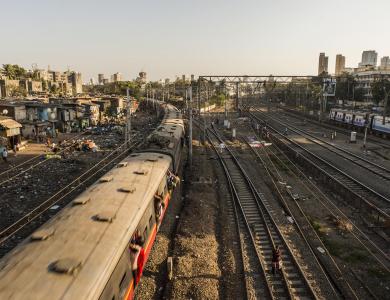 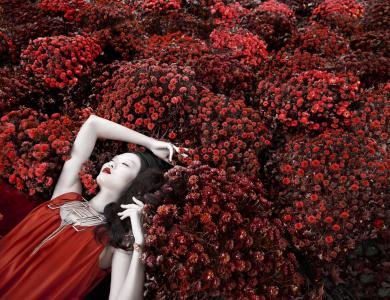