Beyond the Frame: Bartlomiej Jurecki

In our latest Beyond the Frame, Bartlomiej Jurecki shares the story behind his shortlisted image from the 2022 Awards.

The photo was taken on October 11, 2020 in the town of Maniowy at sunrise. Redyk often crosses the main roads, so I decided to use the right perspective. It seems to me that each of us would like to meet these amazing sheep herd rushing back to their homes.

First, a yellow spot appears on the road. It's a reflective vest worn by shepherd Robert. He goes first and warns oncoming cars to slow down. You can't see anything behind him for a long time. The fog hangs heavily over the road. Somewhere in the distance, however, you can hear the increasingly clear sound of bells, barking dogs and cheerful screams. Suddenly, almost 2,000 sheep emerge from the dense fog. They still have several kilometers to go. On that day, shepherd Józef Klimowski and his helpers are finishing the march in Nowy Targ.

The tradition of Redyk goes back several centuries. It’s the name given to the Spring departure of sheep herds to graze in the mountain pastures and their return from there in the Autumn. Each pastoral season is inaugurated by a mass in Ludźmierz, usually around April 23 on St. Wojciech. A few months later, at St. Michała on September 29, the return from the halls begins. ‘Well, you miss home, but we are like family, some have been working with me for over 20 years,’ says shepherd Klimowski, who grazed sheep in the pastures in Czarna in the Low Beskids.

The shepherds wake up before four in the morning and the first sheep milking and milk preparation for making oscypek or bundz (traditional cheese). Around 10 p.m. some go to sleep while others with the help of a few dogs – mainly Tatra Sheepdogs – guard the herd. Sheep must be protected from wolves, as recently 30 sheep were eaten during the pasture.

Klimowski took part in Redykas from an early age. My dad was a shepherd, and he has been for over 30 years. He led the first Redyk in the mid-1980s. He has now led more than 40.

For years they have been wandering the same route, almost 160 kilometers, five days on their feet. He and nine juhas (helpers), plus a driver and a carter. The ceremonial entry of Klimowski's shepherd with helpers to Nowy Targ is always accompanied by musicians and crowds of people. Then sheep are herd to pasture and the owners can collect their sheep.

‘There is no problem with recognizing your own sheep, because they are all marked, and additionally we give them such colored dots on their hair. Mine, for example, are blue, green of the farmer from Skrzypny, and so on. Besides, everyone will recognise their sheep, because they are like good friends - says the shepherd. After the Redyk, shepherd Klimowski returned to his hometown Kowaniec and went on a trip to the Bieszczady Mountains. It's so hard to live without these mountains.’

This piece was originally published by Magdalena Gorlas. 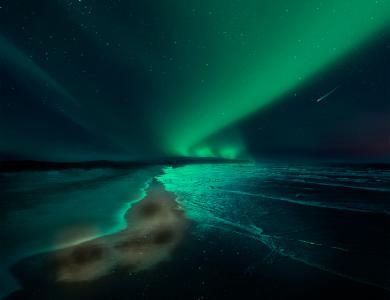 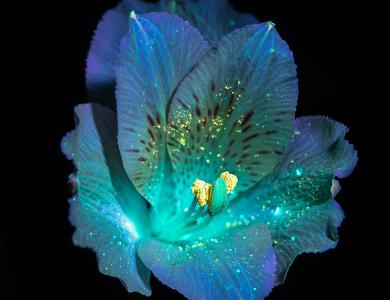 Pic of the month: Debora Lombardi