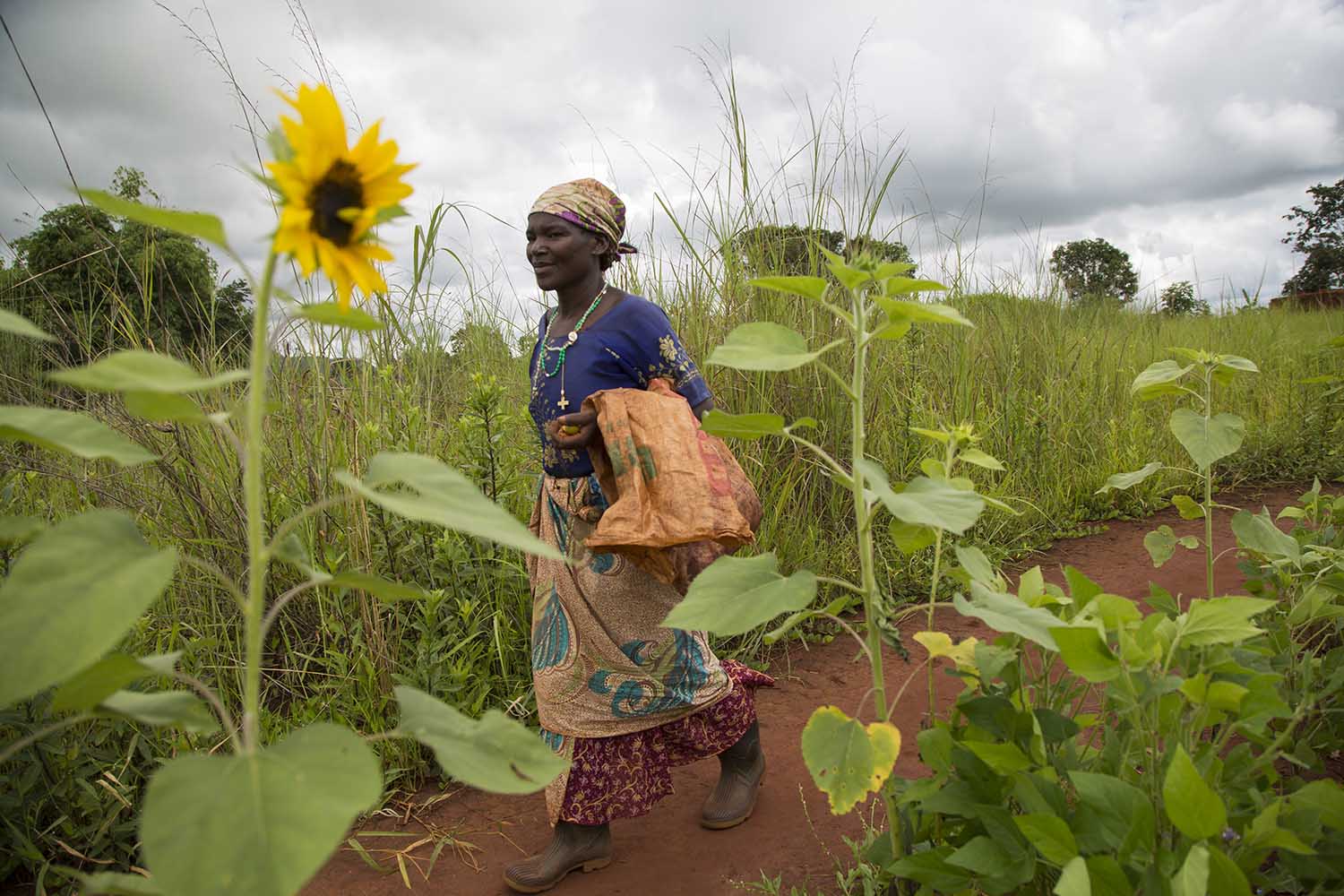 Sara Fajardo is a NGO storyteller. She uses photography, video and writing to tell the stories of the people she meets. Sara works as a regional information officer for Catholic Relief Services (CRS) and is currently based in Lima, Peru, previously Sara was stationed in Nairobi, Kenya where she oversaw the coverage of 14 East and Southern African countries.

“I believe that nothing is more powerful than a well crafted story and use photography, video, multimedia, design, and the written word as tools to deliver the shared human experience. Whether I'm in a displacement camp in S. Sudan, a tent city in Port-au-Prince, a rice field in Madagascar, or in downtown Orlando, Florida it is my aim to inform, to educate, and to reveal the commonalities that unite us as one human family.”

Tell us a little about yourself and your practice

I’ve dedicated the past eight years of my professional life to humanitarian coverage— I’m what you would call an NGO storyteller. My mission with my work is to create human connections between audiences and the world’s poor and marginalized. There are so many stereotypes about poverty and the people who live in it. It’s easy to make assumptions about someone you’ve never met who lives half a world away.

I’m constantly amazed by the dignity of people living in the most difficult of circumstances. I’ve never met anyone sitting around waiting for a hand out. People want to do better for themselves and their families. I believe that is something we can all relate to and what I strive to capture through my work.

I go into a story looking for universal themes and the commonalities that unite us as one human family. I allow myself to fall in love with everyone I cover with the goal that this will help the people seeing my images do the same. I want people to give to or support a cause out of empathy and not sympathy. 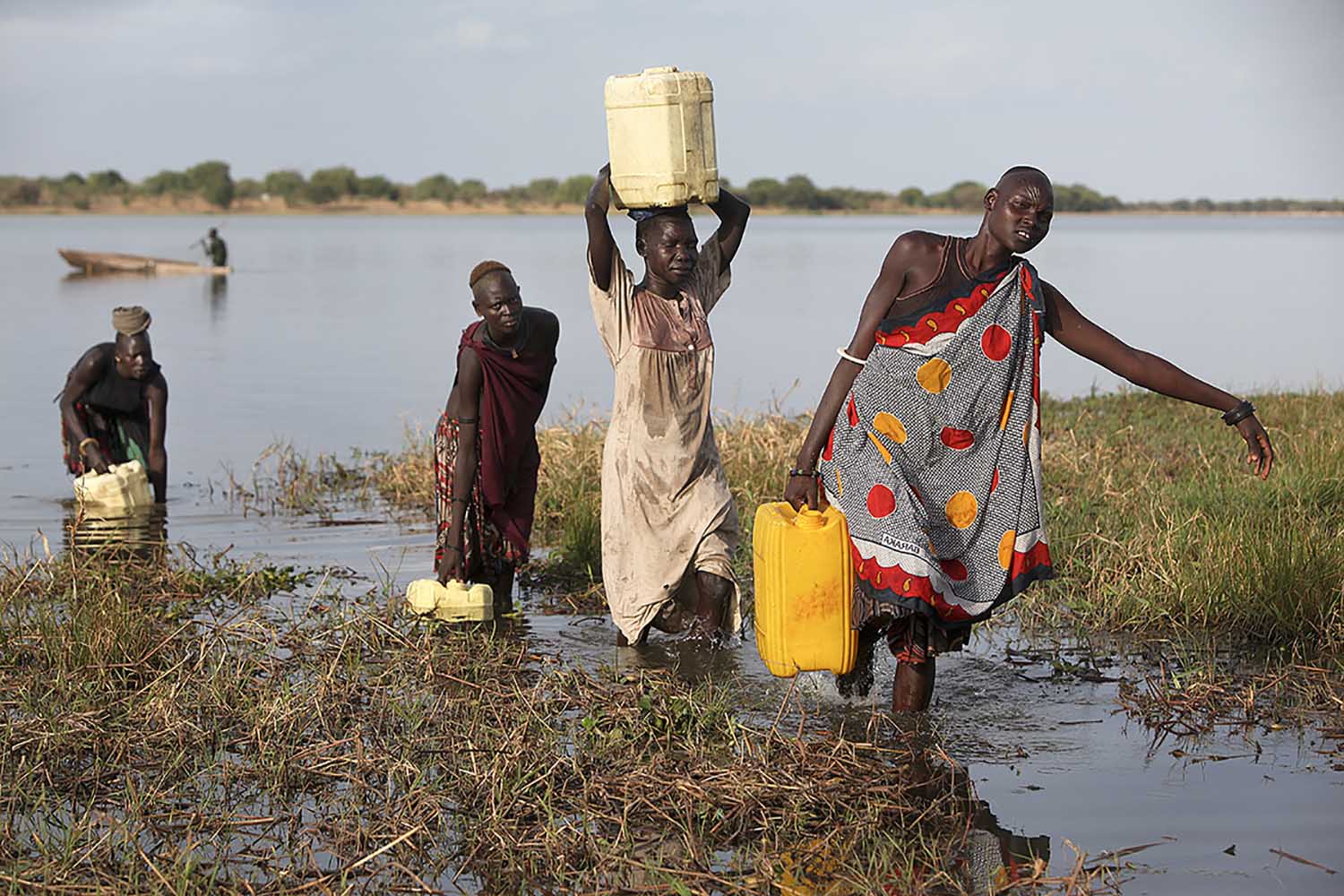 Why did you choose to become a photojournalist?

I would say I’m an accidental journalist. I’d always planned on being a teacher and was actively working as one in Oakland, California when my cousin, NPR reporter, Mandalit Del Barco received a series of grants to do some reporting in Peru. She asked me to come along with her and help her with her research. It was the start of the summer holiday and I was able to take a year-long leave of absence from teaching.

I was painfully shy at the time. So shy, in fact, that when I accompanied Mandalit to photograph a press conference my hands shook so much not one of my images came out. Despite my shortcomings as a photographer Mandalit was incredibly kind and patient with me. Our travels took us to the heart of the Peruvian Andes, our ancestral homeland, where the Shining Path rebel movement was born that led to a protracted internal conflict. It decimated the region of Ayacucho, where both our father’s grew up.

Seeing Mandalit work, the impact on people of having someone bear witness to their lives and struggles was transformative. The majority of the people we interviewed were peasant families, people who had no voice and had not been recognized until they were victimized. It made me realize the power of storytelling. In many ways the war had been allowed to unfold unnoticed because it was happening outside the realms of power. I realized that I wanted to put a human face to the stories we were hearing. That is how I began my career as a photojournalist. 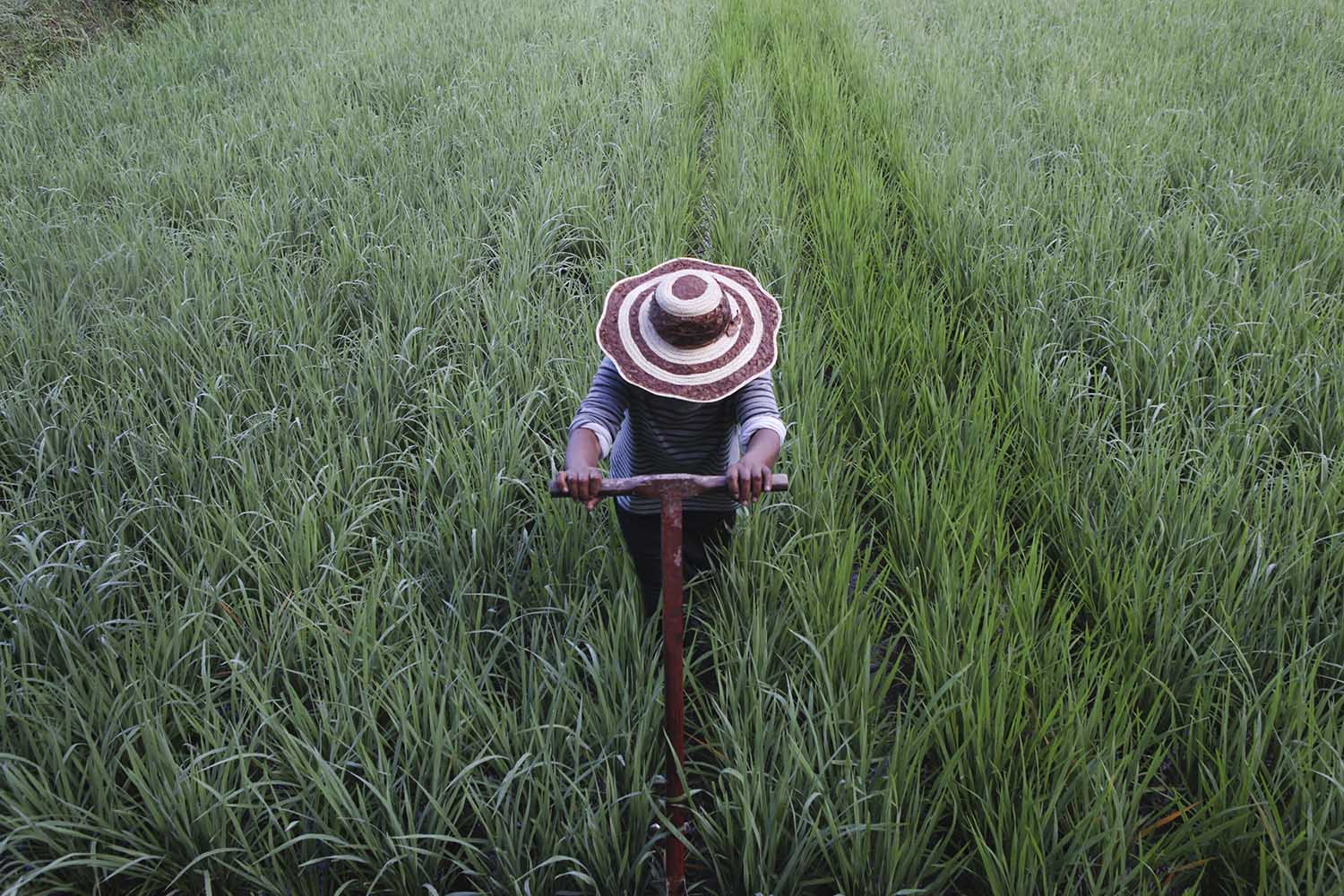 uzy, 42, weeds her rice fields in the village of Tsinjorano, Madagascar. © Sara A. Fajardo/Catholic Relief Services

How does your writing impact your photographic practice?

I consider myself a storyteller first and foremost; photography, video and writing are simply tools to help connect audiences to the people I meet. Each story, just like each person, has its own unique personality. Some stories lend themselves to writing while others lend themselves to audio or images.

Now that I work as a freelancer that often means that the format is decided before I arrive. In these cases, I work my hardest to find the most compelling angles and characters and provide them the best possible story in the format they are seeking. I often follow up a trip with suggestions for further coverage and other angles they might take in the future. 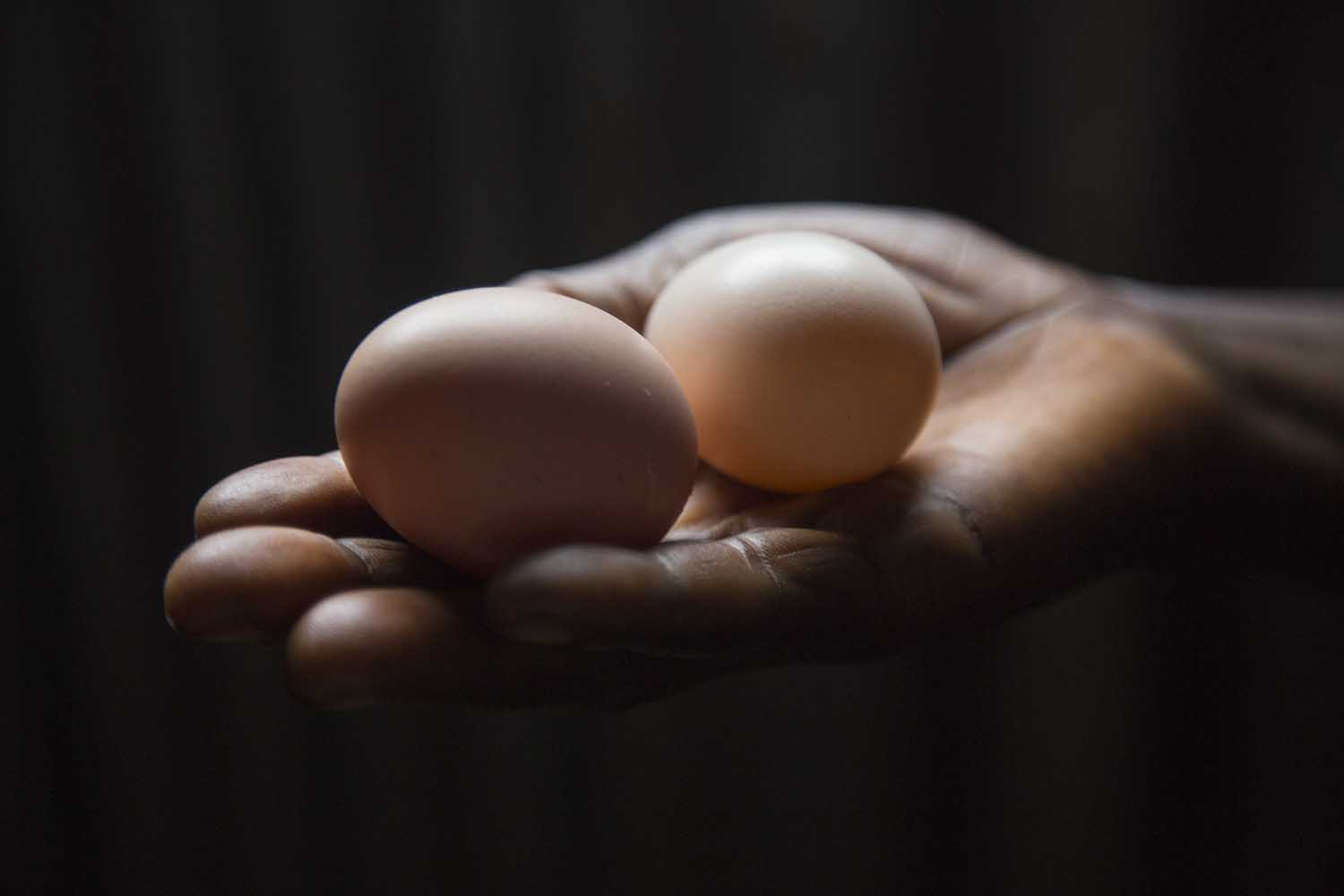 Poultry farmer Genofefa Haule, 53, holds some of the eggs her chickens produced in Lundusi, Tanzania. © Sara A. Fajardo/Catholic Relief Services

Most of your projects are in collaboration with Catholic Relief Services (CRS) - how did this cooperation begin?

I began my career as an NGO storyteller with CRS. I knew from the day I applied to grad school at Missouri that I eventually wanted to work for a humanitarian aid organization. I also knew that in order to do so I needed to improve my storytelling skills and that there was no better school than daily newspapers. I spent several wonderful years on staff at the Orlando Sentinel always knowing that I was working my way to NGOs.

I initially thought that I would do so as a staff photographer for an aid organization. Unfortunately, when I started looking I found that very few aid organizations hired full time photographers. So I expanded my search to positions in the communications departments at NGOs. One became available at CRS doing Hispanic outreach for the Latin America region.

I figured that while I was there I would hopefully work my way into a position as a full-time staff photographer. What I didn’t expect was how that job would lead me to fall in-love with storytelling in general and move me to play with different formats.

After two and a half years working in Hispanic outreach I transitioned to a position as a regional information officer for CRS based out of Nairobi, Kenya. While there I worked as an embedded storyteller and media point person for 14 countries in East and Southern Africa. 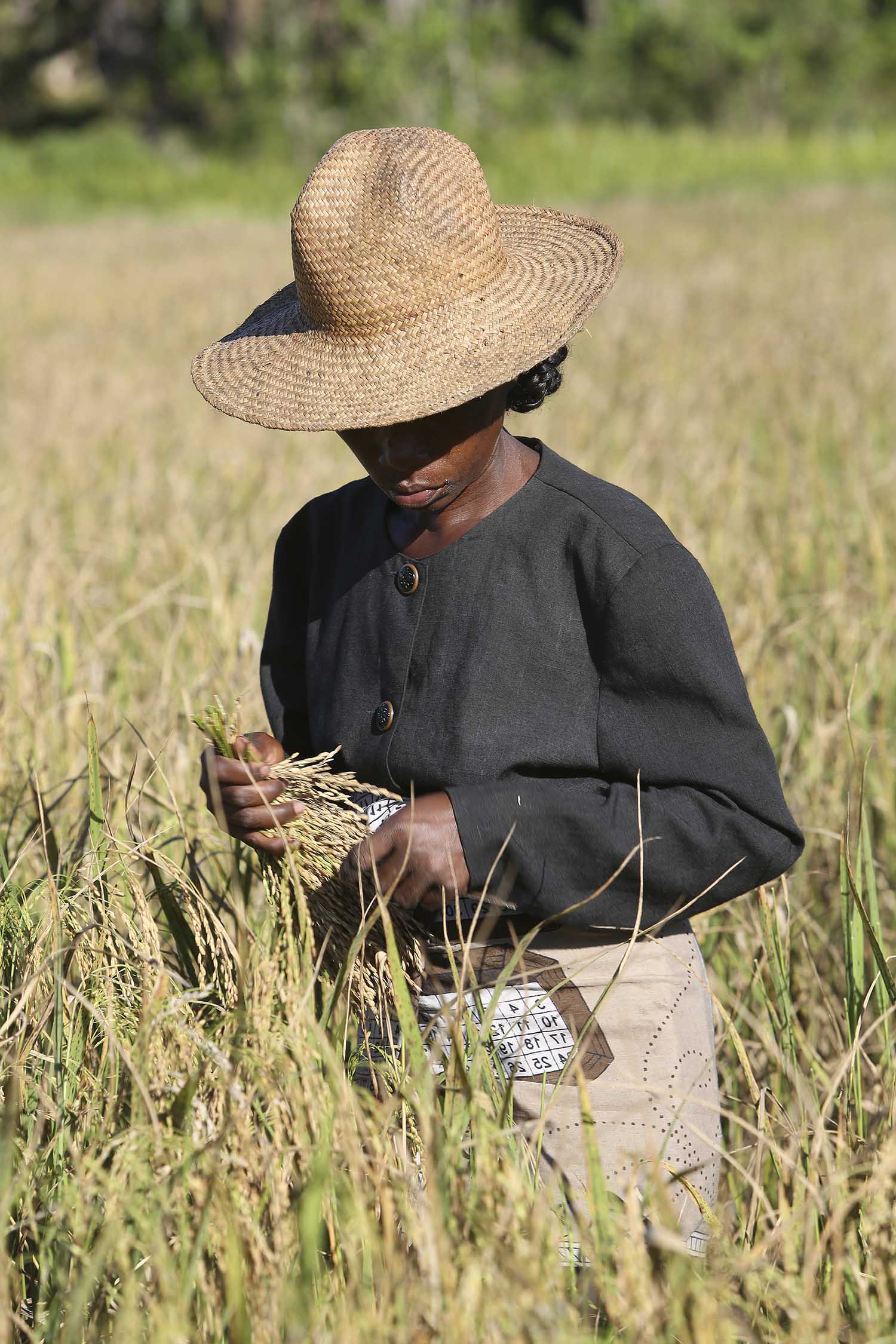 Are your projects self-funded?

I’ve been very fortunate that I’ve worked for organizations that allow me to live my passion. Up until now all of my work has been working for others which has taken up all of my time and resources. Now that I’m freelancing I do see myself self-funding projects but they will be more personal in nature and less documentary.

I’m currently working on a video piece for Lutheran World Relief (LWR) about their work with an indigenous community called the Arhuaco in the Colombian Sierra Nevada mountains. It’s a beautiful community that is working to recover and restore their ancestral homeland. They live in a reciprocal relationship with nature and believe that the Sierra Nevada is the heart of the earth and they are its guardians. LWR has been doing amazing job working with the Arhuaco on cocoa farming as a means of generating income for their community. The decision to take up cocoa farming was initiated by the Arhuaco as it is a crop that works well with the vision of what they’d like to accomplish. The way they produce cocoa is very unique to them. It’s a project I’m very excited to be part of and am looking forward to bringing to fruition. 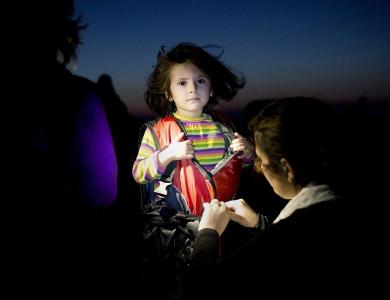 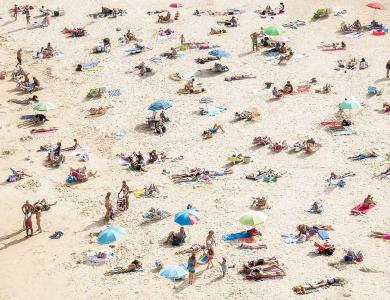