In Conversation with Lars Boering 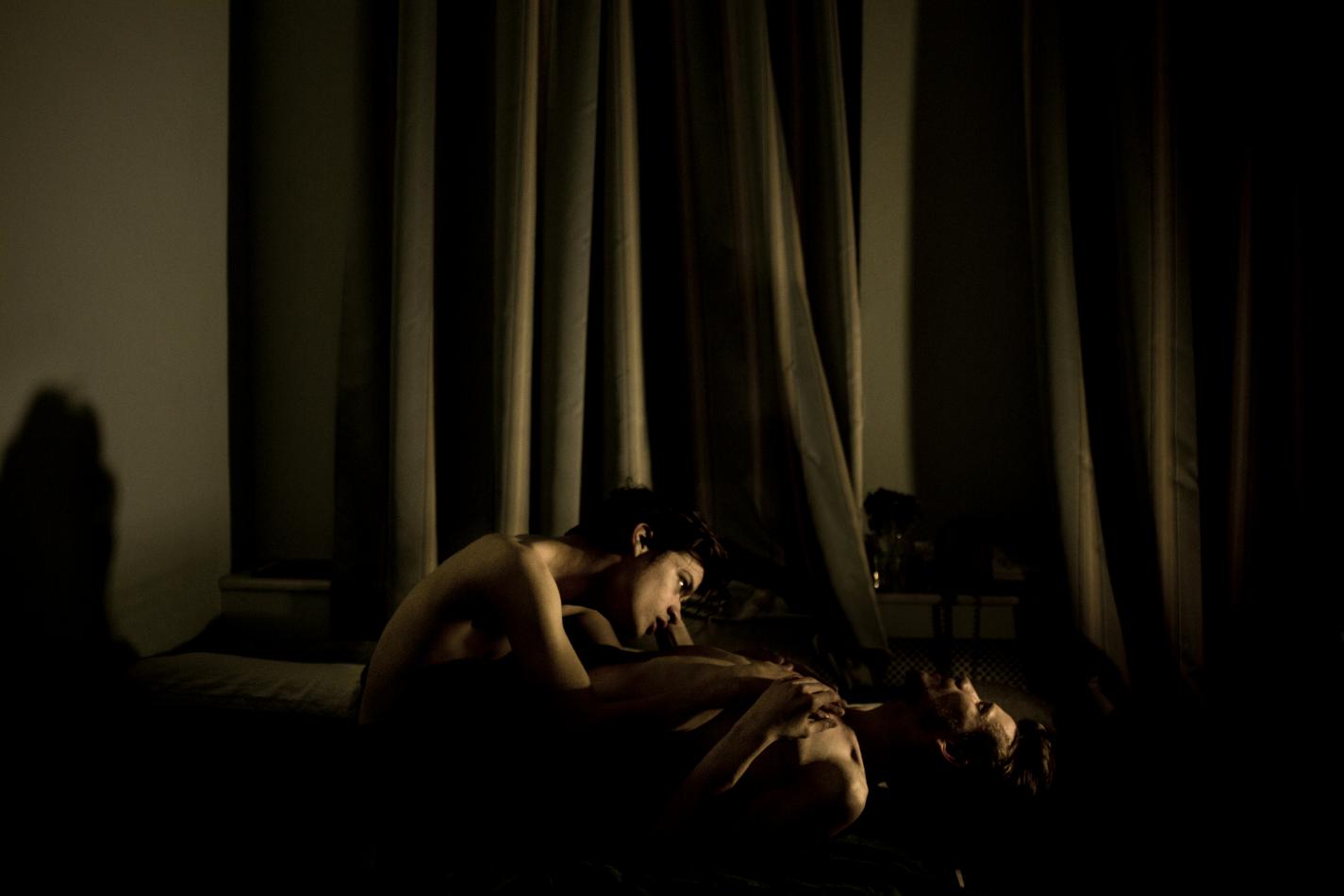 When World Press Photo (WPP) announced that photographer Mads Nissen of Panos Pictures had won the overall prize in the 2015 edition, they were making a number of statements - the political and social the most obvious.

Nissen's image of two gay Russian men laying together naked in a comforting, relaxed embrace, sent a message of immediate and required solidarity to the LGBT community in Russia and beyond. But it also sent a message to the heart of photojournalism: that there is so much more to visually represent in our world than war and violence. And there are quiet, under-documented, often extremely important issues that require the industry's attention in new and original ways.

We spoke to Managing Director of World Press Photo, Lars Boering, to find out more about his first year at WPP, his vision for the future of the organisation, and how he deals with criticism.

This was your first year as Managing Director of World Press Photo. From a personal point of view, how have you found it?

I was familiar with the World Press Photo before obviously, but I have been really impressed with the organisation as a whole. It is a 60 year old company, which means that quite a few things are nicely fine-tuned, and that’s great. But you also see a lot of things that you want to change. I am an outsider for the first time in years, so that means you ask questions: Why do we do it like that? What is the idea behind this? Have we ever thought about doing this particular thing a different way? Obviously once the competition is under way it is hard to change certain things, but now it has finished we can really start to look back and ask more of these questions.

I have been particularly impressed by our technology. We’ve been able to get in 100,000 photos without any problems, we did not have to extend the deadline and everything was really really smooth. And it has been the same in the way the judging has been organised, which was reiterated by the jury members - they thought it was a fantastic operation. So I am really impressed with and proud of our team. I knew WPP was good at a lot of things, but to be in the middle of it and experience it, I thought it was fantastic.

This year’s winner is similar to last year’s, in that the image captures an “in-between” moment. There is no immediate violence, war or suffering. Instead, we are asked to search the image for the issues it depicts. Do you think this type of image has more of a place in our world today than it used to?

We have to wait and see over a longer period of time whether this type of image is the trend. I do think that you could already see WPP changing over the last couple of years; especially last year, it has become more poetic and is addressing issues that might not be the absolute hard news stories, but they nevertheless express important stories.

On the other hand if you look at all the categories, all the major news events are in there. There are the hard spot news photos. So these traditional images are as much a part of the competition as they always have been. But the jury tends to look for a photo that goes beyond these hard news stories. It may also coincide with the way the general audience is looking at photography; what does our audience want?

How important do you think photo contests are for photographers and for the industry as a whole?

I think they are really, really important. Not just for me as managing director of World Press Photo, but I know it from several competitions and organisers of competitions just how important they are. Simon Roberts, who I know very well, has been here in Amsterdam this afternoon, and he was telling me how important being involved in the Joop Swart Masterclass was for his career all those years ago. And I’ve heard from several other winners of WPP, whether they won the overall or a specific category, how much it meant for them. The key with photo contests is that doors will be opened through success, photographers get more assignments and recognition. And it also helps from the other side of things; editors, curators and people involved in the industry, they look out for the winners of the big photo contests and opportunities arise for both parties because of this.

You recently told TIME that you’d like WPP to become as much of a think tank as a photo contest, stating that: “We can’t be in control, but we can be part of the future.” How do you see those two activities - photo contest and think tank - working together in the future?

It’s very important for us that the competition remains independent, and that it continues to be judged independently by the professionals that are brought in each year. We just try and make sure everything runs as smoothly as possible. So for us it’s incredibly important to keep the competition safe, but on the other hand, people really expect more from us. They see us as opinion leaders and they think highly of us, which is really important for us. So we should, in this ever changing landscape of photography, do more research, have more debate, discuss things with the industry as a whole, and try to come up with some basic rules that as many people as possible agree on.

The contest and the think tank will always remain separate and independent, but at the same time, the think tank will be very much connected with the competition and its outcomes each year, because that is the brand it builds upon. So we have the holy shrine, which is the competition, but you can dance a lot around it and do a lot of things and have meaningful debates with as many people as possible, including the photographers themselves.

20% of images were removed from the penultimate round of judging this year because of excessive use of manipulation. For a contest only open to professionals, many will wonder why these photographers feel the need to edit their images to such an extent. What is your view of this and what can the industry do to reduce this number in the future?

I’ve been thinking about this a lot, and I’m still not sure if am right or wrong, but the debate and issues raised by all this is key to the future of the industry. I think the possibilities for photographers these days is immense and they can do a huge amount themselves. The darkroom days are over, but the computer chip is a totally different thing. The camera captures data, and you can pretty much do whatever you like with that data. You can turn a photo from day to night. And on the one hand, that provides a lot of opportunities as a photographer, but on the other, it means there is now a lot of responsibility also.

In terms of certain images being edited excessively, and this is my personal view, I think sometimes photographers just simply over do it. They think by going through a certain editing process the image will be better. But in fact, it usually doesn't help that much and is unnecessary. You also see a lot of images that have simply been edited clumsily, which is sad because if the photographer isn’t good at editing they should either learn how to edit in a professional and refined way or they should hand that process over to someone who is proficient with the editing process. Digital editing has provided so many opportunities to change an image that it’s hard to resist sometimes.

The other explanation that I’ve been talking to my friends and colleagues about is that maybe some photographers feel pressured by the industry. Because everyone is fighting for the same assignments, everyone has to get their images right and on time. But we have to ask the photographers these questions, and in the coming weeks and months, we will be doing that. Afterall it is the photographers who provide us with these fantastic images!

How do you deal with criticism?

I tell anyone who will listen that you should love criticism, because it means there is an engagement in the discussion and the debate. I try not to take criticism too personally, but I always make sure to take it very seriously. That is why from the start of this job I have been actively involved in social media, and sometimes I will just give a direct response to a question or a query. It’s also about being proactive and reaching out to certain people for their opinion, which is something I myself have tried as much as possible to do and is something the organisation as a whole will do more and more of. I think it’s part of being open and transparent.

Everything you do will always be criticised, but we also get a huge amount of people getting in touch with us and letting us how much they love the winning photo - about 80% of the response has been positive, so that has been great. On the other hand, of course, people are telling us that the winning image is not a news photo and that is perfectly fine too. That is why I say you should love criticism, because it opens up all spectrums of the debate, which in the end is one of the most important parts of this entire process. 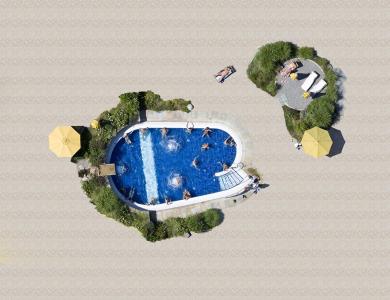 Why is aerial photography often so beautiful and serene? 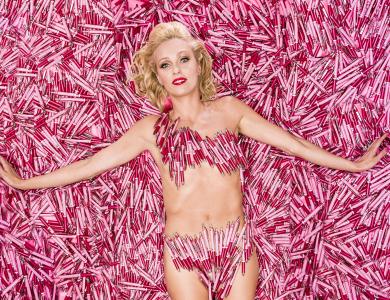