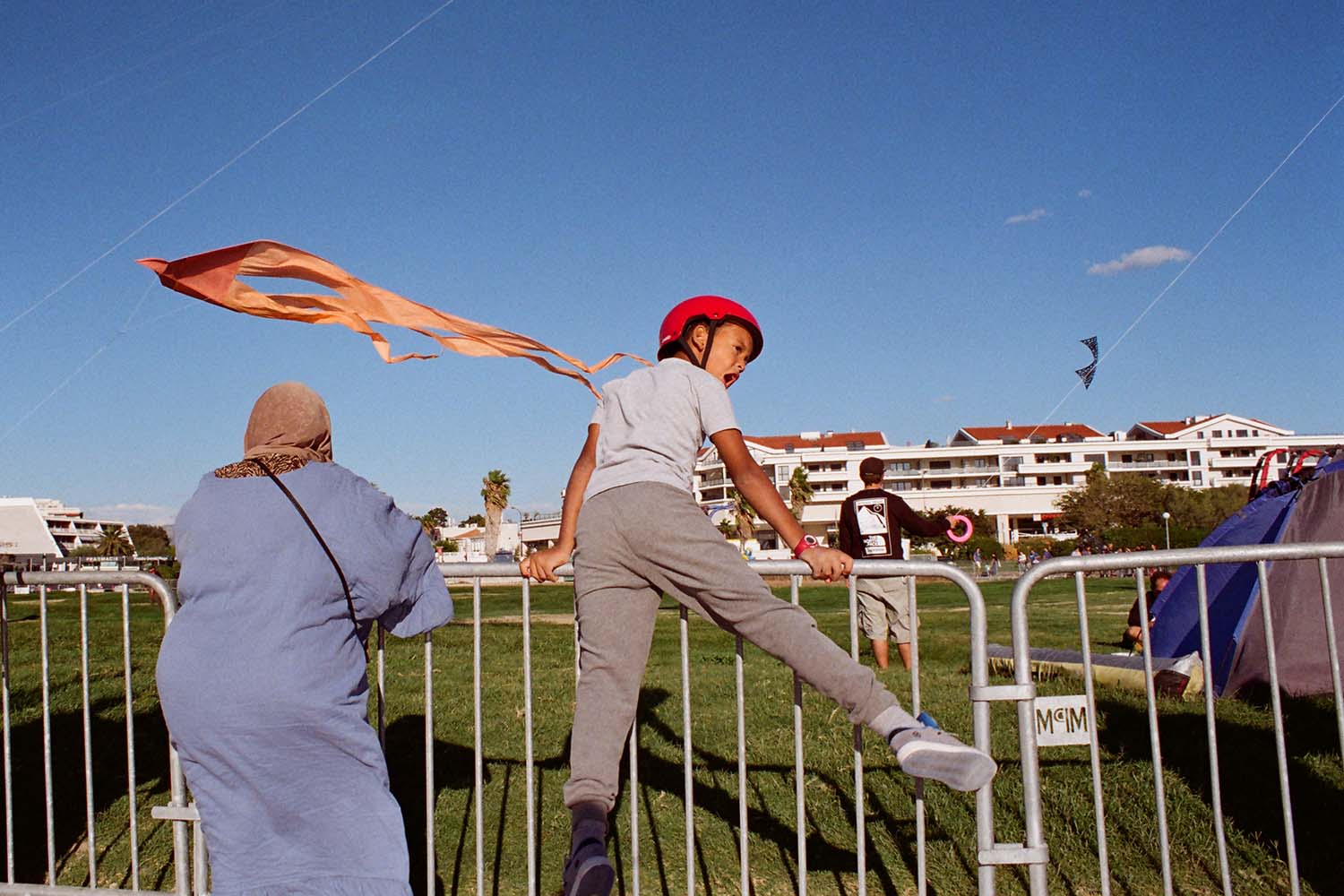 "I was returning barefoot from the beach with my manual camera around my neck. I always have a sharpness of 3 meters and a quick shutter time, so that if necessary, I can just press the trigger. Taken at a kite competition on the beach in Marseille, France." - Krzysztof Ćwik 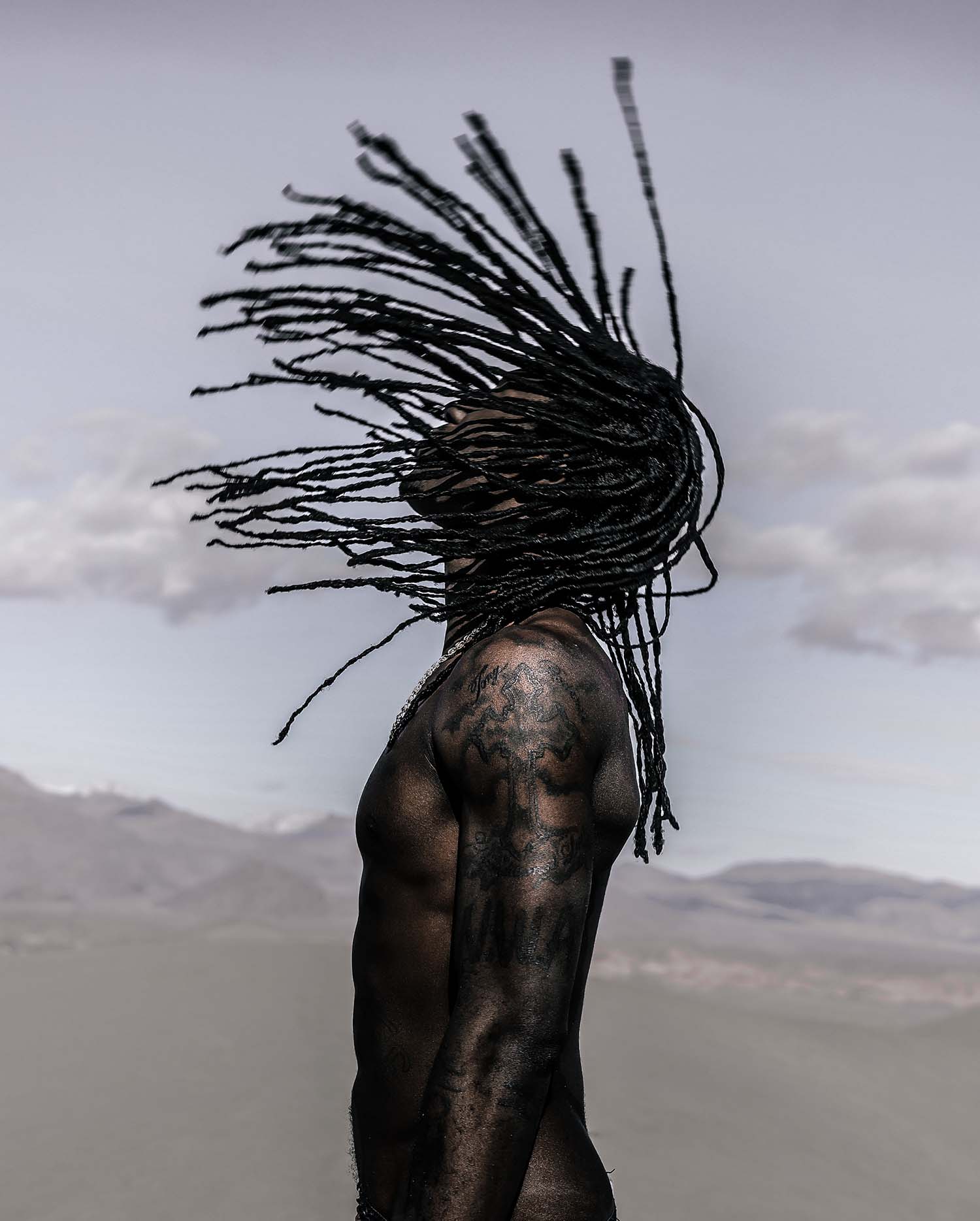 "This picture was taken in Death Valley National Park in California. My subject is a friend of mine who I grew up with, Isaac Linton. Coming from the same town, we had similar struggles and challenges growing up. The still body and frantic head illustrate how casual it's become to attempt to navigate a "normal" life while so many behind the scene factors, challenges, and struggles simultaneously sit in our minds." - Carlos DeLaRosa 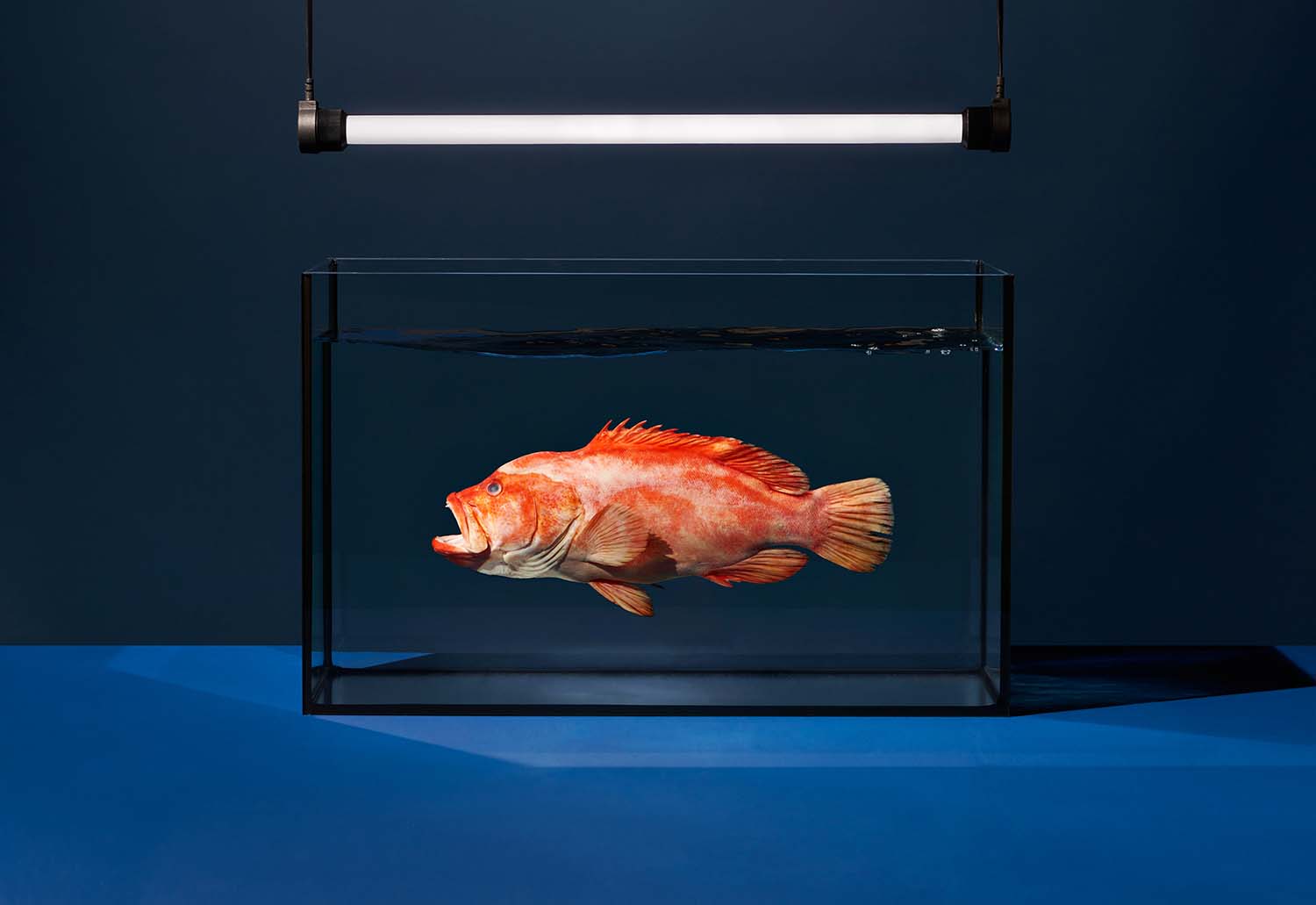 "A photography project that approaches the issue of whether or not the soul exists. The fish wander between the boundary of animate and inanimate. The fish tank is a life-sustaining device but it could also be a cabinet of death." - Kyoko Takemura 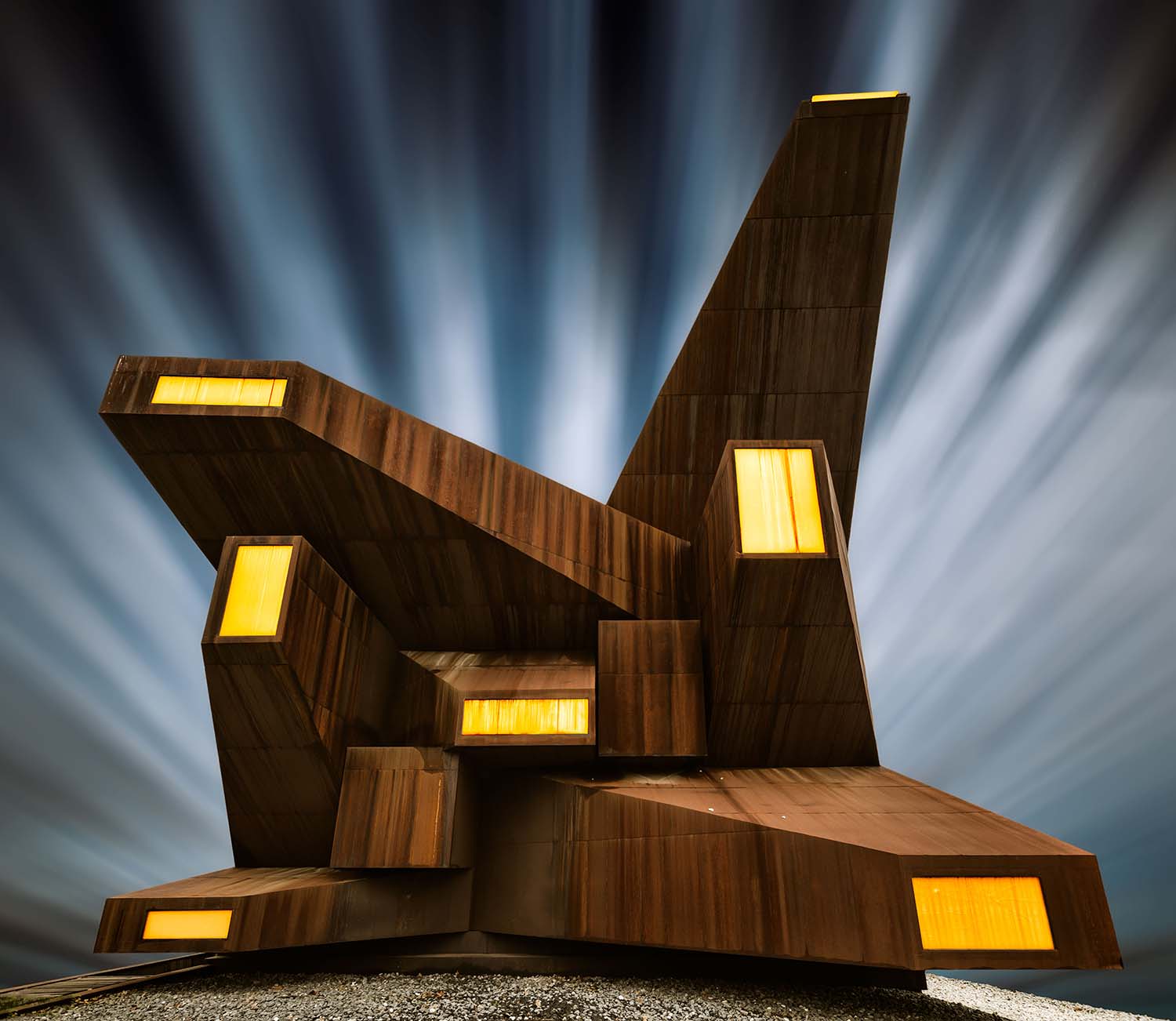 "Church located in Rivas, Madrid. I love the futuristic image of this building, it is undoubtedly one of the most unique buildings in Madrid and comes with many photographic possibilities." - Pedro Fernández Aguado 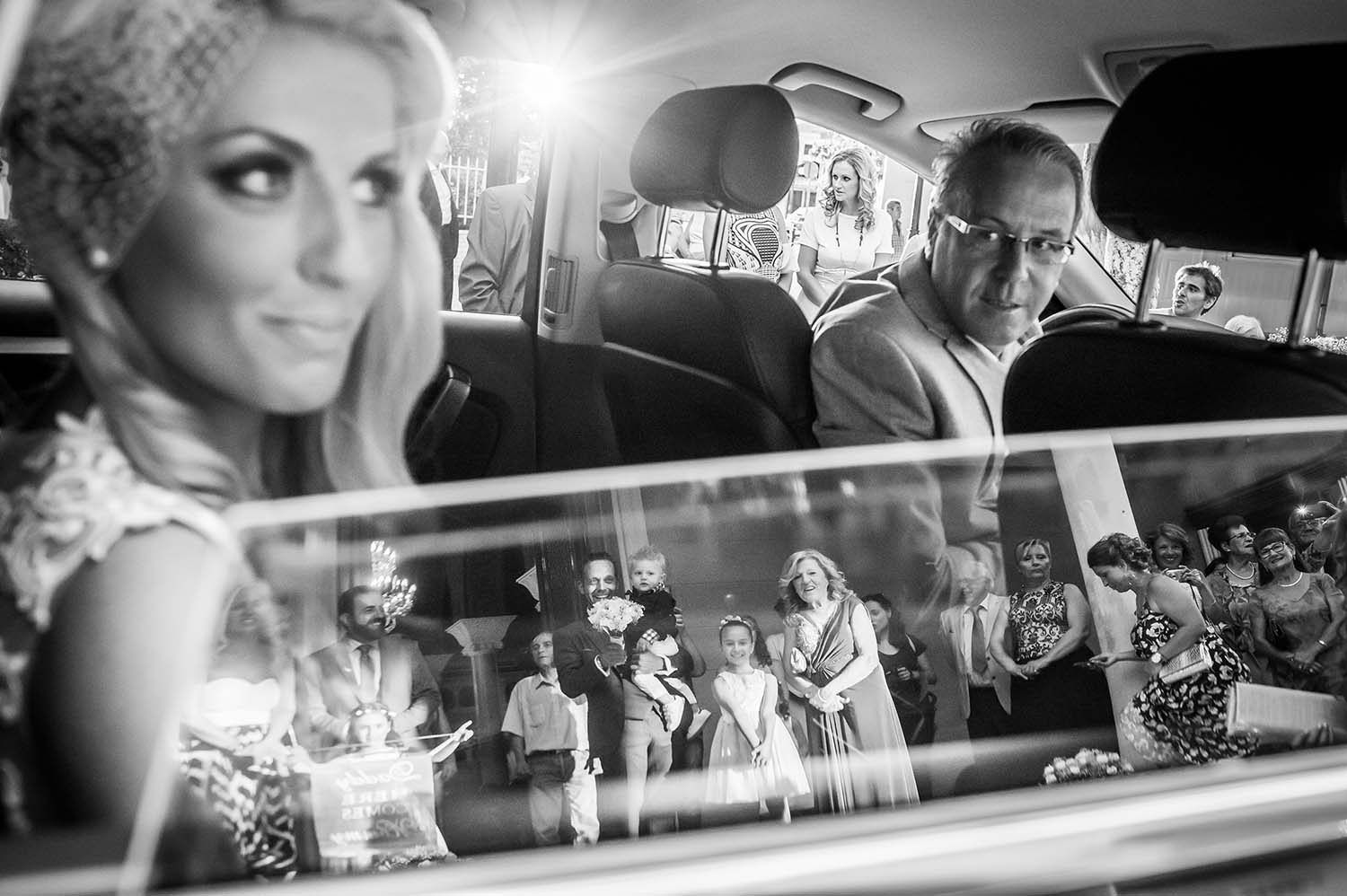 "A multicomplex image created by one single capture in real time at a Greek wedding." - Marios Kourouniotis 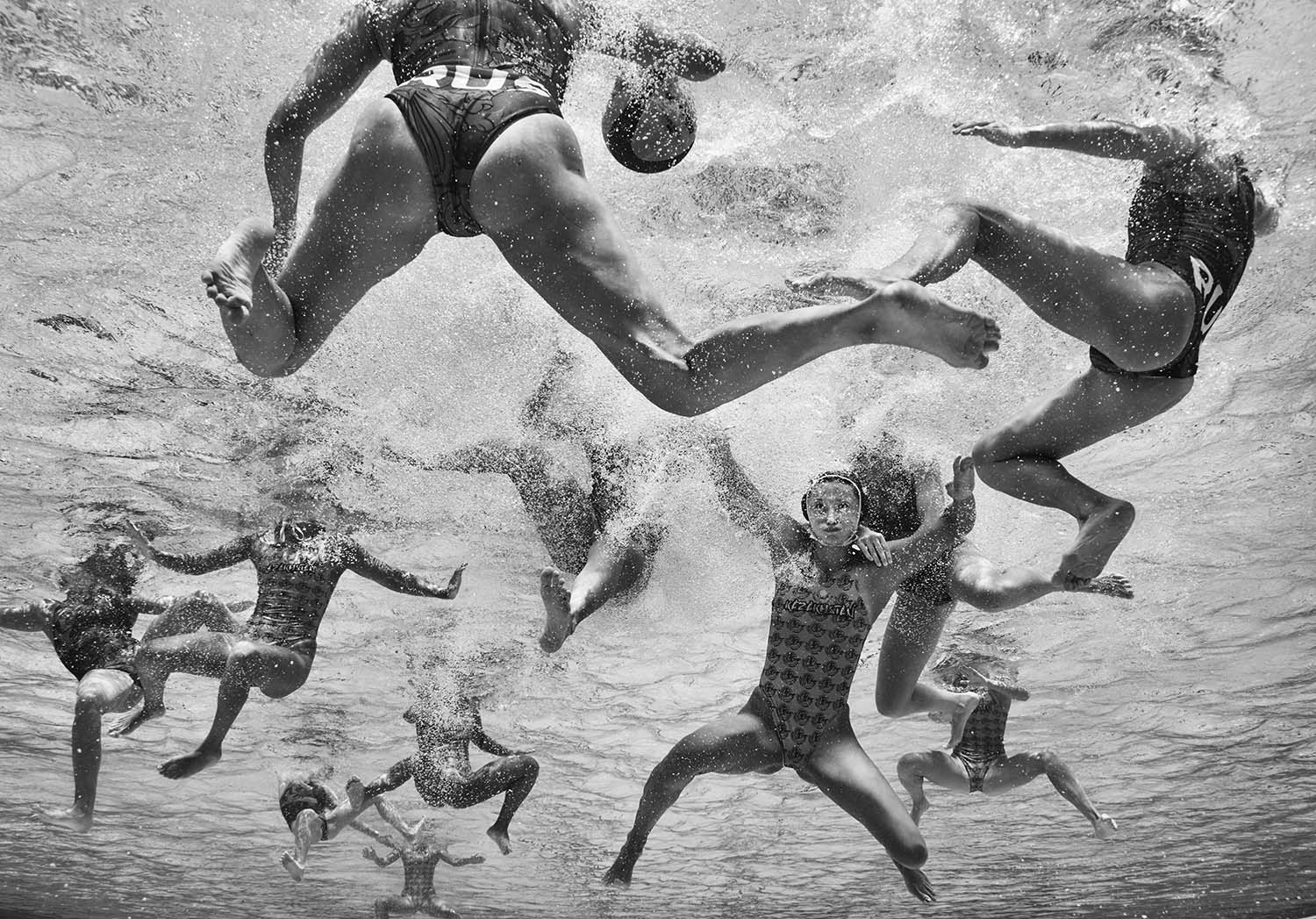 From the series 'Waterpolo Warriors' by Adam Pretty

"Waterpolo is one of the most physically demanding team sports played in the World Swimming Championships or the Olympics. Athletes are constantly under attack fighting for the ball or to keep their head above water and scarcely have a moment to recover whether in attack or defense. I wanted to illustrate how demanding the sport was, by concentrating on capturing it from underwater where the majority of the sometimes brutal physical exchanges happen, away from the eyes of both referees. The action was captured here during the premier Waterpolo event held as part of the Budapest 2017 World Swimming Championships." - Adam Pretty 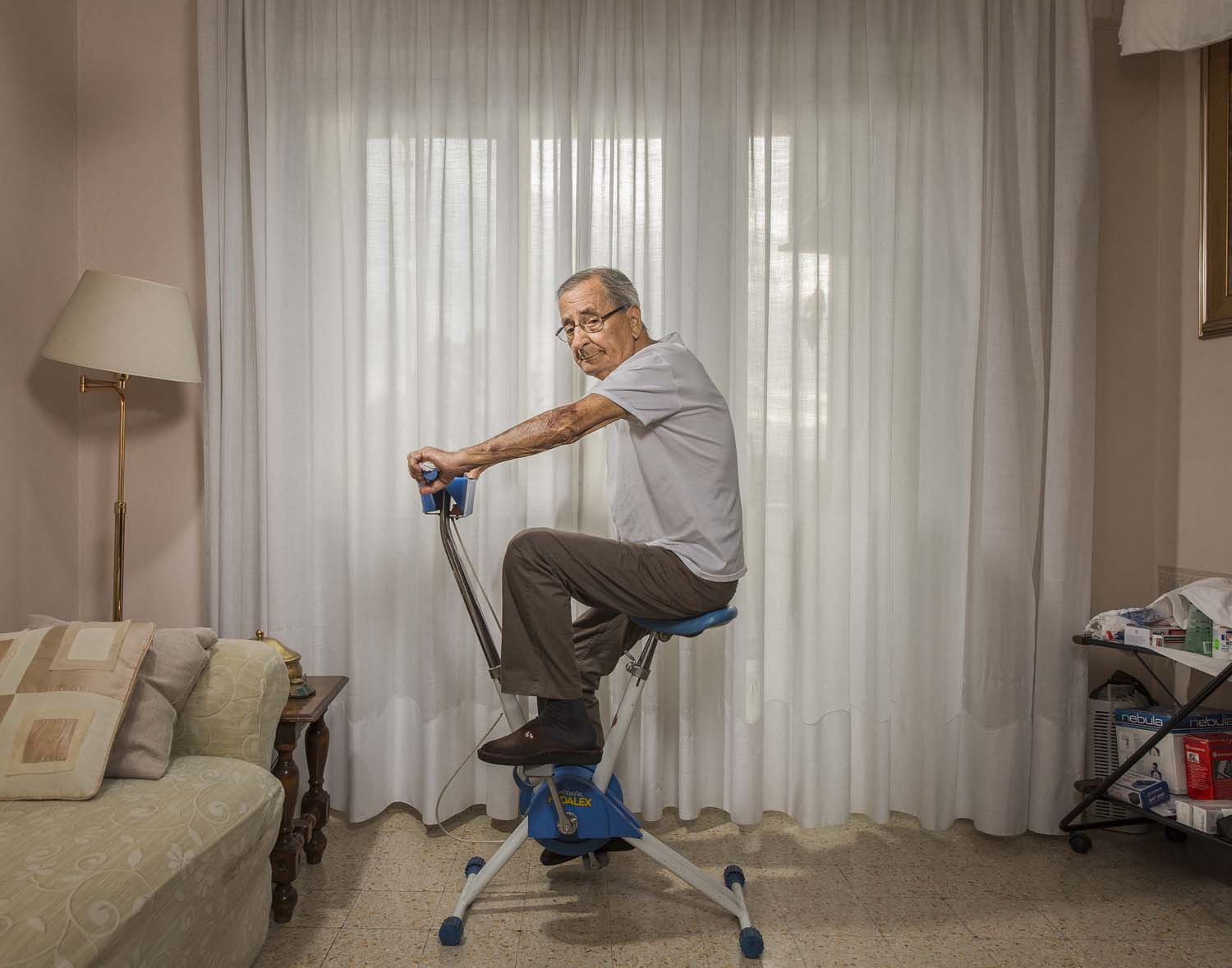 From the series 'Veterans: Faces of the World War II' by Sasha Maslov

"Veterans is a series of portraits of people who took part in the Second World War - the one event in human history that could not be compared with any other event on the scale of catastrophe, human tragedy, and the degree of impact on the future of our civilization." - Sasha Maslov 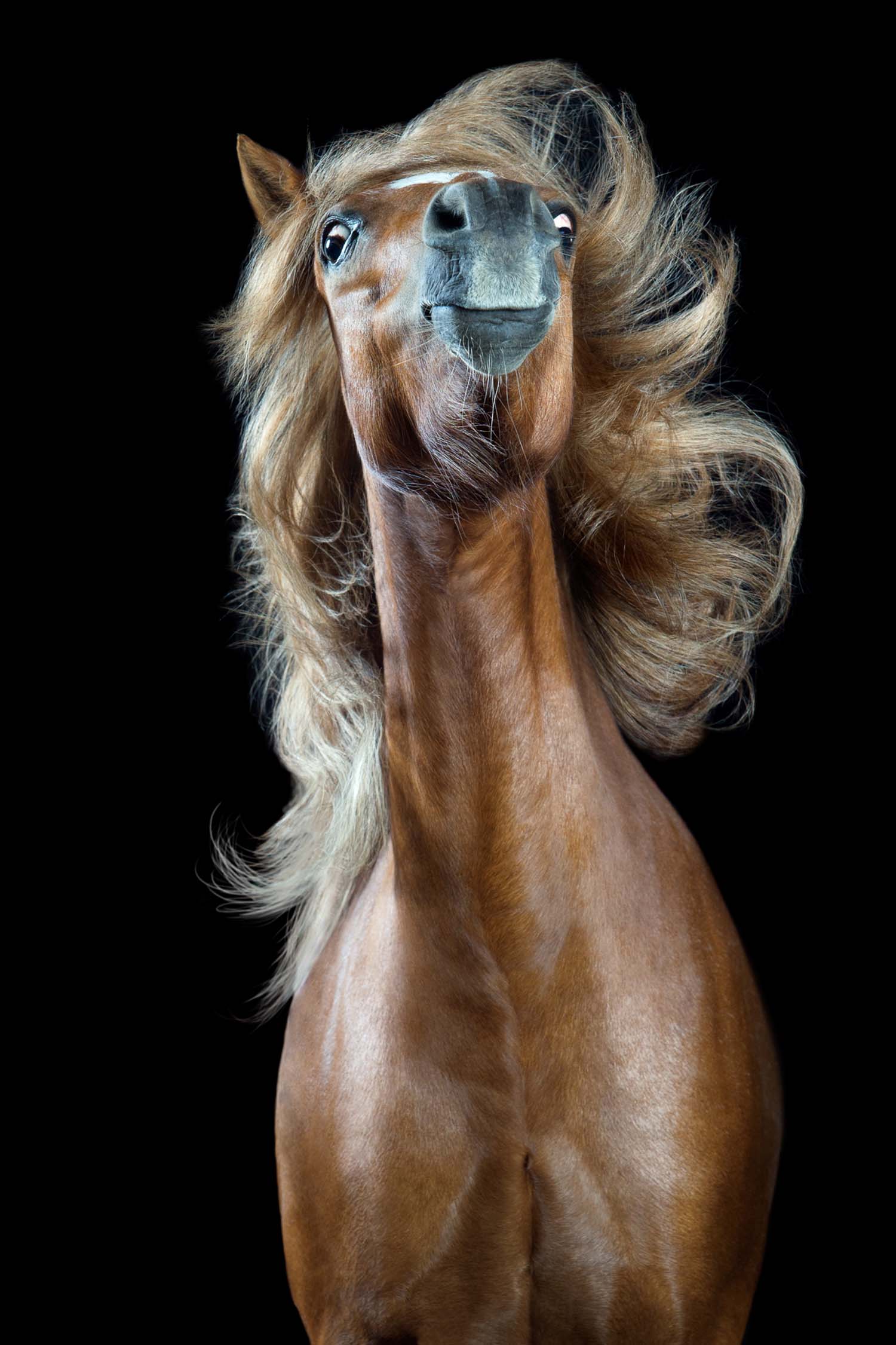 From the series 'Horsestyle' by Wiebke Haas

"When people ask me why I’m photographing horses I usually respond: "Because I adore their beauty and magnificent grace!" But there is another reason as well. Horses can be hilarious and darn funny! It’s my greatest passion to tease out nearly human expressions of my horse models." - Wiebke Haas 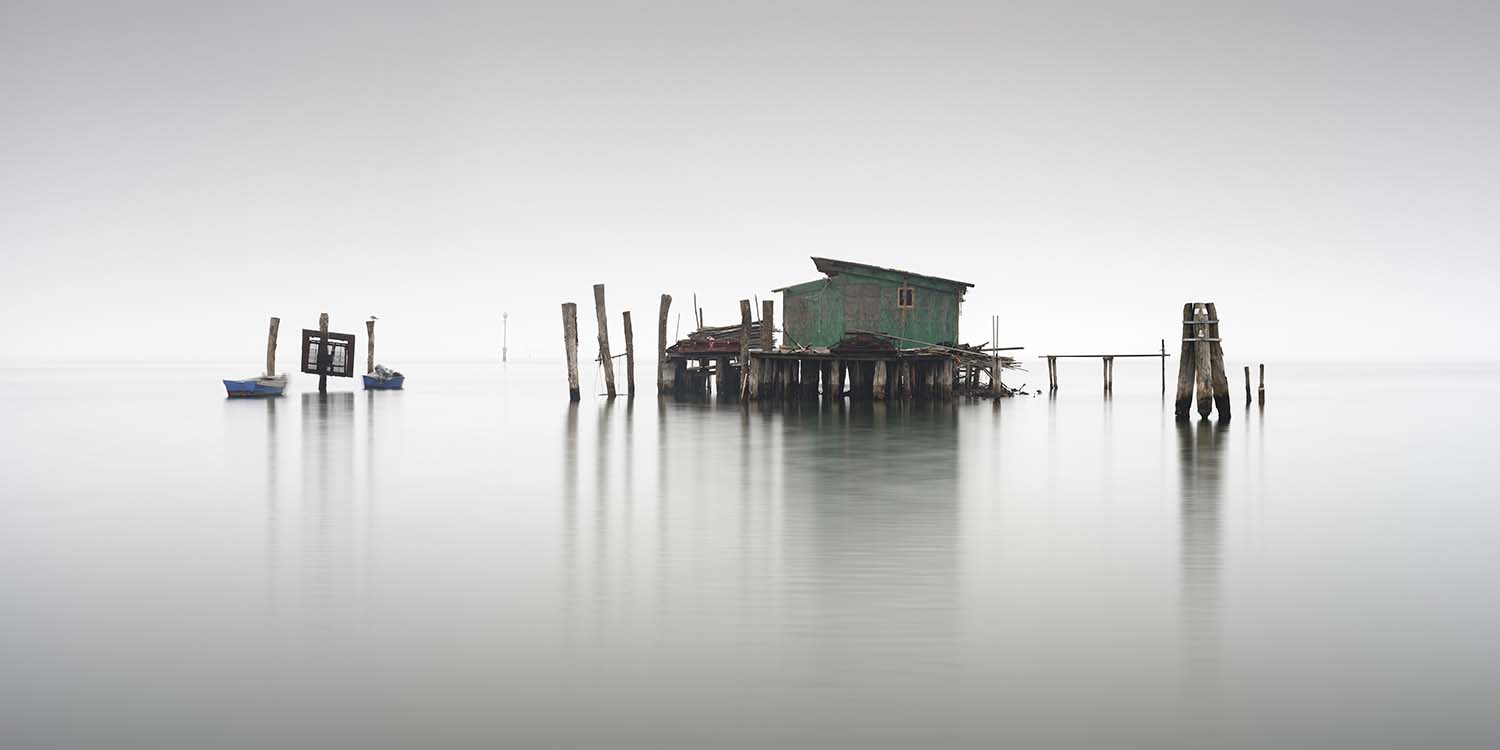 From the series 'Casoni' by Rohan Reilly

"These fishing huts (Casnoi) are built on stilts in the Venetian lagoon. The local fisherman use them to store their equipment in a safe place. I was completely transfixed by their colours and shapes, but even more so the space around them. I shot this series in November 2017. The weather was perfect with no wind, the fog was thick enough to render a monochromatic feel to the scene whilst reducing the background to a blank canvas. This gave prominence to the subtle colours of the huts. I used exposures of around 30 secs to further smooth the water without losing texture in the shadows." - Rohan Reilly 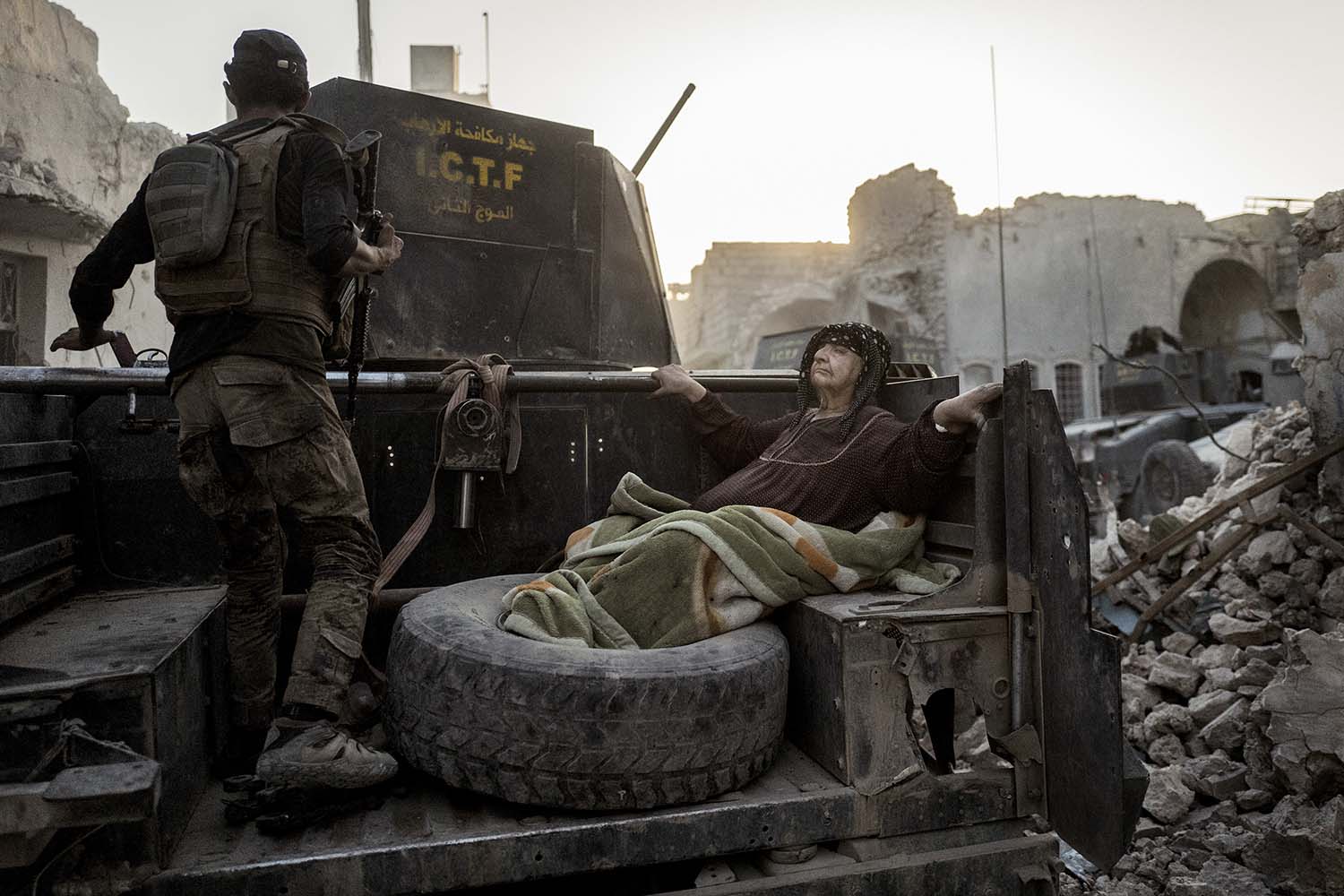 From the series 'Mosul liberated' by Rasmus Flindt Pedersen

"On 16. October 2016 a coalition of Iraqi and Kurdish military forces launch operation 'We are coming, Nineveh' - the fight to retake the Iraqi city Mosul and the surrounding area from ISIS. Nine months later Mosul is declared liberated.

An AP report estimates that upwards of 11,000 civilians have been killed during the war, and according to the International Organisation for Migration, more than 800,000 people have fled their home.

The series is shot over the course of 16 days during two separate trips to Mosul, Iraq in January/February 2017 and June/July 2017 in order to document the war to liberate Mosul from ISIS." - Rasmus Flindt Pedersen 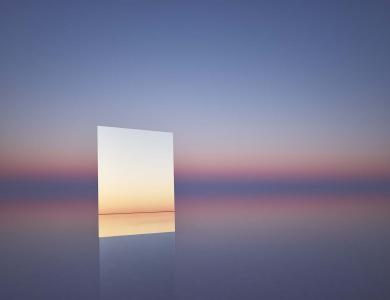 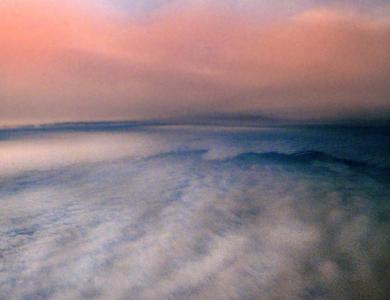 Finding the mood and colour of a landscape