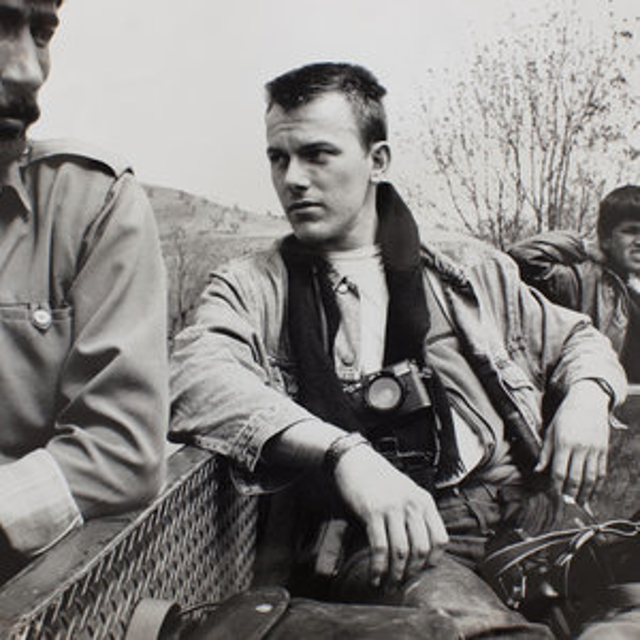 When he was 15, Adam Hinton received the first installment of compensation from the Government following a knife attack (his attacker had a thing against punks) and instinctively he knew what he was going to spend the money on: more lenses. When Adam received the rest of the money at 18, he spent it all on a set of professional cameras and lenses. From that moment onwards, photography has been the constant focus for him. It has enabled him to vocalise his other interest: politics. Studying photojournalism in the 80s enabled him to articulate his feelings, beliefs and values into a visual medium that he could communicate to others. Adam would take photos at all the demonstrations he went to: anti-apartheid, anti-nuclear, the miners’ strike and the picket lines at Wapping. He hoped, and still do, that his images could portray something of the way we live today, how each action has a reaction, that nothing is without cause or response.

Adam Hinton believes in the good of people. Wherever he has travelled, the people he has met and stayed with have been welcoming and open. Even in the most dire situations, when almost everything seems negative, he finds myself photographing the positives. When he stayed with a family in the favelas of Rio de Janeiro, he found that in spite of the level of violence surrounding people living there, it was outweighed by the community’s cohesion. They had, without any external help, organised football and ballet classes for the children and adults, art clubs, after-school care and had built their own library. Families supported each other and the community had a strong sense of social solidarity. This is what Adam wanted to photograph, not the violence and danger. When he first started taking pictures he found that the social documentary style of B&W suited his work brilliantly (things were more black & white to him then). However, as time has gone by, he has moved away from the more traditional image to something he thinks is more fluid and spontaneous.