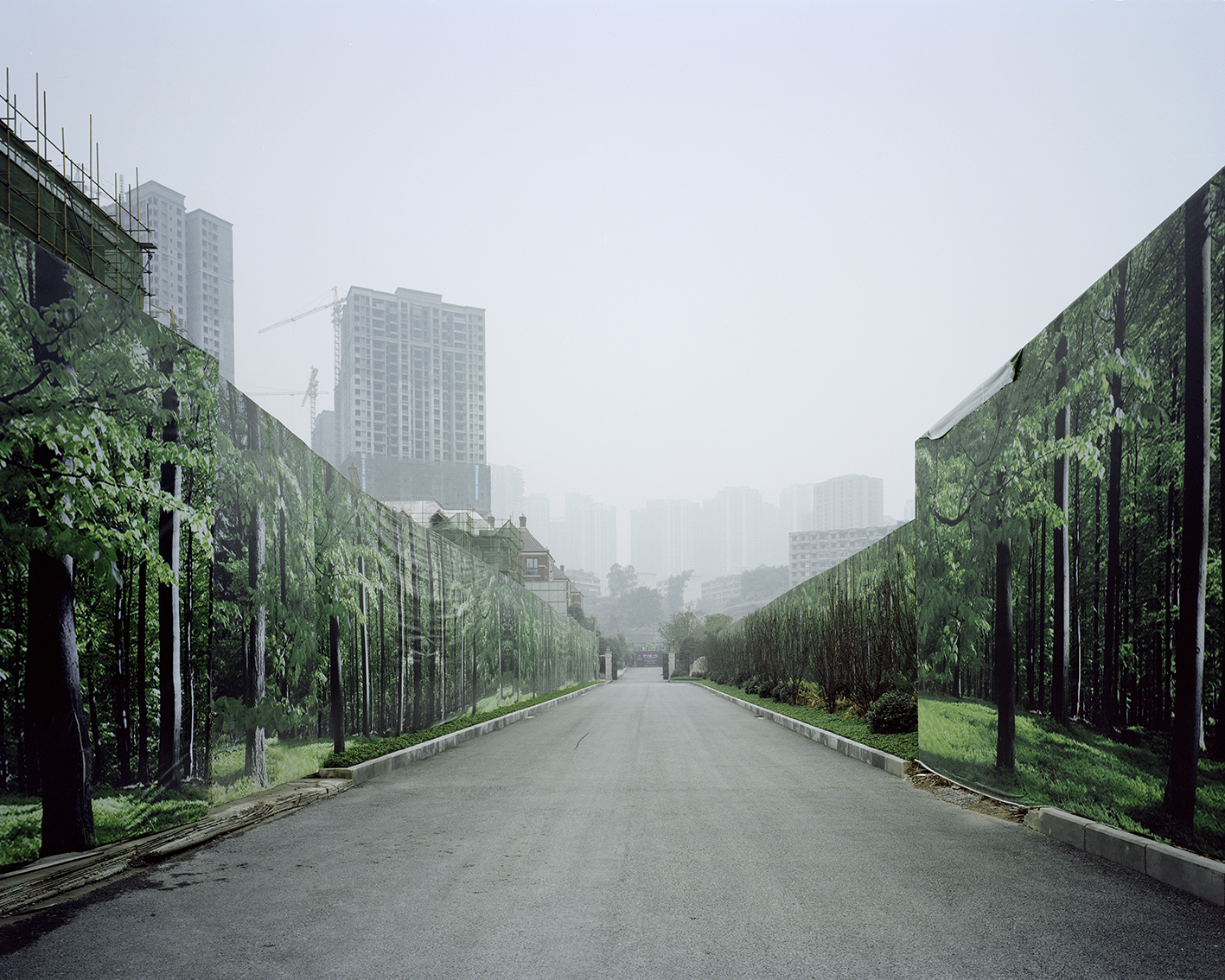 French-American photographer born in 1968. Julien Chatelin’s work explores territories in transition which topographies are charged with opposite energies. There plays a battle between cities and nature, man and its environment. These spaces carry a profound ambivalence, suggesting at the same time fecundity and sterility, a promise and nothingness. The dual display of a certain vernacular and the distress of fragmented societies, propose a singular reading into capitalist development.

Julien Chatelin began his career in 1992 as a photographer after graduating from New York University’s Tisch School of the Arts.
While pursuing a successful career working for major international magazines, Chatelin developed long-term documentary and art projects such as Israel Borderline (2004-2006), a visual fresco of Israeli society, which was exhibited in Cannes and published in a 160-page monograph in 2008. (Edition Images en Manoeuvres)

In a constant quest to explore new visual dialectics and narratives, Julien Chatelin, produced Egyptorama: A journey through Egypt’s semi-desert lands shot in large format which received the 2013 Camera Clara award. He also was rewarded the 2nd place in the Sony award in 2016 for China West, and the All About photo award the same year.
His work has been exhibited in the European house of Photography in Paris, the Geneva, Centre de la photographie, The Sommerset House in London, and in numerous gallery shows and festivals.