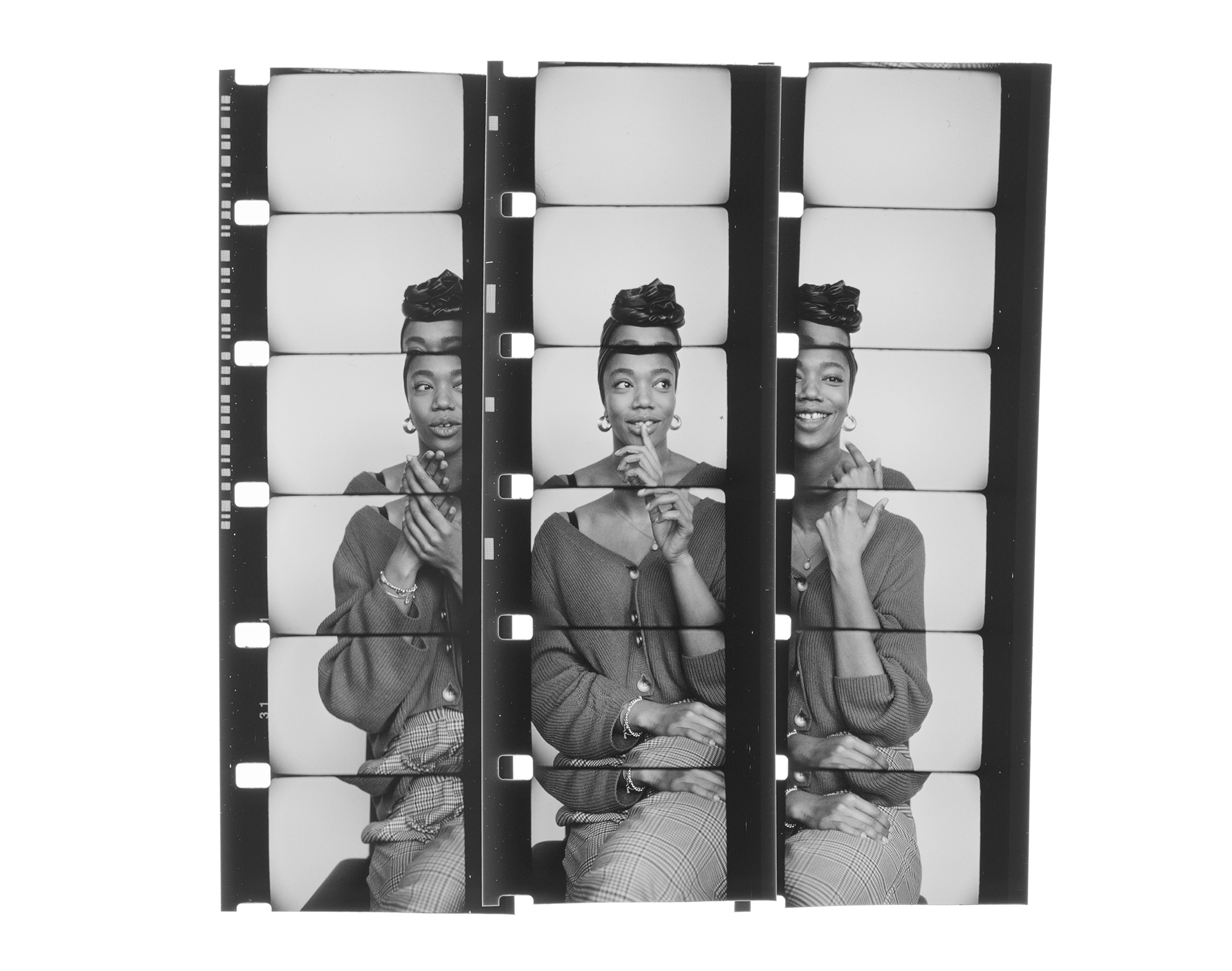 It was an image from the far side of the moon that inspired London-based photographer Josh Shinner to explore his 16mm cine camera for portraiture. Asking a group of actors to sit for him, his images transcend capturing just a single moment to instead reveal a whole session – and all of the rewarding interactions that go with it.

He shares his story behind Film Strip (vol. 1) in the return of our This week's focus series. Make sure you head over to our Instagram to enjoy his takeover.

Can you start by telling us how you conceived this project?
I bought a print from an auction of NASA photographs a few years ago and it was shot from the Lunar Orbiter 1 mission in 1966 where they took the first photographs of the earth from the far side of the moon. The way the photographs were made was by shooting them on a long roll of film, developing them on the space craft automatically before being scanned and transmitted back to earth where the strips were cut, aligned and placed together to make an overall composite. I loved the fact it wasn’t an absolutely perfect composite (though being NASA it was a lot closer than my series!) and this sparked an idea that the same basic technique might be interesting when applied to portraits.

And why cine film?
Well I had the idea in my mind before sketching it out (very badly) and then deciding on the medium. For me the medium tends to always follow the idea - in the case of Film Strips 16mm cine film is just the best format to make the project as I’d envisaged. Generally speaking I don’t get too bogged down with equipment, it’s just a matter of choosing a tool to facilitate an idea. If I think too hard about the equipment it just gets in the way and then nothing interesting happens in that magic space between sitter and film.

Film Strips (and a lot of your other work) is an intriguing mix of analogue and digital, how important is this synthesis in photography today?
This follows on from the previous point about equipment really - neither film or digital is better than the other, or more valid - as much as some people might try and convince you that film is a higher and more pure format. I use them both pretty much equally, and my decision of which to use for a particular job or project is mostly down to what I want the final image to say or feel like - though with a lot of commercial work there are other factors that come into play. Also, given the nature of presenting images these days, be it in a virtual gallery, a website, a PDF or even social media - they all have to be digitised somewhere down the line no matter what they’re shot on, so escaping the synthesis of film and digital is practically impossible.

You often combine your photographs with some other medium (like handwriting, collage or paint, for example). Why?
I’ve just always been most interested in tactile and textural types of art, and I like the fact you can be a little playful with it. I also think the interplay of photographs with writing, painting, doodling or collage reveals something about me and adds a bit of character to the work. I wouldn’t for a second dream of comparing myself to the late, great, Peter Beard - but the more of his work you look at, the more you build up a portrait of him. His character (and quite often his blood!) is all over that work - and I absolutely love that. Plus, I haven’t found the perfect font yet - so until then I’ll need to stick to the handwriting.

Cine film is predominantly used for moving image. What do you think this medium brings to the project that medium format or 35mm film wouldn't?
Well I love my 16mm camera and lens setup to shoot moving image as well as stills, both are beautiful on it. For this project though it made sense for a couple of reasons…the first goes back to my earlier answer - I had an image in my head and 16mm made the best case for me using it. I could have produced a relatively similar result with 35mm or 120, but it just wasn’t quite right. And the rolls of 16mm I use are 100ft long and I can choose to cut them up exactly where I want - which just gives me more control. The second reason is that all the sitters are actors, and I felt like it was a really nice fit to use a format that was designed more for them than anyone else.

Why were actors the right fit for this project?
I’ve always been fascinated by the process of acting, and as I never progressed from being cast as Scrooge aged 12 I have to live vicariously through people who have actual talent. The reason I chose actors to be sitters for the project though is mainly because I like photographing people who, when seen publicly, pretty much always have a character that creates a layer of privacy between the viewer and their true self. It’s similar to photographing a musician who suddenly doesn’t have their guitar and microphone, they sometimes feel a bit exposed and vulnerable. I love this challenge - the chance to meet someone, have a cup of tea and a biscuit (sorry to those sitters I didn’t offer biscuits to) put them at ease and then gradually build up some trust, even if it’s a small amount in a small period of time, and then take a picture that reveals something about them.

Your sitters seem particularly relaxed and comfortable in the composites – they're having fun! Can you tell us a little bit about the atmosphere you create during a sitting?
As mentioned before - cup of tea and a biscuit are first and foremost! There have been times I’ve photographed people (not for Film Strips) and we’ve only had a couple of minutes in the back staircase of some dingy building and I know there’s nothing interesting or unique in those portraits. The pictures might appear fine on the surface of it, but without the chance to just chat for a minute, make each other laugh or something, there’ll never be a deeper level to it. Something I find more and more amazing about making portraits and these pre-shoot chats is that quite often both of us really open up and you tell each other things you would never normally tell a stranger. I really think that it’s a huge privilege to have those conversations, and it’s also why I very firmly believe in photographer-sitter confidentiality!

We see this is titled Film Strips (vol. 1). Can we expect a second installment? And if so who would be your dream sitter?
There’ll definitely be a second installment - building further on the same basic theme. And to be honest I’m just extremely grateful (and flattered) that anyone would want to be involved in the project, so my dream sitter is just whoever kindly says yes next! Or Bill Murray…I’d very much like Bill Murray. Bill?

What would you like to do with this project next?
I’m dying to produce a book and hold a small exhibition. I feel that the project lends itself nicely to both formats, and I think the book is the ultimate way to present a body of work. So I’m hopeful I can make it happen. Mr Steidl? 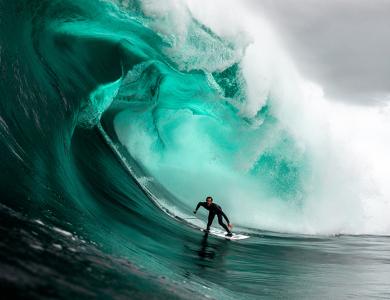 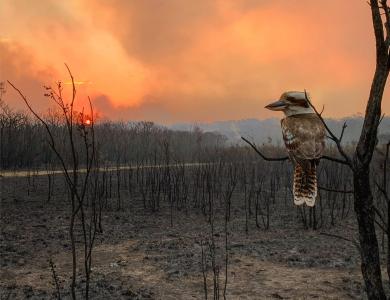 Beyond the Frame: Adam Stevenson