It’s no secret; some of the world’s most incredible photographers are women. Dorothea Lang, Mary Ellen Mark, Nan Goldin and Annie Lebovitz are just some of the female artists who have given us some of the breathtaking work that exists in the photography. There are also thousands of highly talented female photographers out there who don’t make it to the top. Why is that?

Camilla Brown, curator, writer and lecturer of contemporary art gives us her thoughts.

Do you believe a gender bias exists in photography?

Throughout history a significant number of women have participated as photographers and teachers but the stumbling block for many seems to be maintaining their profile and leaving their legacy. It is easy to forget the great pioneers and many key women photographers can still seem overlooked even today. So this does, to me suggest, a gender bias exists and it is for our generation of curators and art historians to attempt to redress this.

Have you faced any obstacles during your career because of your gender?

I do not believe I faced any barriers as a female curator until I became a mother. Our working cultures are very male dominated and frankly macho, with a large emphasis and value placed on working long hours. Suddenly juggling this part-time and with kids becomes hard. Many women like myself have developed an entrepreneurial approach and gone freelance or set up their own companies to get flexibility and work-life balance. I would rather be judged on the quality of my outputs than the hours I spend at a desk.

Do you think being a female photographer has certain advantages?

It is hard to comment on this without falling into gender stereotypes but I do feel women have a number of strengths, particularly with the rapport they build with their subjects. I particularly love Dorothea Lange's Migrant Mother and Helen Levitt’s street shots of kids in Harlem. It is hard to imagine a man taking these images.

What one piece of advice would you give to your former self or young women trying to make it in the world of photography?

I think it is really important for women to have role models and mentors on their journeys through life. It is also key for more established women to be open about the things they struggle with. I try in universities to talk about being a working mum as it can start a really interesting conversation with female students about how to manage with kids but it also shows them they do have a place in the world of photography. Don't give up - be persistent - and support each other as much as you can. 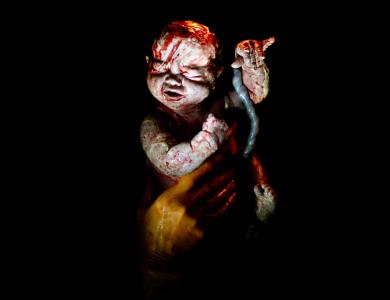 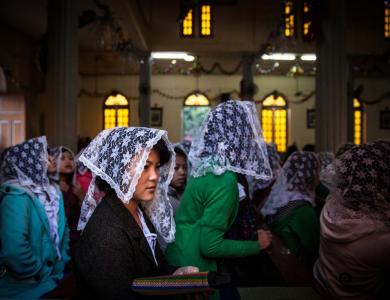