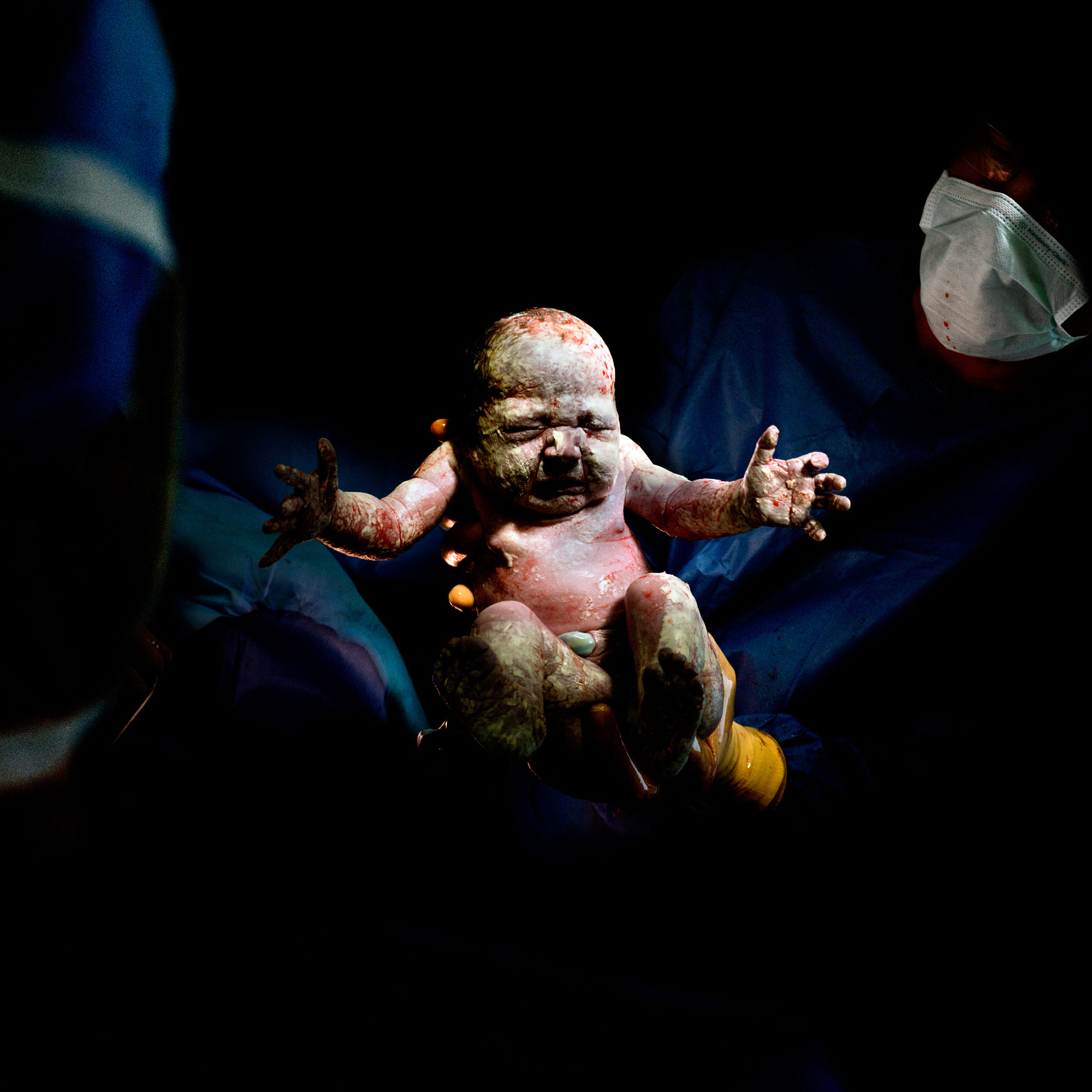 Christian Berthelot was shortlisted in the Portraiture category of the 2015 Sony World Photography Awards. He was born in 1976 and now lives and works in Brittany. In 2002, he obtained a professional qualification in photography and he became a show photographer for various theater and dance companies.

In 2012, through a meeting with an obstetrician, he discovered the world of the operating theater and of childbirth. Below he explains his unique and powerful series, “CESAR”.

You can enter the 2017 Sony World Photography Awards for free.

“CESAR” is about portraits of children. They were all born through caesarean section and are all only a few seconds old. They all survived.

When my son was born, I was in a parallel world. Only life mattered. I was a dad who accompanied his wife for the birth of their first child. I wanted all to be well. I wanted my son to be healthy. I was a father like the others.

In the operating room, the parents do not see what is happening on the other side of the operative field. We hear and we waited, we imagined. And then it got there, and it was the first time we saw our baby.

This adventure began almost by chance. A week after the birth of my child, I met Dr. Jean-François Morienval, an obstetrician in the hospital where my son was born. He loved photography, he knew I was a photographer and he wanted to discuss it with me.

We talked about my theater career as a photographer and his obstetrician profession. We have come to know and trust one another. 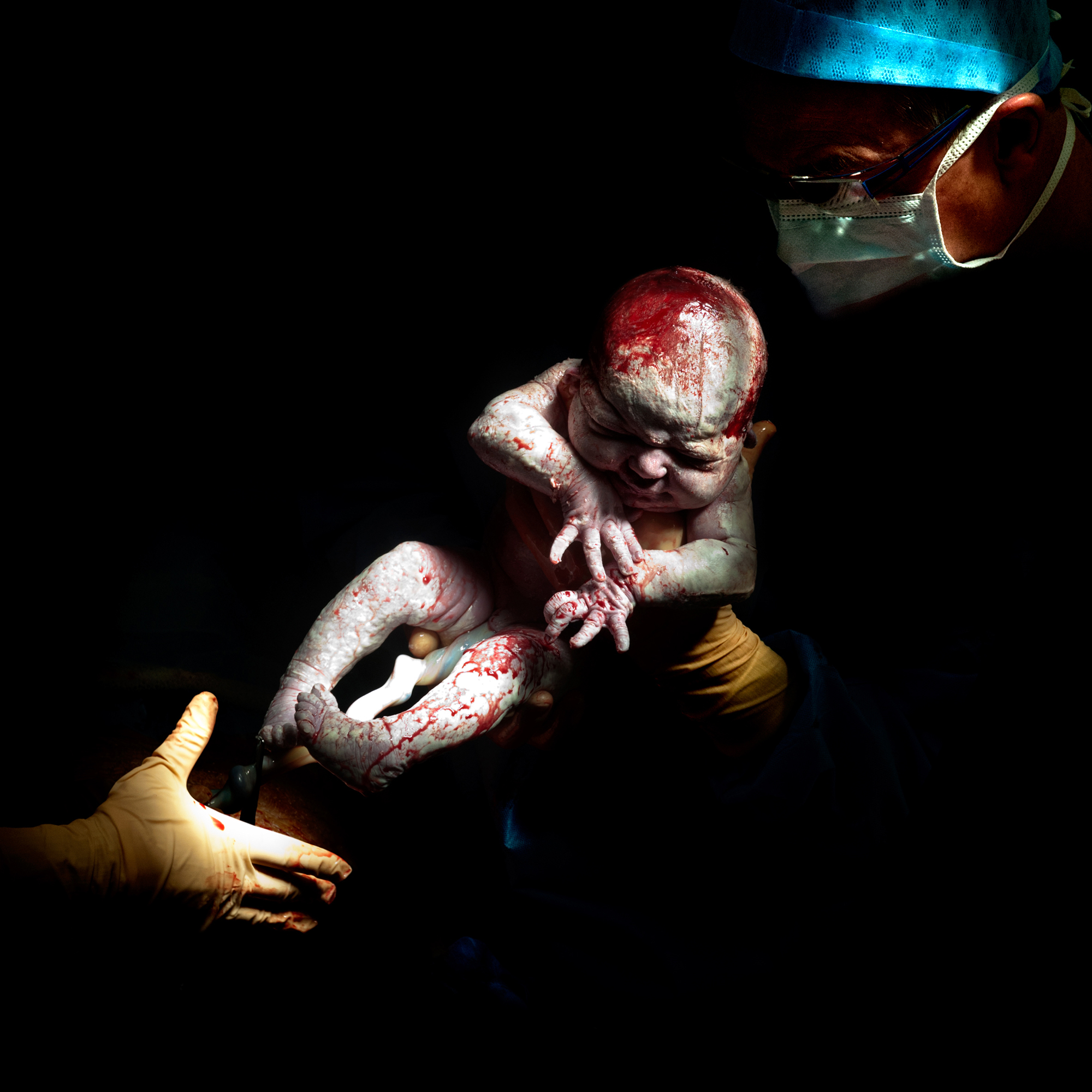 About six months later, he asked me if I would take photographs of the profession of midwifery in the operating room, if I would make cesarean photographs. I immediately said yes. But it took another six months before I took the first photographs.

During these six months, there was the preparation of my visit with the medical team, there were my training to work in surgical environments, requests for permission to take photographs in the clinic and requests for permission to take photographs of the mothers. And there was my mental preparation for what I was going to witness.

One evening the doctor called me to tell me that everything was close and that a caesarean was scheduled for the next day. I had to be present at 8am. I slept badly that night.

The next morning, I was ready. I had the impression of finding myself 1 year ago. I thought back to the birth of my son. The whole team was there and attentive. He watched me from the corner of his eye, to see how I would react if I was going to faint or run away. And I did not even know how I felt. So I hid behind my camera and I did my job.

Everything went very quickly. It was a big slap in my face. I made photographs throughout the duration of the surgery. When everything was over and everything was fine, I went home. I drank coffee and waited several days.

I knew I was not going to look at the world the same way.

To finish my work, I went back four times to the operating room. I delivered the photo report that the doctor had ordered me and I thought it was all over.

But some time later, I saw the images of the five babies I had photographed. My fascination had not disappeared. That's when I decided to develop and deepen this series, putting in the foreground the newborn and saw the artistic potential of my little models. So I contacted Dr. Morienval and clinic, and we organised to offer the parents photographs of the birth of their baby. The CAESAR series was born. Since then I have photographed more than 40 children.

My perspective on the birth has changed. I discovered the dangers of birth. It is for this reason that I have decided to show the beginnings of a new human being, during the first seconds of his life. I am interested in those first seconds only.

And what continues to amaze me is that it never stops. With each passing moment, a child is born, from all over the world, all the time. Birth never stops.

Currently, I continue to work on the theme of the birth of humans, but also the birth of the animals. Birth as a universal theme, but also because sometimes death arrives. And there is love too.

I know there are people who react badly to these images, who find it disgusting, they tell me that I do not have the right to show the children in the bloodstream, some even told me that it is not real, it is not true. This is absurd, children are not born in cabbages or roses. And there are those who are fascinated, I give them the opportunity to observe in detail the violence of birth, but there are also people like my wife, who encouraged me to do this work, because birth is beautiful.

Thank you again for your interest in these photographs, the CAESAR series. 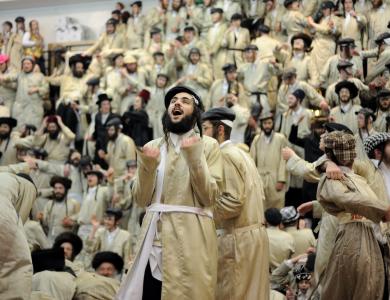