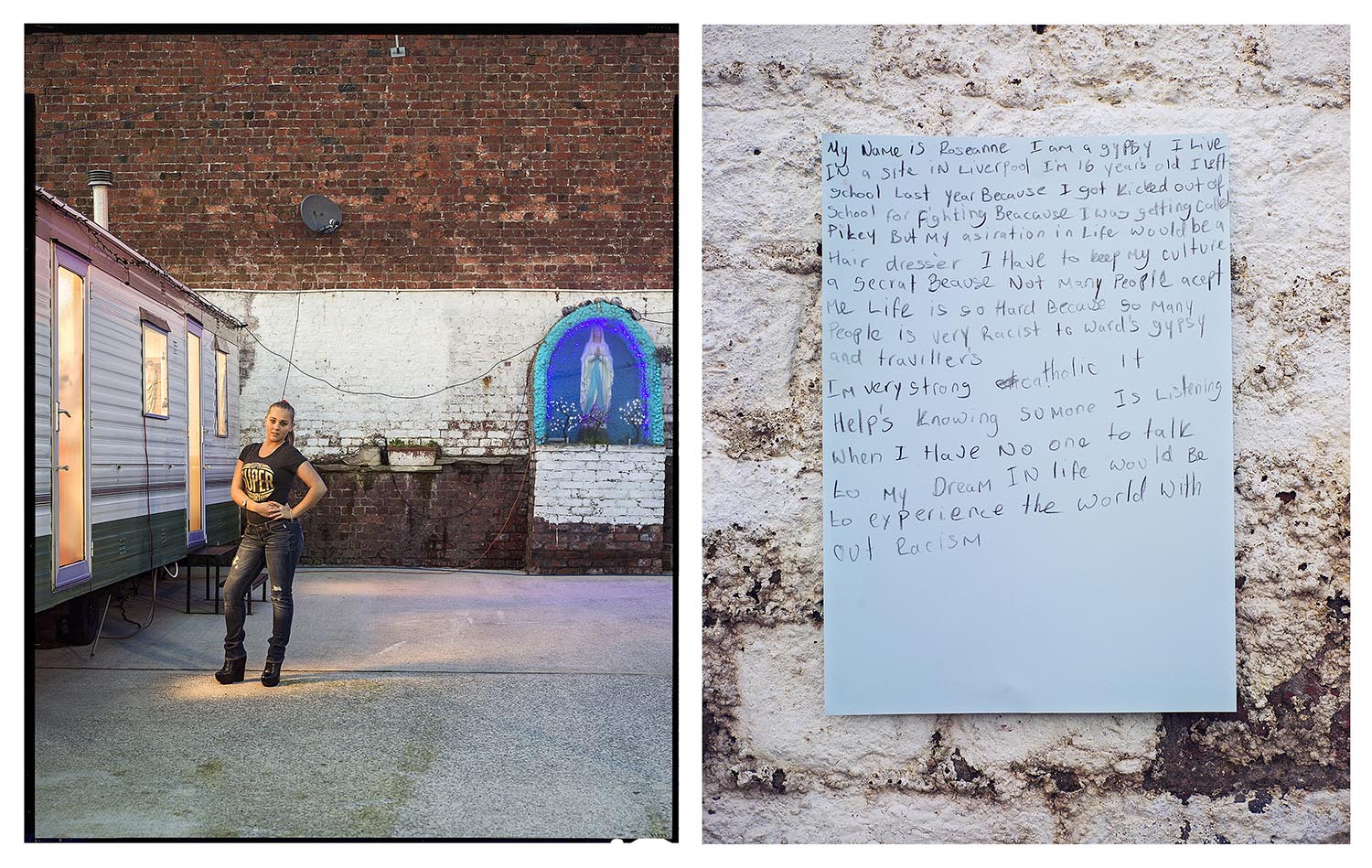 "The idea to ask each of the sitters to write their own testimony is borne out of a desire to work collaboratively with the young people and give them a voice to talk directly to the audience without the filter of a journalist's questions."

Craig Easton was shortlisted in the 2017 Sony World Photography Awards, with his series ‘Sixteen’. He shoots landscape and people photographs for clients and and personal projects worldwide.

‘Sixteen’ is a group project I am leading with fifteen other photographers all around the UK. The central idea behind the project is to give a voice to the next generation to speak to us about their dreams, their ambitions, their hopes and fears for their future. It explores how your upbringing, your social background, your ethnicity, gender, location etc all influence what you feel you can achieve in life and how you might fulfil your potential.

This first set of pictures that have been shortlisted in the Sony Awards are the original set that I shot to instigate the whole project. Going on from here, the group (eight women and eight men) are working collectively but still as individual photographers on a much wider series with sixteen year olds all around the UK. The aim is to exhibit and publish the work of the whole group as the project comes together over the next couple of years. We are at the early stages of building a network of partners and raising funding, but it is really exciting to be working with great friends, colleagues and photographers I admire on something which will certainly, in the end, become much more than a sum of it’s parts as each of us shoots in our own way and brings our own interests to exploring what it means to be sixteen in Britain today. Watch this space…. 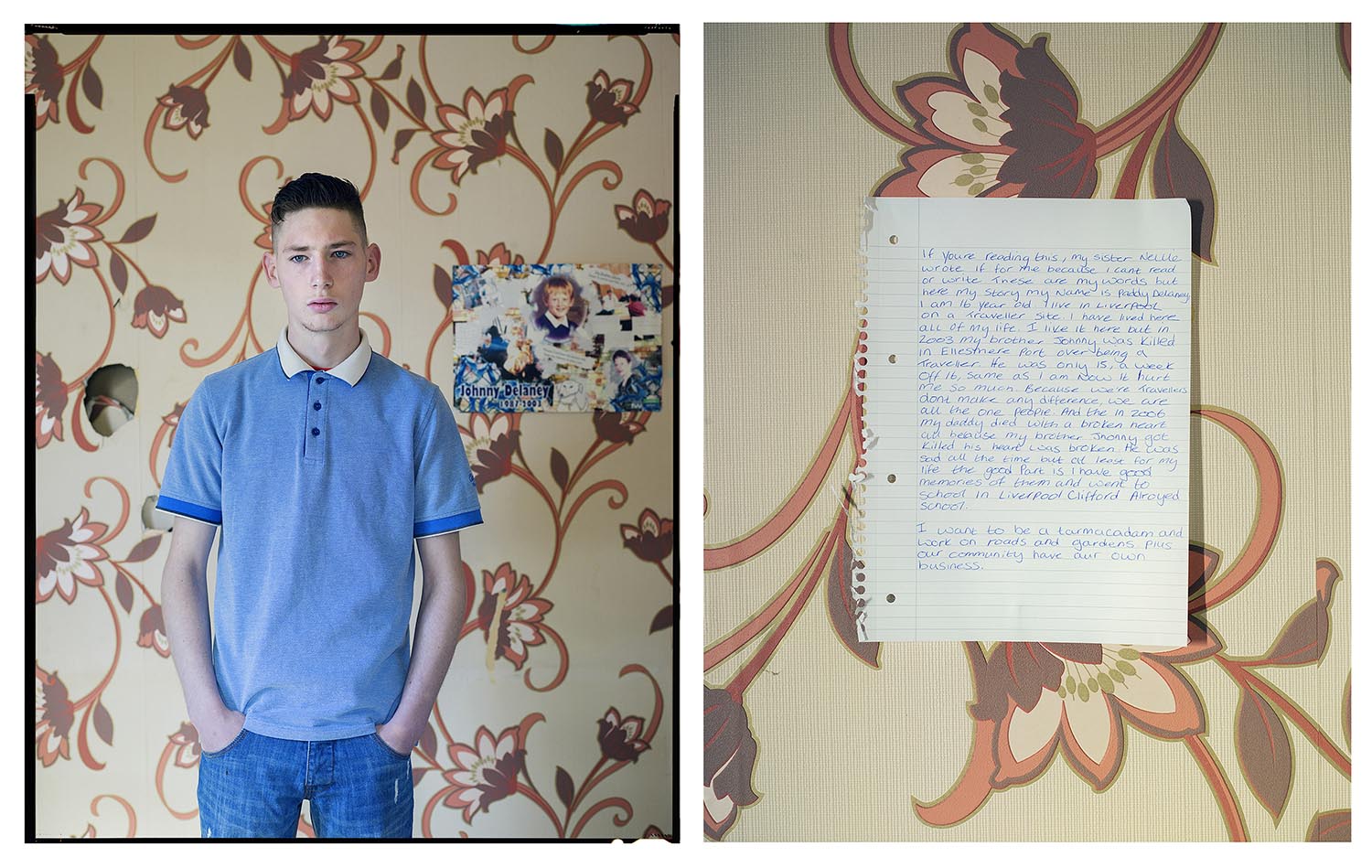 You have a couple of series with this similar layout, where did this idea come from?

The idea for the series originally grew out of some work I did on the Scottish Referendum in 2014. It was the first time that sixteen year olds were given the vote in the UK and I made a series of portraits of young people who would celebrate their sixteenth birthday on the day of the referendum, so they were the youngest people ever to vote in Great Britain. I was encouraged by how engaged with the process many of the sixteen year olds were, but also aware of the weight of responsibility some of them felt. In many ways it was their future more than anyone's that was at stake in the decision that could break up the 300 year old union.

Following on from that project I wanted to broaden out the idea to explore how sixteen year olds right across the UK felt about their future and the world they were going to inherit. In a time of great political turmoil and concerns over the environment, global terrorism, economics etc I wanted to examine what the future might hold for the next generation.

The idea to ask each of the sitters to write their own testimony is borne out of a desire to work collaboratively with the young people and give them a voice to talk directly to the audience without the filter of a journalist's questions. My own approach, to present their handwritten texts alongside the photographs, is being adapted by the group to explore other ways of giving the young people a direct voice too. 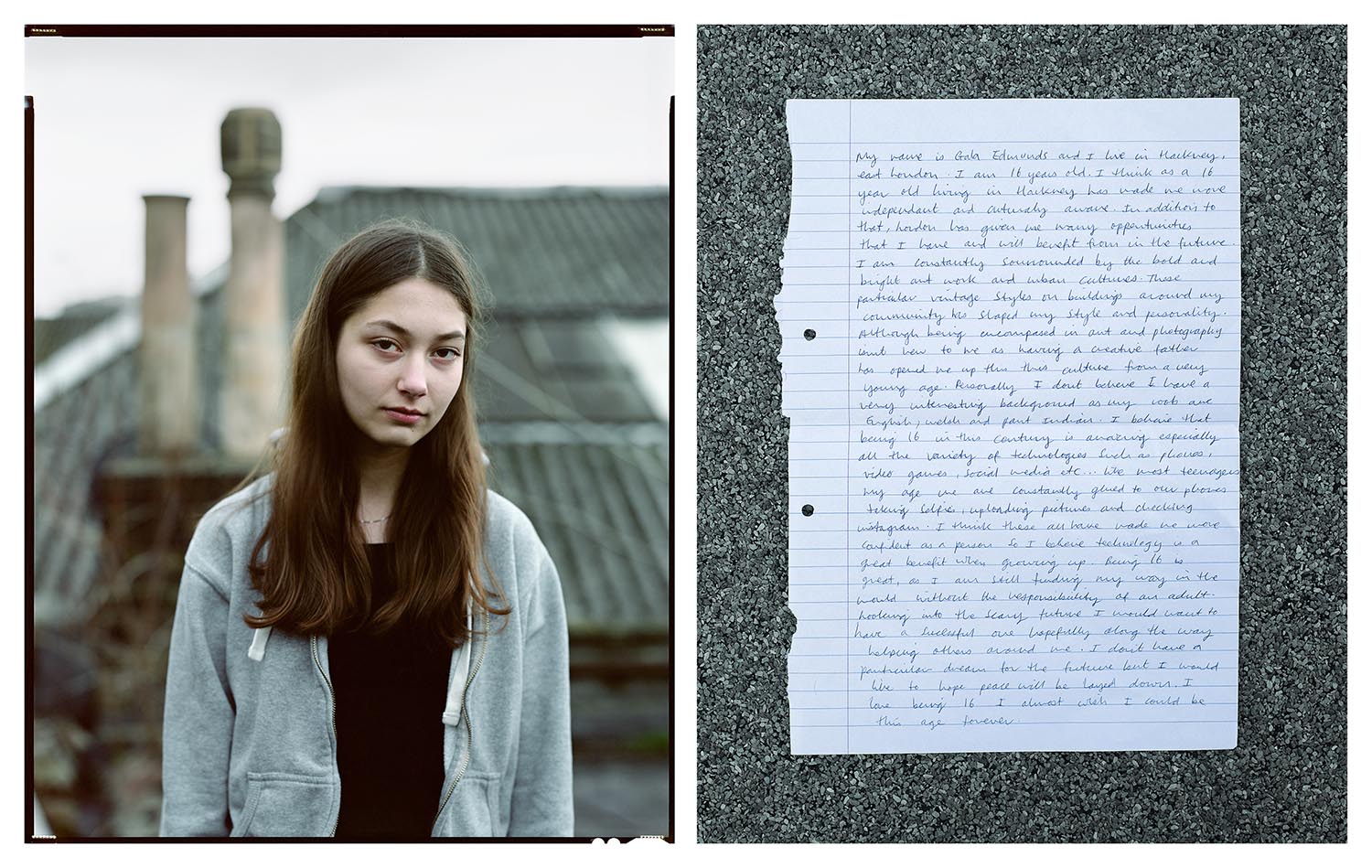 When selecting a series of 10 images, how do you decide what to put in and what to take out?

Simple - these are the first ones I shot! I’ve done more since and the work is continuing, but at this stage the selection made itself. As I shoot more and the rest of the group contributes their own series, there will, of course, be a process of selecting and editing, but that is something we will be working on with an outside curator - on such a wide ranging project it’s important that all demographics are covered whilst at the same time ensuring that the work from each of us is sufficiently different but complimentary to make the series both visually interesting and informative. And there will be sixteen strong minded, independent photographers to work with so it’ll be interesting to see and hear the debates.

Wow, that’s a big question. For me photography is primarily about storytelling and communication. It’s a way of exploring the world, how we live, our relationships, etc. Right from the start when I worked at The Independent newspaper in London I was photographing things I cared about, it was always more about the subject than the picture, although making pictures that are interesting and engaging in their own right is an essential part of encouraging the viewer to think more deeply about the subject. It’s no good shooting an interesting subject in a dull, uninspiring or deliberately obscure, conceptual way that either bores or confuses the audience.

For me there has to be a ‘way-in’ for the audience, especially in documentary photography. If it’s not accessible and the viewer needs a degree in visual anthropology to understand the work, then why are you doing it? (Before I get shot down, I might need to qualify that by saying I can think of many fantastic conceptual approaches to documentary photography that I absolutely love and that work brilliantly precisely because the concept is both interesting and accessible)

I’m very fortunate that I travel extensively with my work and photography really is a universal language. I feel now that photography is more important than ever, it can bring people together and can break down the artificial barriers that are created by those that fan the flames of hate by whipping up a fear of the unknown or unseen. Photography, I believe, has an extraordinary ability to make the unknown known and the unseen seen which is essential to a civil global society. 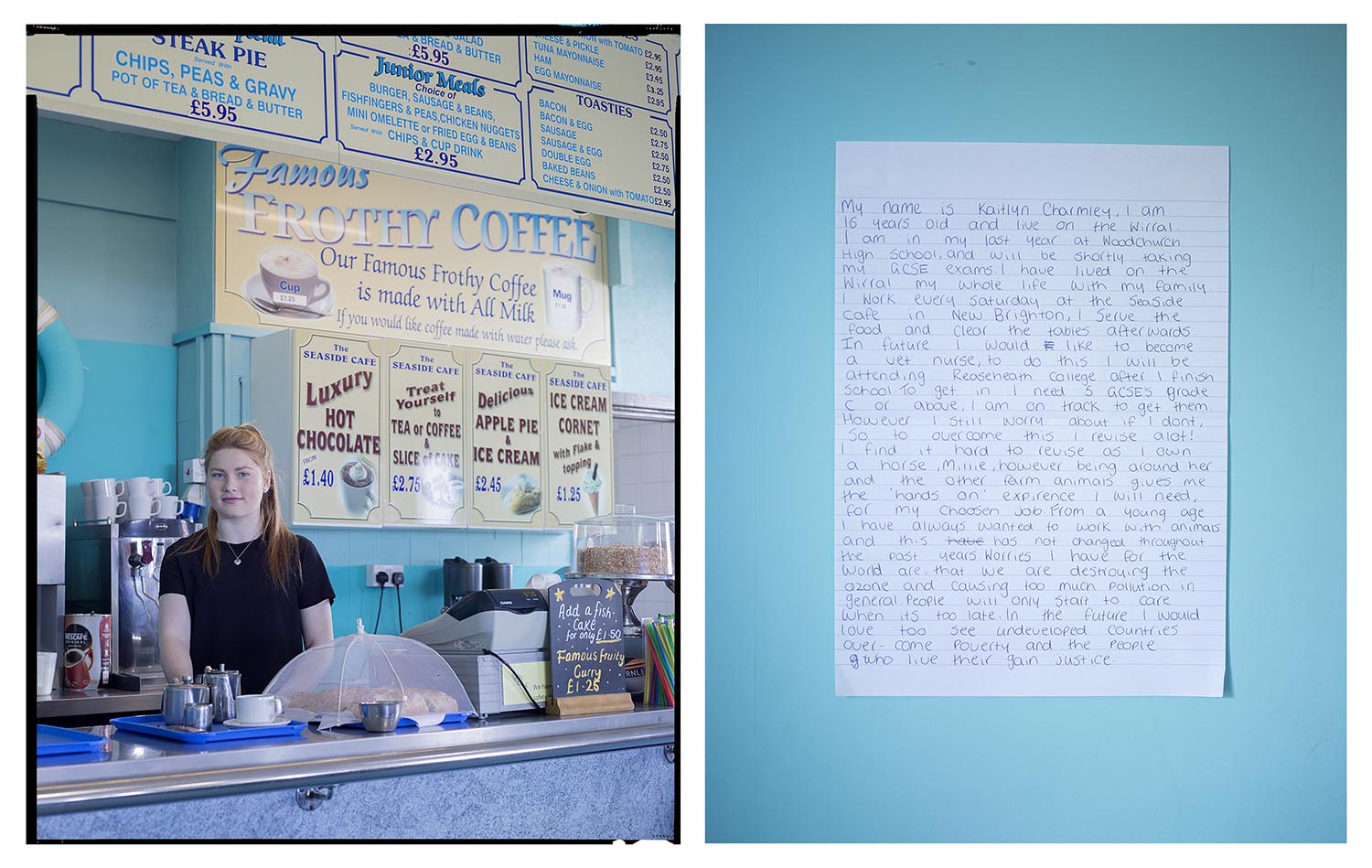 Oh, a million new things…. I’ve always got various half started, half finished, half thought out ideas on the go, but at the moment I’m focussing on getting this group project off the ground. That means bringing in a producer, raising funds, finding sponsorship, arranging an exhibition schedule etc. It’s an exciting time, but a lot of work…..and I do need to keep shooting commissioned work too! 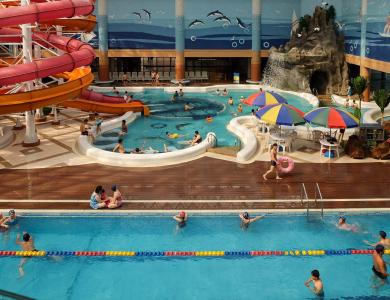 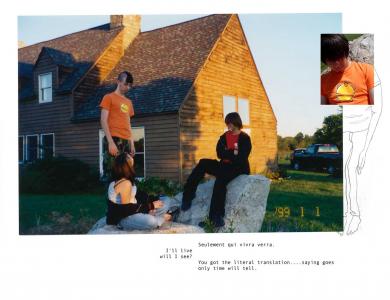