The fascinating architecture of cooling towers

Reginald Van de Velde (Belgium, 1975) describes his work as "trying to capture the momentum of a fragile abandonment." His photographs are showcase the splendour found in derelict hospitals, mothballed monasteries, defunct power stations, crumbling castles and many other dormant structures - the result of "an intangible desire to explore what mankind has left behind."
Tell us more about your series ‘The Fascinating Architecture of Cooling Towers' - when did the project begin and how did it progress?
My fascination for cooling towers started way back in 2009. It was the time I visited a decommissioned power plant in Charleroi, Belgium. The plant was huge and featured a cooling tower to get rid of excess heat. I was so curious to find out what the interior of a cooling tower looked like, and upon entering it I was just baffled. The scale and dimensions were outrageous. The architecture was mind-blowing. The feeling was otherworldly. It was love at first sight.
This peculiar visit triggered my desire to explore other cooling towers. I researched industrial zones in Belgium and tried to pinpoint towers by using Google Maps. In the first phase this series focused on cooling towers that were inactive. 2011 marked a shift as I went to document my first active cooling tower. It’s incredibly hard to capture a cooling tower in full activity. The noise is enormous and it’s advisable to wear a respirator mask because there’s not much oxygen amidst the hot moist. But the most difficult part is actually shooting the place: the lens of your camera will be much colder than the hot and wet environment you’re in. Within seconds your lens is covered in damp, making it impossible to take a picture. You need to adjust your camera and lens to the interior temperatures before shooting.
Once I visited all the cooling towers Belgium had to offer, I expanded my working area to France, UK, Germany, Italy, and even beyond. It’s incredible how many towers I did so far, and not a single one had an identical design. Each tower has its unique architecture, and I will never get bored exploring them.

A photo posted by World Photography Organisation (@worldphotoorg) on Oct 3, 2016 at 9:03am PDT

This week on #WPOfavs: @suspiciousminds and his series ‘The Fascinating Architecture of Cooling Towers'. Belgian photographer Reginald Van de Velde explored the inner workings and mechanisms of cooling towers across Europe. Capturing active ones, decommissioned ones, cooling towers on maintenance and cooling towers slated for demolition. Photo: Unreal scenery resembling the set of a sci-fi movie. This is the view inside a defunct cooling tower in Belgium. #Architecture #CoolingTowers #Interiors #Europe

A photo posted by World Photography Organisation (@worldphotoorg) on Oct 5, 2016 at 1:26am PDT

Why photography?
Started way back when I was 14 years old. My dad gave me an old analog Pentax camera, and I experimented a lot with black & white film, long exposures, ... I’ve been documenting abandoned places since my childhood, on an irregular basis. Things really took off when I bought my first DSLR, in 2007. From that moment on I never looked back and started to travel extensively, capturing the lost grandeur and stark beauty of our world's fragile abandonments.
What attracts you to derelict hospitals, mothballed monasteries, defunct power stations and crumbling castles?
The town in which I grew up had lots of abandoned places: castles, villas, some factories. From a very young age my friends and I would venture into those forbidden structures and make them ours, turning them into our playgrounds. I reflect on those juvenile times a lot. We were without a care in the world, already exploring beyond the boundaries of any rules that could be imposed on us. Escapism is at the basis of my today’s explorations, and it’s the solitude I want to capture and show through my photographs.

Photo by @suspiciousminds, from his series ‘The Fascinating Architecture of Cooling Towers'. Belgian photographer Reginald Van de Velde explored the inner workings and mechanisms of cooling towers across Europe. Capturing active ones, decommissioned ones, cooling towers on maintenance and cooling towers slated for demolition. Photo: Passage to nowhere: a catwalk disappears into the warm moist air that rises from this active cooling tower, Belgium. #Architecture #CoolingTowers #Interiors #Europe

A photo posted by World Photography Organisation (@worldphotoorg) on Oct 10, 2016 at 2:47am PDT

Photo by @suspiciousminds, from his series ‘The Fascinating Architecture of Cooling Towers'. Belgian photographer Reginald Van de Velde explored the inner workings and mechanisms of cooling towers across Europe. Capturing active ones, decommissioned ones, cooling towers on maintenance and cooling towers slated for demolition. Photo: A structure that resembles the look &amp; feel of a cooling tower: this is the view inside a gasometer, an industrial recipient used for the storage of natural gas. Belgium. #Architecture #CoolingTowers #Interiors #Europe

A photo posted by World Photography Organisation (@worldphotoorg) on Oct 10, 2016 at 2:48am PDT

Do you have a photographic philosophy?
J.M. Barrie once wrote: “All children, except one, grow up.“ I eventually grew up, but what seeped into my adulthood, as well as into my photographs, was the undeniable Peter Panish thirst for adventure and a wish to stop time. Or at least make it flow a little slower.
I consider myself a hunter for moments perfectly still in time, audibly quieter than the deafening humanity around us ever so busy with its realities and worries. And in those moments my work begins. Instead of a wooden sword and a red-feathered hat, I play with symmetry and cameras, ever searching for the freshness of a new sight.
It is quite ironic, in a sense, to seek out freshness precisely in those places where there is none left. Yet in a world in which all the information is readily available at the tips of our fingers, that freshness remains a precious commodity, along with time. I wish to offer my viewers both of these things. To distort their perception of time as much as it is distorted in the places they are looking at. To offer them a tiny fraction of solitude in a world moving too fast. To let them catch their breaths. To put a wooden sword in their hands and a red-feathered hat on their heads.
Where in the world are you and what's next?
I’m residing in Belgium and my next trip will probably be eastbound, towards Asia.
suspiciousminds.com
instagram.com/worldphotoorg 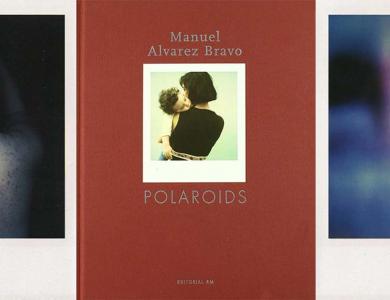 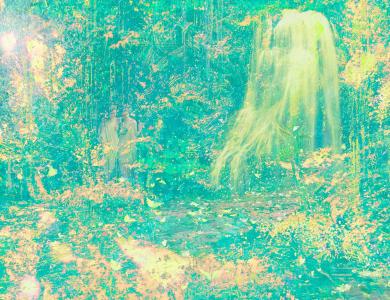